Archivist of the United States David S. Ferriero announced today that Thomas Lowry, a long-time Lincoln researcher from Woodbridge, VA, confessed on January 12, 2011, to altering an Abraham Lincoln Presidential pardon that is part of the permanent records of the U.S. National Archives. The pardon was for Patrick Murphy, a Civil War soldier in the Union Army who was court-martialed for desertion.

Lowry admitted to changing the date of Murphy’s pardon, written in Lincoln’s hand, from April 14, 1864, to April 14, 1865, the day John Wilkes Booth assassinated Lincoln at Ford’s Theatre in Washington, DC. Having changed the year from 1864 to 1865, Lowry was then able to claim that this pardon was of significant historical relevance because it could be considered one of, if not the final official act by President Lincoln before his assassination.

The images and video are in the public domain and not subject to any copyright restrictions. 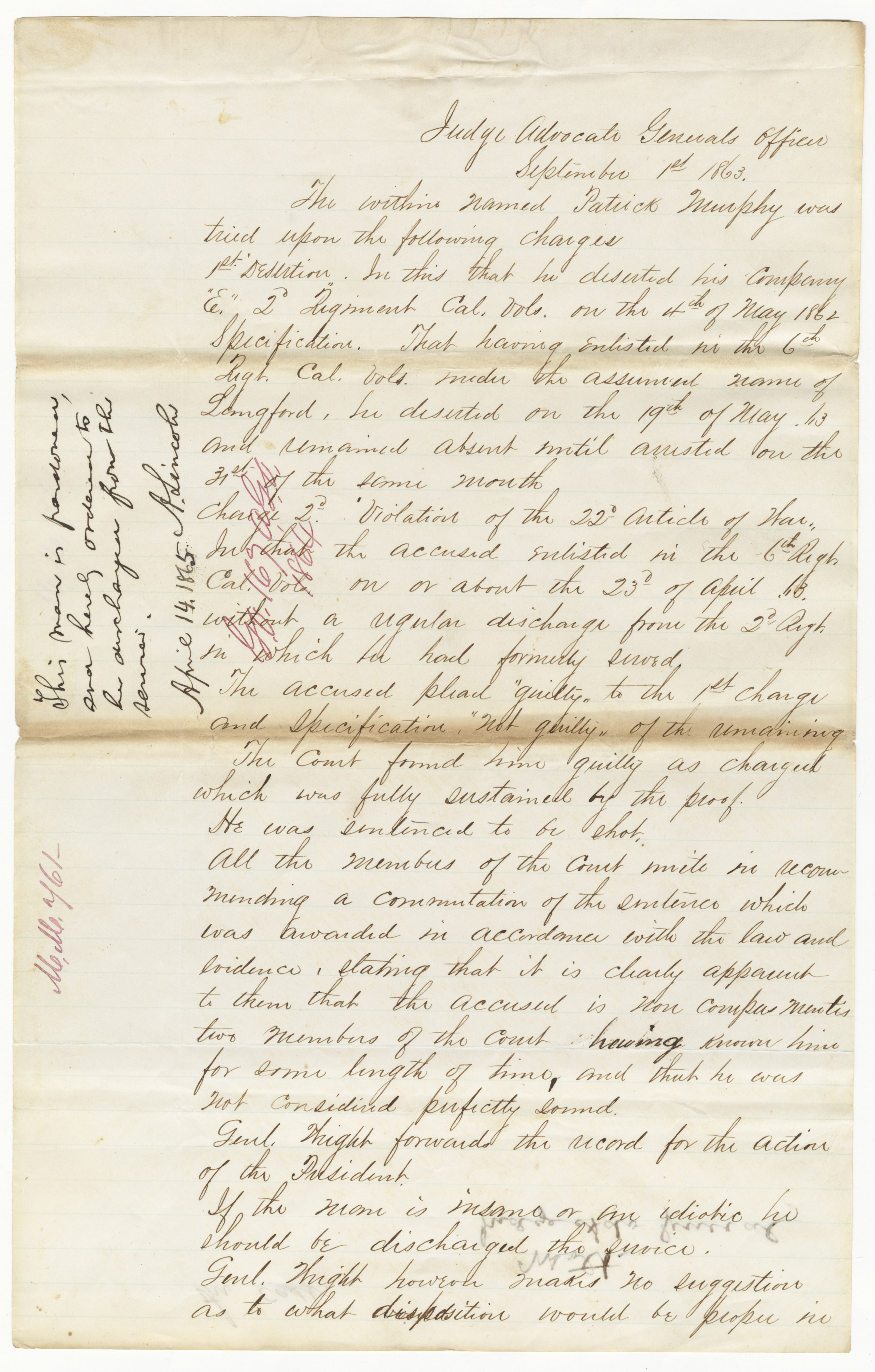 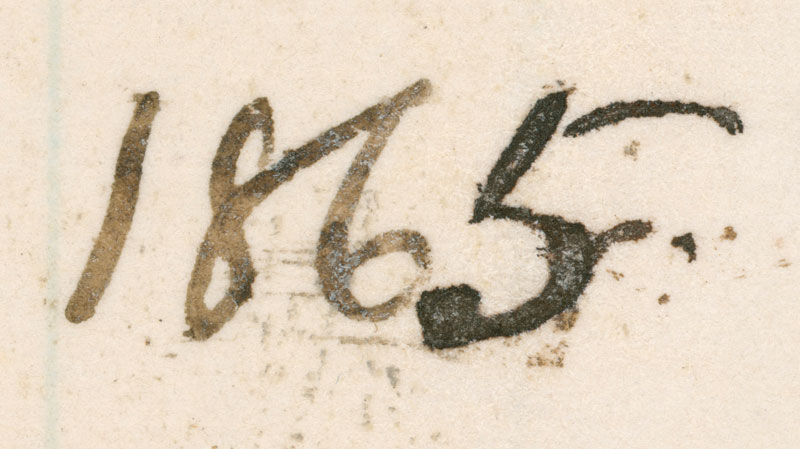 Close up of the altered date: Long-time Lincoln researcher Thomas Lowry admitted to changing the date of Murphy's pardon, written in Lincoln's hand, from April 14, 1864 to April 14, 1865. Records of the Judge Advocate General (Army) National Archives. 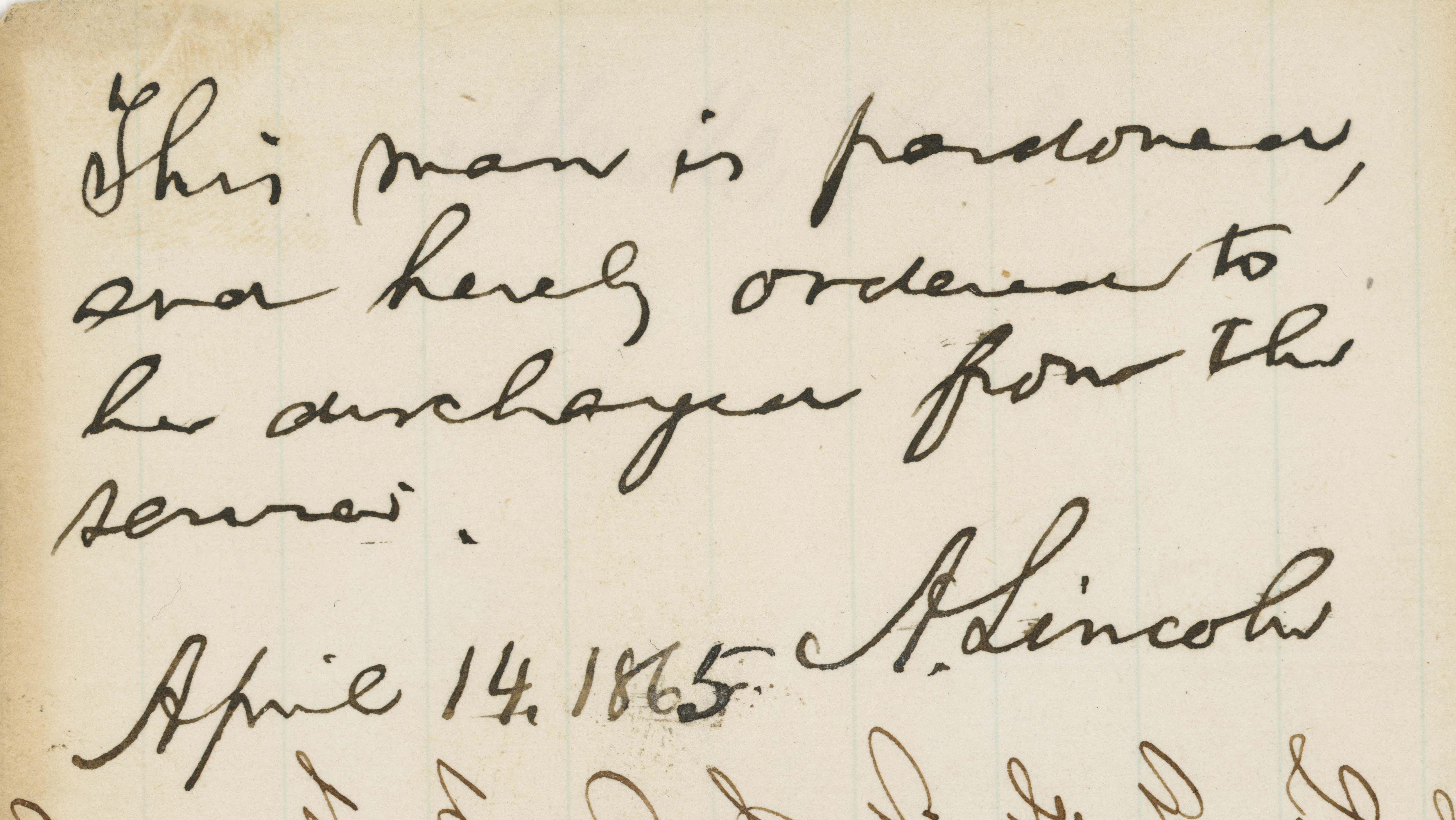 Close up of altered date and Abraham Lincoln. "A. Lincoln" signature from a President Lincoln pardon for Patrick Murphy, a Civil War soldier in the Union Army.

In 1998, Lowry was recognized in the national media for his “discovery” of the Murphy pardon, which was placed on exhibit in the Rotunda for the Charters of Freedom in the National Archives Building in Washington, DC. Lowry subsequently cited the altered record in his book, Don’t Shoot That Boy: Abraham Lincoln and Military Justice, published in 1999.

In making the announcement, the Archivist said, “I am very grateful to Archives staff member Trevor Plante and the Office of the Inspector General for their hard work in uncovering this criminal intention to rewrite history. The Inspector General’s Archival Recovery Team has proven once again its importance in contributing to our shared commitment to secure the nation’s historical record.”

National Archives archivist Trevor Plante reported to the National Archives Office of Inspector General that he believed the date on the Murphy pardon had been altered: the “5” looked like a darker shade of ink than the rest of the date and it appeared that there might have been another number under the “5”. Investigative Archivist Mitchell Yockelson of the Inspector General’s Archival Recovery Team (ART) confirmed Plante’s suspicions.

On January 12, 2011, Lowry ultimately agreed to be interviewed by the Office of the Inspector General’s special agent Greg Tremaglio. In the course of the interview, Lowry admitted to altering the Murphy pardon to reflect the date of Lincoln’s assassination in violation of 18 U.S.C. § 2071. Against National Archives regulations, Lowry brought a fountain pen into a National Archives research room where, using fadeproof, pigment-based ink, he altered the date of the Murphy pardon in order to change its historical significance.

Inspector General Paul Brachfeld expressed his tremendous appreciation for the work of Plante and the Inspector General’s Archival Recovery Team in resolving this matter. Brachfeld added that “the stated mission of ART is ‘archival recovery,’ and while the Murphy pardon was neither lost or stolen, in a very real way our work helped to ‘recover’ the true record of a significant period in our collective history.”

At a later date, National Archives conservators will examine the document to determine whether the original date of 1864 can be restored by removing the “5”.

This page was last reviewed on July 17, 2018.
Contact us with questions or comments.