Ever wondered where your family lived before WWII;  whether they owned their home; if they ever attended high school or college; if they were born in the United States, and if not, where?  Unlocking family mysteries and filling in the blanks about family lore became much easier today with the release of the 1940 census by the National Archives and Records Administration.  By law the information on individuals in the decennial censuses, which is mandated by the U.S. Constitution, is locked away for 72 years.

In a 9 a.m. ceremony in the William G. McGowan Theater, Archivist of the United States David S. Ferriero declared the 1940 census officially open. This is the 16th decennial census, marking the 150th anniversary of the census.  Performing the first search, Mr. Ferriero said, “It is very exciting for families across America to have access to this wealth of material about the 1930s.  Many of us will be discovering relatives and older family members that we didn’t know we had, picking up threads of information that we thought were lost, and opening a window into the past that until now has been obscured We now have access to a street-level view of a country in the grips of a depression and on the brink of global war.”

Dr. Robert Groves, Director of the U.S. Census Bureau added: “Releasing census records is an odd event for us; we spend all our lives keeping the data we collect confidential. However, once every 10 years, we work with the National Archives and Records Administration to release 72-year old census records that illuminate our past. We know how valuable these records are to genealogists and think of their release as another way to serve the American public.”

For the first time, the National Archives is releasing an official decennial census online. The 3.9 million images constitute the largest collection of digital information ever released by the National Archives.  The free official website http://1940census.archives.gov/, hosted by Archives.com, includes a database of Americans living within the existing 48 states and 6 territories on April 2, 1940.

“There is a great synergy between the National Archives and Archives.com stemming from our passion to bring history online,” said John Spottiswood, Vice President, Business Development, Archives.com.  He continued, “It has been a tremendous opportunity to work with the National Archives to bring the 1940 census to millions of people, the most anticipated record collection in a decade. In a short period, we’ve built a robust website that allows people to browse, share, print, and download census images. We encourage all to visit 1940census.archives.gov to get started on their family history!”

To make the search for information easier, the National Archives has joined a consortium of groups to create a name-based index.  Leading this effort, FamilySearch is recruiting as many as 300,000 volunteers to enter names into a central database.

Questions asked in the 1940 census, which reflect the dislocation of the Great Depression of the 1930s, will yield important information not only for family historians and genealogists, but also for demographers and social and economic historians.  We learn not only if a family owned or rented their home, but the value of their home or their monthly rent.  We can find lists of persons living in the home at the time of the census, their names, ages and relationship to the head of household.  For the first time the census asked where a family was living five years earlier: on April 1, 1935.  This information might offer clues to migration patterns caused by the Dust Bowl and the Great Depression.  For the first time in the census, a question relating to wages and salary was asked. Persons 14 years old and over were asked questions regarding their employment status:  Were they working for pay or profit in private or nonemergency government work during the week of March 24–March 30, 1940?  Were they seeking work? How many hours did they work during the last week of March? How many weeks did they work in 1939?  What was their occupation and in what industry?

Celebrities in the 1940 Census: 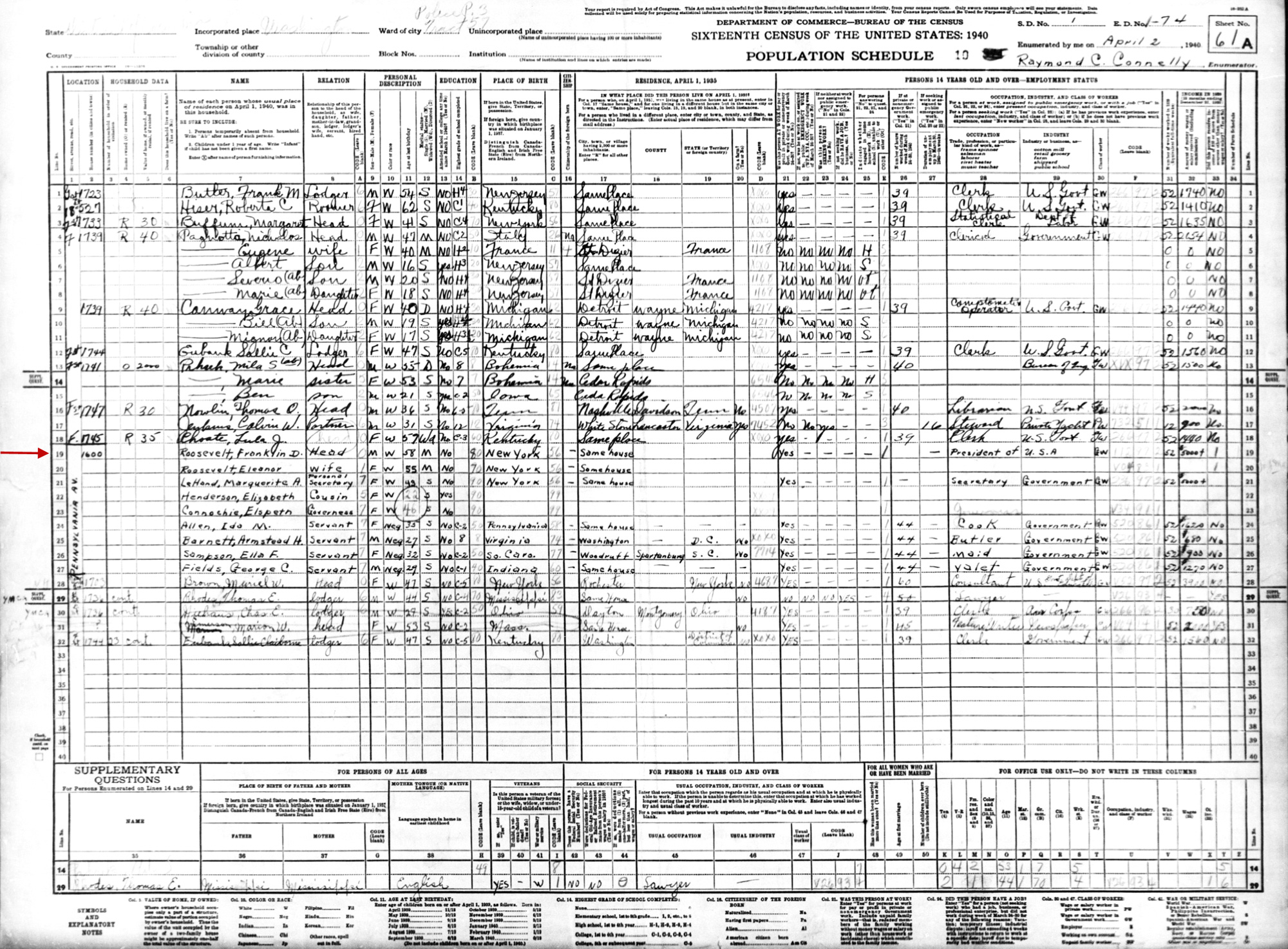 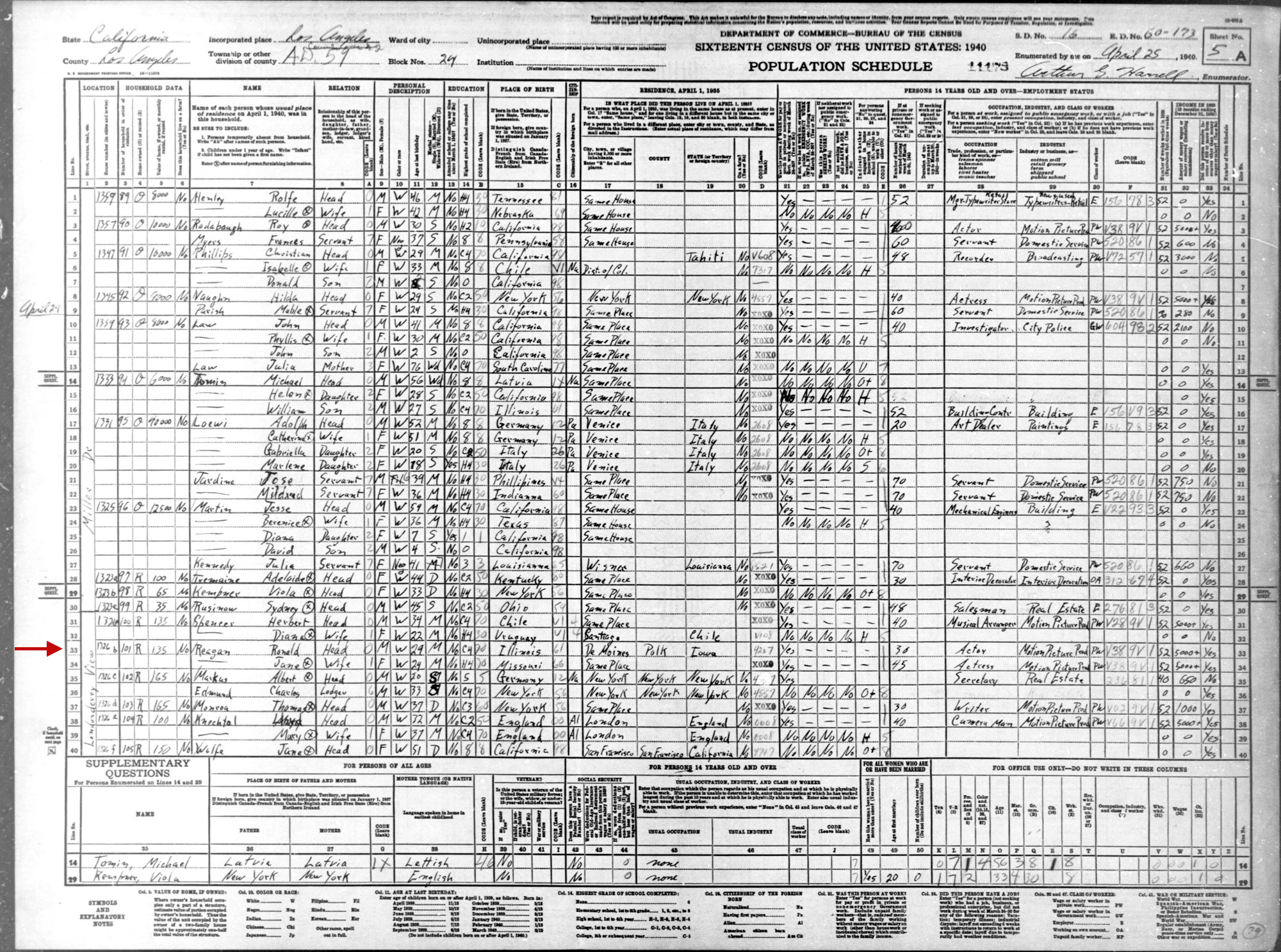 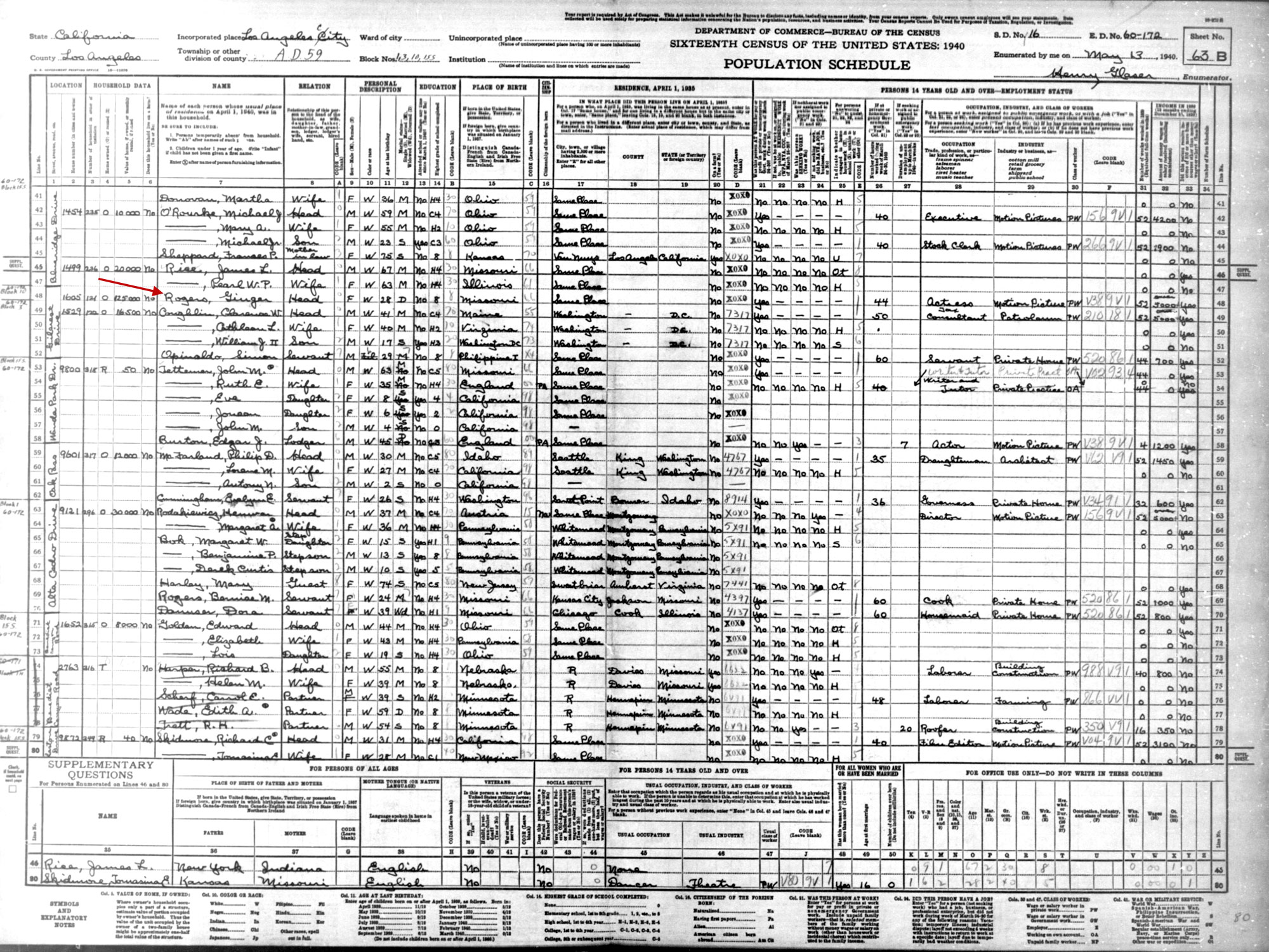 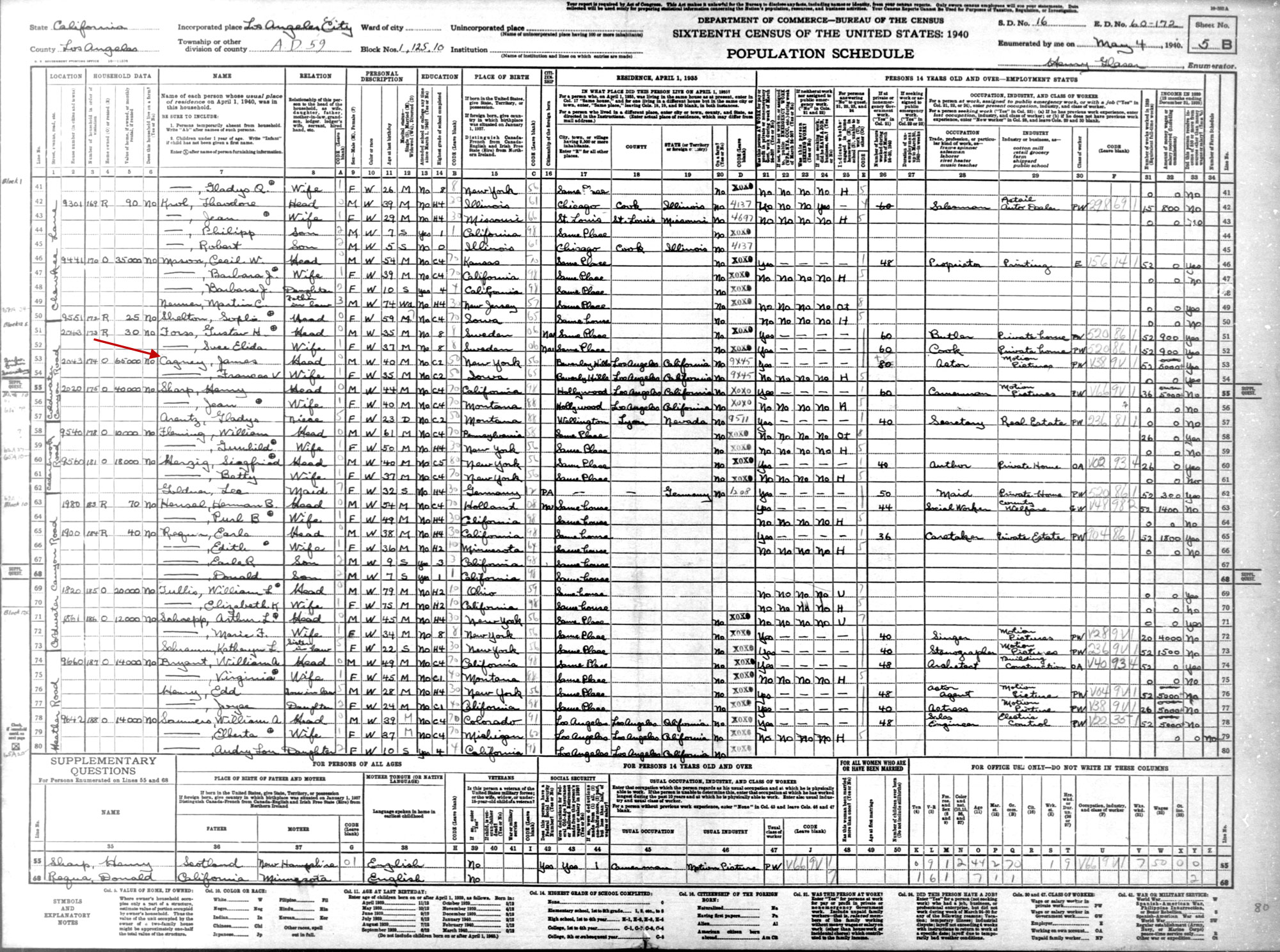 This page was last reviewed on August 25, 2022.
Contact us with questions or comments.