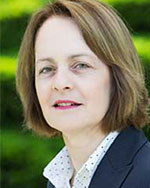 Mary Jo Salter is the author of seven books of poetry, all published by Alfred A. Knopf. Her most recent are Nothing by Design (2013) and A Phone Call to the Future: Selected Poems (2008). She is also a co-editor of The Norton Anthology of Poetry, fourth and fifth editions. An essayist, playwright, and author of a children's book, she also works as a lyricist. Her lyrics for jazz pianist and composer Fred Hersch resulted in the song cycle Rooms of Light, which premiered at Lincoln Center in 2007. Among her awards are Guggenheim, Rockefeller, and Bogliasco fellowships. After teaching many years at Mount Holyoke College, she is Krieger- Eisenhower Professor at The Writing Seminars at Johns Hopkins University. She lives in Baltimore. 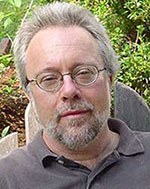 David Wojahn is the author of eight collections of poetry, most recently Interrogation Palace: New and Selected Poems 1982-2004, which was a named finalist for the Pulitzer Prize, and World Tree, a winner of both the Academy of American Poets' Lenore Marshall Prize, and the Poets' Prize. He has been the recipient of numerous awards and honors, among them a Guggenheim Fellowship, two fellowships from the National Endowment for the Arts, and the Amy Lowell Traveling Poetry Scholarship. He teaches at Virginia Commonwealth University and in the MFA in Writing Program of Vermont College of Fine Arts. 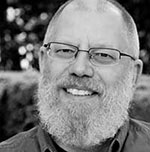 Eric Pankey is the author of ten collections of poetry, recently Trace, Dismantling the Angel and the forthcoming Crow-Work. He is the recipient of a Walt Whitman Award, National Endowment for the Arts fellowship, a Guggenheim Fellowship, and a Library of Virginia Poetry Prize. His work has appeared in The New Yorker, The Iowa Review, The Kenyon Review, Field, Gettysburg Review, and Poetry Daily, as well as numerous anthologies including The Best American Poetry 2011. He is currently Professor of English and the Heritage Chair in Writing at George Mason University. He lives in Fairfax, Virginia.? 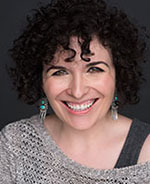 Jehanne Dubrow is the author of four poetry collections, including most recently Red Army Red and Stateside, and is the co-editor of The Book of Scented Things: 100 Contemporary Poems About Perfume. In 2015, University of New Mexico Press will publish her fifth book of poems, The Arranged Marriage. Her work has appeared in Southern Review, The New England Review, Poetry, Ploughshares, and Prairie Schooner. She is the Director of the Rose O'Neill Literary House and an Associate Professor of creative writing at Washington College, where she edits the national literary journal, Cherry Tree. 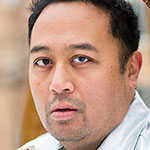 Regie Cabico took top prizes in the 1993, 1994 and 1997 National Poetry Slams and is a former Nuyorican Poets Grand Slam Champion. He co-edited Flicker & Spark: A Contemporary Anthology of Queer Poetry and Spoken Word (Lowbrow Press, 2013). Television appearances include HBO's Def Poetry Jam and NPR's Snap Judgement. He received a 2006 New York Innovative Theater Award as part of the New York Neo-Futurist's Too Much Light Makes The Baby Go Blind and fellowships from The New York Foundation for the Arts and The DC Commission for the Arts and Humanities. His latest solo play, Godiva Dates and One Night Stands, received critical acclaim at the 2013 Capital Fringe Festival. He performs throughout North America and the United Kingdom and resides in Washington, DC. 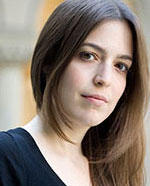 Sandra Beasley is author of three poetry collections: Count the Waves, forthcoming in 2015 from W. W. Norton; I Was the Jukebox, winner of the Barnard Women Poets Prize; and Theories of Falling, winner of the New Issues Poetry Prize. Honors for her work include the Center for Book Arts Chapbook Prize, writing fellowships at Cornell College and Lenoir- Rhyne University, and two DCCAH Artist Fellowships. Her most recent book is the memoir Don't Kill the Birthday Girl: Tales from an Allergic Life. She lives in Washington, D.C., and is on the faculty of the low-residency MFA program at the University of Tampa. 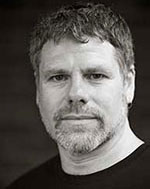 Joshua Weiner is the author of three books of poetry, most recently, The Figure of a Man Being Swallowed by a Fish (Chicago, 2013). He is also the editor of At the Barriers: On the Poetry of Thom Gunn, and the poetry editor at Tikkun magazine. He is the recipient of a Whiting Writers' Award, the Rome Prize from the American Academy of Arts and Letters, and a 2014 fellowship from the Guggenheim Memorial Foundation, among others. A professor of English at the University of Maryland, he lives with his family in Washington DC. 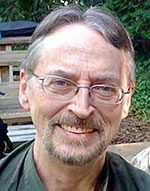 Terence Winch's seven books of poems include This Way Out (Hanging Loose Press, 2014); Lit from Below (Salmon Press, Ireland, 2013); Falling out of Bed in a Room with No Floor (HLP, 2009); Boy Drinkers (HLP, 2007), which focuses on his upbringing in Irish- Catholic New York; The Drift of Things (The Figures, 2001); The Great Indoors (Story Line Press, 1995), which won the Columbia Book Award; and Irish Musicians/American Friends (Coffee House Press, 1985), which won an American Book Award. That Special Place: New World Irish Stories (HLP, 2004) is a collection of non-fiction pieces centering around his life in Irish music, primarily with the original Celtic Thunder, the band he founded with his brother Jesse in 1977. In 2007, he released a CD compilation of his Irish compositions called When New York Was Irish, named after his best-known song.

Winch's work appears in more than 30 major anthologies, including the Oxford Book of American Poetry, four volumes of Best American Poetry, and Poetry 180. He has won a National Endowment for the Arts Fellowship in poetry, as well as other grants and awards. The subject of a profile on National Public Radio's "All Things Considered," Winch has also been featured many times on Garrison Keillor's radio program, "The Writer's Almanac."