Today, the National Archives welcomed its millionth visitor for Fiscal Year 2016. Rising third grader Alex Dunwoody, from Darien, Illinois, was warmly greeted by Archivist David S. Ferriero. He was accompanied by his parents, Wini and David, and brother Nicholas. This was Alex’s first visit to the National Archives.

Alex and his family are four of the many visitors who come to the National Archives each year to see the Rotunda for the Charters of Freedom, the Records of Rights and Public Vaults exhibitions, programs and films in the William G. McGowan Theater, and changing exhibits in the Lawrence F. O’Brien Gallery.

The Charters of Freedom: Our Nation’s Founding Documents exhibit takes a fresh look at the Declaration of Independence, the Constitution, and the Bill of Rights and uses facsimiles of historical documents from the holdings of the National Archives to answer two key questions about each Charter --“How did it happen?” and “Why is it important?” This exhibit is an attempt to answer questions visitors often ask when see the Charters.

The O’Brien Gallery is a 3,000 square-foot gallery for special and traveling exhibitions at the National Archives. The current exhibition, Amending America, explores the remarkably American story of how we have amended, or attempted to amend, our Constitution in order to form "a more perfect union". On display through September 4, 2017. Presented in part by AT&T, HISTORY®, the Lawrence F. O’Brien Family, Seedlings Foundation, and the National Archives Foundation.

The Records of Rights exhibition in the David M. Rubenstein Gallery incorporates stories of many individuals, including African-Americans, women, and immigrants, whose struggle for rights in the decades following the Declaration of Independence is documented in records at the National Archives. At the center of the exhibit is a 17-foot interactive table where visitors can become part of the exhibit by exploring and sharing additional records.

The Public Vaults exhibition brings visitors beyond the Rotunda and creates the feeling of entering the stacks and vaults of the National Archives. Containing over 1,100 records and 22 interactive stations, the exhibition shows the raw materials from which history is made, while also relaying compelling personal stories of both our nation’s leaders and “ordinary” Americans.

Visitors have one last important stop to make before they leave – a special shop where they can purchase some treasures of their own.

The National Archives Museum in Washington, DC, is free and open to the public. The Museum is located on Constitution Avenue between 7th and 9th Streets, NW. Information on individual and group tours is online. Exhibit hours are 10 a.m. to 5:30 p.m. (closed Thanksgiving and December 25). For up-to-date information on events and programs, see the Calendar of Events. Metro accessible on the Yellow and Green lines, Archives/Navy Memorial station.

This page was last reviewed on December 12, 2018.
Contact us with questions or comments. 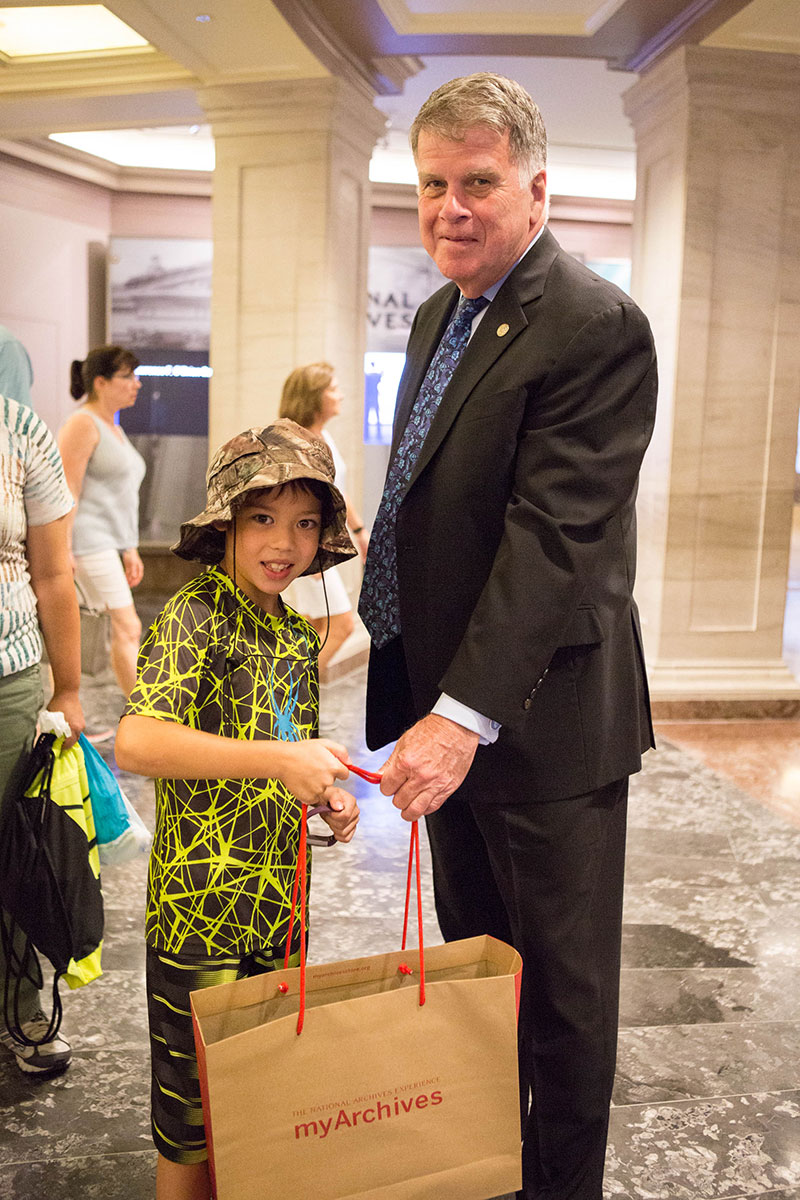 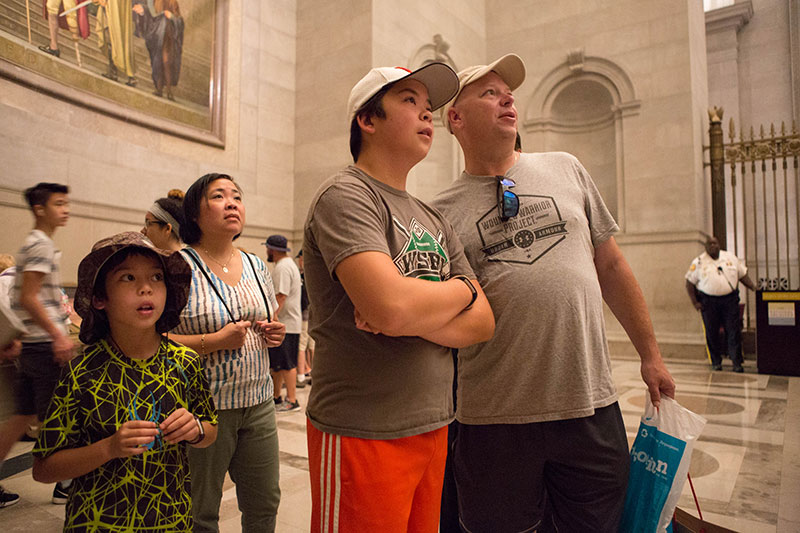