Seating will be limited, and online registration is recommended. 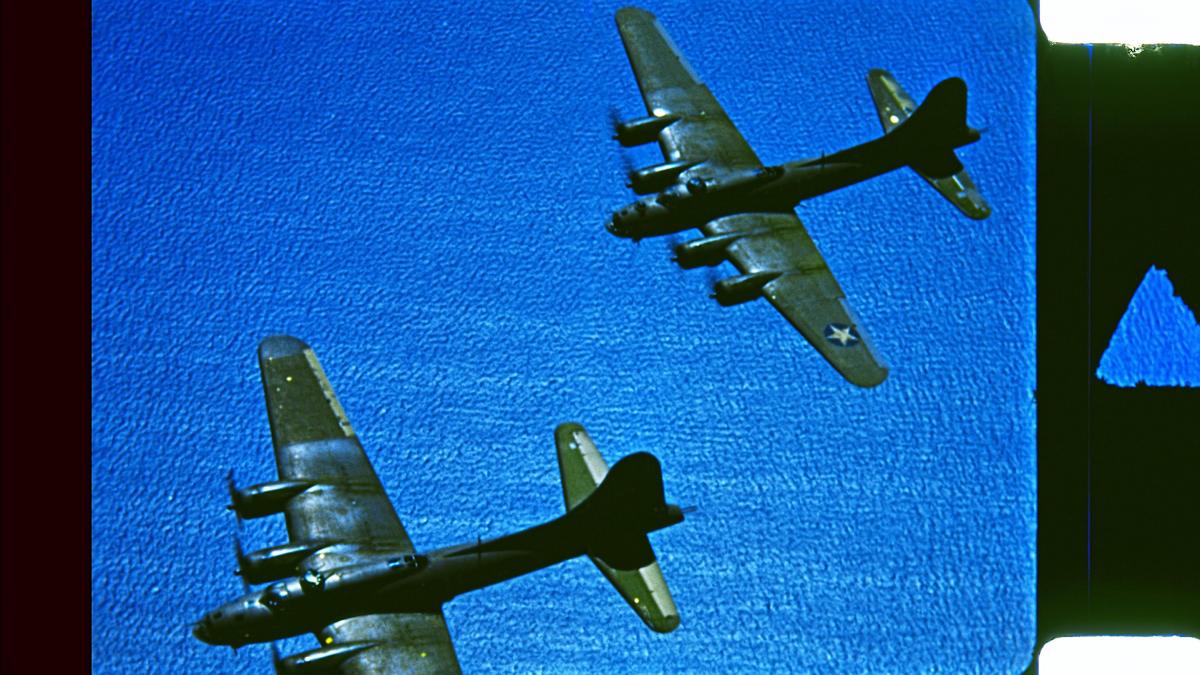 About The Cold Blue
In 1943, William Wyler, one of Hollywood’s most renowned and versatile directors, went to Europe to document the air war in progress. Wyler flew actual combat missions with B-17s—and one his three cinematographers was killed during filming. Incredibly, all of the raw color footage Wyler shot for The Memphis Belle has been preserved deep in the vaults of the National Archives, and a new film has been constructed out of the material. The Cold Blue is a meditation on youth, war, and trauma and stands as a tribute to one of the world’s great filmmakers and the men of the 8th Air Force who flew mission after suicidal mission in World War II. Nine of the very few surviving veterans were interviewed in the summer of 2017, and their voices take us through the harrowing world that Wyler and his cameramen captured in the summer of 1943. (73 minutes)

In honor of the 75th anniversary of the Memphis Belle’s 25 successful World War II missions, the National Archives partnered with Vulcan Productions and Creative Differences to digitally preserve the outtakes and revitalize the stories and experiences of 8th Army airmen in The Cold Blue. The original Kodachrome was scanned by the National Archives Motion Picture Preservation Lab in 4K resolution. While the color of the originals remains beautiful, the film has shrunk over time and required careful handling and slow scanning speeds to avoid damage. In total, it took 80 hours to scan the reels and generated over 80 TB worth of data. Read more in the blog post Memphis Belle: The 75th Anniversary of the 25th Mission.

The screening is free and open to the public and will be held in the William G. McGowan Theater of the National Archives Museum in Washington, DC. Attendees should use the Special Events entrance on Constitution Avenue at 7th Street, NW. Metro accessible on the Yellow and Green lines, Archives/Navy Memorial/Penn Quarter station. Reservations are recommended and can be made online. For those without reservations, seating is on a first-come, first-served basis. The theater doors will open 45 minutes prior to the start of the program. Late seating will not be permitted 20 minutes after the program begins.

The National Archives is an independent federal agency that serves American democracy by safeguarding and preserving the records of our Government, so people can discover, use, and learn from this documentary heritage. The National Archives ensures continuing access to the essential documentation of the rights of American citizens and the actions of their government. From the Declaration of Independence to accounts of ordinary Americans, the holdings of the National Archives directly touch the lives of millions of people. The National Archives carries out its mission through a nationwide network of archives, records centers, and Presidential Libraries, and online at Archives.gov.

This page was last reviewed on June 11, 2018.
Contact us with questions or comments.