The event is free (unless ordering a meal) and open to the public and pre-registration is required by August 31, 2018. Register at:  http://vietusactivities.com/.  Attendees should use the Special Events Entrance, located on the National Mall at Constitution Ave. and 7th Street, NW. Metro accessible on the Yellow and Green lines, Archives/Navy Memorial/Penn Quarter station. Please note there is no parking at the National Archives. 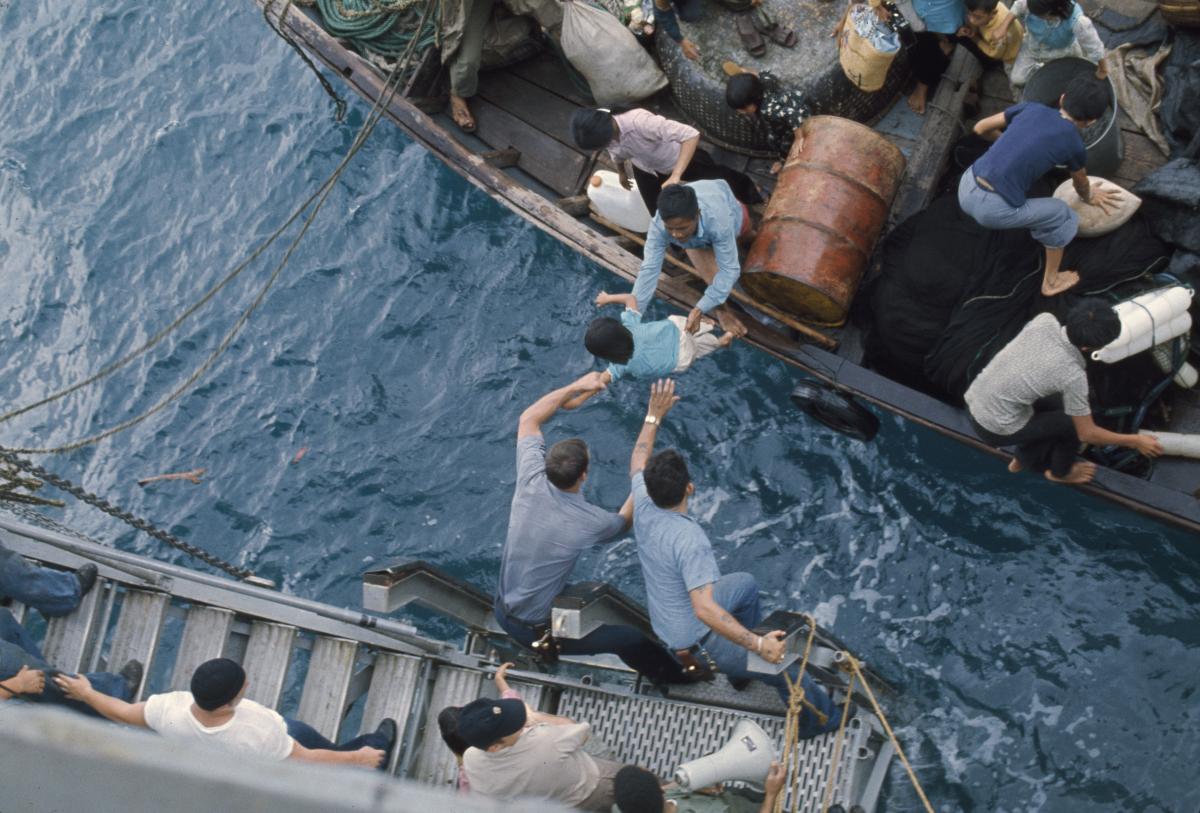 Pierre Asselin -  Author of Hanoiʹs Road to the Vietnam War

Kieu-Linh Valverde - Author of Transnationalizing Vietnam: Community, Culture and Politics in the Diaspora.

The Assembly for Democracy in Vietnam (ADVN) was created in 2002, bringing together overseas Vietnamese and those in Vietnam (conditions permitting) in a variety of organizations and sectors -  - culture, education, labor, press, and human rights - - who share the goal of promoting democracy in Vietnam.

Pierre Asselin is the Dwight E. Stanford Chair in the History of US Foreign Relations at San Diego State University, specializing in East/Southeast Asia and the larger Cold War context.  He is the author of Hanoiʹs Road to the Vietnam War.

Dr. Tường Vũ is Professor of Political Science, University of Oregon, author of Vietnam’s Communist Revolution: The Power and Limits of Ideology.

In 1954, Rufus Phillips joined the United States Army and served as a military advisor to the South Vietnam government. Phillips was a protégé of General Edward Lansdale.

Robert F. Turner is a professor of international law and national security law at the University of Virginia and the co-founder of its Center for National Security Law.  In 1968, Turner served briefly as a correspondent in Vietnam for the Indianapolis News. He then was commissioned as a Captain in the US Army through the ROTC program and assigned to the intelligence services. He served in Vietnam from 1968 through 1971, primarily assigned to MACV on detail to the US Embassy as Assistant Special Projects Officer, North Vietnam/Viet Cong Affairs Division.

Since arrival in the United States as refugee in 1975, Dr. Tạ Van has been working at Harvard Law School and also practicing law in Massachusetts.

Kieu Linh Valverde is Associate Professor of Asian American Studies, University of California, Davis and author of Transnationalizing Vietnam: Community, Culture and Politics in the Diaspora.

Neil Nay is an engineer living in California

Tri Ta was elected on November 8, 2016 to serve his third term as mayor of Westminster, CA. Mayor Ta was first elected to the Westminster City Council in November 2006 and re-elected in 2010.  In 2008, he was selected to serve as Mayor Pro Tem. Mayor Ta became the first Vietnamese-American elected mayor in the United States with his victory on November 6, 2012.

Explore 12 critical episodes in the Vietnam War from its World War II origins to the Fall of Saigon. These key events and turning points trace the policies and decisions made by the architects of the conflict, and the forces that drove them. Iconic and newly discovered documents, films, images, and artifacts along with insights from veterans, civilians, and historians shed light on the complex history of United States’ involvement in Southeast Asia.

For more information on the exhibit, visit www.archives.gov/vietnam. Read about the exhibit in Prologue Magazine.

This page was last reviewed on August 21, 2018.
Contact us with questions or comments.