At the Federal Register, Tending to the Details of Democracy 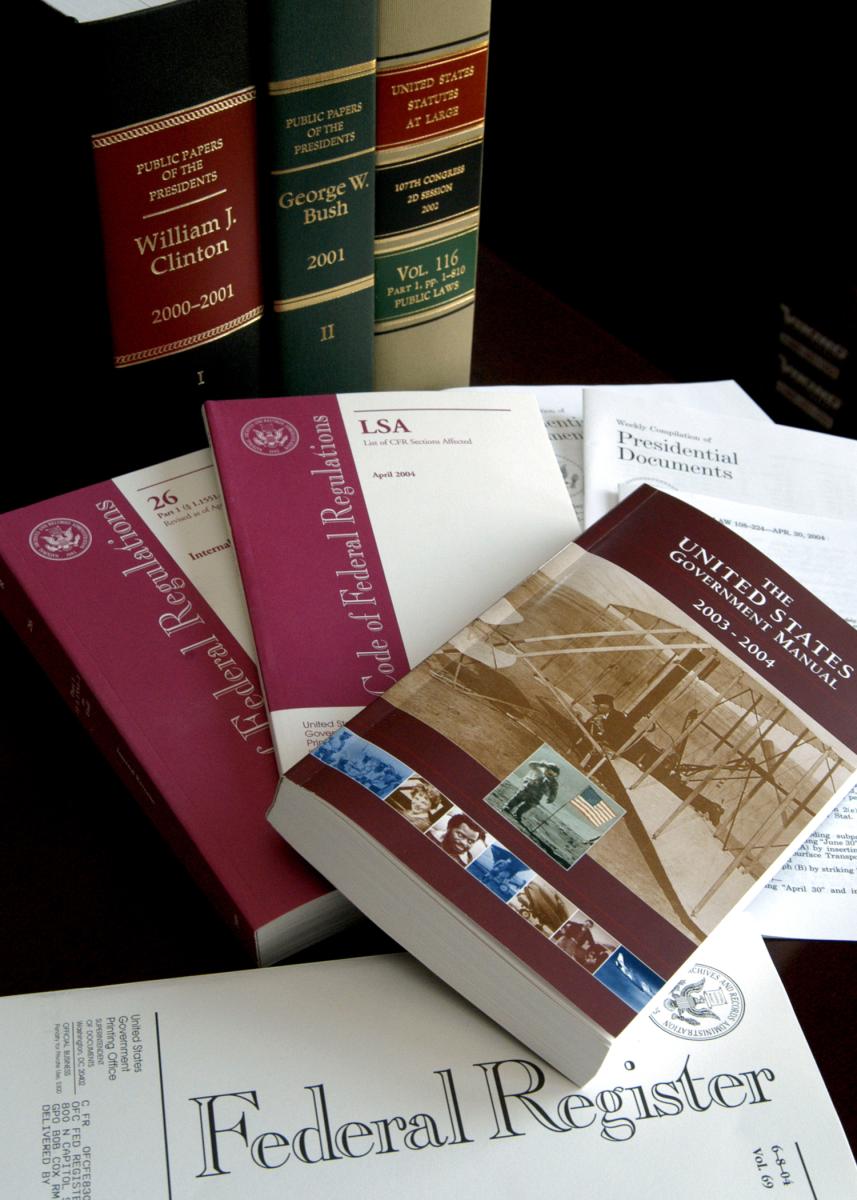 In late December 2000, after all the fanfare and media attention surrounding the presidential election had subsided, the Office of the Federal Register's director of legal affairs walked up Capitol Hill to hand deliver a set of documents to Congress.

At the security station, the Capitol police were amused with Michael White's explanation as to how these variously designed certificates from each state, packed in a plain archival box, would finally bring the presidential election of 2000 to a conclusion.

How could it be that a little-known office within the National Archives and Records Administration has anything to do with one of the most controversial elections in American history?

A telephone call from the guard station to the secretary of the Senate confirmed that NARA's Office of the Federal Register (OFR) was the "home" of the Electoral College. White was quickly ushered in to present the long-awaited Electoral College certificates to the Senate.

A few days later, while the director of the Federal Register and White looked on, Vice President Albert Gore, acting in his constitutional role as the president of the Senate, would rely on the authenticity of those documents to announce before a joint session of Congress his own defeat and the election of George W. Bush as President of the United States.

This fall, as another presidential election approaches, the importance of the Electoral College will once again be noted. In the Electoral College, as was the case in 2000, one, two, or three votes can make a difference because, ultimately, the electoral votes are the ones that really count.

The Office of the Federal Register coordinates the functions of the Electoral College on behalf of the Archivist of the United States, the states, the Congress, and the American people—making sure proper instructions are given, deadlines are met, and documents are in order.

But although the Electoral College process in 2000 was probably the most highly visible and glamorous of the office's duties, it is actually a very small part of the Federal Register's responsibilities. 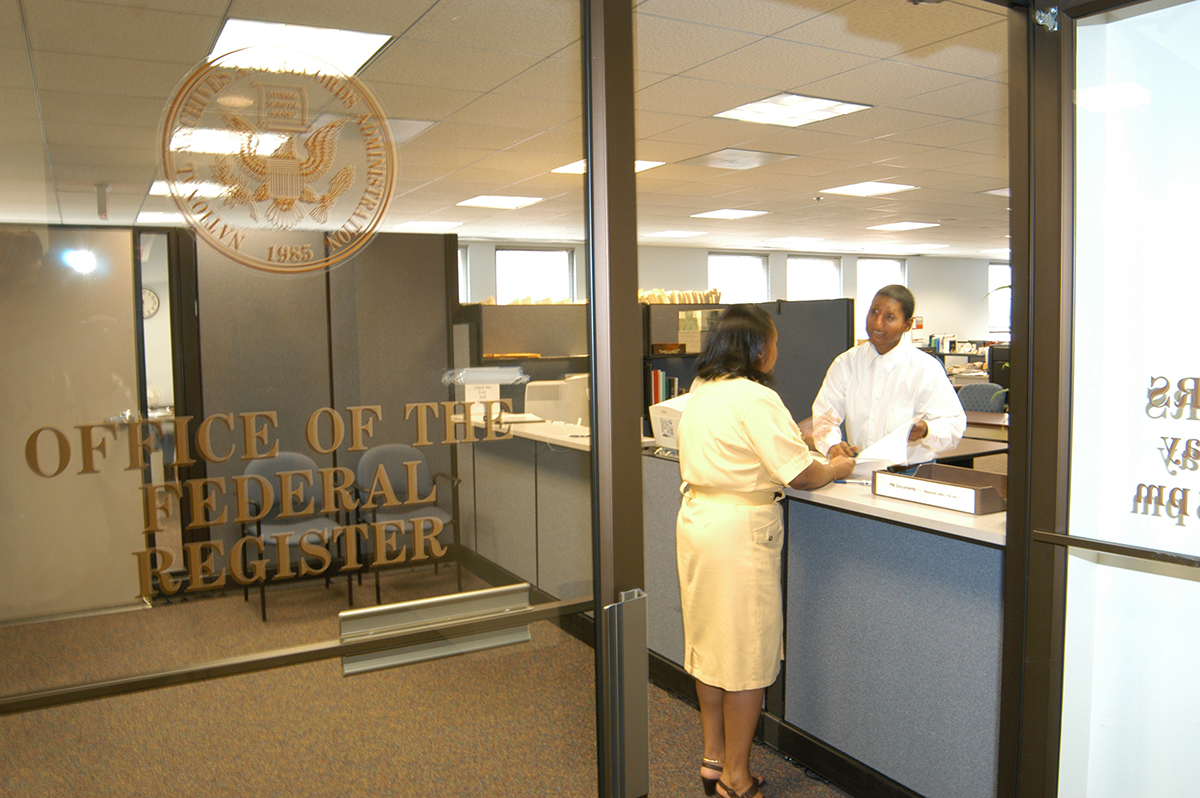 The Federal Register, sometimes described as the legal newspaper of the executive branch of the federal government, was created by the Federal Register Act in 1935 to provide for the custody of presidential proclamations and executive orders and administrative rules, regulations, notices, and other documents of general applicability and legal effect and for the prompt and uniform printing and distribution of them.

Recently, the Office of the Federal Register has developed the electronic Code of Federal Regulations (eCFR), which updates the CFR online every business day. Although not yet an official version, the eCFR is available to the public at www.gpoaccess.gov/ecfr/.

The Federal Register is actively engaged in e-Government initiatives, which are aimed at making it simpler for citizens to receive services from government while reducing the costs of those services.

The office has been a key partner in the e-Rulemaking initiative with the development of the Regulations.gov web site, which makes it easier for the public to e-mail comments to an agency on proposed rules. On Regulations.gov you can find, review, and submit comments on federal documents that are open for comment and published in the Federal Register. The office is also developing an electronic document management system that will allow agencies to submit electronic documents, digitally signed, for publication in the Federal Register. 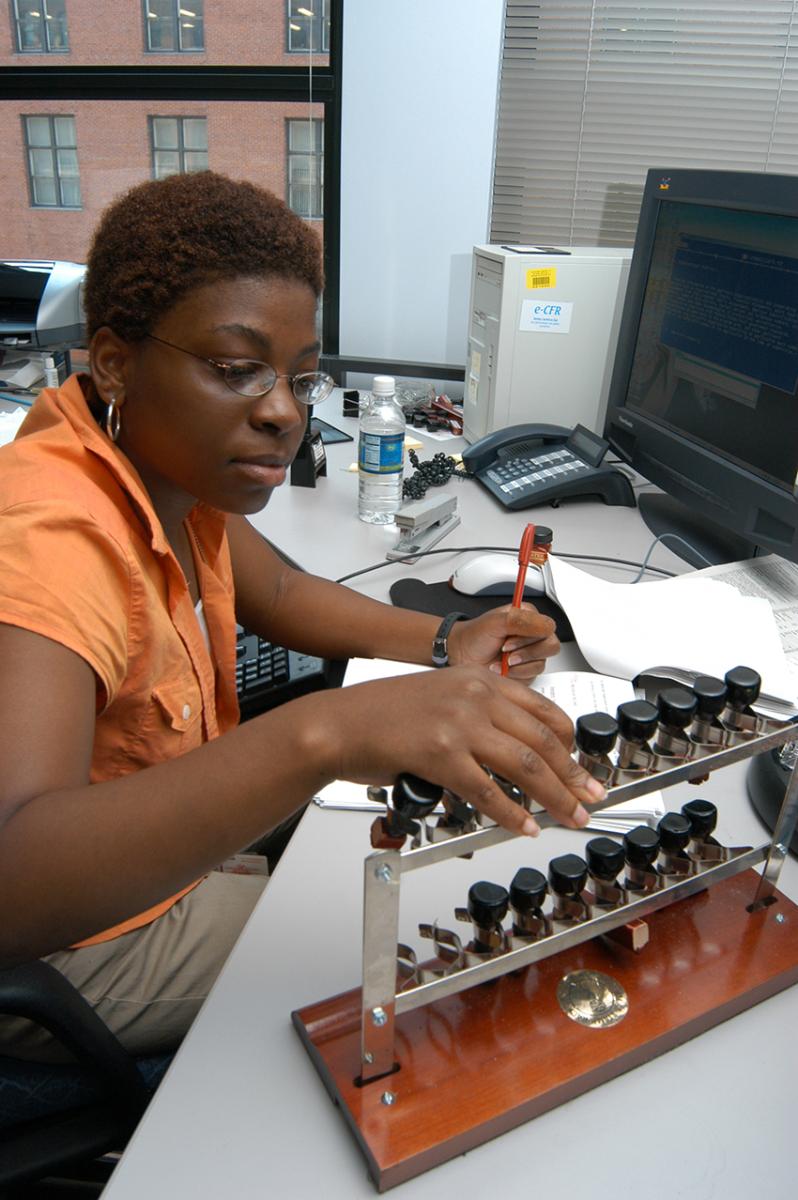 Other publications produced by the Office of the Federal Register include the Weekly Compilation of Presidential Documents and The Public Papers of the President. The Weekly Compilation contains the speeches, remarks, news conferences, messages, statements, and other presidential material of a public nature issued by the White House press secretary during the week reported. The Public Papers are compilations of that material that also include a foreword by the President and picture portfolio. To ensure accuracy, spoken words are checked against audio recordings, and signed documents are proofread against the originals.

Another Federal Register publication is The United States Government Manual, the official handbook of the federal government. The manual provides comprehensive information on the agencies of the legislative, judicial, and executive branches.

The office also publishes slip laws, which are pamphlet prints of each public and private law enacted by Congress. The staff researches and adds notes and legislative history to the law. Slip laws are compiled and indexed annually as The United States Statutes at Large.

Federal agencies must publish in the Federal Register documents informing the public of records it keeps on individuals, the purpose of the records, and how individuals can access those records. Those documents are compiled and published every two years in the Privacy Act Issuances.

All of the Federal Register publications are available online through GPO Access (www.gpoaccess.gov/fr/index.html), and last year there were almost 191 million retrievals of documents from those publications.

When the required number of authenticated ratification documents (thirty-eight) has been received from the states, the Archivist certifies in a proclamation, prepared by the Federal Register staff, that the amendment is valid and has become part of the Constitution. This proclamation is published in the Federal Register and The United States Statutes at Large and serves as official notice to the Congress and the nation that the amendment has become the law of the land.

Once every four years, as the presidential election nears, the Office of the Federal Register assumes the duties for the Electoral College.

In September of an election year, the legal staff prepares letters for the Archivist to send to the fifty governors and the mayor of the District of Columbia, including specific instructions for the states and the district to follow. A few weeks later, the legal staff makes direct contact with the officials in the states and the district who will be responsible for the Electoral College in that state and answers any questions they may have.

Soon after the general election, the Certificates of Ascertainment begin arriving at the Office of the Federal Register. These certificates list the electors that have been chosen by the voters. They are examined very carefully to make sure they meet the requirements of federal law, including proper authentication. If it is determined there is a deficiency, the legal staff works with the state official to resolve the problem and receive a replacement, if necessary. In December, the legal staff meets with the clerk of the House and the secretary of the Senate and other congressional staff to convey certified copies of the Certificates of Ascertainment. 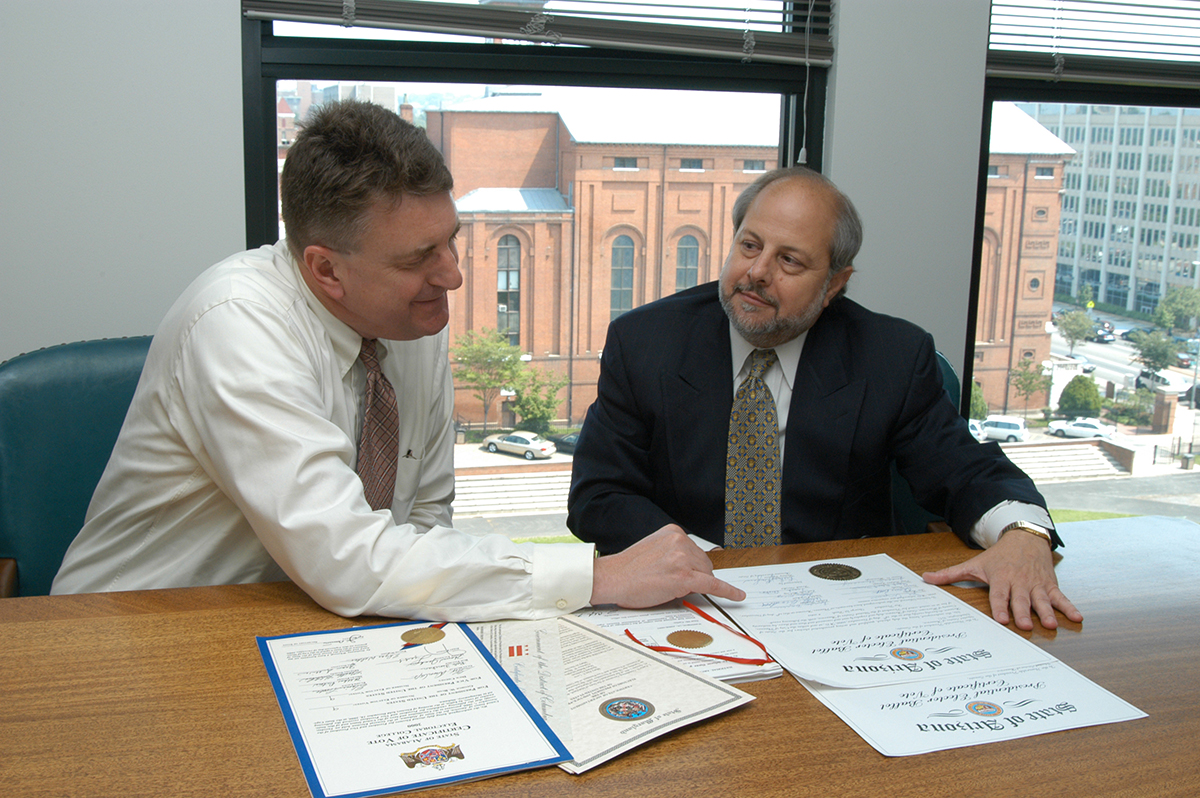 The former director of the Federal Register, Ray Mosley (right), confers with Michael White, director of legal affairs, about plans for this year's Electoral College process. Before them are ballots from several states in the 2000 presidential election. (NARA photo by Darryl Herring)

By law, on the first Monday after the second Wednesday in December, the electors must meet in their state to cast their votes. This year that date is December 13. The electors usually gather in the state capitol or another state office building. Federal Register staff are always available by telephone to answer questions that may arise. The electors cast their votes on ballots known as Certificates of Vote. The states must execute six original Certificates of Vote and send two of them to the Archivist, by way of the Office of the Federal Register, and one to the President of the Senate. The other three are sent to other designated federal and state officials.

This is where the office plays an especially important role. Federal law prohibits the president of the Senate from opening the Certificates of Vote prior to the day of the official counting in early January. This restriction makes it impossible for Senate and House staff to review the legality of the certificates. So it falls on Federal Register staff to examine its sets of certificates to make sure all the names and signatures of electors are in good order and are properly authenticated. By law these votes should be at the Office of the Federal Register by the fourth Wednesday in December. This year that is December 22.

Since the date for these documents to arrive at Federal Register usually falls in the middle of the Christmas holiday season, receiving all of these votes can be problematic. The office has had to resort to many different strategies to ensure that it receives all of the certificates on time.

After it receives and reviews all of the Certificates of Vote and ensures that they are in order, Federal Register staff work with the secretary of the Senate to make sure Congress has all of the certificates, so that, in early January, before a joint session of Congress, the Vice President, as president of the Senate, can proclaim the election of the new President and new Vice President who will take office January 20.

And once again, the Office of the Federal Register, a small part of NARA, will have played its quadrennial role in the peaceful and orderly transfer of power in the American democracy.

To explore the broad responsibilities of the Office of the Federal Register, start at www.archives.gov/federal_register. The web site explaining the Electoral College process and containing a variety of information and statistics on presidential elections, past and present, is at www.archives.gov/federal_register/electoral_college/electoral_college.html.