In Search of a Better World 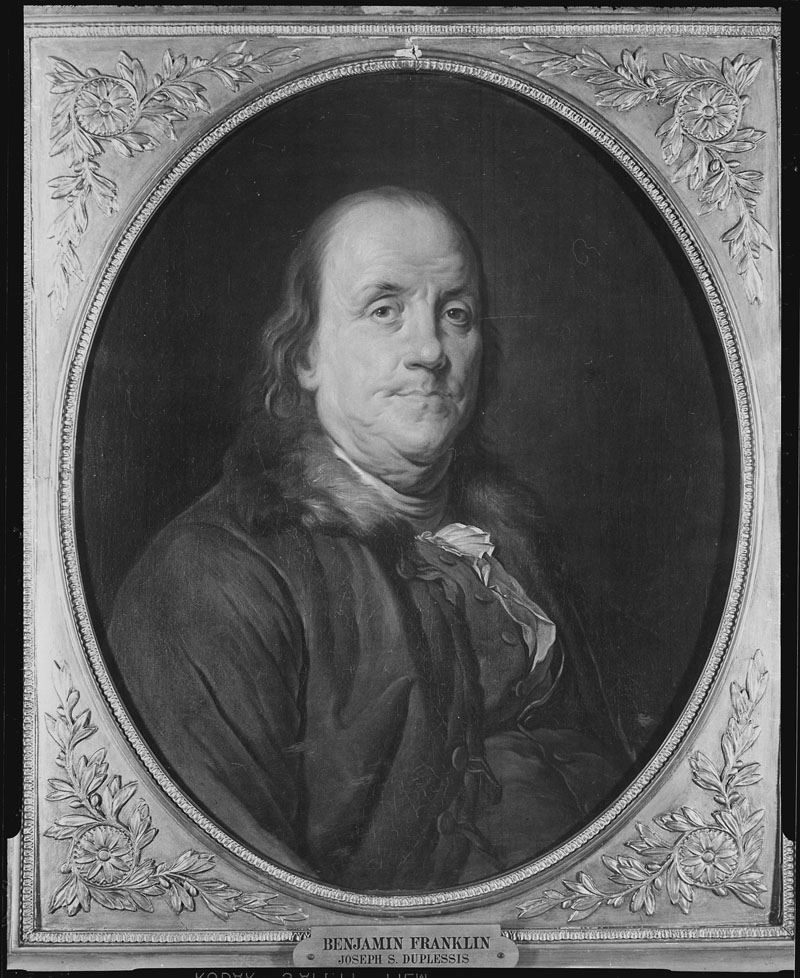 Sometimes called "the first American," Benjamin Franklin had a profound influence over the founding of this nation—in 1776, when independence from Great Britain was declared, and again in 1787, when our current Constitution was written.

By 1776, he was truly an "elder statesman" and probably the best-known American to the rest of the world. Of course, he was also a scientist, author, editor, inventor, civic activist, and diplomat—among other things.

For example, Franklin the printer was a highly successful businessman. As postmaster—first for the British Crown and later as postmaster general of the Continental Congress—he proved adept at maintaining and improving a communication network as vital in its day as the Internet is currently.

"Benjamin Franklin: In Search of a Better World" opens February 10, 2012, at the National Archives Building in Washington, D.C., and runs through May 6.

For the exhibition's run at the Gerald Ford Museum in Grand Rapids, Michigan, in late 2011 and for the showing in Washington, the National Archives has added some important original documents from its holdings that involved Franklin and his role in the nation's birth. A selection of these documents is featured here. As a Revolutionary leader, it would be difficult to overstate his importance.

Along with John Adams, Thomas Jefferson, Roger Sherman, and Robert R. Livingston, he helped "prepare a declaration of independency." Franklin edited Jefferson's initial draft, notably suggesting the phrase "We hold these truths to be self-evident." The Continental Congress made further alterations until arriving at the final version on July 4, 1776.

Establishing independence from Great Britain required waging and winning a war against the former mother country, and Franklin's influence was once again of critical importance. Sent as one member of the American commission to France, he quickly became the commission's central figure.

His diplomatic skills resulted in an alliance with France and the provision of crucial financial and military assistance to the United States by Louis XVI's government. By 1783, Franklin, John Adams, and John Jay had negotiated a peace treaty with Great Britain, the Treaty of Paris, in which the independence and sovereignty of the United States was proclaimed.

Right: The Treaty of Paris, signed on September 3, 1783, formally ended the Revolutionary War. Benjamin Franklin s signature accompaned those of his fellow American negotatiors on the last page of the document.

Far right: After hearing of Franklin s death on April 17, 1790, the French National Assembly issued a decree that its members would observe three days of mourning. 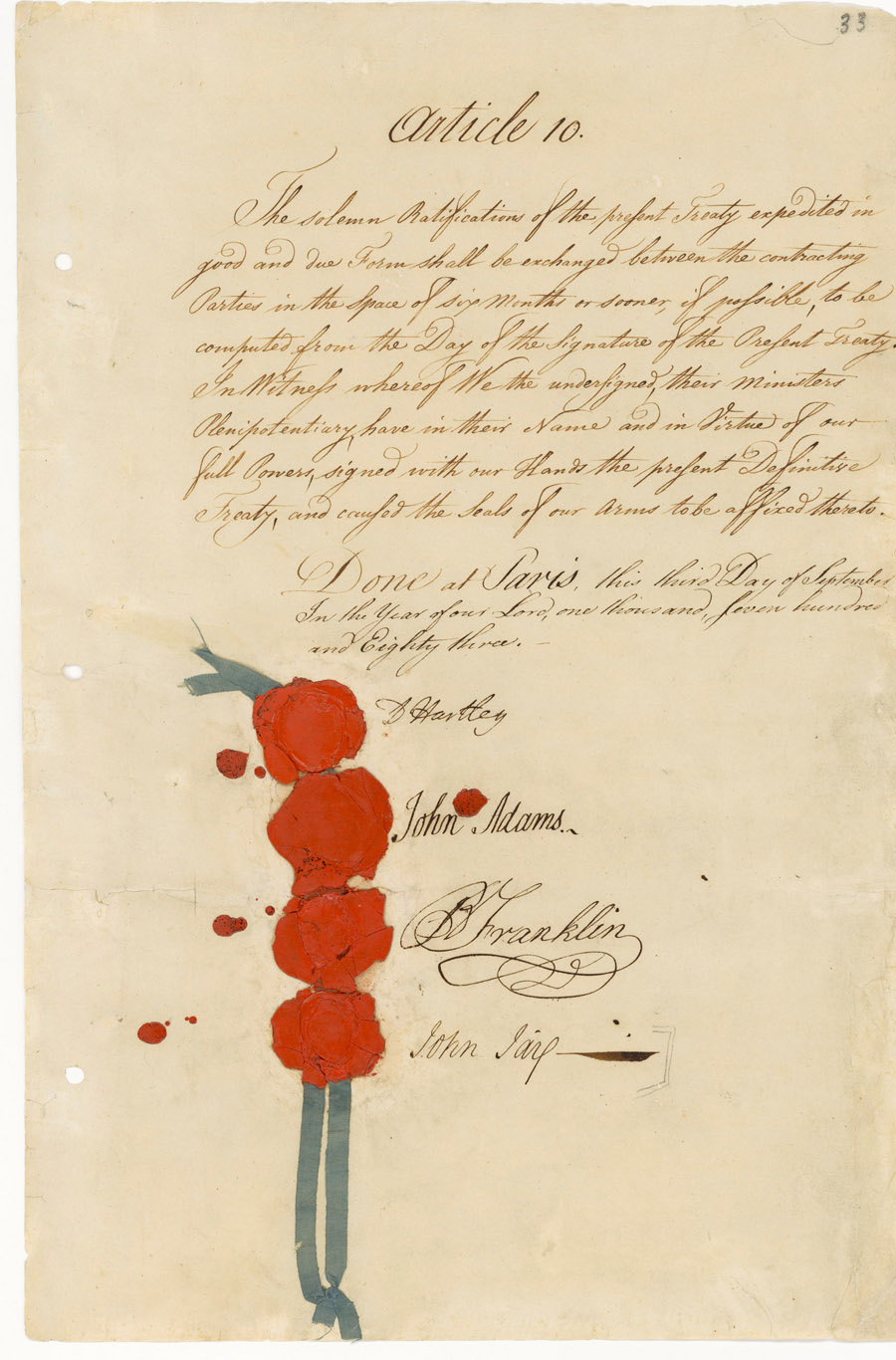 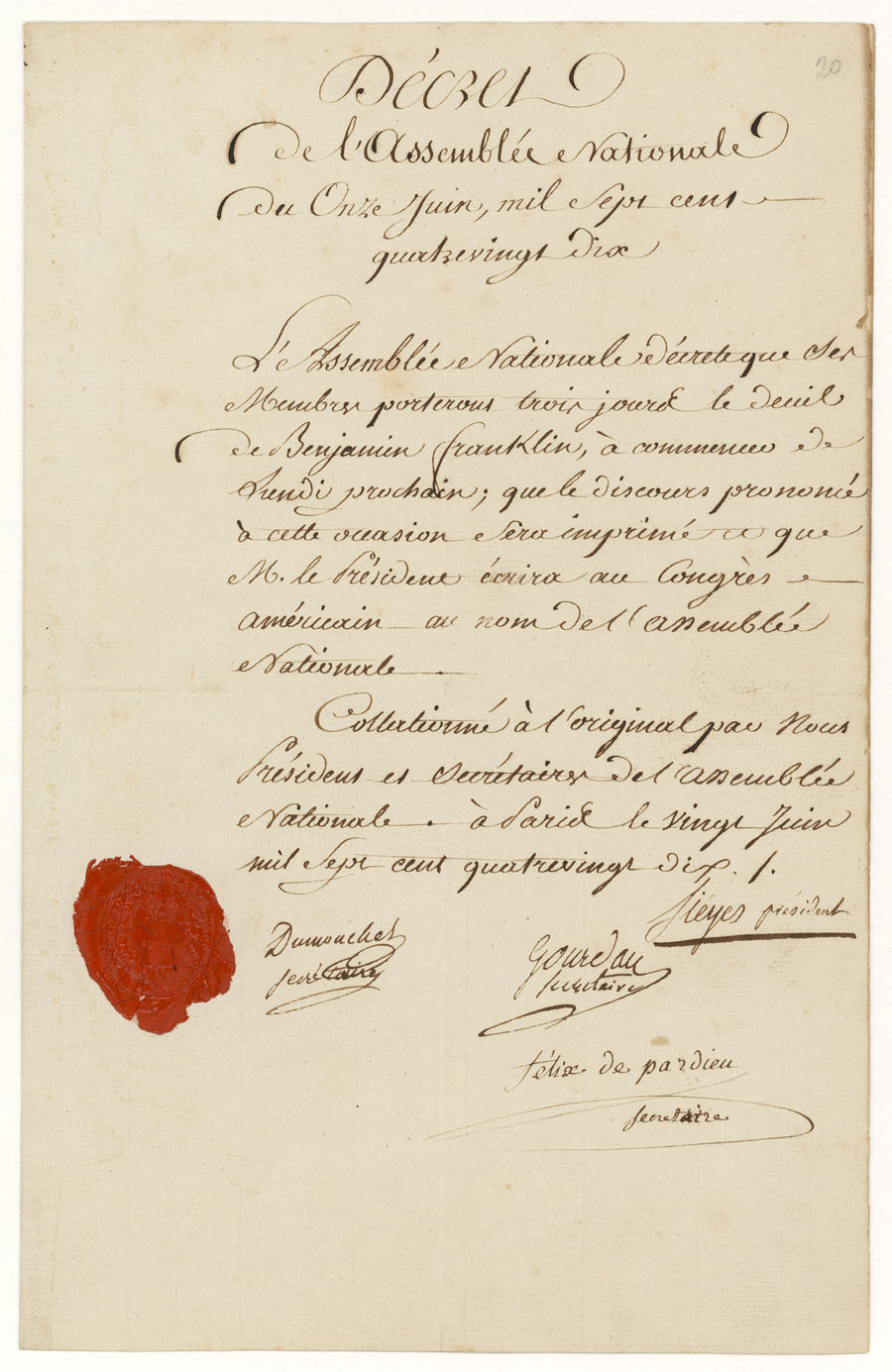 (General Records of the Department of State, RG 59)

Finally, Franklin served as a delegate to the Constitutional Convention in 1787. Although in poor health, he helped to create a more effective central government for the nation that he had helped to found. He served on the committee that crafted the compromise by which representation in the House of Representatives would be based on a state's population, while in the Senate, each state would have an equal vote.

On September 17, 1787, Franklin and the other convention delegates completed their work and sent a signed parchment copy of the Constitution—along with hundreds of printed copies—to the Articles of Confederation Congress then meeting in New York.

After further debate, the Confederation Congress sent the Constitution to the state legislatures, who would distribute them to ratifying conventions. The printed version shown in this exhibition was produced on September 29, 1787.

The exhibition was originally created by the Benjamin Franklin Tercentenary, a consortium of five Philadelphia institutions: the American Philosophical Society, the Franklin Institute, the Library Company of Philadelphia, the Philadelphia Museum of Art, and the University of Pennsylvania, with leading support from the Pew Charitable Trusts.Teaching activities about Franklin and the American Revolution may be found on our DocsTeach website.