Edgar A. Poe: “posessed of no Property” 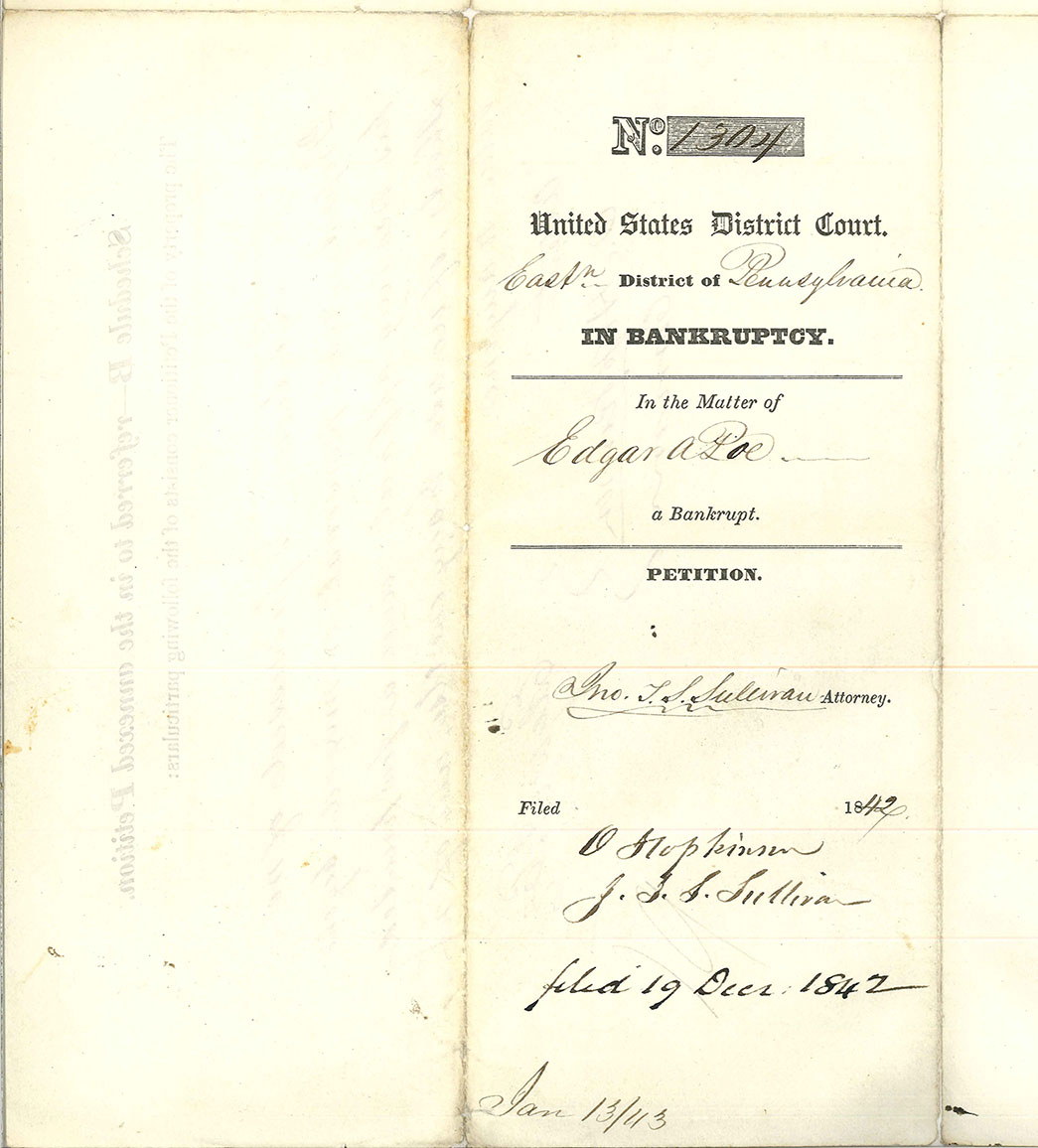 Cover sheet of the bankruptcy petition filed by Edgar Allen Poe in 1842. (Records of District Courts of the United States, National Archives at Philadelphia) 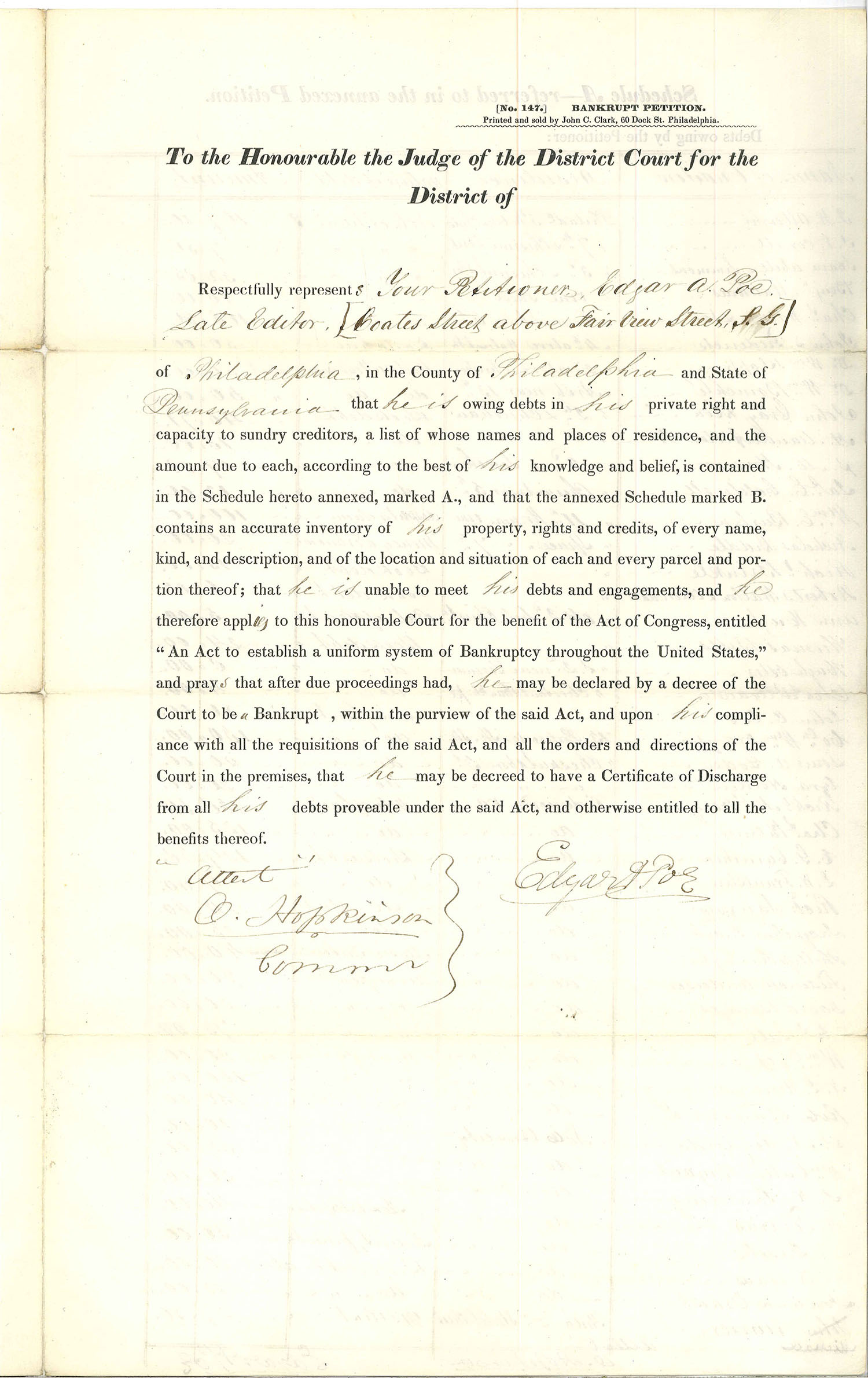 Page 1 of the bankruptcy petition filed by Edgar Allen Poe in 1842. 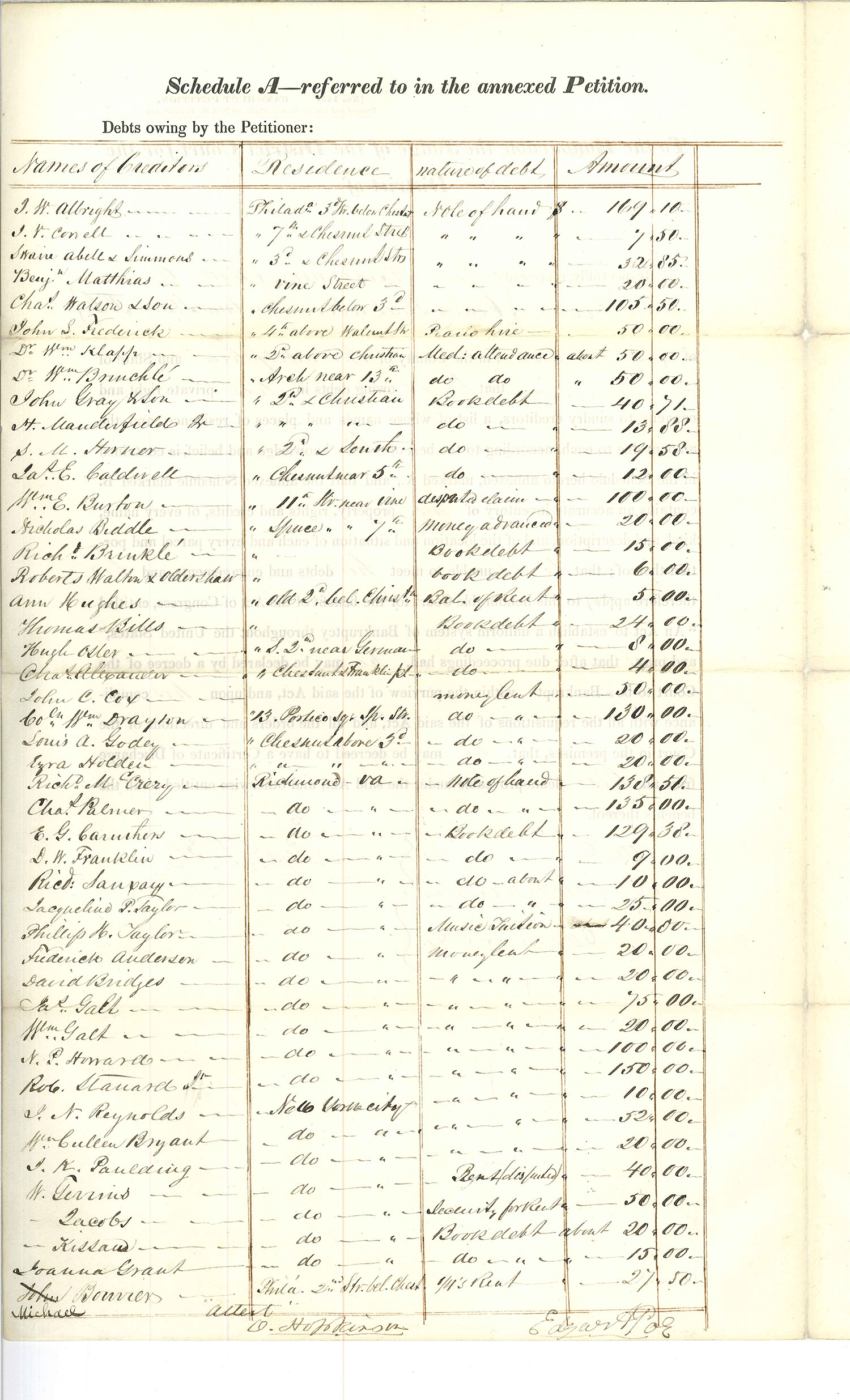 Schedule A of the bankruptcy petition filed by Edgar Allen Poe in 1842. 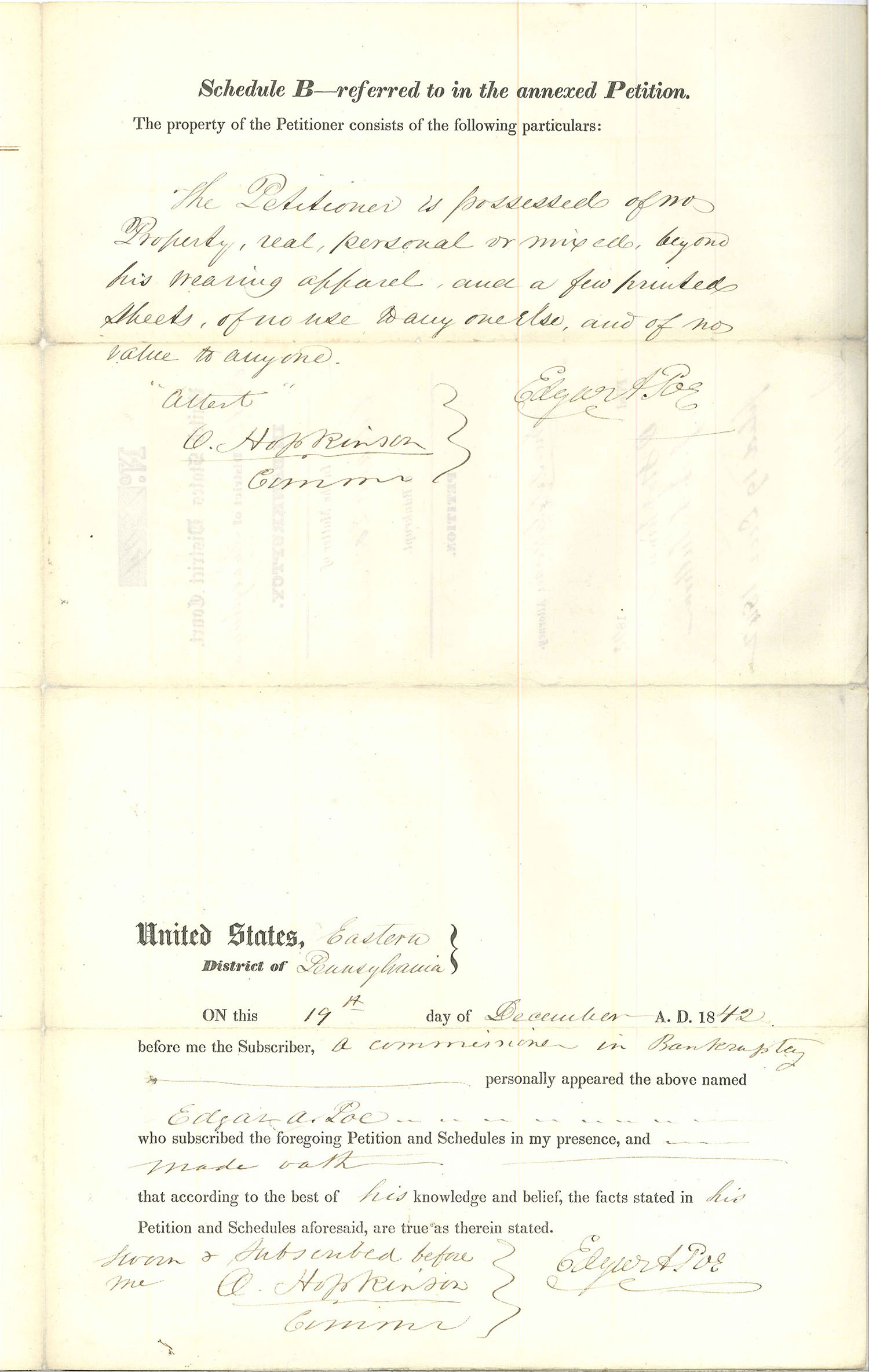 Schedule B of the bankruptcy petition filed by Edgar Allen Poe in 1842.

A large part of the research done in National Archives records is about looking for information about people. Much of that work is devoted to trying to fill out family stories, but once in a while something turns up about someone whose life has seemingly been fully documented.

Edgar Allen Poe is one of the most famous American writers, and his personal and professional struggles are well known. Poe was often in financial straits, but until an archivist came across his case file nearly 14 years ago, no one knew that he had filed for bankruptcy in 1842, while living in Philadelphia.

On the petition to the U.S. District Court for the Eastern District of Pennsylvania, Poe described his profession as "late editor" and declared that he was "possessed of no Property, real, personal or mixed, beyond his wearing apparel, and a few printed sheets, of no use to any one else, and of no value to anyone."

Schedule A of the petition is a detailed list of debts, showing the names of creditors, their addresses, the nature of the debts, and the amounts owed. The amounts range from $4.00 to $169.10. Several book dealers appear on the list as well as debts for medical attention, music lessons (for his wife), rent, and cash lent by people from Virginia to New York.