What we carry in our wallets gives many clues about our lives. One small, but fascinating, "piece of history" in our presidential library holdings is Eleanor Roosevelt's wallet, with its contents at the time of her death in 1962.

The Franklin D. Roosevelt Library has a sizeable collection of papers and objects from this former First Lady, but this red leather wallet gives us a glimpse of many facets of Eleanor Roosevelt in one compact package.

She was an indefatigable First Lady during her husband's multiple terms as President, and she continued her public life after he died in 1945. She served as chair of the Human Rights Commission for the United Nations General Assembly and the President's Commission on the Status of Women and was an active lecturer and prolific writer.

Some items in her wallet are what one might expect: press club membership cards, a membership card for the National Federation of Press Women, a Metropolitan Museum of Art membership card. Others are items that many people would have in their own wallets: credit cards, a Blue Cross insurance card, an eye bank donor card, hotel and airline courtesy cards, bits of paper containing words of inspiration or favorite poems. One unexpected item is her permit to carry a pistol, issued by Dutchess County, New York.

Historical figures often seem larger than life. Objects like Eleanor Roosevelt’s wallet remind us that she, like us, lived an everyday life as well. 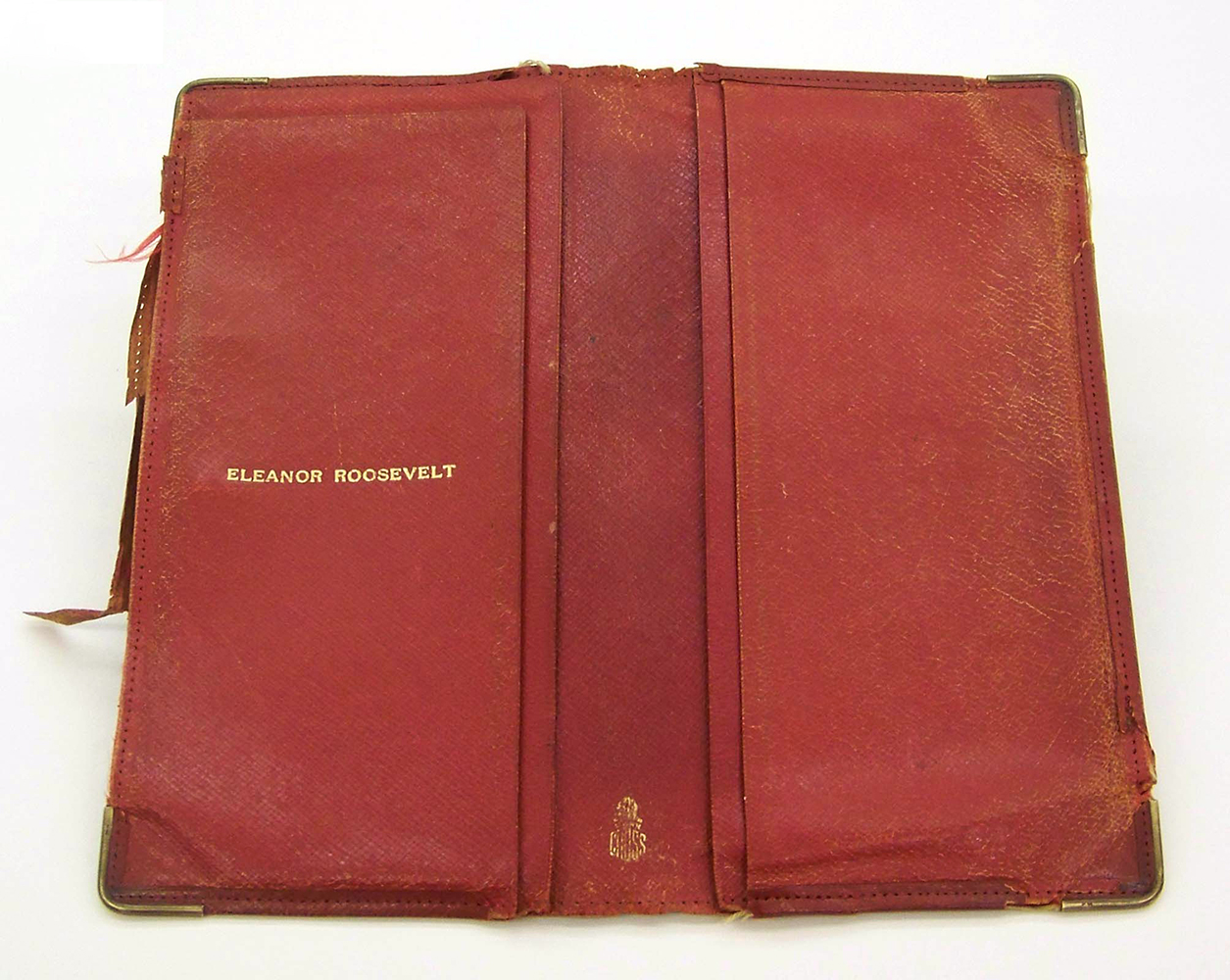 Eleanor Roosevelt's wallet had over 25 cards and notes inside at the time of her death in 1962. (Franklin D. Roosevelt Library) 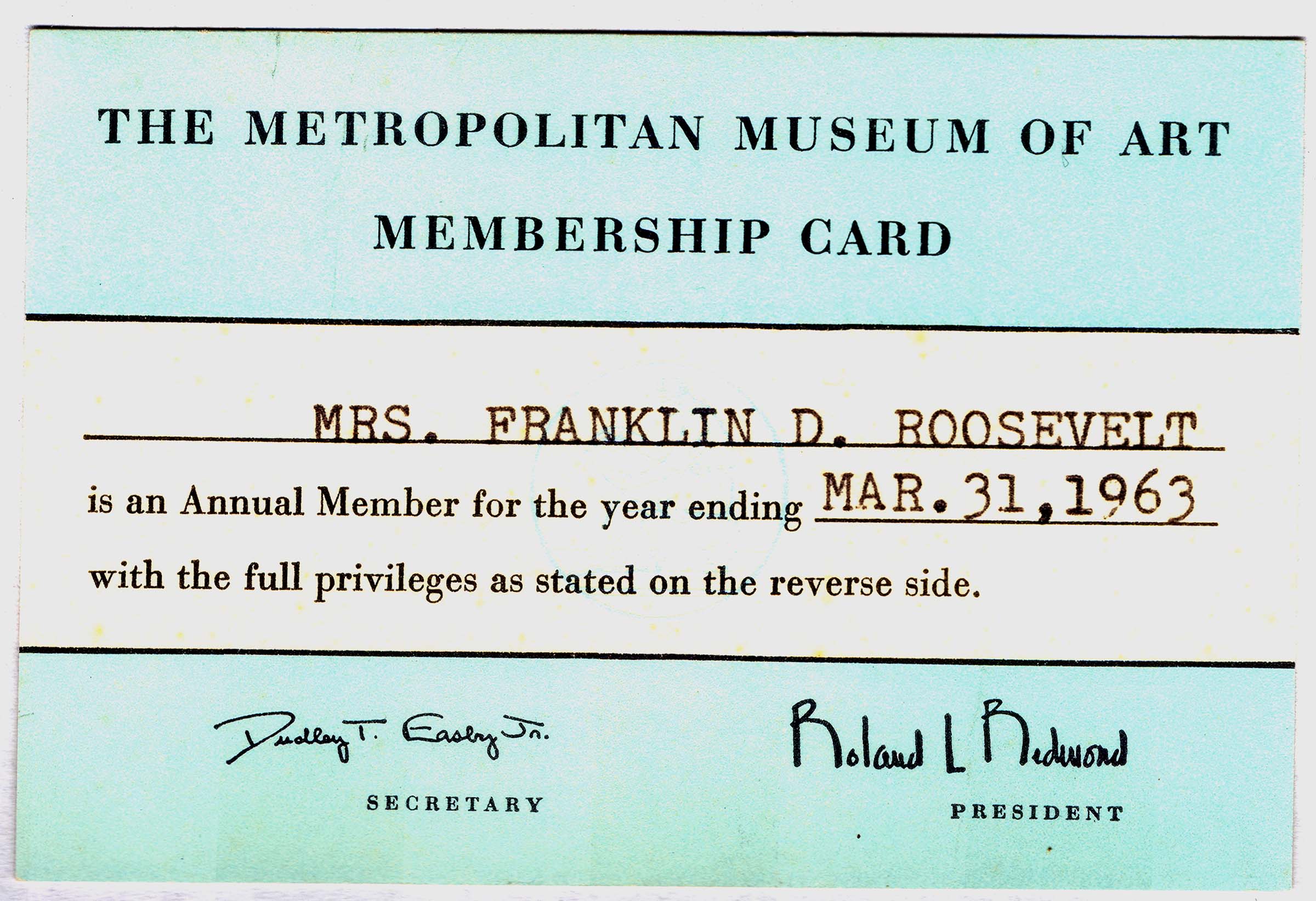 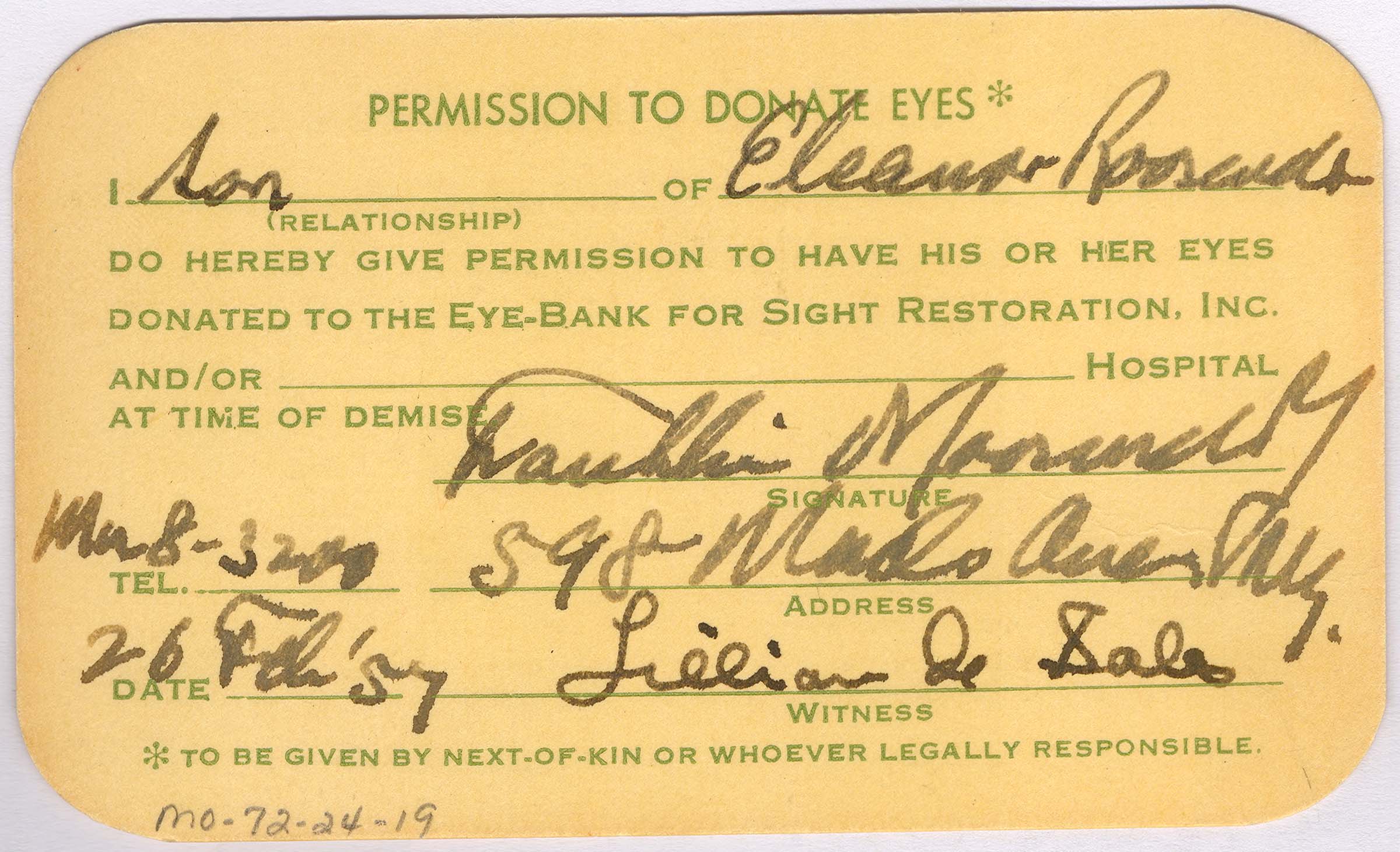 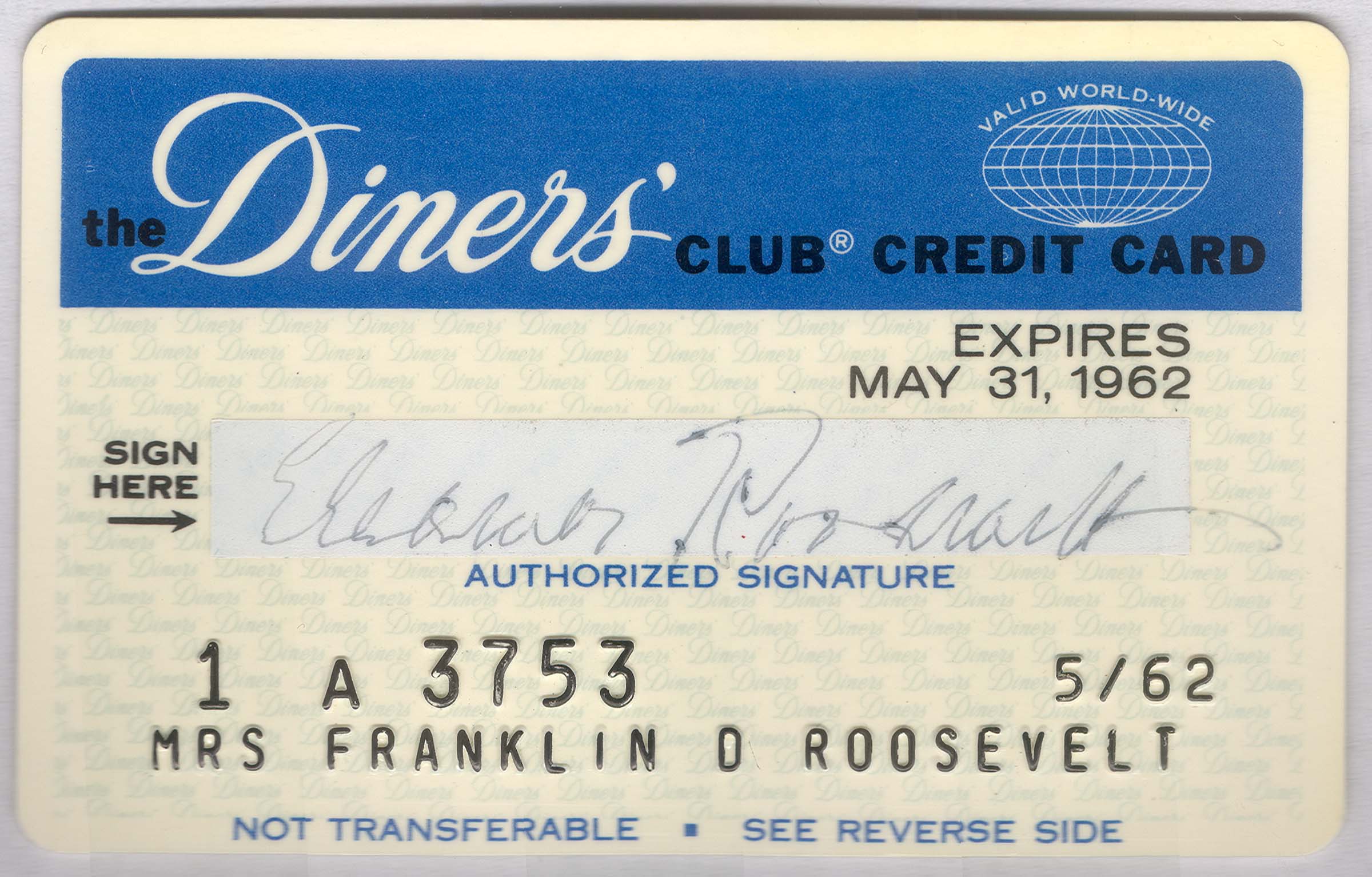