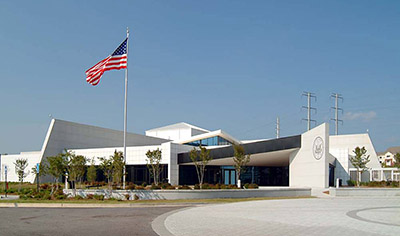 The National Archives at Atlanta

While many visitors know the National Archives only as the monumental building in Washington, D.C., which displays the "Charters of Freedom," many others know us through a National Archives facility located near their own homes. The National Archives has more than 40 locations nationwide, including a network of field archives that house records for the region of the country in which they are situated.

The National Archives Building, however, was running out of space for permanent records. At the same time, researchers visiting the FRCs to research and explore records stored within the expansive stack areas began to discover valuable historical materials.

In the late 1960s, to alleviate space issues in Washington, D.C., and to make the records within the FRCs more accessible, the National Archives opened regional archives branches in 11 of its FRCs. People researching localized topics could now find the historical evidence they needed closer to home. 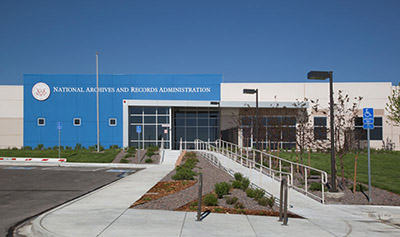 The National Archives at Denver

Today many of these regional archives—now known as field locations—have expanded to their own buildings. Their records come from the regional offices of courts and agencies such as the U.S. District Courts, U.S. Court of Appeals, Bureau of Indian Affairs, U.S. Customs Services, and many more federal agencies with a regional presence. Many facilities have records of genealogical interest such as naturalization papers, ships' passenger arrival files, military service and pension files, and land records.

In addition to providing reference on these records, they offer a variety of other services including exhibits, educational and public programing, and much more. The field offices play an important role in making our records accessible to an even greater number of people.

You can find a list of all our locations inside the back cover of Prologue, or visit our website to find a National Archives near you: www.archives.gov/locations/.