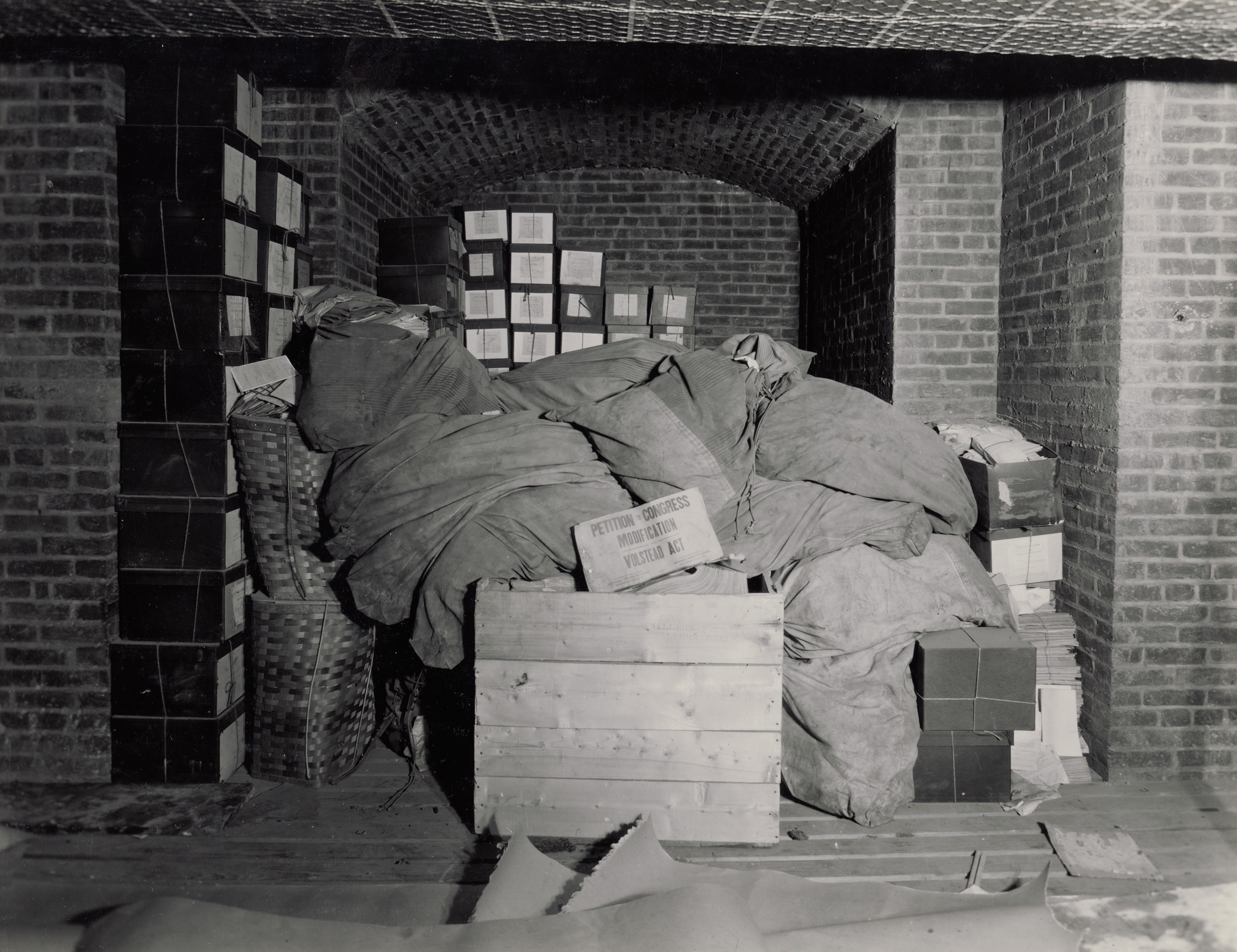 Before there was a National Archives, most records of Congress were kept in scattered offices, attics, basements, and storage rooms at the U.S. Capitol.

As the 20th century approached, and the Capitol Building became overcrowded, Congress temporarily moved some of its historical records to the Library of Congress while it sought a permanent storage solution. The creation of the National Archives in 1934 provided the perfect answer.

Subsequent inspections by the Archives staff revealed poor records storage conditions at the Capitol. Records were exposed to mold, fungus, dirt, insect damage, and rodents. Many records also suffered extreme temperatures and neglect, and were open to vandalism and theft.

Archives staff recommended the immediate transfer of all but Congress's most current records to the National Archives Building. There the records could be cleaned, fumigated, and placed in safe, temperature-controlled, protected stack areas. Furthermore, they would be available to researchers rather than dispersed in inaccessible storage rooms.

In April 1937 the Senate sent its historical records to the National Archives. As Archives staff inventoried the records, they sorted through priceless documents chronicling the history of American democracy, including presidential messages from George Washington through Franklin Roosevelt; drafts of the Bill of Rights and other key legislation; and papers relating to treaties with foreign nations. The House, however, did not immediately heed the recommendations of Archives staff.

Fortunately, the Legislative Reorganization Act of 1946 required the House to transfer its historical records to the National Archives. Within two months the Clerk of the House complied with the act and sent records of the first 76 Congresses (1789–1941). These records had been housed in eight different locations in the Capitol, the Library of Congress, and the basement of the Old House Office Building (now the Cannon Building). The act also put into place provisions to ensure better recordkeeping practices by the House and Senate.

In 1950 Congress passed the Federal Records Act—which is still in effect today. It allows the National Archives to accept records of Congress that the Archivist deems historically valuable. These include records pertaining to official business filed with the Clerk of the House, Secretary of the Senate, or kept by committees. It does not, however, include papers of individual members of Congress, which remain the member's property.