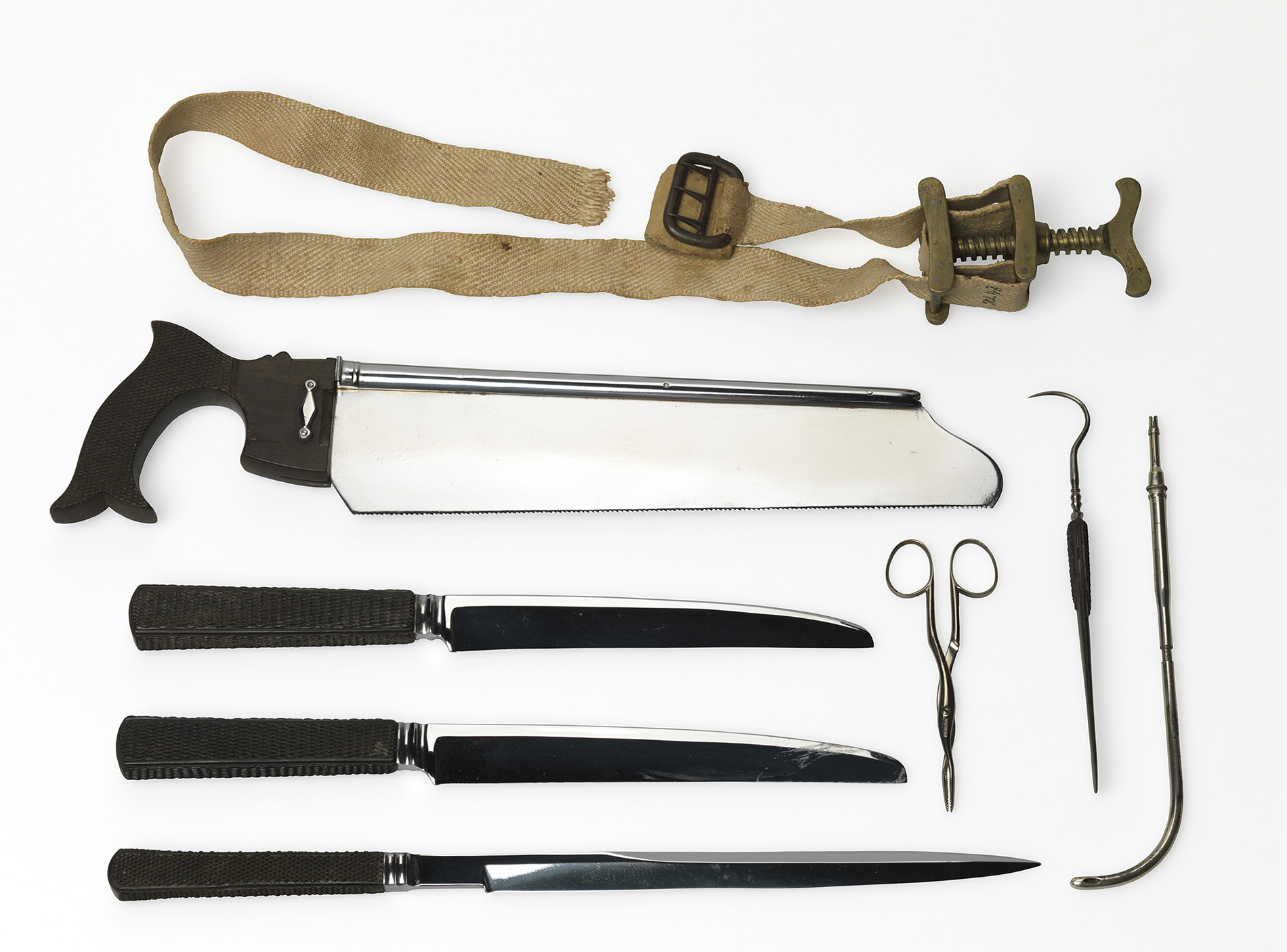 Top to bottom: a petit tourniquet, a bone saw, two amputation knives, and a catlin. Left to right: a pair of dressing forceps, a tenaculum, and a catheter. (Records of the American National Red Cross)

The National Archives holds a tremendous amount of records from the Civil War—from battlefield and quartermaster reports to maps and photographs to the millions of individual military service and pension files. A few years ago, though, a different kind of record entered our holdings. Among material donated by the American National Red Cross is a collection of Civil War–era surgeon's instruments used for amputations.

The eight tools were made by George Tiemann & Co. and Henry Schively, both noted manufacturers of surgical instruments. We do not know who owned the tools originally, or if the instruments belonged to a single surgeon or several. We know only that the instruments were given to the Red Cross at some point.

The limits of mid-19th-century medicine and the severity of the wounds sustained by soldiers resulted in a large number of amputations. Of all operations performed during the war, about three-quarters (approximately 60,000) were amputations.

The National Archives holds about 4 million pension applications filed by Union veterans and their dependents. A veteran who had lost a limb was entitled to a larger pension.

Our paper records have long documented the sacrifices made by soldiers in the Civil War. This more recent acquisition of surgical instruments gives us a more vivid reminder of their losses.