The Park Service’s Stewardship of Natural and Man-Made Wonders​

Why, who makes much of a miracle?
As to me I know of nothing else but miracles,
Whether I walk the streets of Manhattan, . . .
Or stand under trees in the woods, . . .

—From Leave of Grass 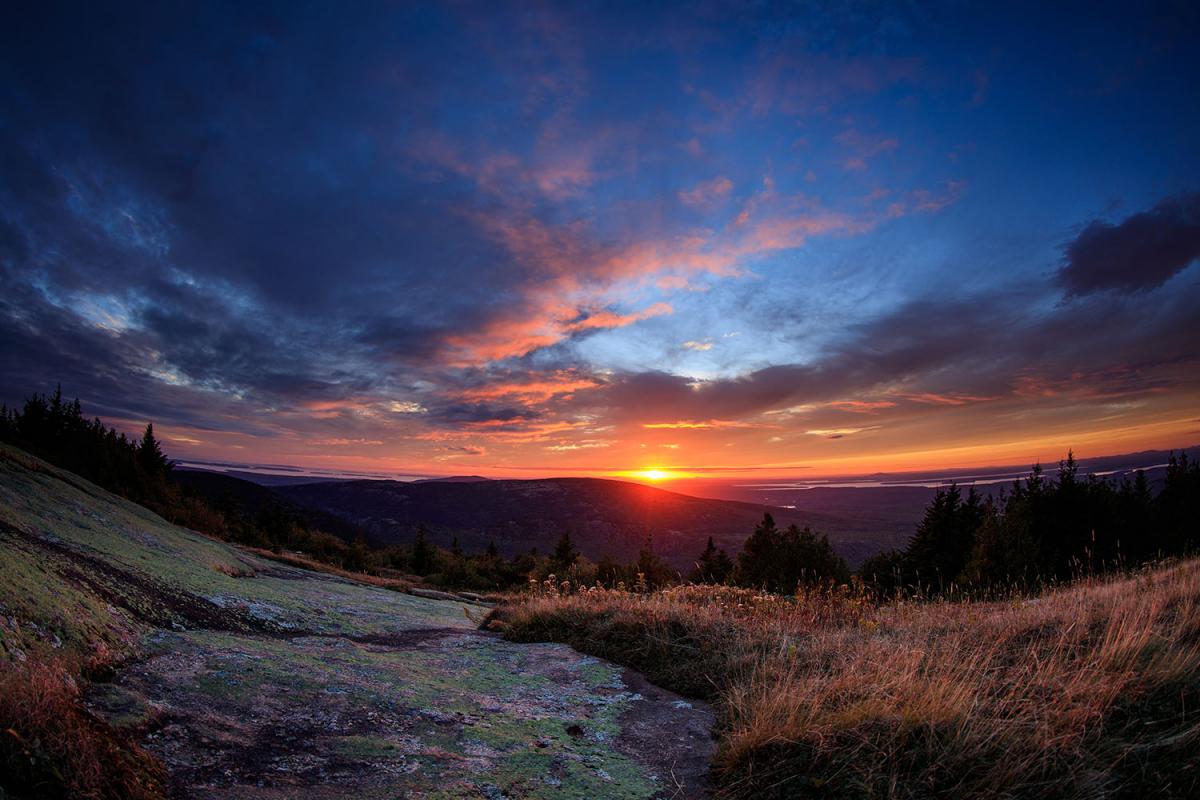 The very word “centennial” has a celebratory sound, and this year we celebrate the 100th anniversary of the National Park Service. 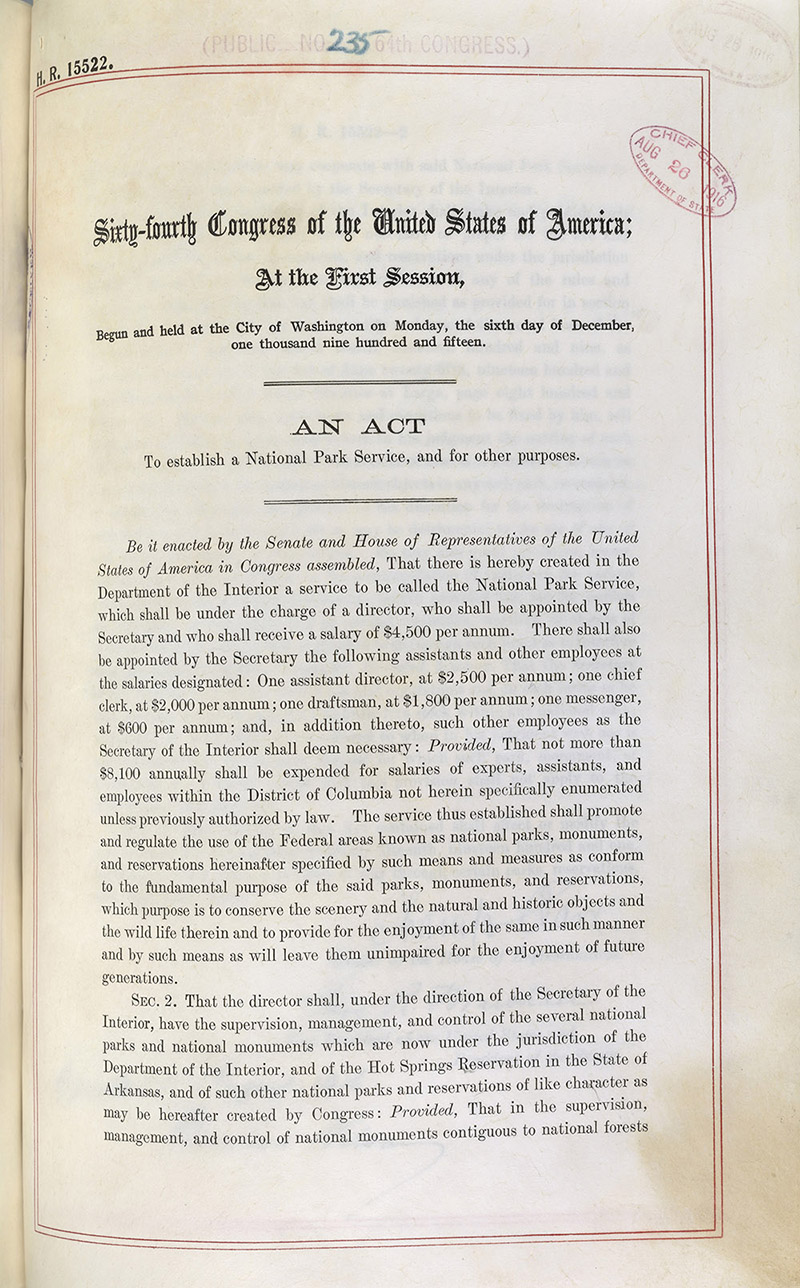 The legislation creating the National Park Service, also known as “The Organic Act,” brought most of the nation’s parkland under a single authority. According to the law, the mandate is to preserve the “scenery and the natural and historic objects and wild life therein and to provide for the enjoyment of the same” and to “leave them unimpaired for the enjoyment of future generations.”

The National Park Service is more than the 59 national parks. In all, the Park Service manages 412 areas covering more than 84 million acres in every state, the District of Columbia, American Samoa, Guam, Puerto Rico, and the Virgin Islands.

These areas include national parks, monuments, battlefields, military parks, historical parks, historic sites, lakeshores, seashores, recreation areas, scenic rivers and trails, a manmade arch, and the White House. The smallest site managed by the National Park Service is the Thaddeus Kosciuszko National Monument at the corner of South Third and Pine streets in Philadelphia. Kosciuszko was a Polish engineer and a colonel in the Continental Army. He designed fortifications for the Army including those at West Point, New York.

In 2015, 307 million people visited these parklands to enjoy the beauty of nature, listen to the songs of birds or animals calling one another, or to photograph the physical wonders of our land. They are engaged by arches carved out of rock by wind and water, or arches built by man to celebrate the opening of the West. Crystal-clear glacier lakes, rapids in forest streams, and geysers show the splendid character of water. They visit monuments to great men and women who served our country, and places where history was made.

The last half of the 19th century in the United States saw a naturalist movement arise in reaction to the rapid industrialization and urbanization of the country. 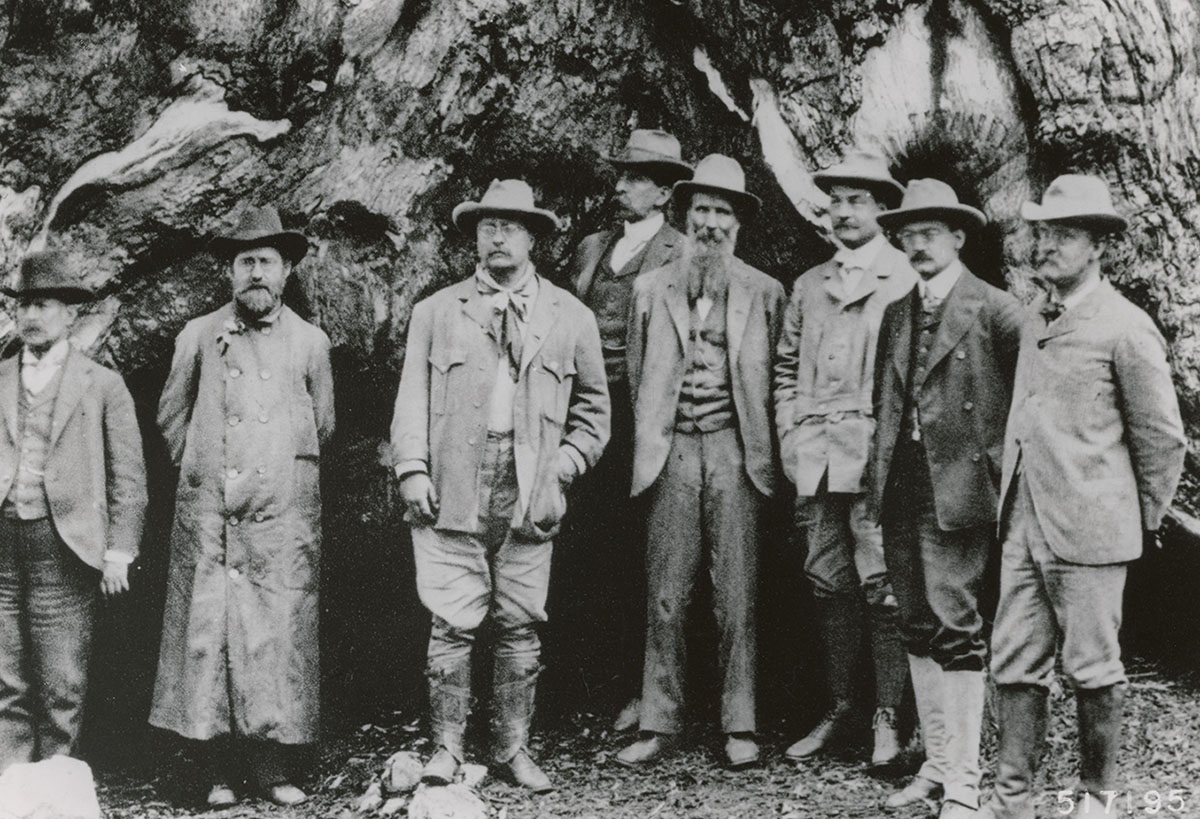 John Muir (fourth from right) and President Theodore Roosevelt (center) with park officials in a sequoia grove during a visit to Yosemite in 1905. (79-GP-7-517195)

Walt Whitman in his celebration of nature, Leaves of Grass, set the stage. Naturalists like John Muir and John Burroughs wrote extensively on the importance of preserving the natural treasures of the country. Artists like George Catlin traveled the West, documenting the American Indians and the landscape of the Rocky Mountains.

Transcendentalist philosopher and poet Ralph Waldo Emerson extolled the beauty of these treasures and visited Yosemite with Muir. Together these scholars, poets, artists, and philosophers provided the public support for the first national park, influenced President Theodore Roosevelt, and set the stage for the creation of the National Park Service.

In 1916, the number of parks and monuments managed within the Department of the Interior was exploding. During his administration, 1901–1909, President Theodore Roosevelt added five new parks, 18 national monuments, four national game refuges, and 51 bird sanctuaries. 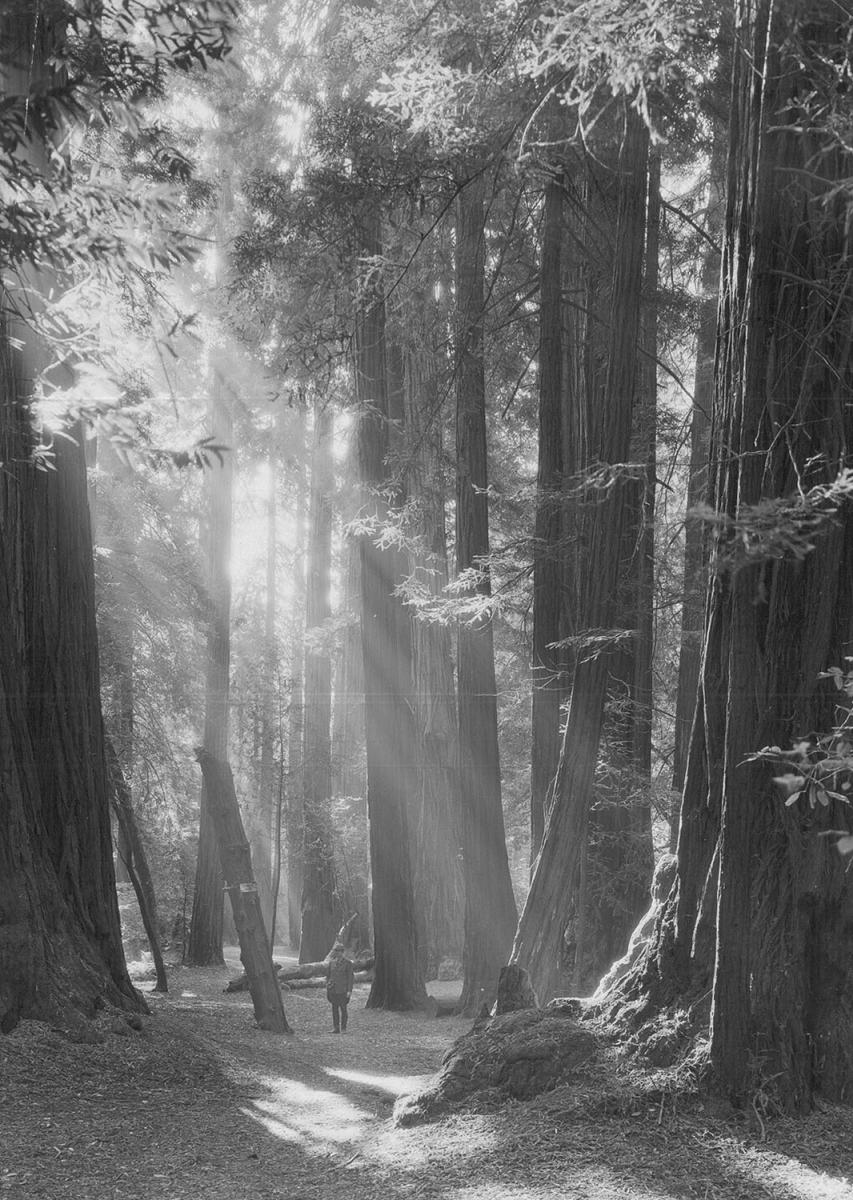 Commercial interests wanted to use these areas for activities like hotels, railroads, sawmills, and ranches. Preservationists, on the other hand, wanted to keep these lands in their natural state. The National Park Service was created to develop national policy on how these lands should be managed, balancing the interests of business and preservation.

The Park Service partners with businesses, local governments and historical associations, and over 22,000 volunteers to make these areas accessible to the public. Volunteers clear trails of brush and rebuild them where necessary. The Park Service maintains roads and bridges to allow the public free reign across these vast spaces. Businesses provide lodging and concessions throughout the park system. The Park Service coordinates these activities to assure public access.

The National Park Service is more than just land management. It is a crucible of education and research. Nearly every NPS site offers educational programs for both school-age children and adults, teaching the history and science of the local area. Park Service staff team up with public and private researchers to study the plants, animals, and ecosystems within the parks.

The National Archives holds the historic records of the National Park Service in Record Group 79. This collection includes over 32,000 maps and charts, 46,000 architectural and engineering drawings, 56,000 still pictures, and thousands of cubic feet of administrative records. Most of these records are kept at College Park, Maryland; however, records are also held at National Archives locations in Atlanta, Denver, Chicago, Kansas City, Philadelphia, Seattle, Waltham in Massachusetts, and Riverside and San Bruno in California. 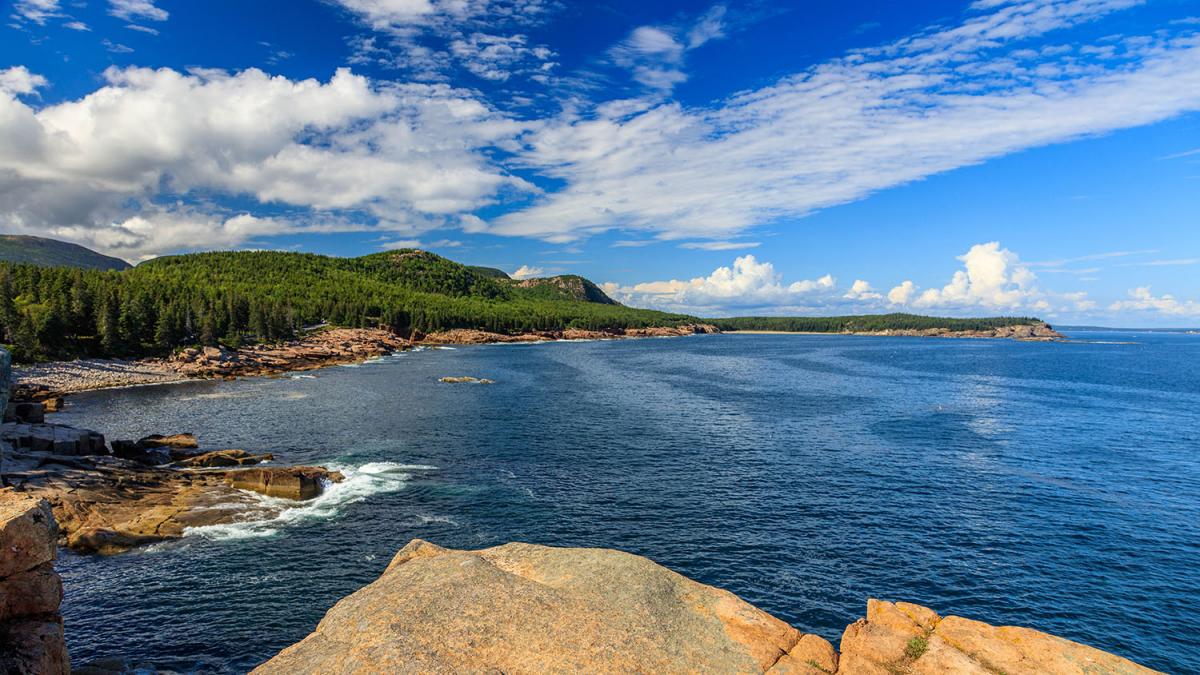 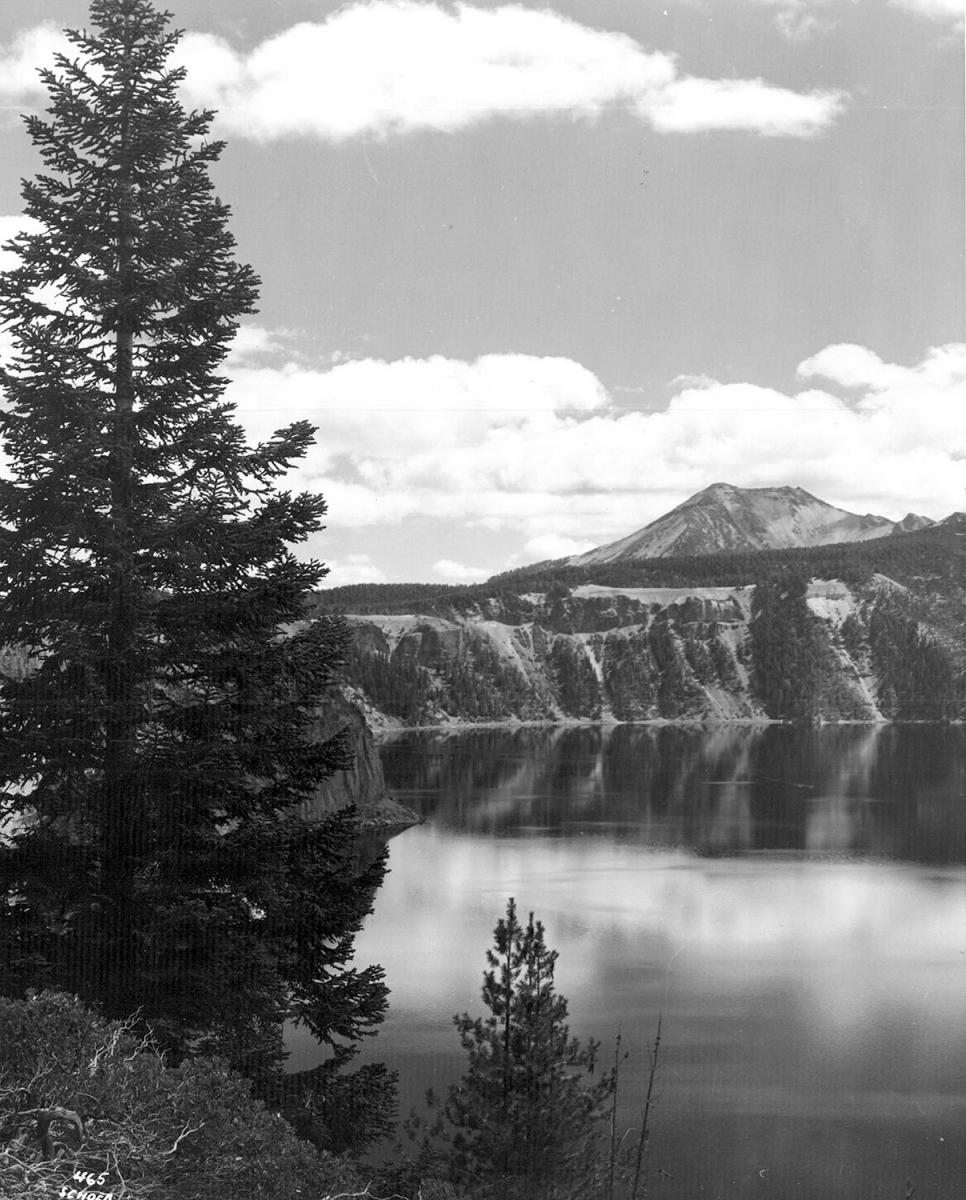 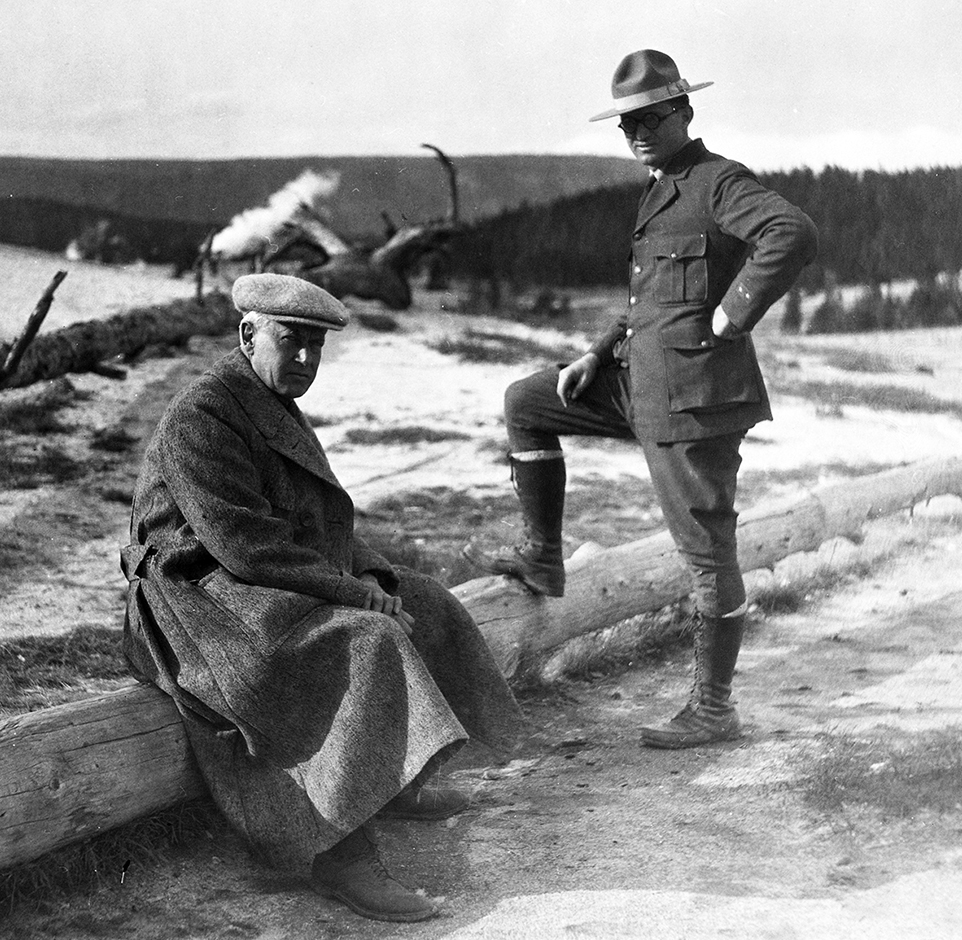 Stephen Mather (left), the first director of the National Park Service, was photographed with his assistant, Horace Albright, at Yellowstone in the 1920s. (79-SM-5-495) 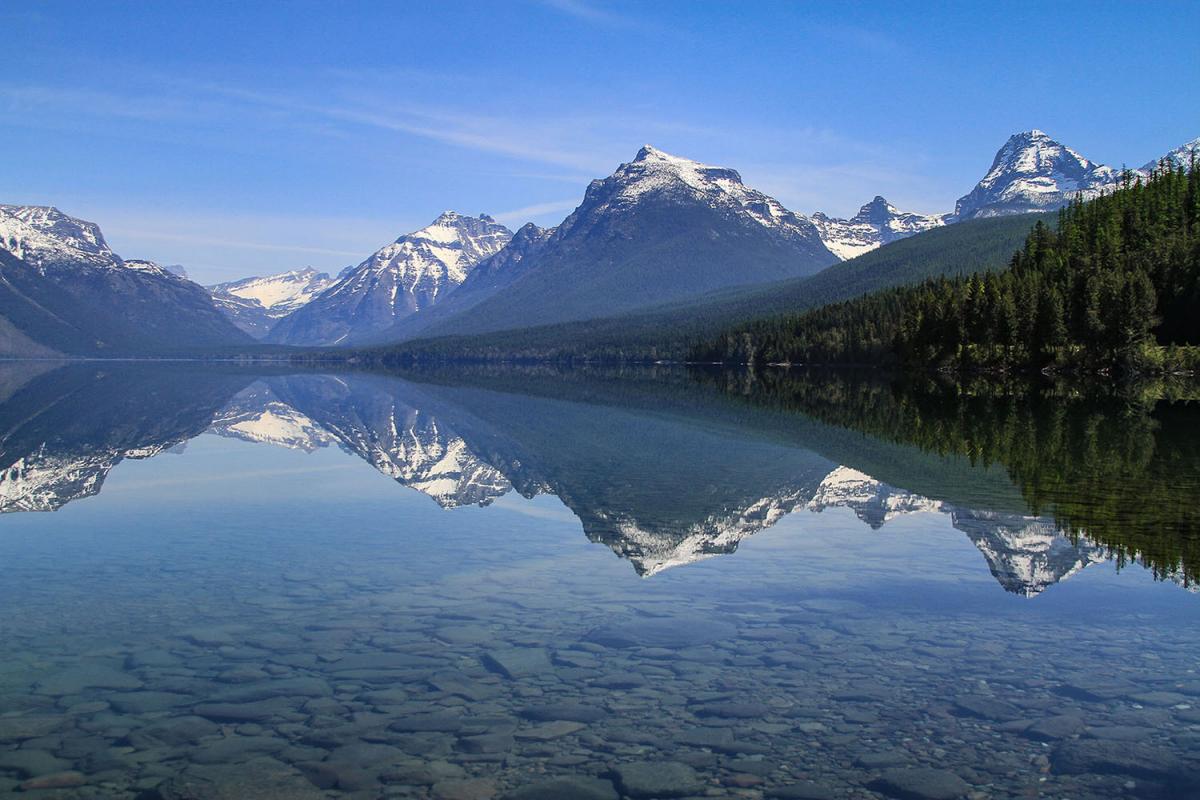 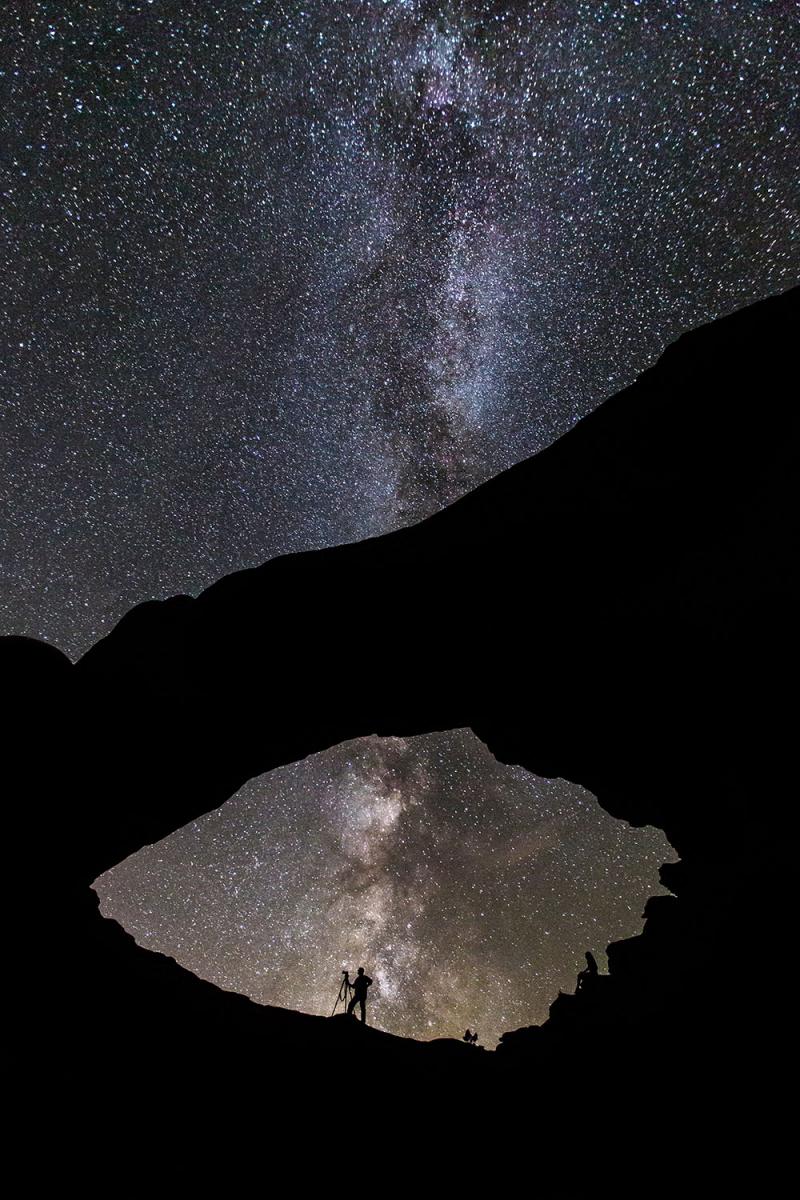 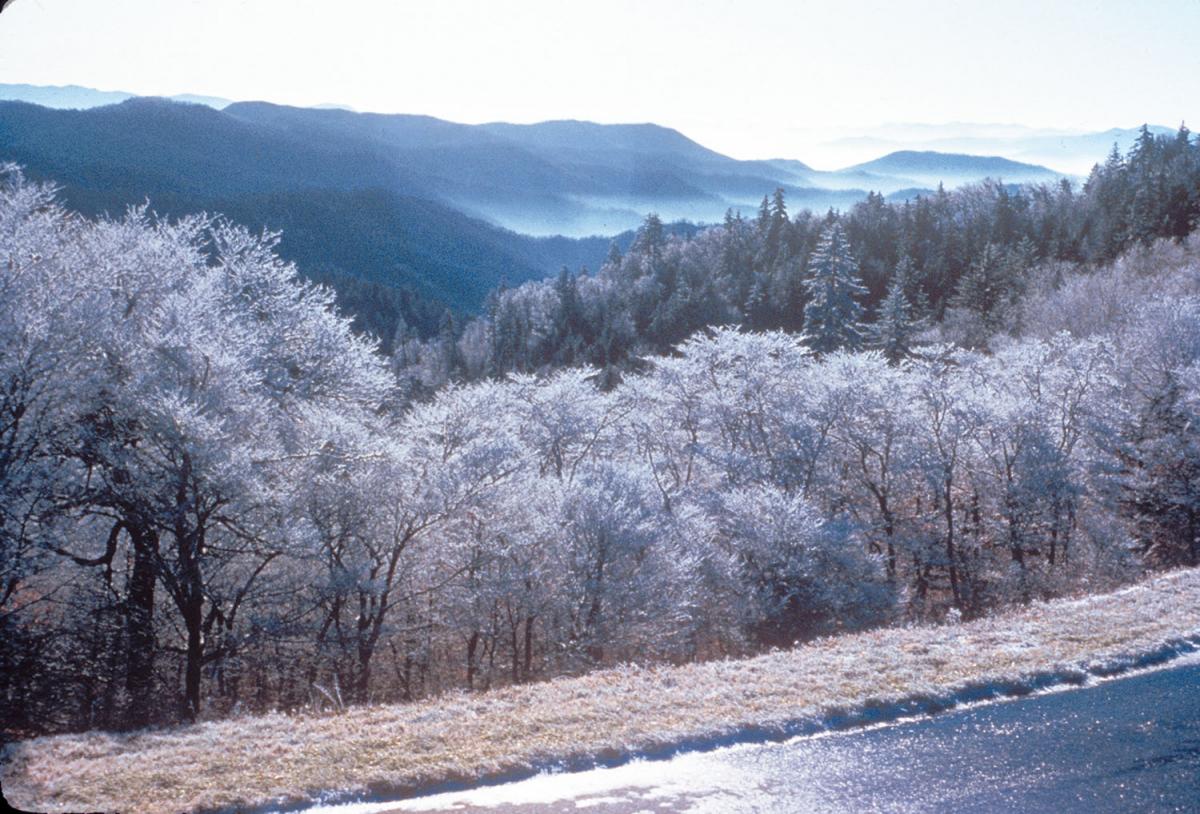 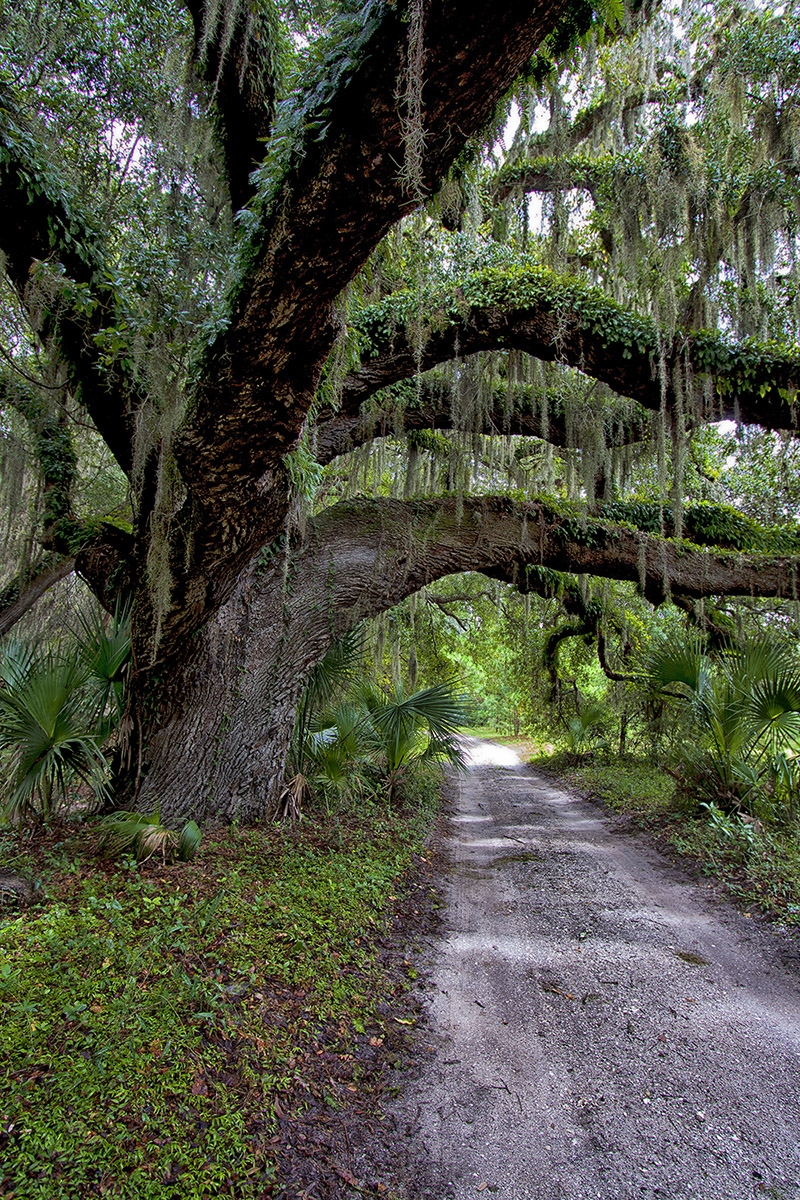 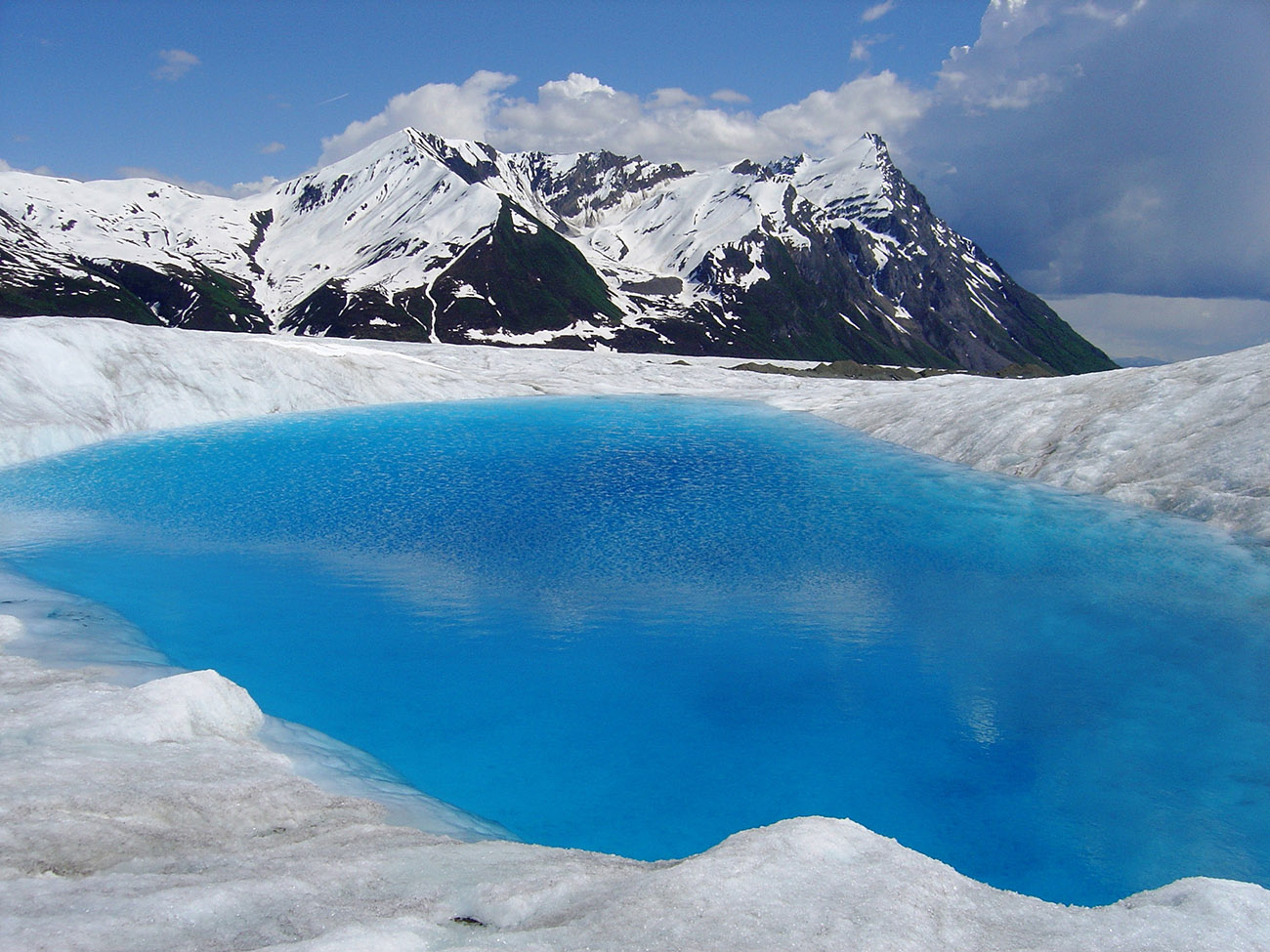 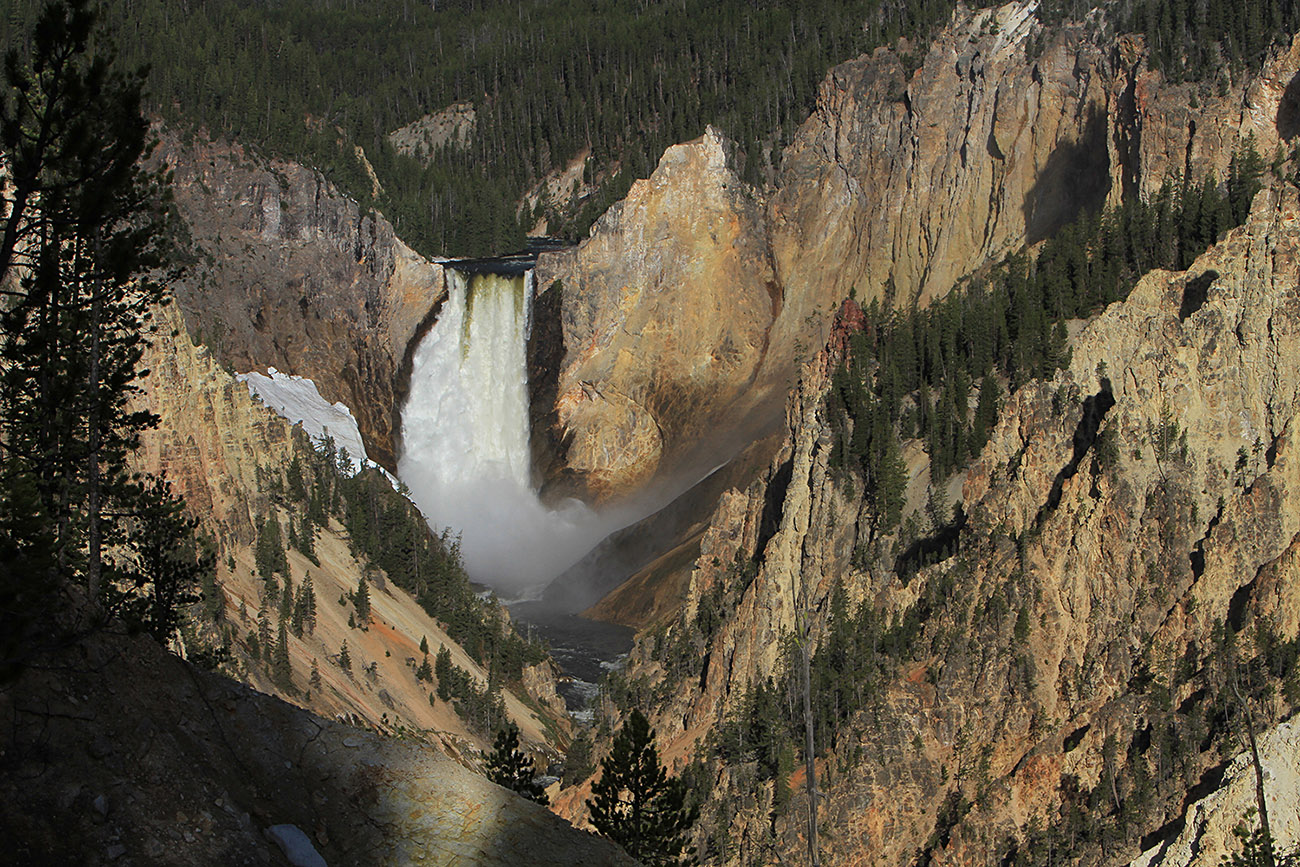 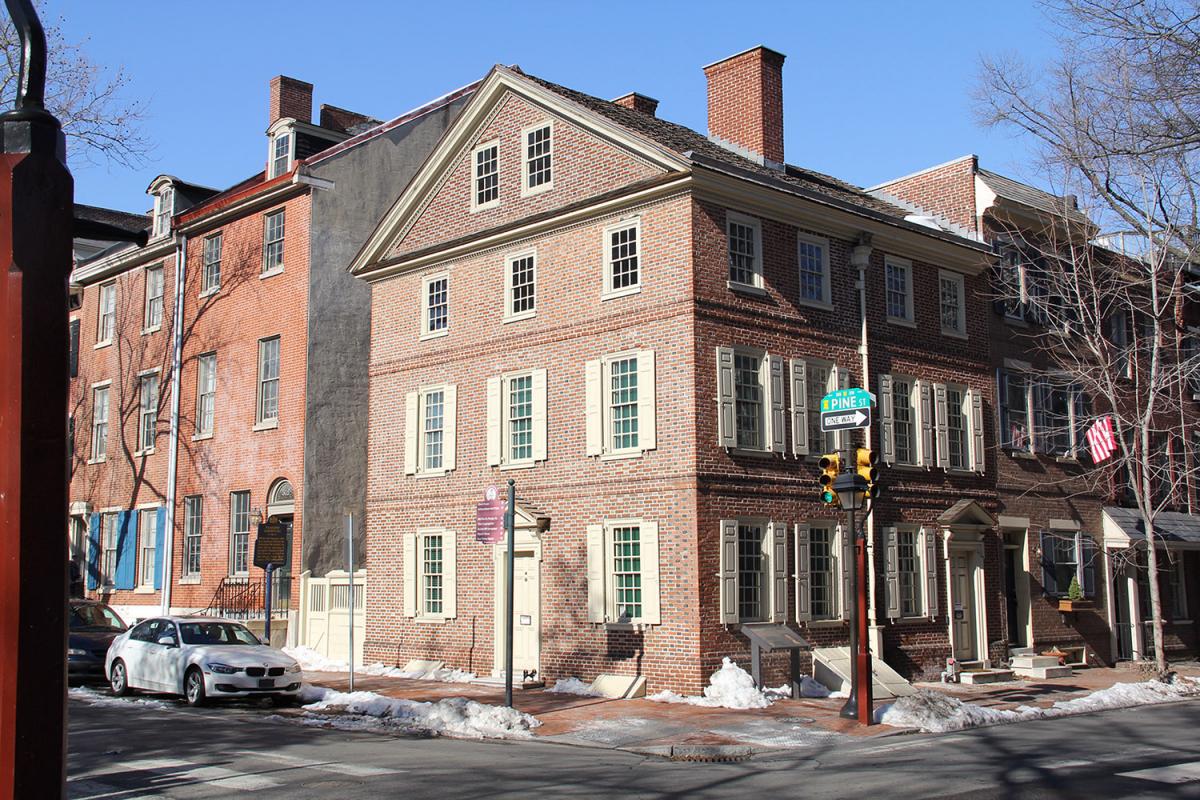