Taking a Stand for Voting Rights

The National Archives exhibit “Amending America” examines the amendments to the U.S. Constitution—both those that were ratified and those that missed the mark. Most amendments focus on securing or expanding individual rights. 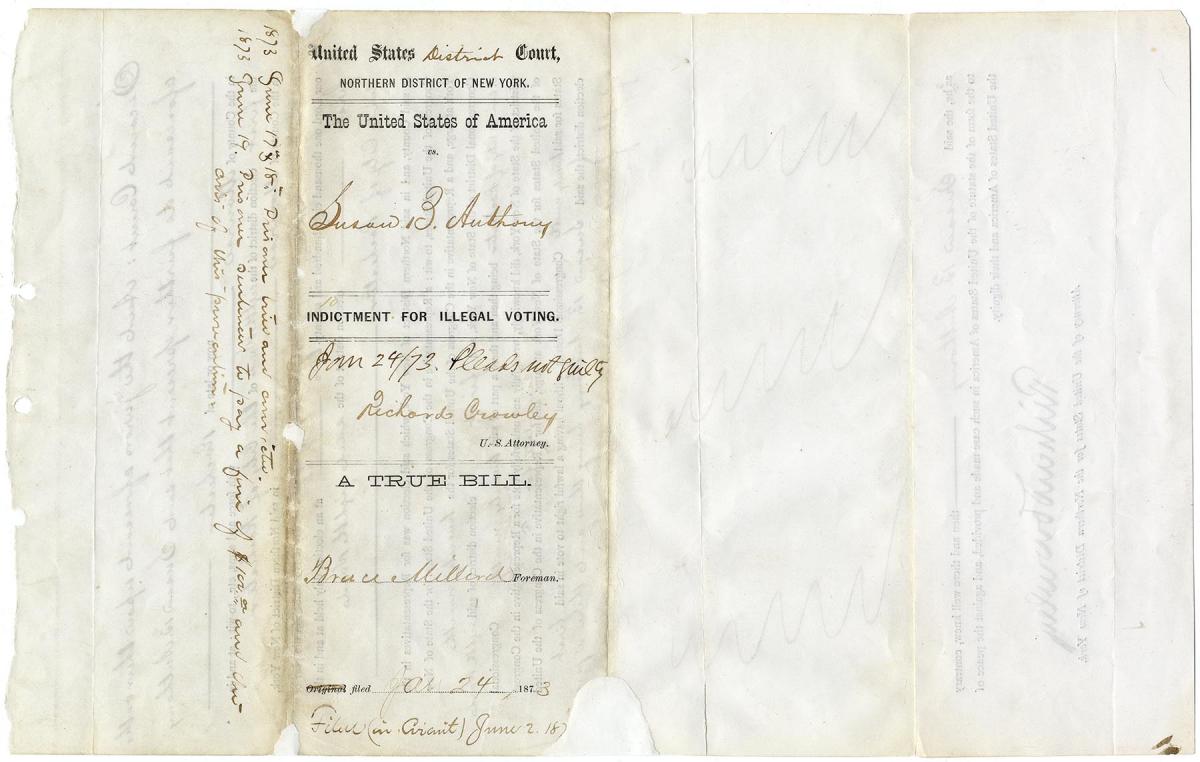 Voting rights had gradually been expanded over the years since the nation’s founding, but in the late 19th century, women were still not permitted to vote in most elections. Susan B. Anthony challenged the status quo when she showed up at her local polling place in Rochester, New York, on November 5, 1872.

Before the election, Anthony and 14 other women from the same district had successfully registered to vote, but after casting their ballots, they were arrested for voting without “a lawful right to vote.” Only Anthony, however, was brought to trial. The indictment declares that “the said Susan B. Anthony being then and there a person of the female sex” did “knowingly, wrongfully and unlawfully” vote. 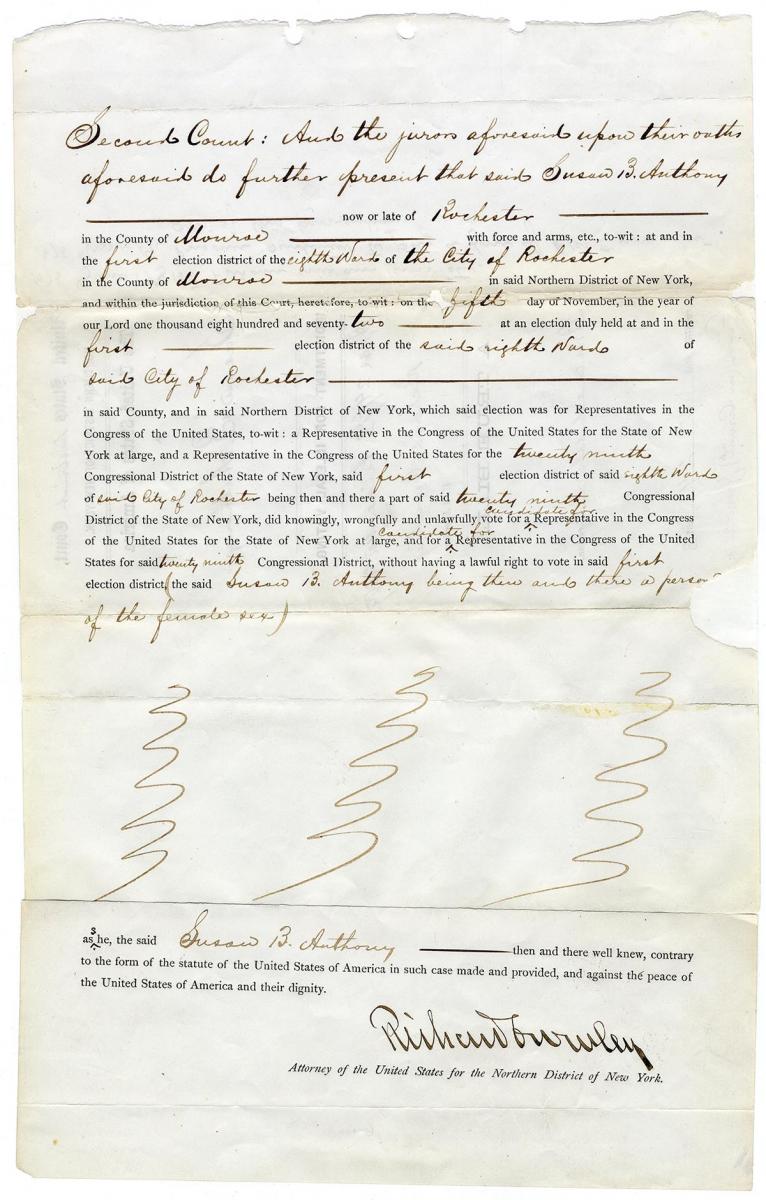 Although Anthony was singled out, it is noteworthy that her neighbors took a stand for their rights. The 14 women ranged in age from 31 to 74. Some were family members; some were longstanding advocates for civil rights.