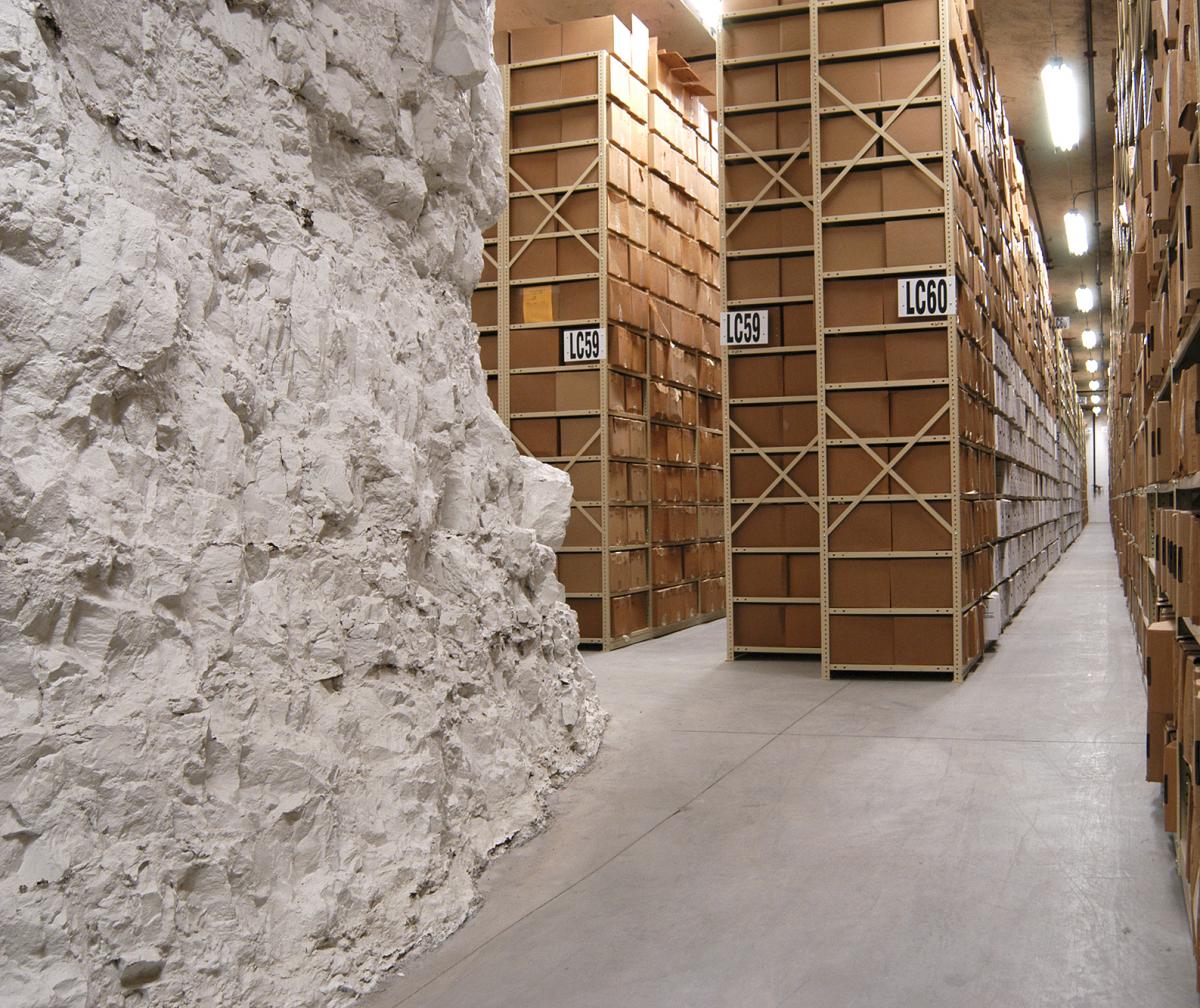 A stack in the Federal Records Center in Lenexa, Kansas. (National Archives photo) 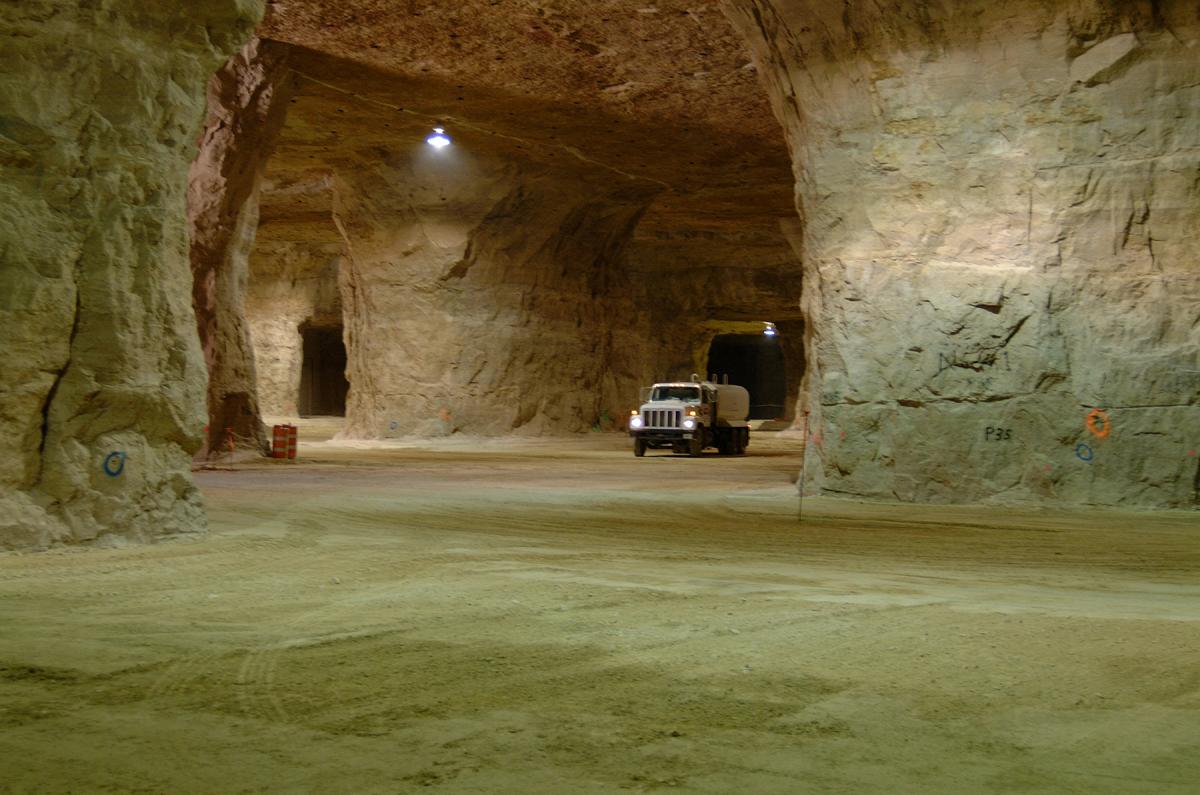 The National Archives holds hundreds of miles of film and tape, some 14 million still photographs—and billions of pieces of paper. In addition to these permanent holdings, the National Archives cares for billions of temporary, inactive records stored in our Federal Records Centers (FRCs) across the nation. Many of these are stored in man-made limestone caves in Missouri, Kansas, and Illinois.

The National Archives' first underground FRC—Lee's Summit, outside Kansas City, Missouri—opened in 1997. It's 60 feet below ground in a man-made limestone mine. The idea wasn't new to the Archives—in the 1950s and early 1960s, the General Services Administration, which included the National Archives at that time, stored vital records in a mine in Neosho, Missouri.

Mining was a booming industry in the late 19th and early 20th centuries, and the result was millions of square feet of underground space. The caves were largely abandoned after the area's building boom ended. Then in the 1950s, businesses started using the old mines for storage. Since then, the underground space has been retrofitted and adapted for commercial use.

Because the temperature is naturally around 60 to 70 degrees, there is significant savings in temperature and humidity control. And underground storage is also less expensive than above-ground storage, with plenty of room for expansion and enhanced security.

Today, the National Archives has four underground facilities. In 2003 the Archives opened an underground FRC facility in Lenexa, Kansas. In addition to serving as a records center, Lenexa has two archival cold storage rooms. With temperatures maintained at 25°F and 35°F, staff have nicknamed the space the "Ice Cube."

In addition to Lee's Summit and Lenexa, a third cave in the region, in Kansas City itself, opened in 2012.

The Kansas City FRC is in "Subtropolis," another excavated mine. In addition to having sufficient space and conditions to store records, Subtropolis—which is dubbed the "World's Largest Underground Business Complex"—has several miles of illuminated, paved roads and railroad tracks; houses a paintball and laser tag course; and holds an annual 5k and 10k Groundhog Run.

In 2008, a limestone cave in Valmeyer, Illinois—about 40 miles southeast of St. Louis, Missouri—opened as an annex to the National Personnel Records Center for records of former military and civilian employees of the federal government. This was the first time the Archives used underground space outside the Kansas City area.

With inexpensive and secure storage, significant energy savings, and vast expansion capabilities, these caves may be the perfect solution for records storage at the National Archives. To learn more about the Federal Records Center program visit their website: www.archives.gov/frc/.