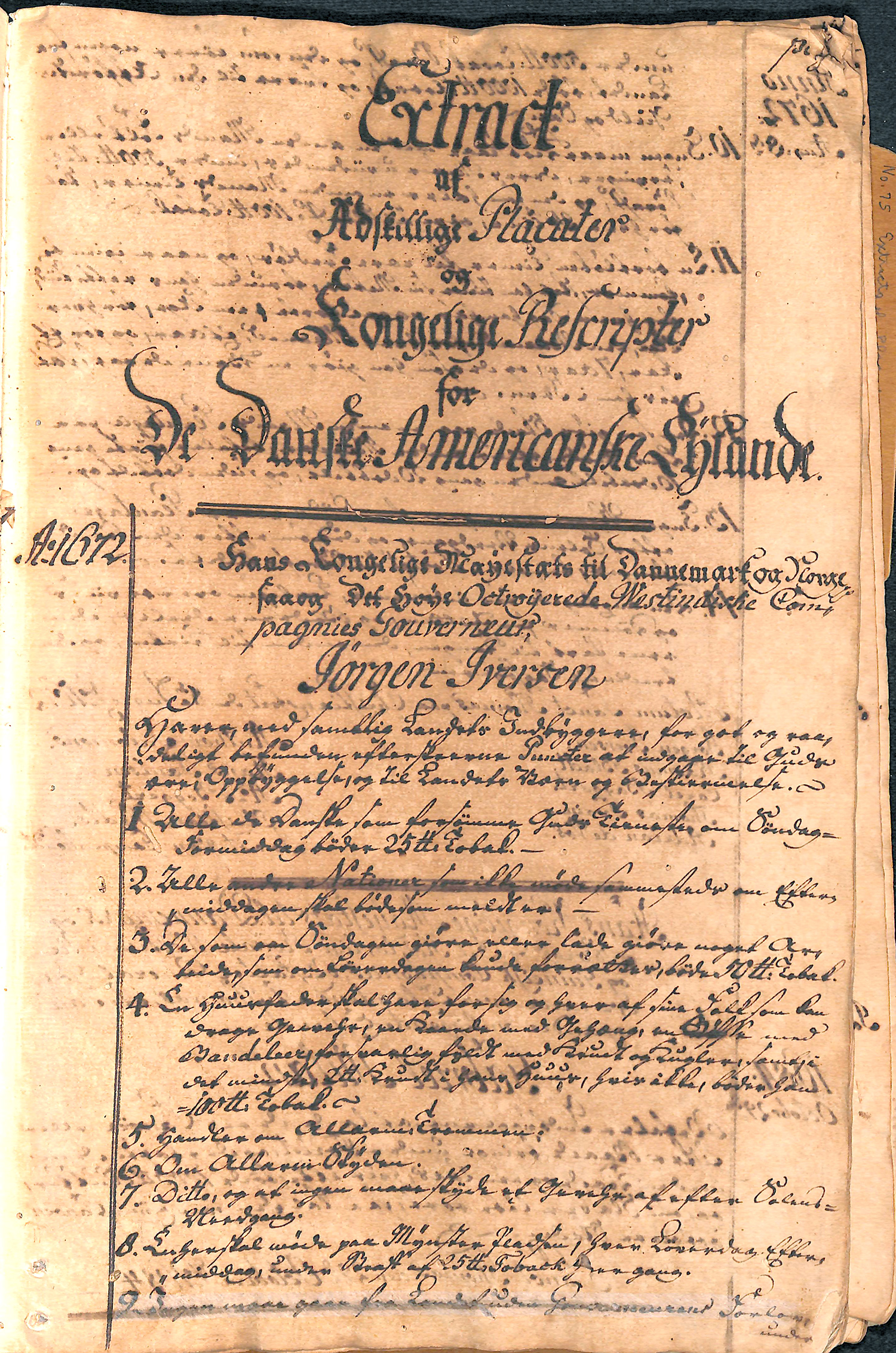 Enlarge
Danish Royal Ordinance (Records of the Government of the Virgin Islands, RG 55)

"What's the oldest document in the Archives?" The question does not seem complicated. But coming up with an answer is, surprisingly, not easy. The National Archives and Records Administration encompasses the presidential libraries, which hold records of and gifts to Presidents from Herbert Hoover to George W. Bush. Is the "oldest document" a 24th-century BCE cuneiform tablet given to Franklin Roosevelt? Or a 1336 Treaty of Ormonde and O'Kennedy given to John Kennedy?

For this page, we decided to limit our choices to accessioned records in the holdings of the National Archives of the United States. Gifts would have to wait for another day.

The oldest written record identified so far is a set of fragments from a manuscript Talmud dating from about 1100. The fragments were sent to the State Department in 1933 as evidence to support a claim against Turkey brought by Ephraim Deinard, an antiquities collector.

Yet—though these fragments are in U.S. government files, they were not created as a government record. With this narrower definition, we settled on a document called "Extract of Royal Ordinances for the Danish American Islands," created in 1672. Records of the Government of the Virgin Islands include the records created while the islands were a Danish possession. Those records stayed in the islands after Denmark sold the territory to the United States in late 1916.

Recognizing that the title "oldest" can be debated in different ways, we present here the 1672 Extract of Royal Ordinances.