Elections and the Electoral College 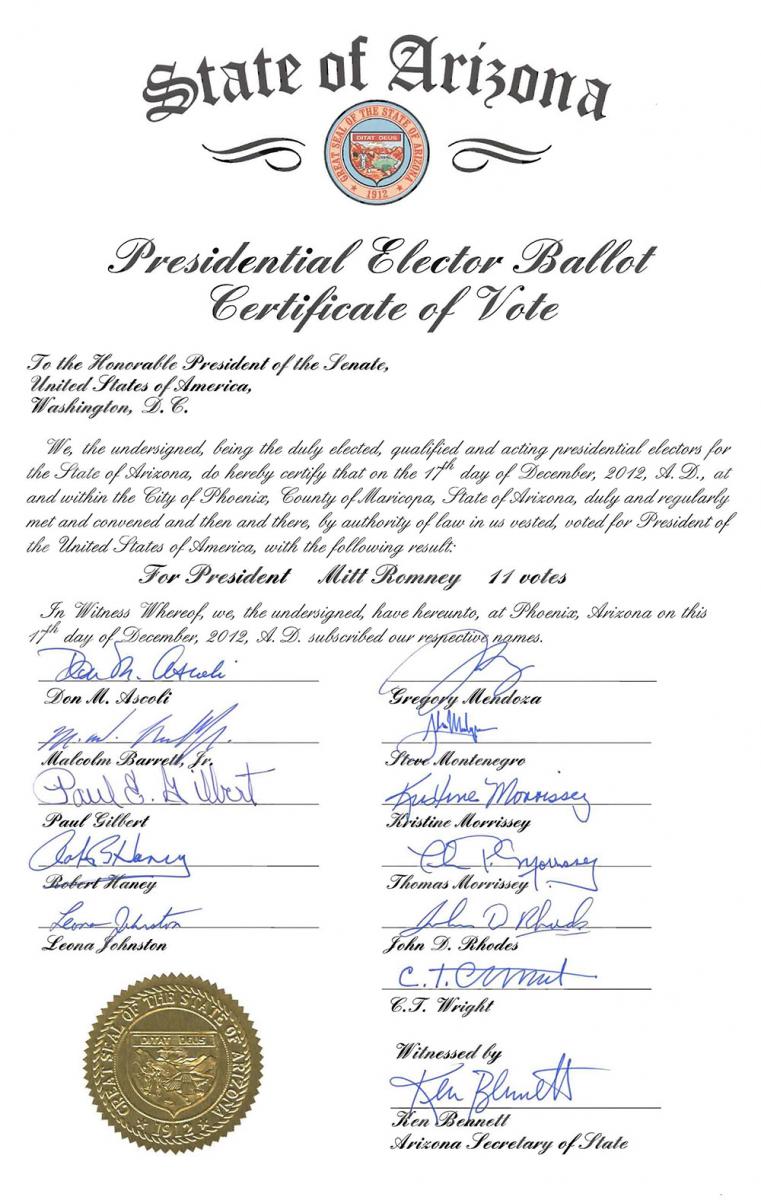 Arizona's elector's cast 11 votes for Mitt Romney for President in the 2012 election. (Office of the Federal Register)

When you vote in November, you won’t be casting your ballot directly for the Republican nominee or the Democratic nominee or any other candidate who wants to be President. Instead, you will be voting for the people who will actually “elect” the next President. They are called “electors,” and their names are often on the ballot, too. They are pledged to vote for a particular candidate, although some are unpledged.

Each state gets one elector for each member of its congressional delegation, and the District of Columbia gets three, which makes a total of 538 electors. A candidate needs 270 votes to become President. This system is known as the Electoral College.

In 1952, the Office of the Federal Register oversaw its first Electoral College, and the process hasn’t changed much since. Before the November election, the OFR’s legal staff sends a package to state and District officials with an outline of their responsibilities and guidance for electors.

The OFR then works with the U.S. Senate to ensure they have all Certificates of Vote. In early January, the votes are counted before a Joint Session of Congress, which certifies the election.

Three of the original pairs of each state’s certificates ultimately make their way to the National Archives Building, where they will be preserved for generations to come.