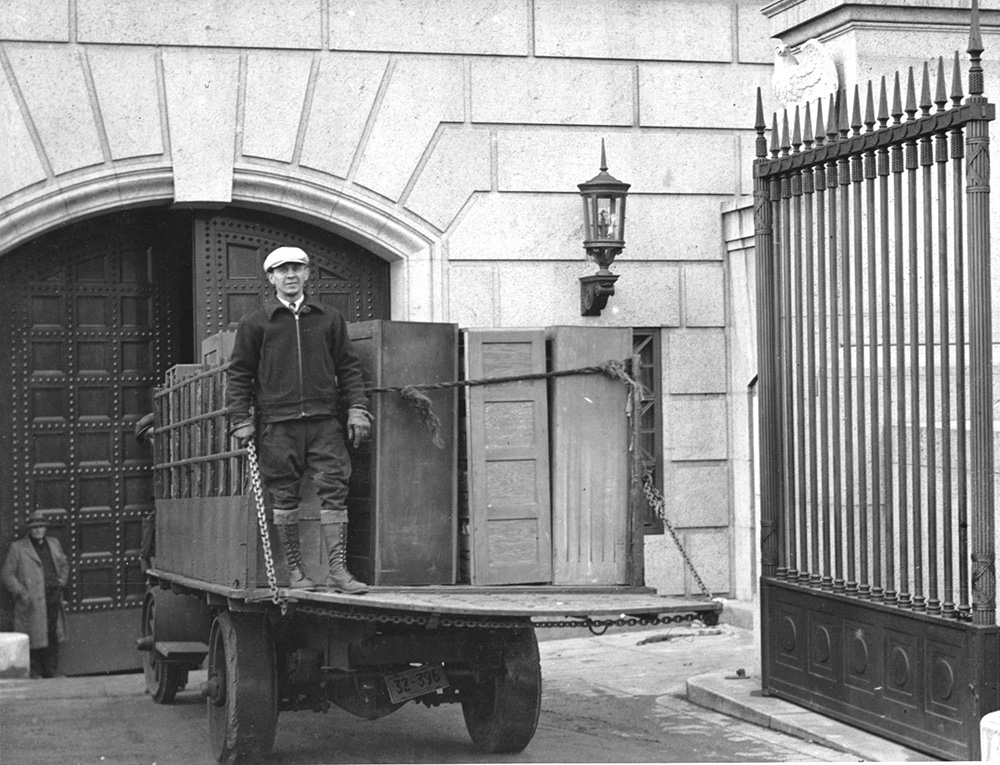 Ever wonder what records had the distinction of being the first to be stored at the National Archives?

In early 1936, the massive, brand-new National Archives Building in Washington, D.C., received its first batch of records—the records of the U.S. Food Administration, Sugar Equalization Board, and the U.S. Grain Corporation.

These were defunct World War I–era agencies that regulated the supply, distribution, and conservation of food.

Their mission was to devise programs to cut food consumption at home so more would be available for overseas war use. With the war over, however, these functions were no longer necessary and the agencies were abolished.

Why these particular records?

Back in 1927, President Calvin Coolidge ordered the Commerce Department to keep the records until the National Archives Building was constructed. Congress had just approved the building’s initial funding a year earlier.

When the building was nearing completion, Archives staff began to survey records in the District of Columbia to determine what should be sent to the National Archives for permanent storage. Before the National Archives existed, federal government records were kept wherever space could be found—basements, attics, storage rooms, and garages around the city.

A large amount of executive agency records—including these World War I–era records—made their way to what was called the “White House Garage” at 21st and L Streets, NW. The “Garage” was particularly notable because of its extremely unsuitable storage conditions.

When the examiner went to survey the records, he found them in complete disarray, with an accumulation of dust and vermin, and in danger of fire and water damage. He recommended the records be moved someplace safer immediately and noted Coolidge’s order as further reason to act as quickly as possible.

The shipping began on January 7, 1936. Over a stretch of 16 days, 192 truckloads of records were transported to the National Archives Building—17,000 cubic feet in total.

Since this was the first transfer ever, Archives staff used these records to experiment with and devise a way to classify and store records. Although they might not have been the most intrinsically valuable records, they allowed staff to gain the experience necessary for future record transfers to the building.

Today, with more than 13 billion sheets of textual records alone, the National Archives has had a lot practice since that first transfer over 80 years ago.