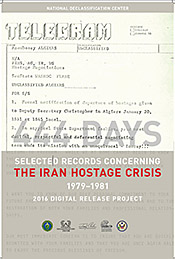 The Iran Hostage Crisis was a major international crisis caused by the seizure of the U.S. Embassy in Tehran and its employees by revolutionary Iranian students, who then held the Embassy employees as hostages, in direct violation of international law. The revolutionary government of Iran, under the Ayatollah Khomeini, supported the hostage undertaking. The crisis ended with the release of the hostages after a captivity of 444 days, from November 4, 1979 to January 20, 1981.

Since the release of the hostages, a large body of literature has been written about this event. A timeline of significant events might, however, provide a historical framework for understanding the records in this web release of newly declassified records.

The approach of the 35th anniversary of the end of the Iran Hostage Crisis in January 2016 led the National Declassification Center (NDC) to begin reviewing certain records series related to the Crisis and prepare them for release. A majority of the records came from the Department of State and documented the work done by various Department of State officials and working groups in trying to bring about a diplomatic end to the crisis. The NDC was specifically interested in records which had not been released before by the National Archives and Records Administration (NARA) and which would thus be likely to provide additional information on the Crisis. The NDC was also interested in working with other divisions of NARA that would be able to provide additional records chronicling the Hostage Crisis. Working in tandem with the NDC, staff at the Jimmy Carter Presidential Library and Museum were able to release additional records related to the Hostage Crisis that had not been previously available. These records were then included as part of this special project for a total of approximately 7200 pages of newly declassified records from several series.

Introduction to the Records 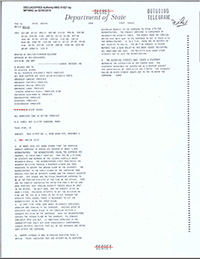 A November 4, 1979, telegram from the State Department documents the beginning of the Iran Hostage Crisis. National Archives Identifier 24493739 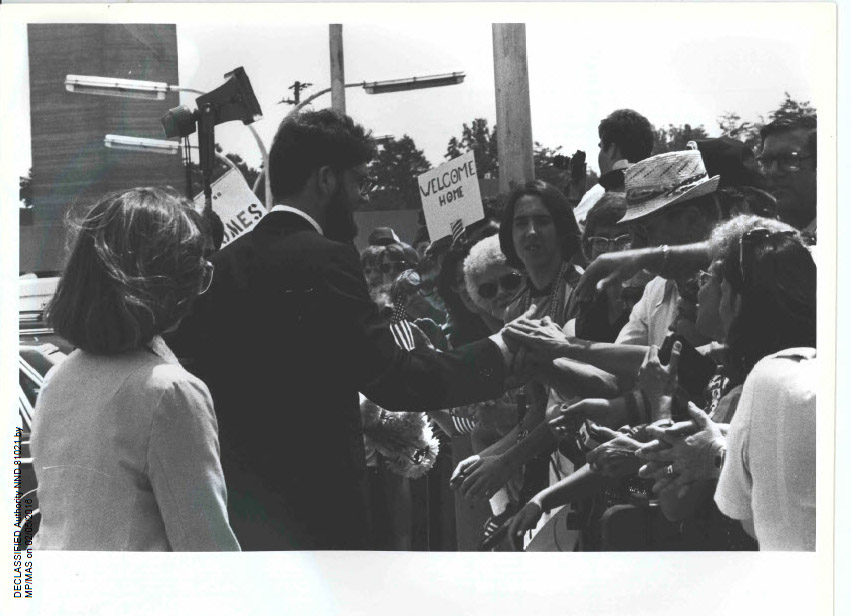 The images scanned for this release are a sampling of the records, about 1000 pages from a total of 7200 pages. The scanned records indicate the kind of information available in these records, but it is hoped also that they will provide some basis for research into this significant historical episode.

The Situation Reports (Sitreps) were up-to-the-minute, informational reports about developments of the hostage crisis. The first one was issued on the day the hostages were taken, November 4th, 1979; the last one, Sitrep No. 561, was issued on January 19th, 1981, the day before the hostages were released. Generally, there was one Sitrep issued each day, and on some days, especially early in the crisis, several were issued per day. The Sitreps were created by an informal organization within the Department of State called the Iran Working Group (IWG).

Other archival holdings of this institution will complement more fully the records described in this web release. In addition, the Library is an excellent resource for primary source documents about the Hostage Crisis in general. The Carter Library has a web page dedicated to the topic, " The Hostage Crisis in Iran".