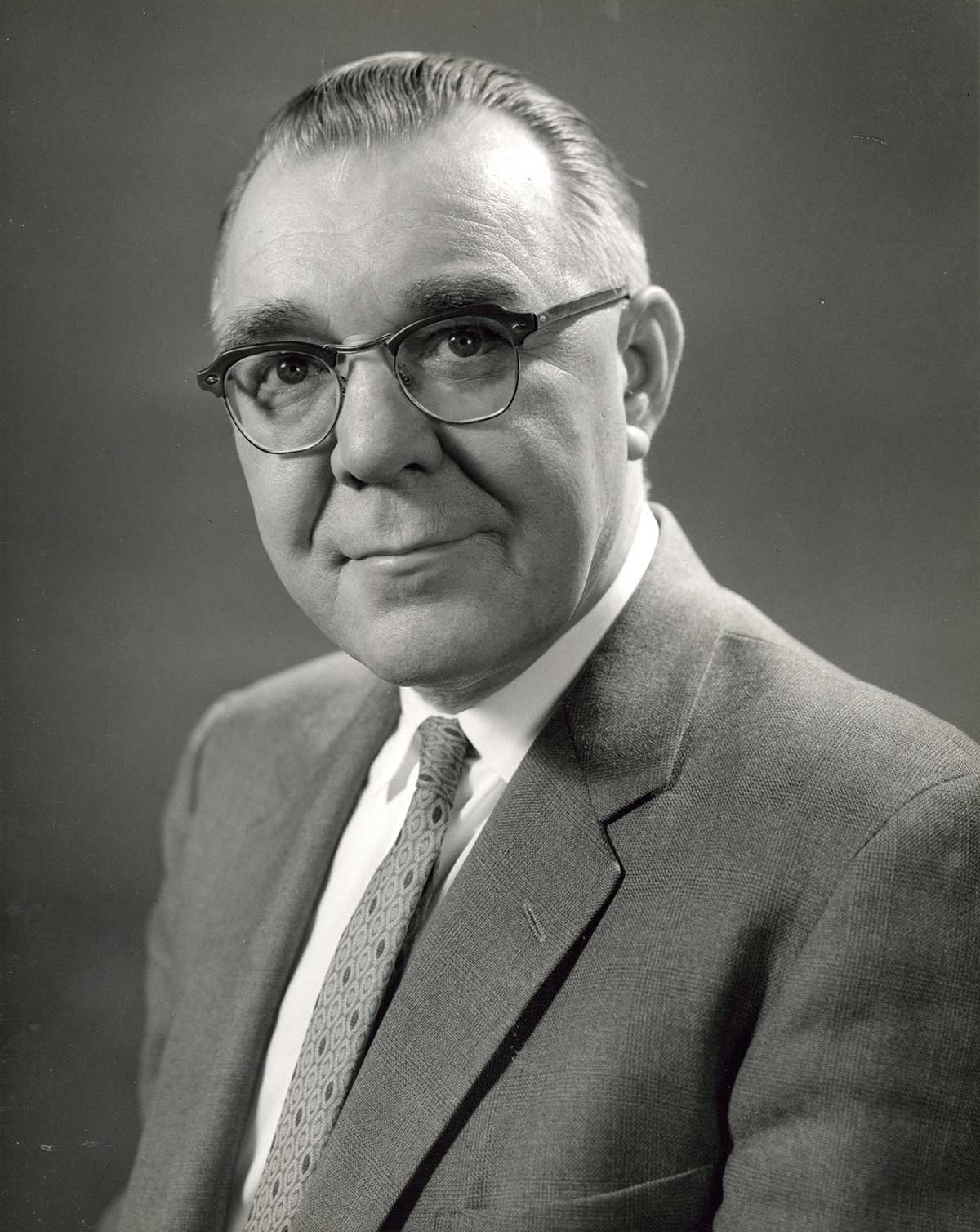 Portrait of Robert Bahmer Fourth Archivist of the United States, 1965-1968.

Robert Henry Bahmer (September 27, 1904 – March 14, 1990) was the fourth Archivist of the United States. Bahmer was born on September 27, 1904 near Gardena, ND. He earned his bachelor's degree from Valley City State University in Valley City, ND, his M.A. from the University of Colorado at Boulder, and a doctorate from the University of Minnesota. After teaching at junior colleges in Montana and Michigan, Bahmer moved to Washington, DC, in 1934 to work for a member of the U.S. House of Representatives.

Bahmer joined the National Archives in 1936 as part of the staff that helped develop the agency during its early years. When the United States entered World War II, Bahmer was assigned as chief archivist for the Navy and later deputy chief of the records management branch of the Army’s adjutant general’s office. In 1948 he returned to the National Archives to be Deputy Archivist and served as a close adviser to Archivist Wayne Grover. Bahmer first served as Acting Archivist from November 7, 1965, until the General Services Administrator appointed him to be the fourth Archivist of the United States on January 16, 1966. Bahmer used his brief tenure as Archivist to broaden the visibility of the Archives—he began a number of endeavors intended to reach out to new and varied audiences. After Bahmer left the Archives, he retired into private life.

Learn more about Bahmer in the blog post: Robert H. Bahmer: Bringing the National Archives into the Spotlight.