Oral History at the National Archives

The National Archives Oral History Project collects the historical experiences, insights, and perspectives of staff and former staff. The interviews help us understand the agency’s culture, work practices, decision-making processes, historical actions, and events, and they also help preserve the institutional memory of the National Archives.  We will continue to add transcripts to this website.

If you are interested in participating in the project as an interviewer or interviewee, or have suggestions on possible interviewees, contact the National Archives History Office: archives.historian@nara.gov

Bill Davis started his 32 year career at the National Archives in the Legislative Diplomatic Branch working with State Department Records. After working in the Library and Printed Archives Branch and on the Archival Publication Staff he came to Legislative Archives in 1988 where he worked until his retirement in 2016.

Michelle Dozier came to the National Archives in 2001 as the Archives.gov team leader on the Web Program staff, and later became the Web Program Manager. She ended her NARA career in 2015 as a Digital Analyst in the Office of Innovation.

Nancy Fortna started her career at the National Archives in 1987 as a Microfilm Operator in the Office of Federal Record Centers on K Street in Washington, DC. During her 27-years at the National Archives she held numerous positions including in the Professional Development and Training Office, and the Life Cycle Management Office. Nancy ended her NARA career in the Customer Services Section at Archives I where she helped develop the “Know Your Records” education program and the annual National Archives’ Genealogy Fair.

Benjamin "Ben" Guterman worked for the National Archives for 24 years. After starting as an intermittent student employee, Ben spent most of his career as a writer-editor working on various publications including Prologue magazine.

David Kepley worked for the National Archives for 36 years and was chief of four different branches. In his interview, Kepley discusses the Archival Research Catalog (ARC), traces the origins and development of NARA’s Electronic Records Archives (ERA), and talks about NARA’s independence from GSA.

Marvin Pinkert was the Director of Museum Programs for 11 years starting in December 2000 to oversee the re-encasement of the Charters of Freedom and manage the creation of the National Archives Experience, which culminated with the creation of the permanent exhibit The Public Vaults and the opening of the McGowan Theater.

Tasha Thain was the Director of NARA's Corporate Records Management for two years, from June 2014 - June 2016. She worked in records management for 18 years prior to coming to NARA.

Ken Thibodeau worked for the National Archives for 22 years. He began his career in 1975 working in the Machine-Readable Archives Division and, later, he was Director of the Electronic Records Archives (ERA) program from its inception in 1998. He also led the effort to implement the George W. Bush Presidential Library's electronic record system.

Stanley "Stan" Tozeski worked for the National Archives at Boston for 24 years. He worked as an archivist and especially enjoyed working on the military and court records and was later general assistant to Jim Owens.

Don Wilson started his National Archives career at the Dwight D. Eisenhower Presidential Library and in 1981 became the first Director of the Gerald R. Ford Presidential Library. In 1987 President Ronald Reagan nominated and the U.S. Senate confirmed Wilson to be the first Archivist of the United States after the National Archives regained its independent agency status in 1985. 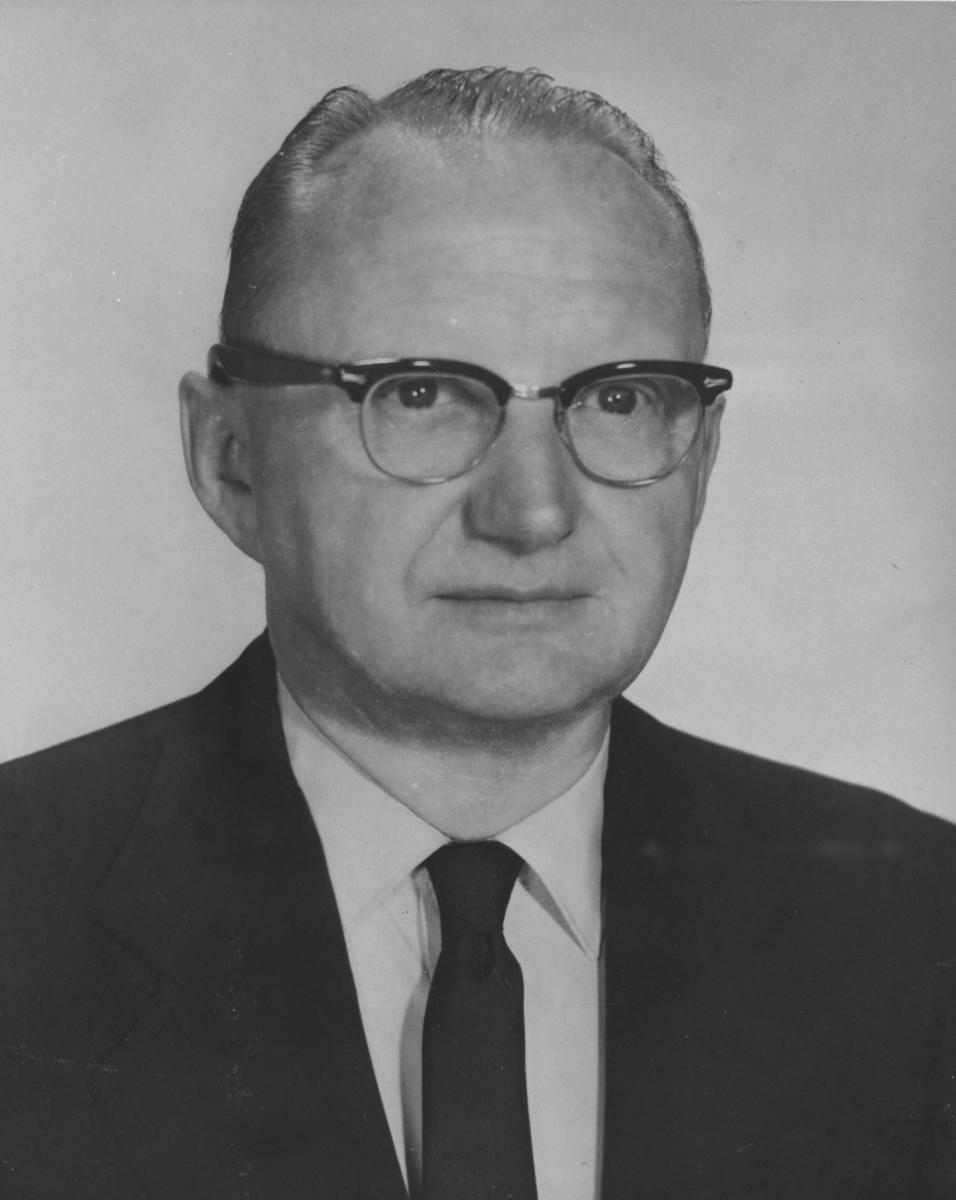 Over the next two years, Brooks interviewed several high-level former staff, including fourth Archivist of the United States Robert Bahmer. Most of Brooks’s subjects had come to the National Archives when the agency first began hiring staff in 1935. The 15 completed interviews provide vital insight into the agency’s formative years.

For more information, consult the files related to this project in the Record Group 64, Records of the National Archives. 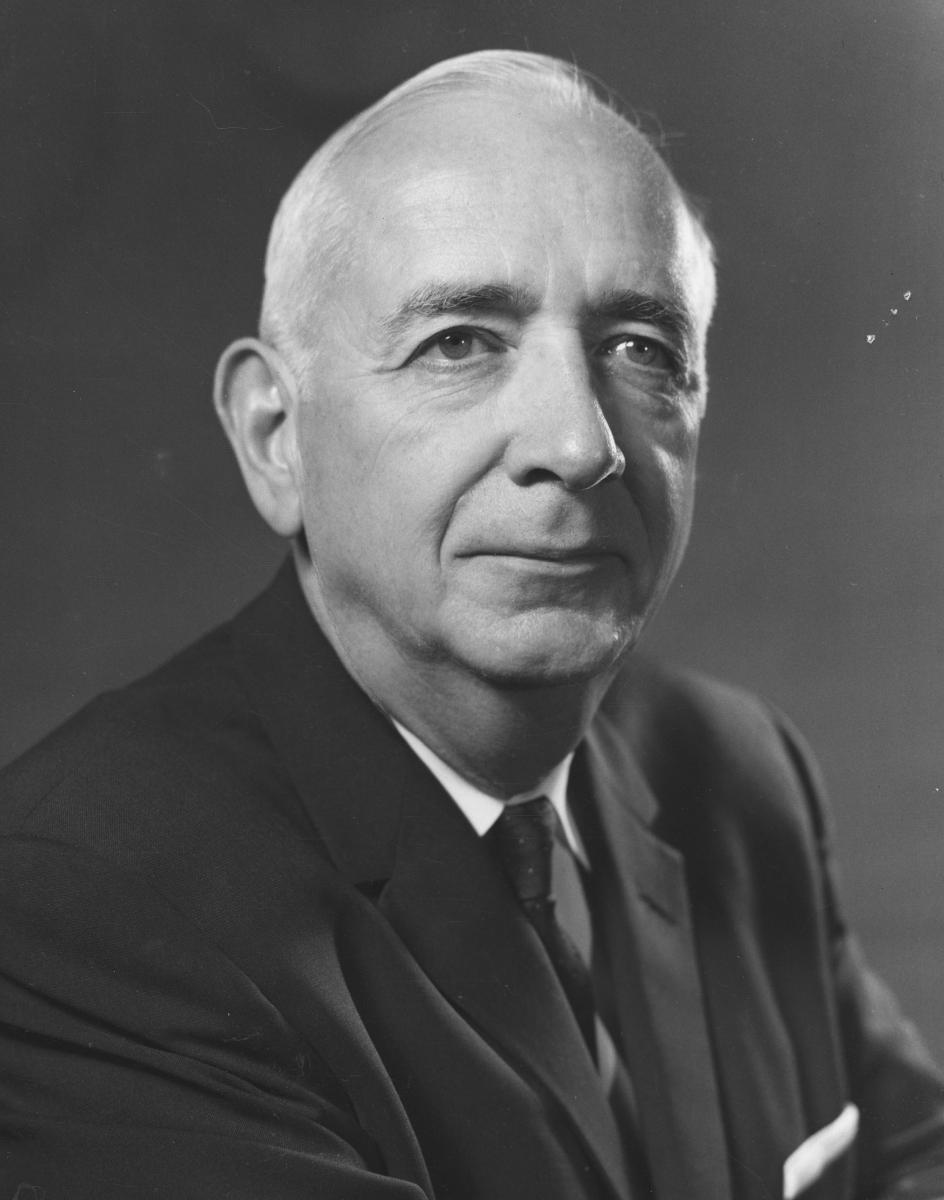 Herbert Angel came to the National Archives in 1936 as the Assistant Director of Publications. Angel worked in various capacities for both the National Archives and later the General Services Administration. He eventually became Deputy Archivist of the United States and served from 1968 until his retirement in 1972. Angel’s oral history covers initial staff selection and hiring at the National Archives, and the agency’s development in its early years. 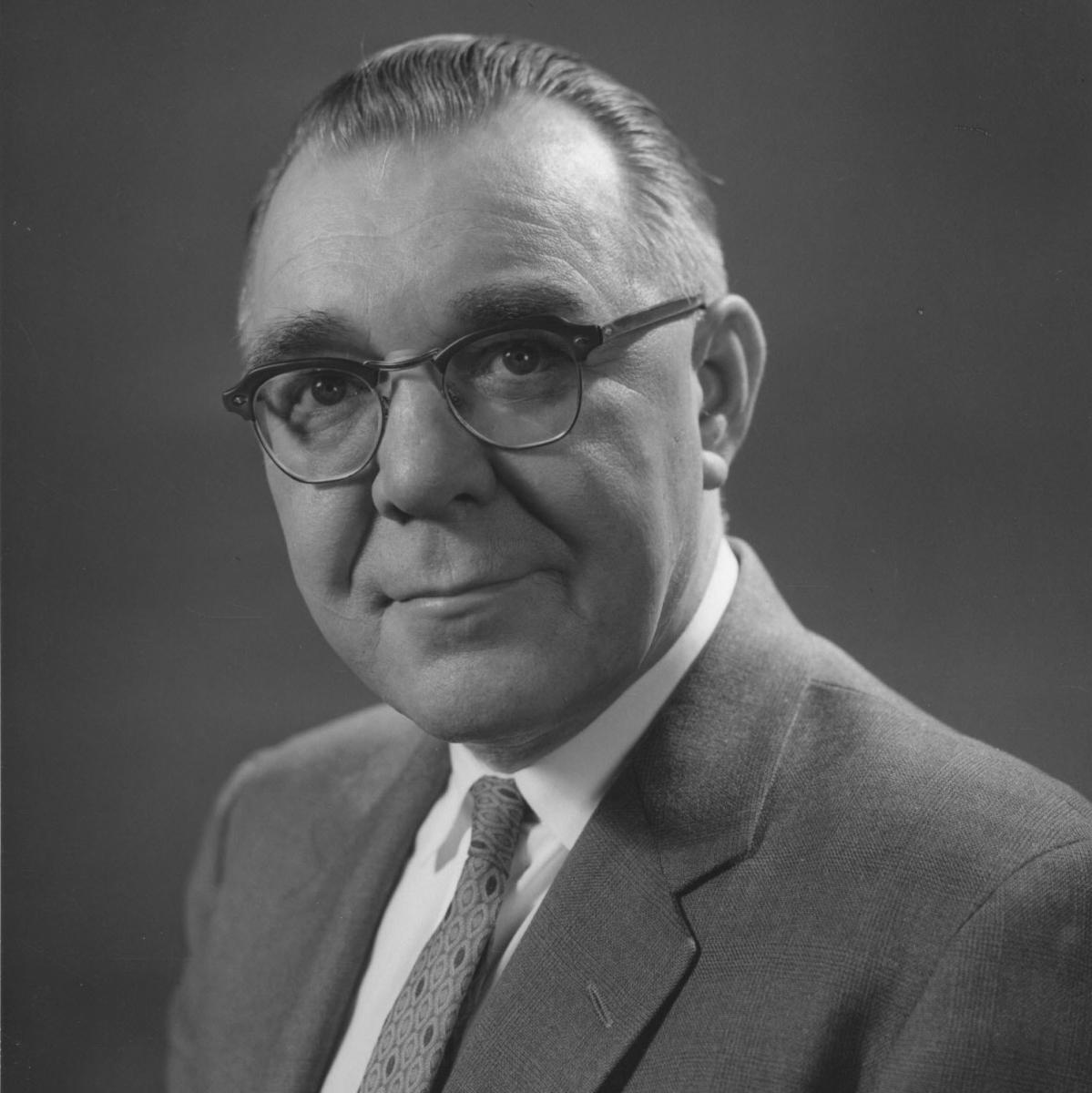 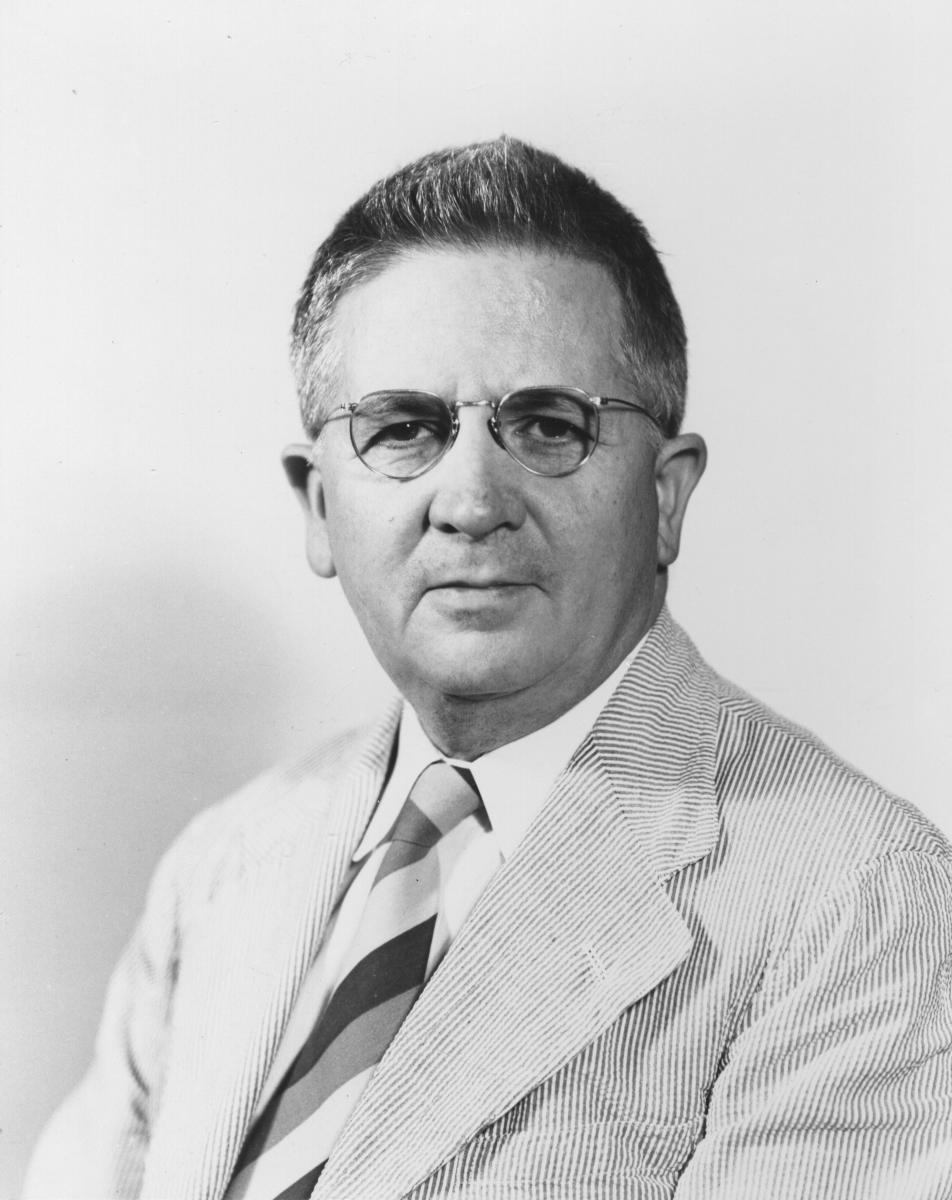 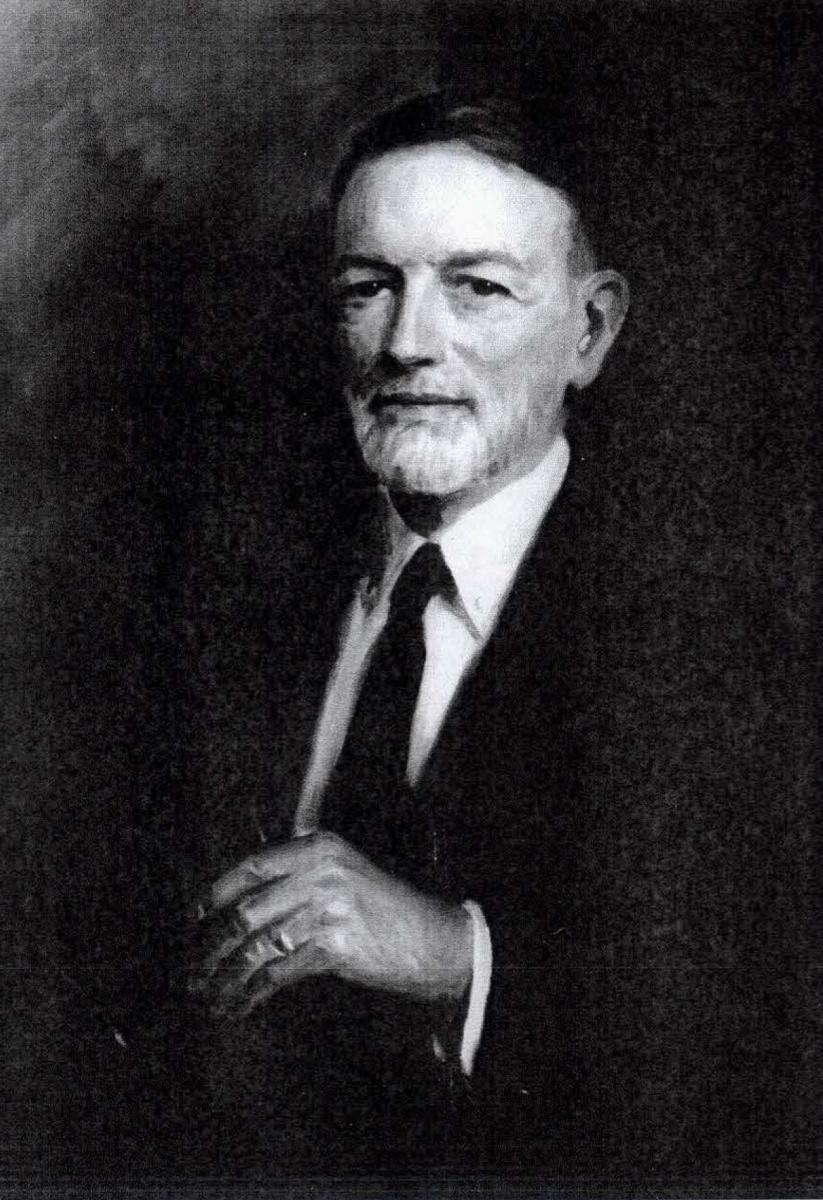 Lester Cappon was a historian, archivist, and documentary editor. He was Director of the Virginia Historical Records Survey from 1936 to 1937. While never employed by the National Archives, Cappon’s interview provides an outside perspective of the agency. For this interview, Cappon answered written questions Philip Brooks had sent him. 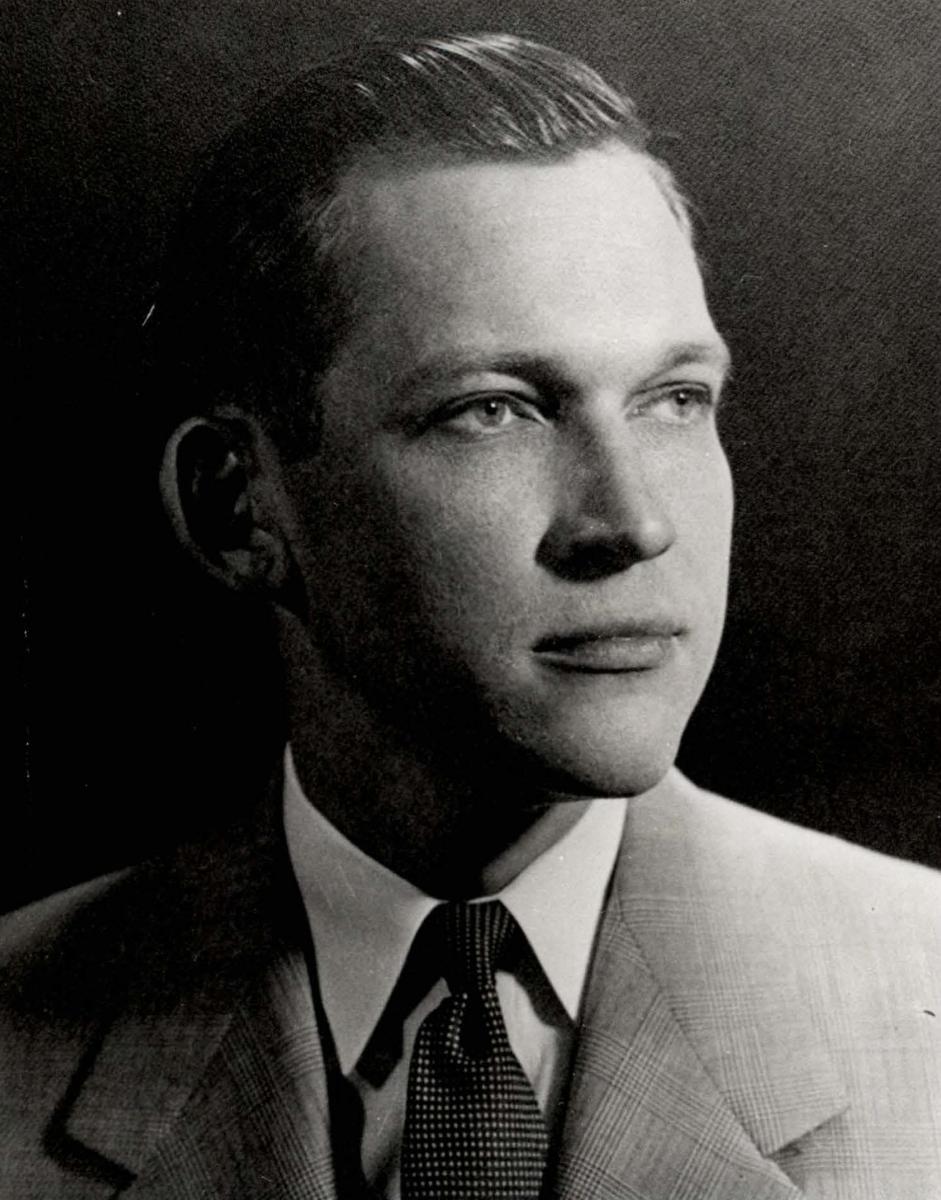 George Elsey served as adviser to Presidents Franklin D. Roosevelt and Harry S. Truman. He was also President of the American Red Cross. Elsey’s oral history is a supplement to interviews Jerry Hess conducted with Elsey for the Truman Library. 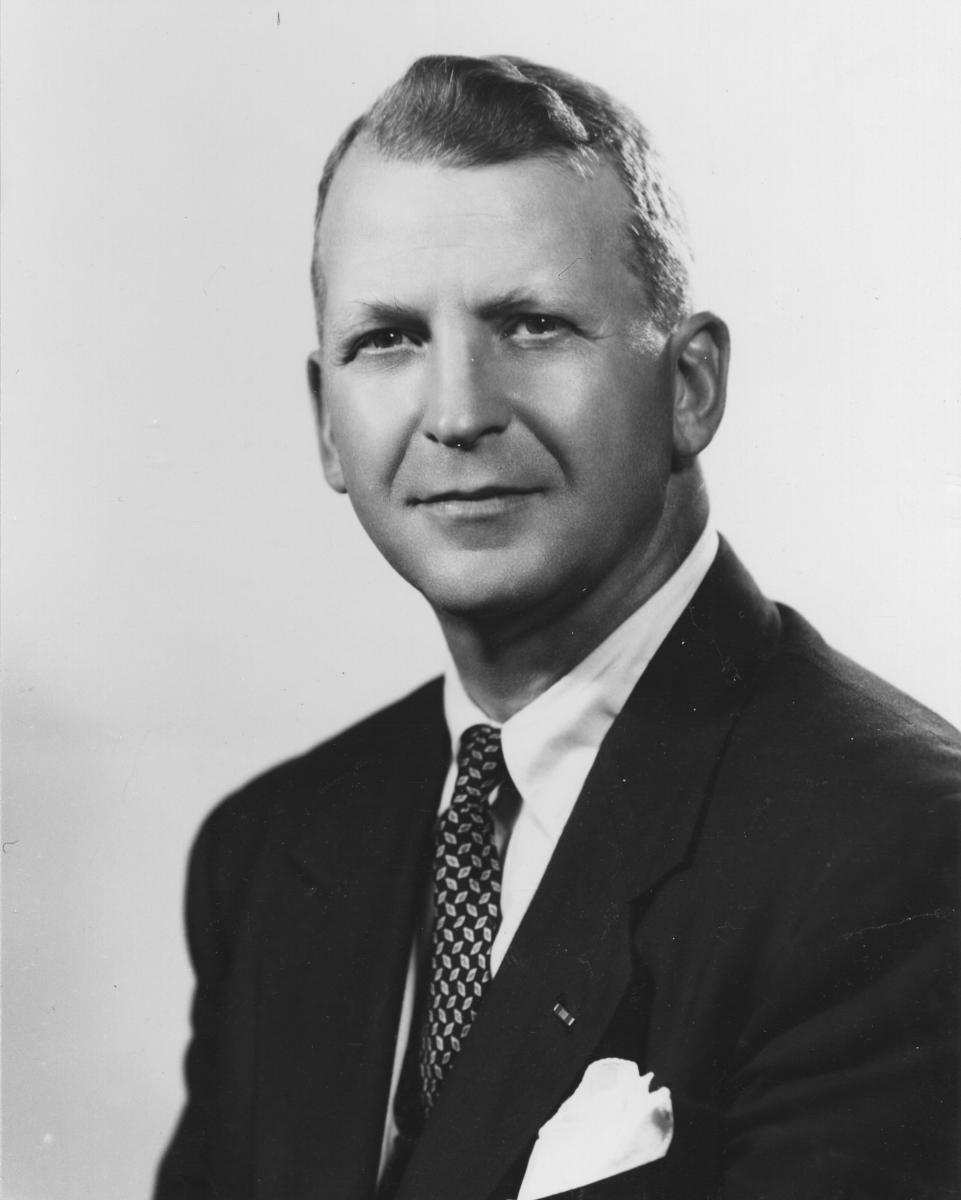 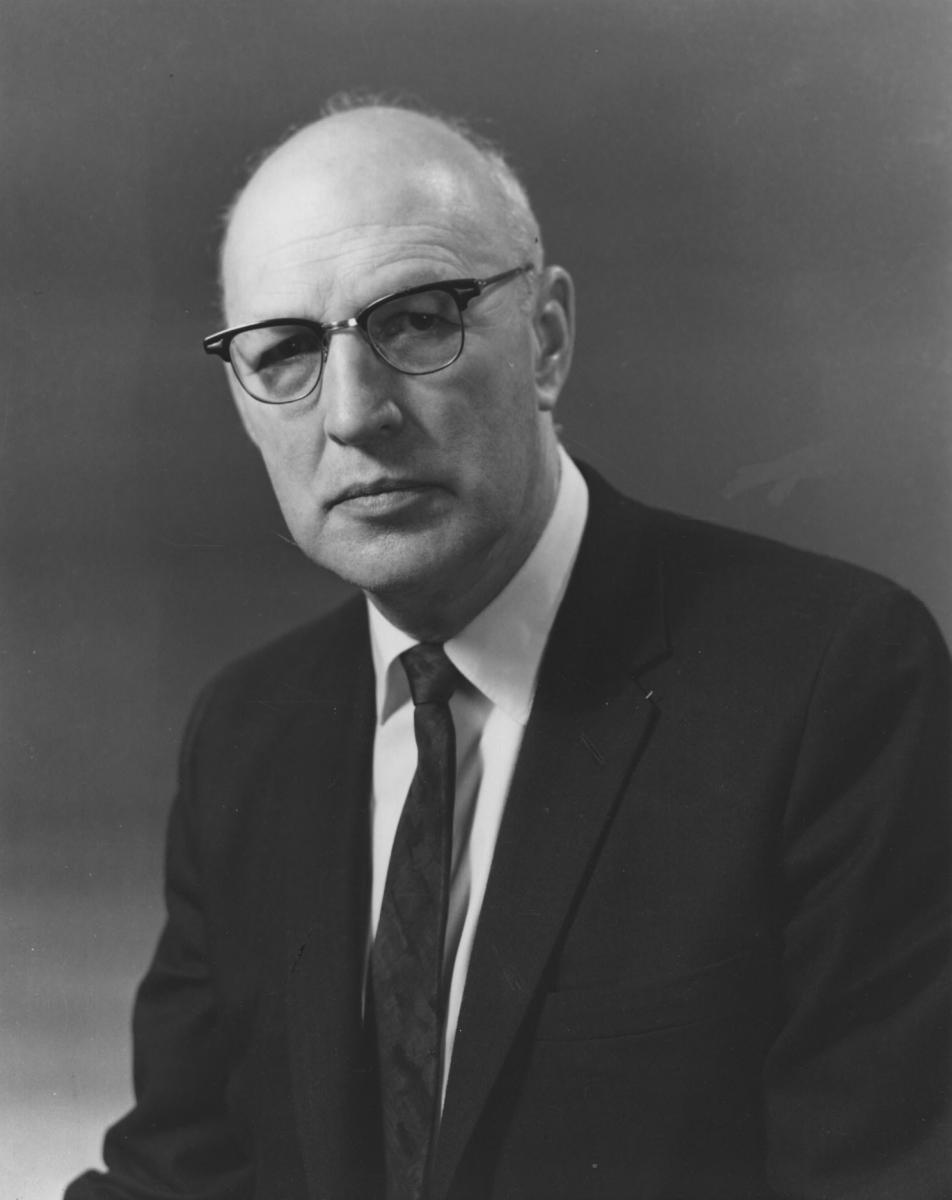 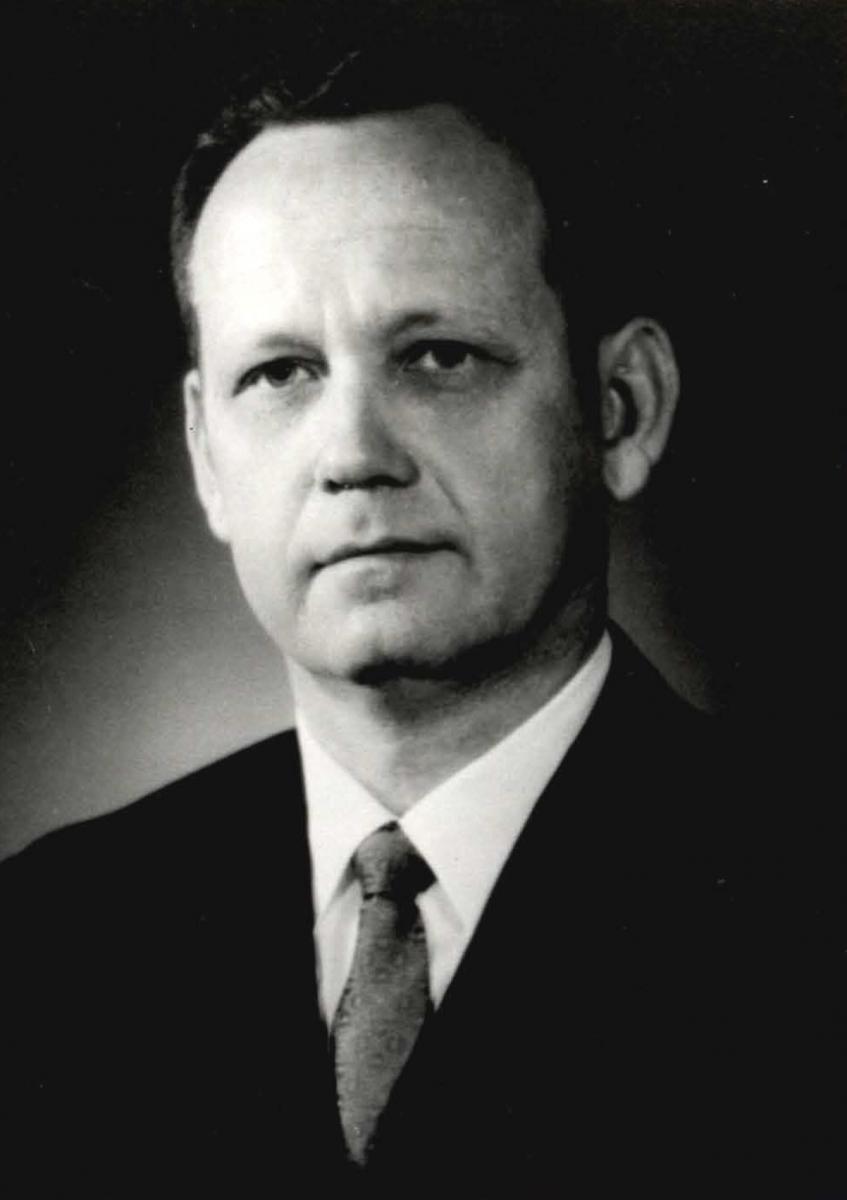 H. G. Jones was Director of the North Carolina State Department of Archives and History. He wrote the book Records of a Nation, which included a history of the National Archives. While most oral histories Brooks collected were with staff, Brooks included Jones to explore how the National Archives interacted with other professional organizations. 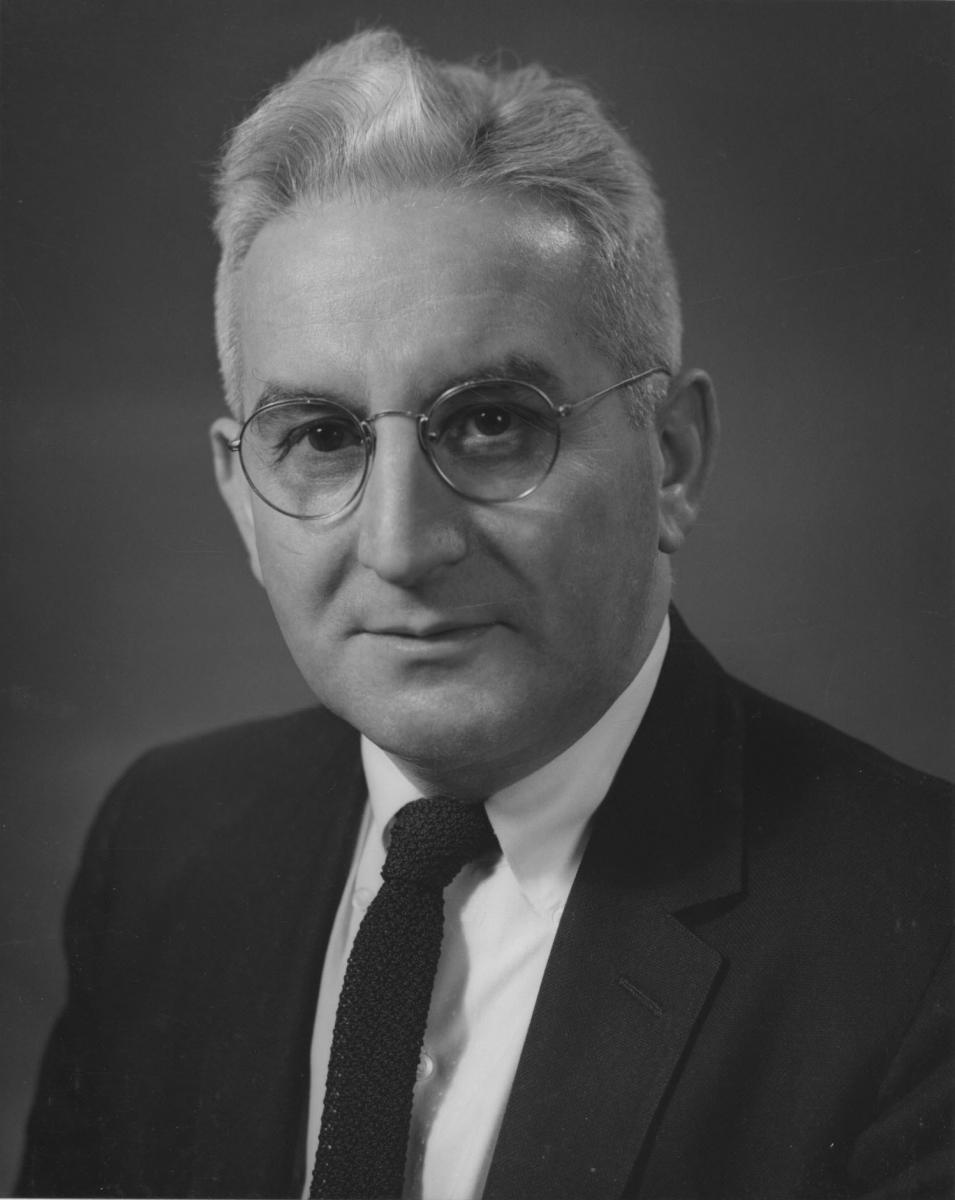 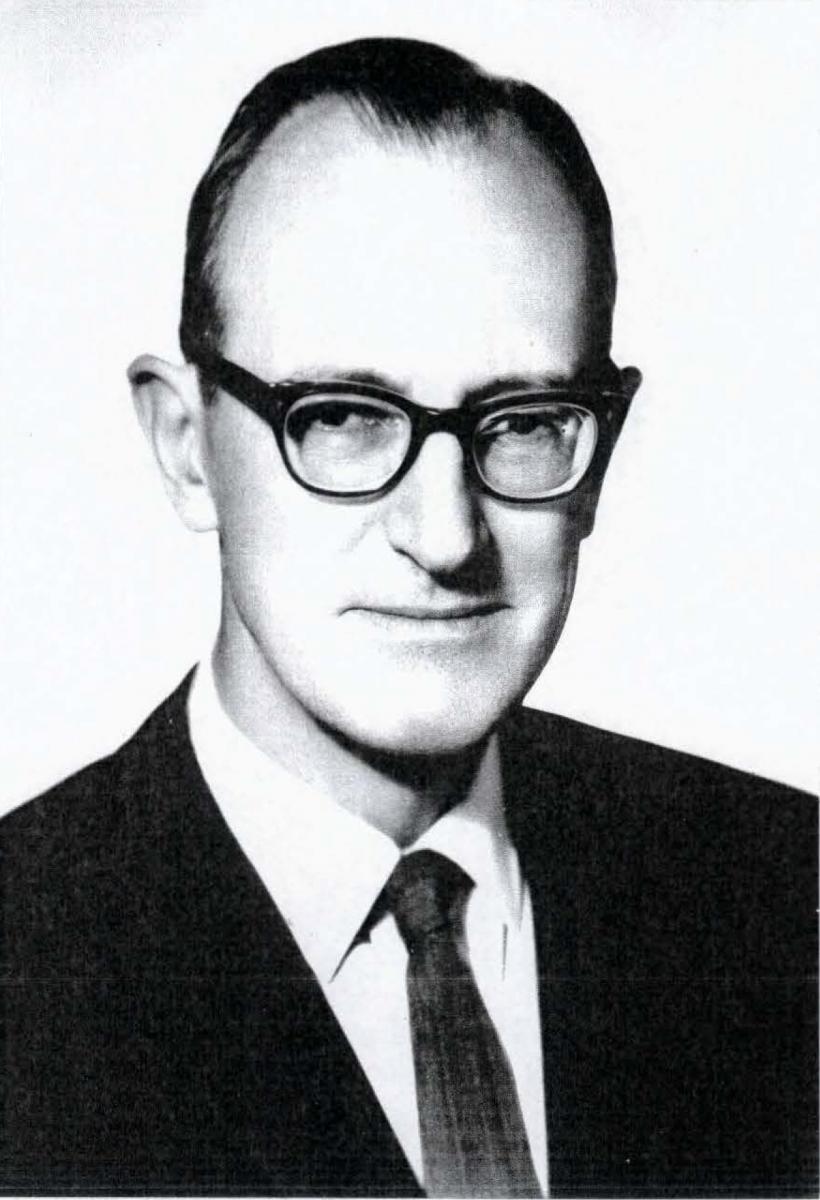 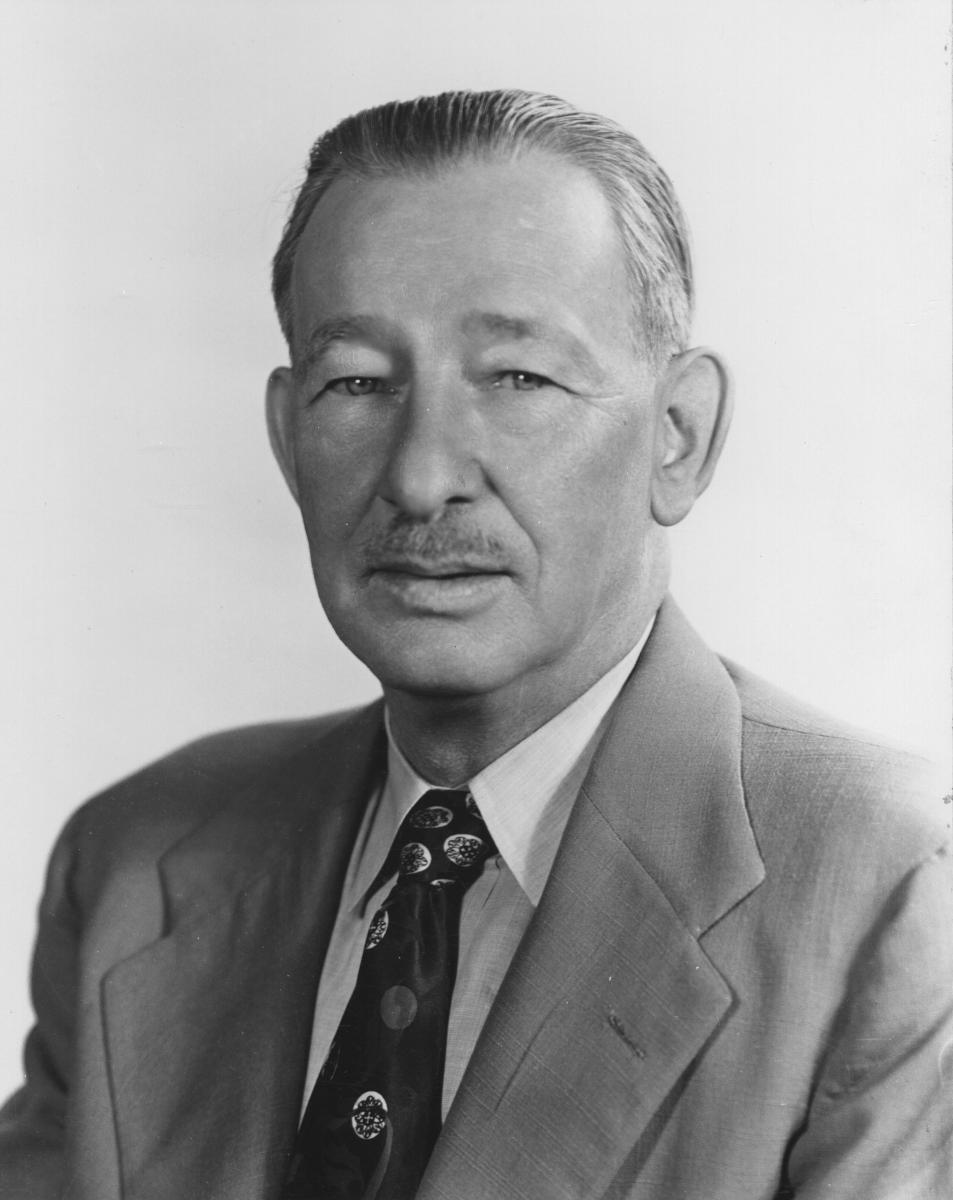 Thad Page was the first Administrative Secretary at the National Archives serving from 1935 to 1947. Page went on to become Chief of the Legislative Reference and Records Division. His oral history covers the tenures of Archivists R.D.W. Connor, Solon Buck, and Wayne Grover. Page retired from the National Archives in 1960. 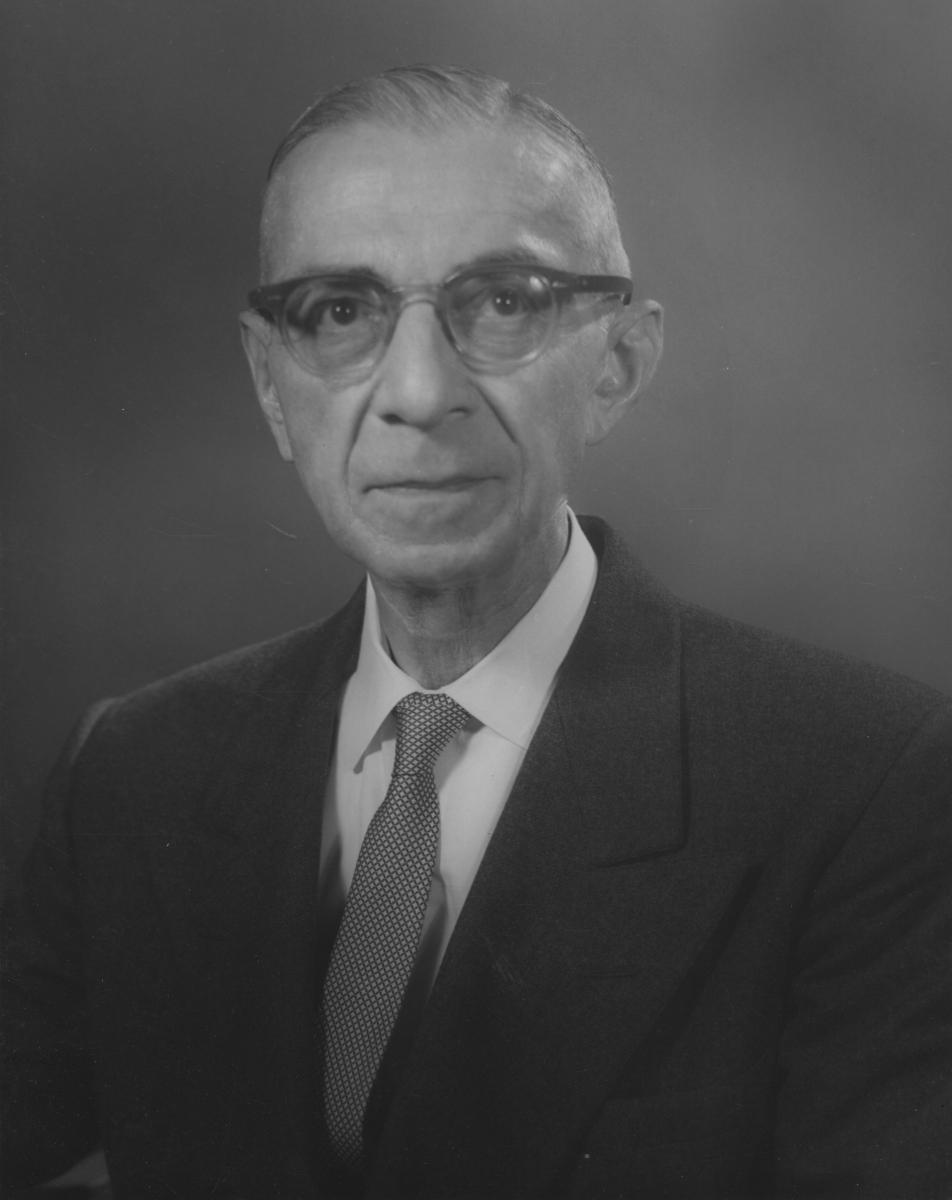 Ernst Posner was a German archivist of Jewish descent who fled to the United States during World War II. He secured a position teaching archival administration at American University, and was key in helping the National Archives safeguard its records when the United States entered the war. Posner’s interview consists of his written answers to a list of Brooks’s questions. 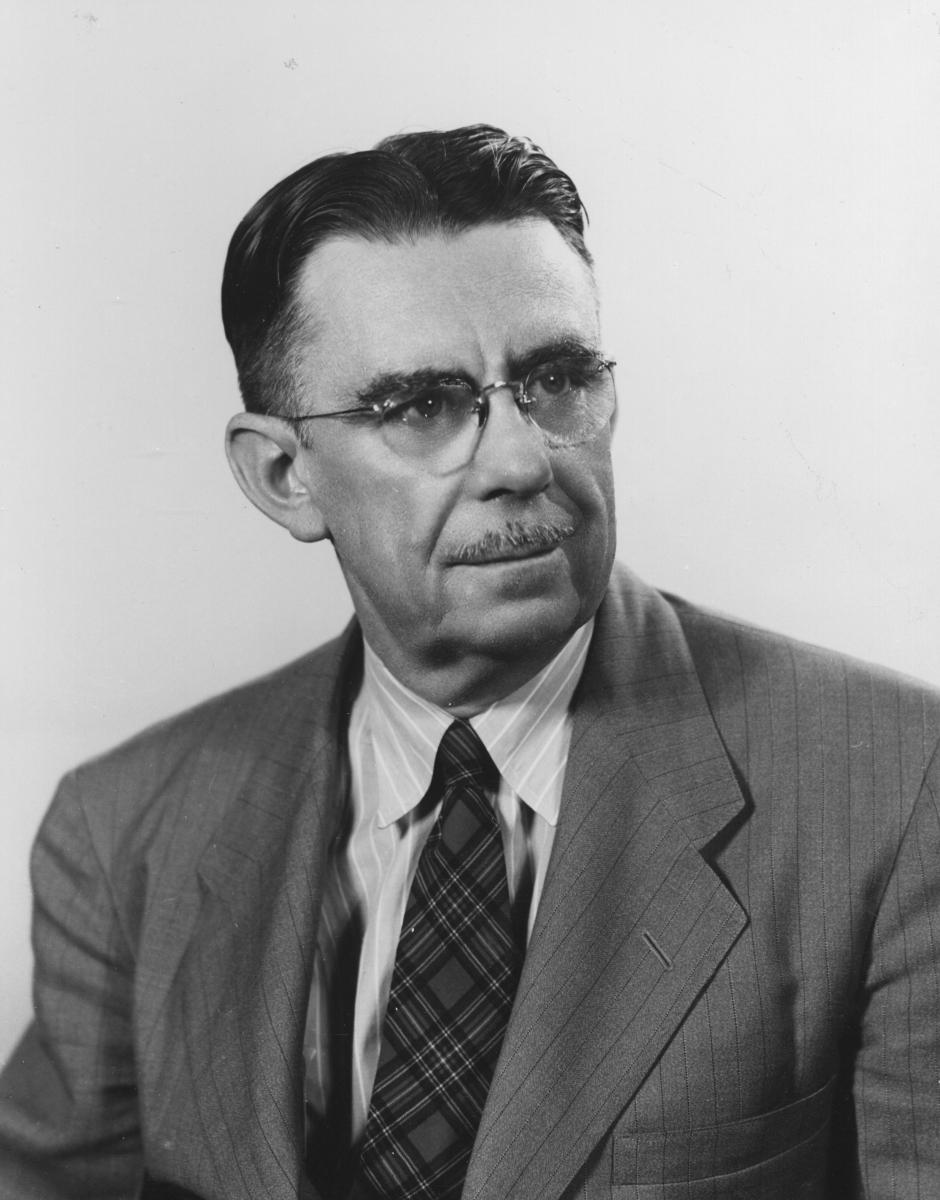 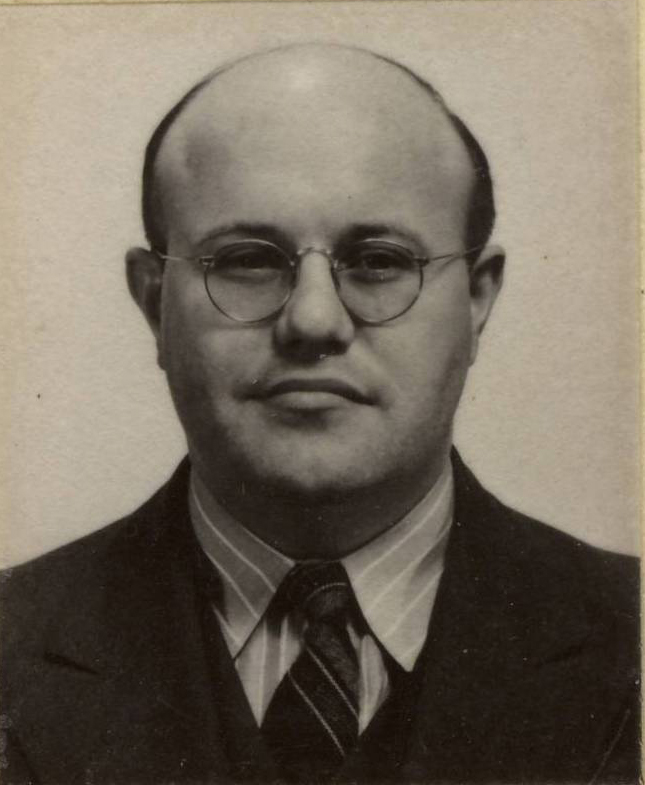 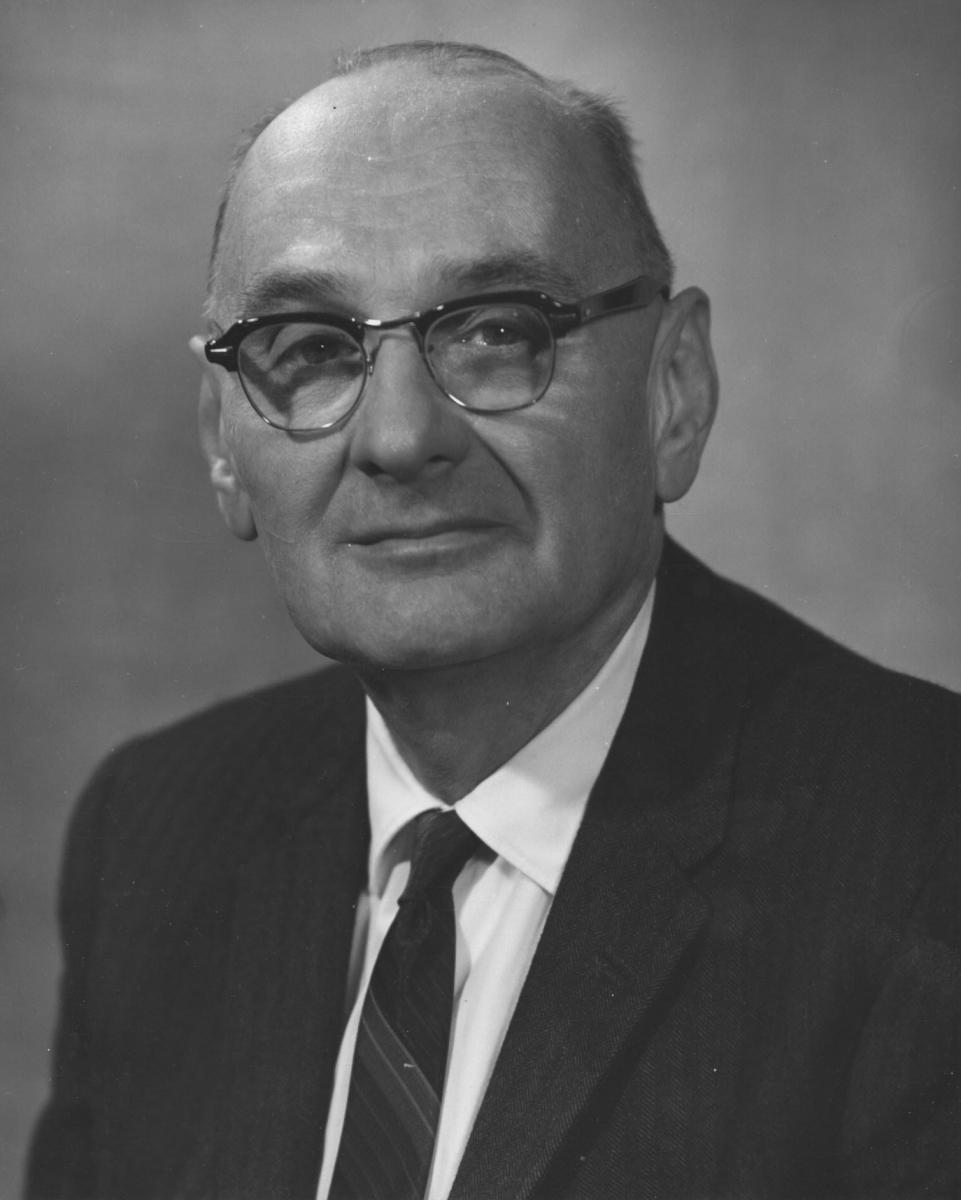 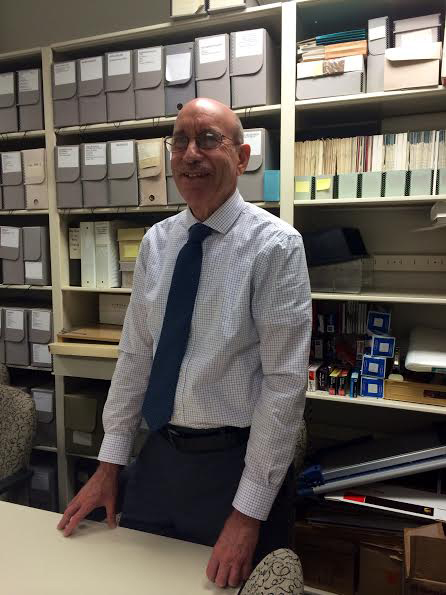 Ross completed 22 interviews with former National Archives and Records Service (NARS) employees as well as individuals outside the agency who had been instrumental in securing independence from GSA. In addition, Ross "grandmothered" into the collection a 1982 interview with longtime and beloved employee Sara Jackson.

Transcripts were not made for most of the interviews but instead we have summaries (with the exception of the James Rhoads interview which we have transcribed in its entirety). As we scan the summaries they will be available on this web page. The original audio recordings are in RG 64 (Records of the National Archives) with the Motion Picture, Sound, and Video unit.

Robert H. Bahmer was the fourth Archivist of the United States. Ross interviewed Bahmer on November 6, 1985, at the National Archives Building in Washington, DC.

Sara Jackson was a longtime National Archives employee who worked in various capacities including for the Military Archives Division and the National Historical Publications & Records Commission. Ross interviewed Jackson on July 5, 1982, at her home in Washington, DC.

James Berton "Bert" Rhoads was the fifth Archivist of the United States. Ross interviewed Rhoads on December 29, 1984, in Chicago at the Hyatt Regency in Illinois Center at the 99th annual meeting of the American Historical Association.

James “Jimmy” Dent Walker was a well-known genealogical consultant at the National Archives. He was particularly noted for his knowledge of military and pension records, and his ability to uncover sources important to African American genealogy. Ross interviewed Walker on March 27, 1985, at the DAR Building in Washington, DC.

Gordon Wheeler worked for the Legislative Affairs Office within the Office of Management and Budget (OMB). He provided perspective on the Archives independence from OMB and his experience working in OMB’s Legislative Reference Division.

Fynnette Eaton was the Change Management Officer for the Electronic Records Archives Program (ERA) at the National Archives. She was interviewed in 2008.

Meyer Fishbein worked at the National Archives for nearly 40 years, from 1940-1980 with a break when he served in World War II. Fishbein is most notable for recognizing the value of machine-readable records (now known as electronic records).

John Taylor was a long-time archivist who started his career at NARA in 1945 in the War Records Office becoming the de facto expert on World War II military intelligence records. He worked at NARA for 63 years until his death in 2008.

Richard Wood began working for the Washington National Records Center in Suitland, Maryland in 1977 for the General Archives Division. He focused on projects and records appraisal helping to establish and formalize accessioning procedures.

See our historic photos in the Online Catalog

Read our Pieces of History Blog