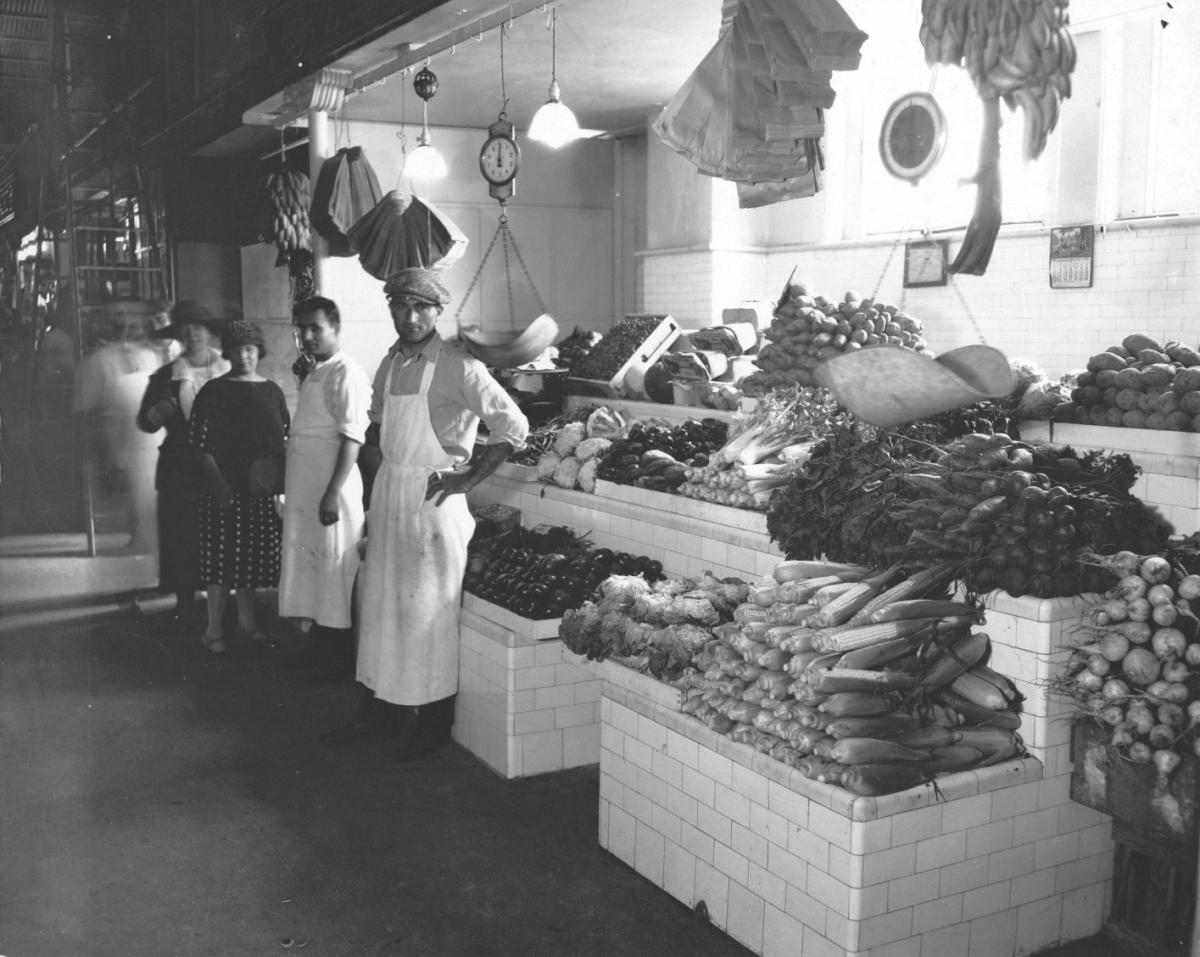 Located halfway between the White House and the United States Capitol, Center Market occupied valuable and symbolic space in the heart of Washington, DC. Center Market was well named; the market stood at the center of the physical city, but it also served as a social center. Individuals of different ages, classes, and races came together in the public marketplace. Throughout its history, Center Market was loud and lively. Center Market's vibrant and chaotic history can be recaptured through photographs, maps, and documents stored in the National Archives. 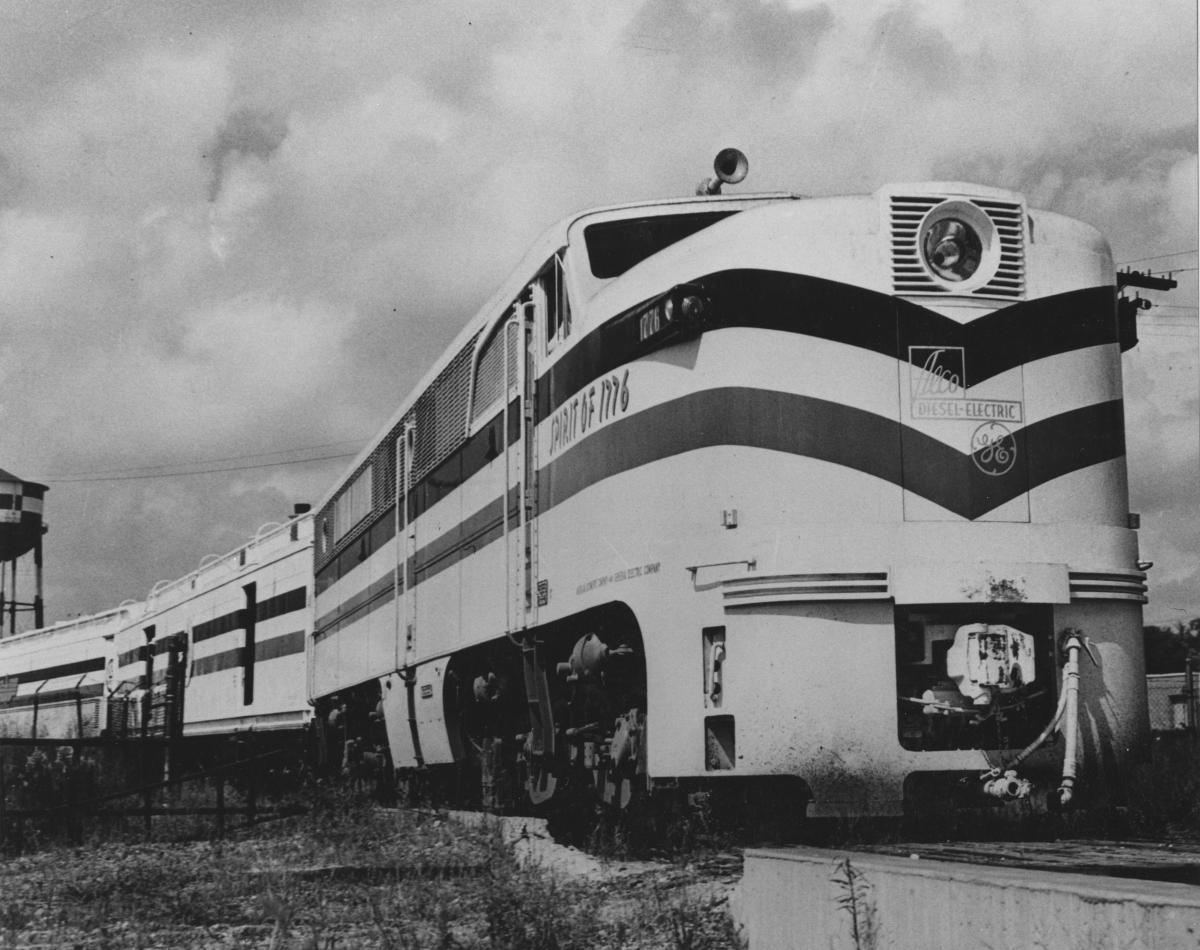 National Archives Building: A Temple to our History

The National Archives: A Pioneer in Microfilm 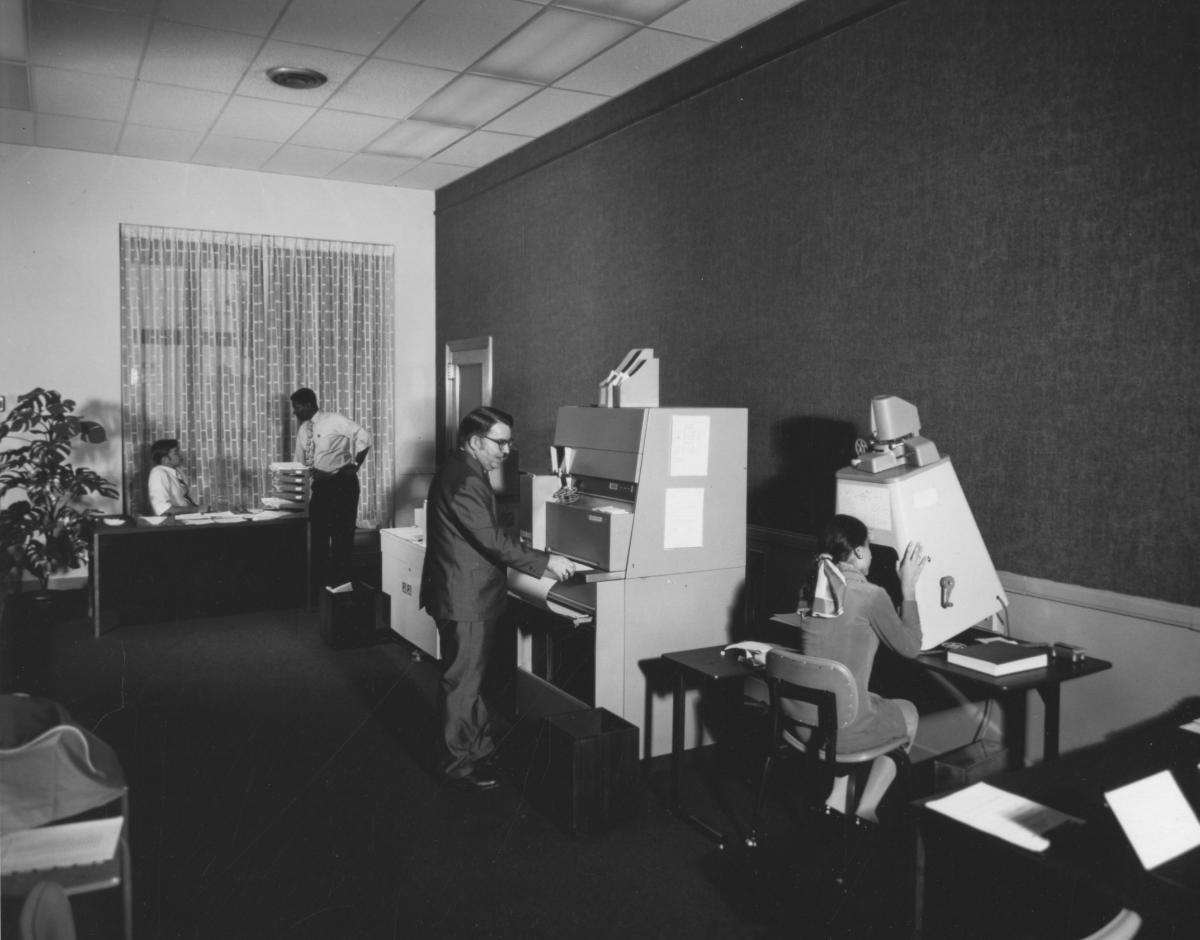 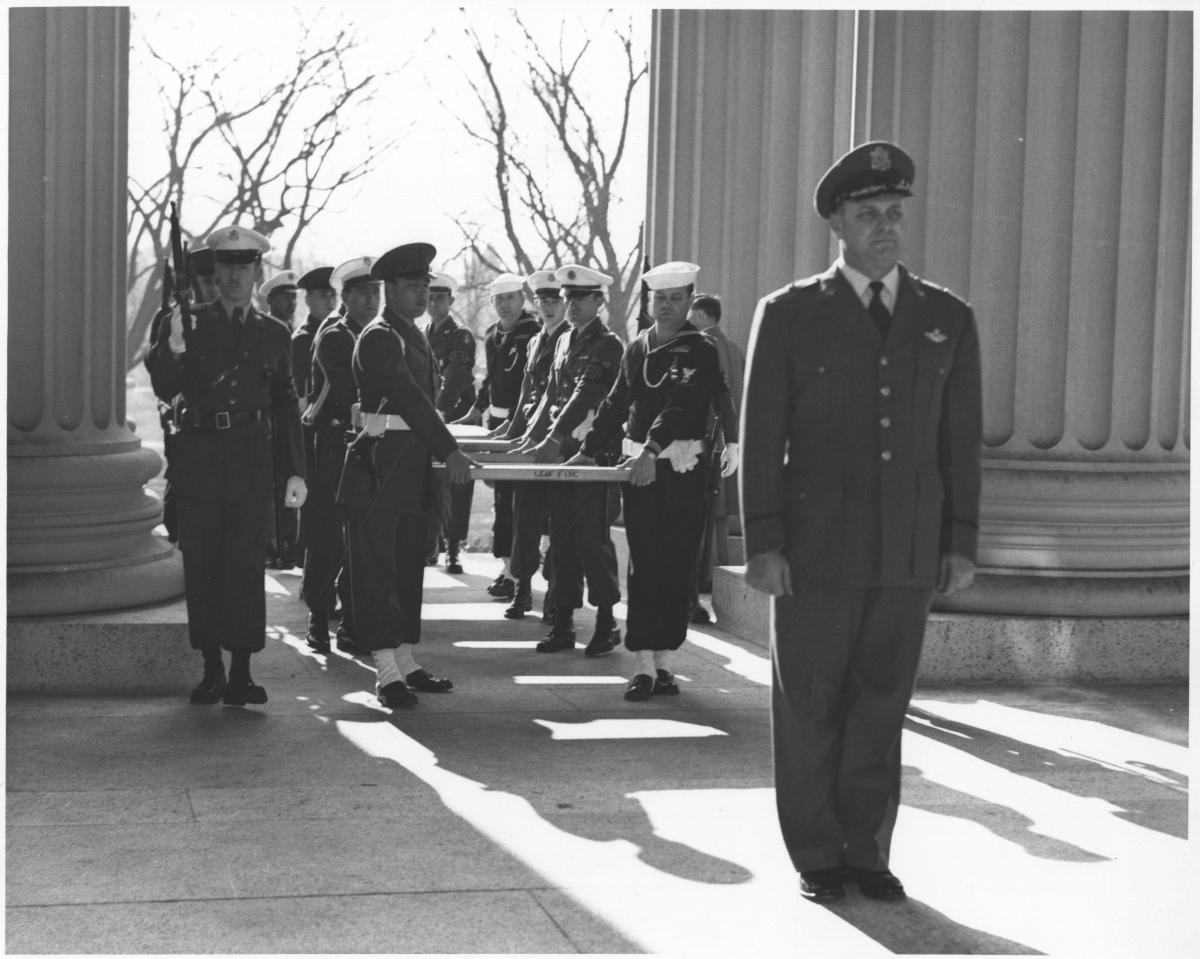 In 1952, the Declaration of Independence and the Constitution moved from the Library of Congress to the National Archives. This transfer was the culmination of decades of work and was celebrated with a parade and a speech by President Harry S. Truman. It reunited the Charters of Freedom and allowed the public view to all three documents at once. Today the documents are protected by special cases in the Rotunda for the Charters of Freedom, where they receive over a million visitors a year.

Leaving a Legacy: FDR and the Roots of the Presidential Library System 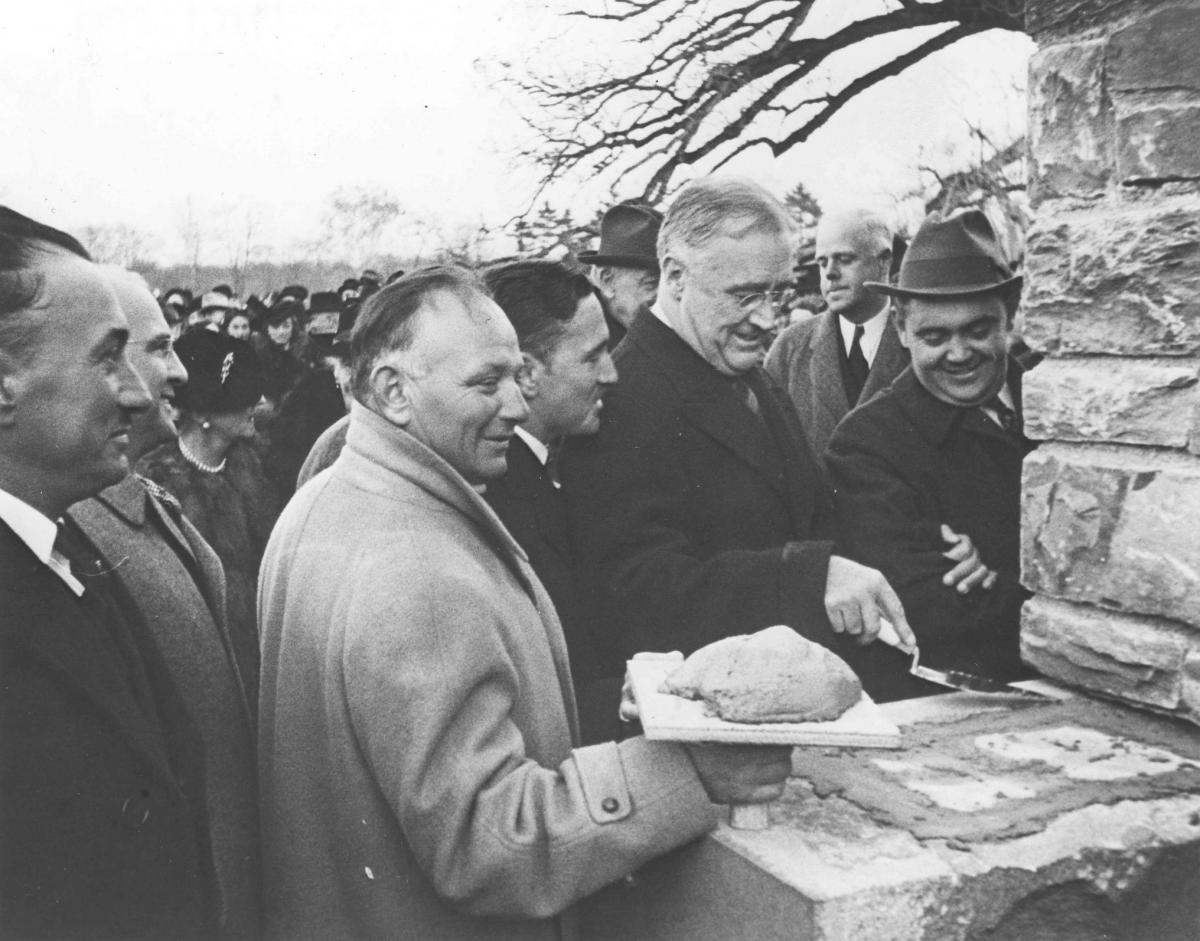 Inside the National Archives Building 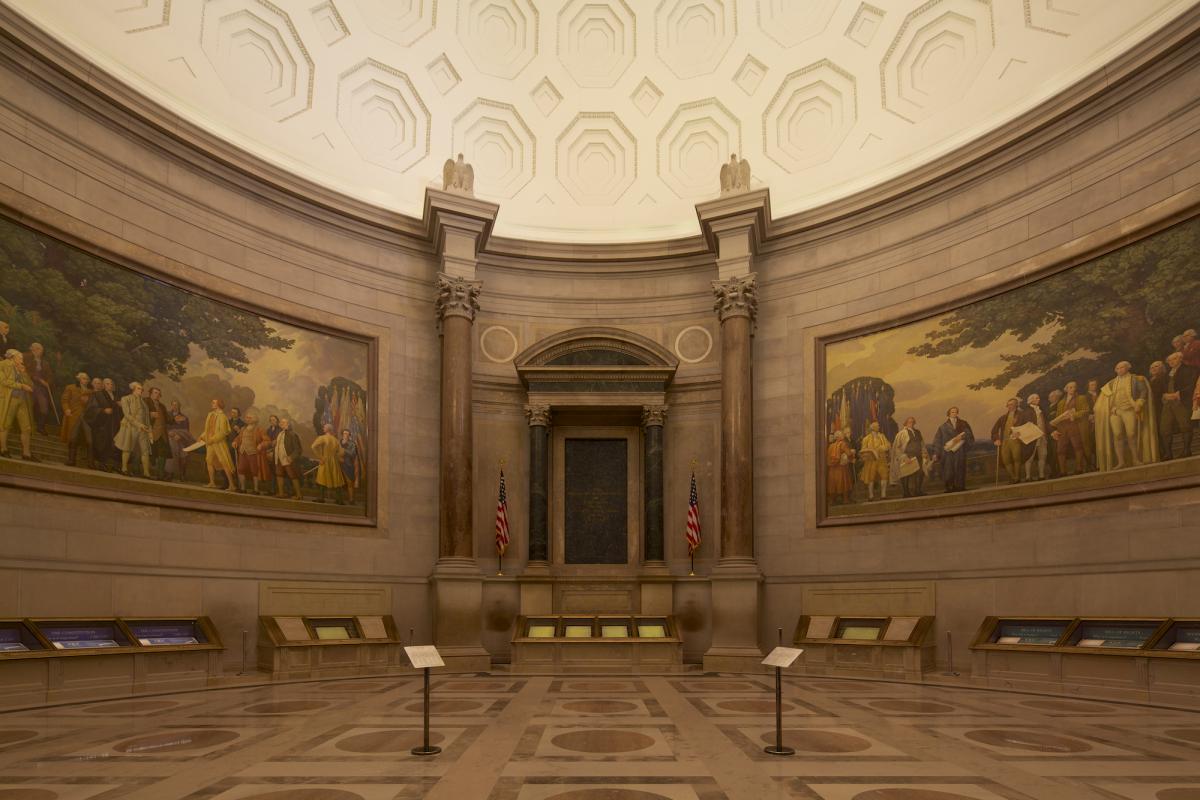 Although the larger-than-life statues, quotations, and reliefs on the Building’s exterior makes it clear Architect John Russell Pope designed the National Archives to represent history, knowledge, and freedom, subtle symbolism and purposeful design in the interior demonstrate the importance of the National Archives and its mission. This online exhibit brings visitors into the Rotunda and presents Pope’s symbolic design for the National Archives as a temple to American history.

Creating the Public Vaults of the National Archives 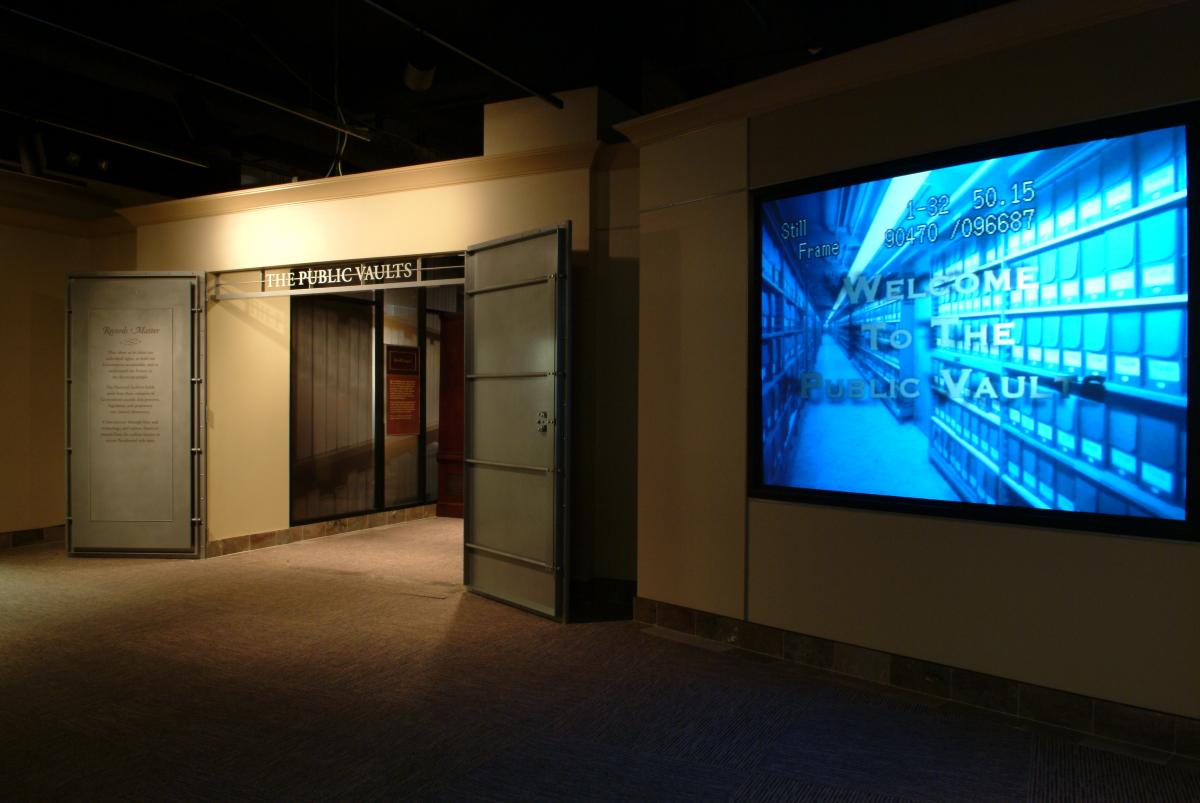 Beyond the Rotunda: Public Spaces in the National Archives Building

The "Old Navy" Prints and Watercolors 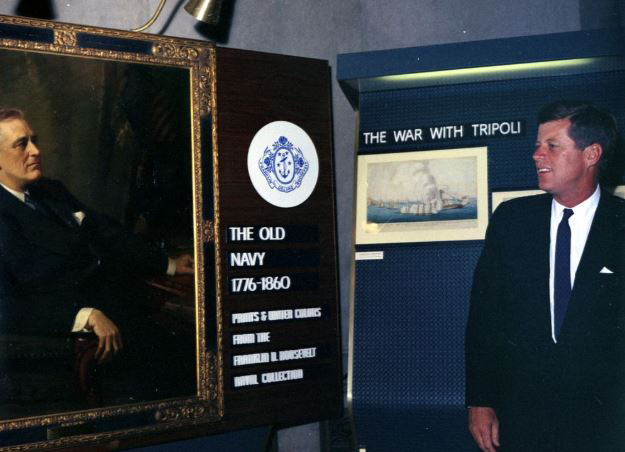 From the beginning of our nation, the Navy and its exploits were subjects of artistic depiction. This exhibit of Navy prints and watercolors is an adaption of a 1962 National Archives exhibit that encompassed the interests of two 20th-century Presidents, Franklin D. Roosevelt and John F. Kennedy.

The History of our Neighborhood 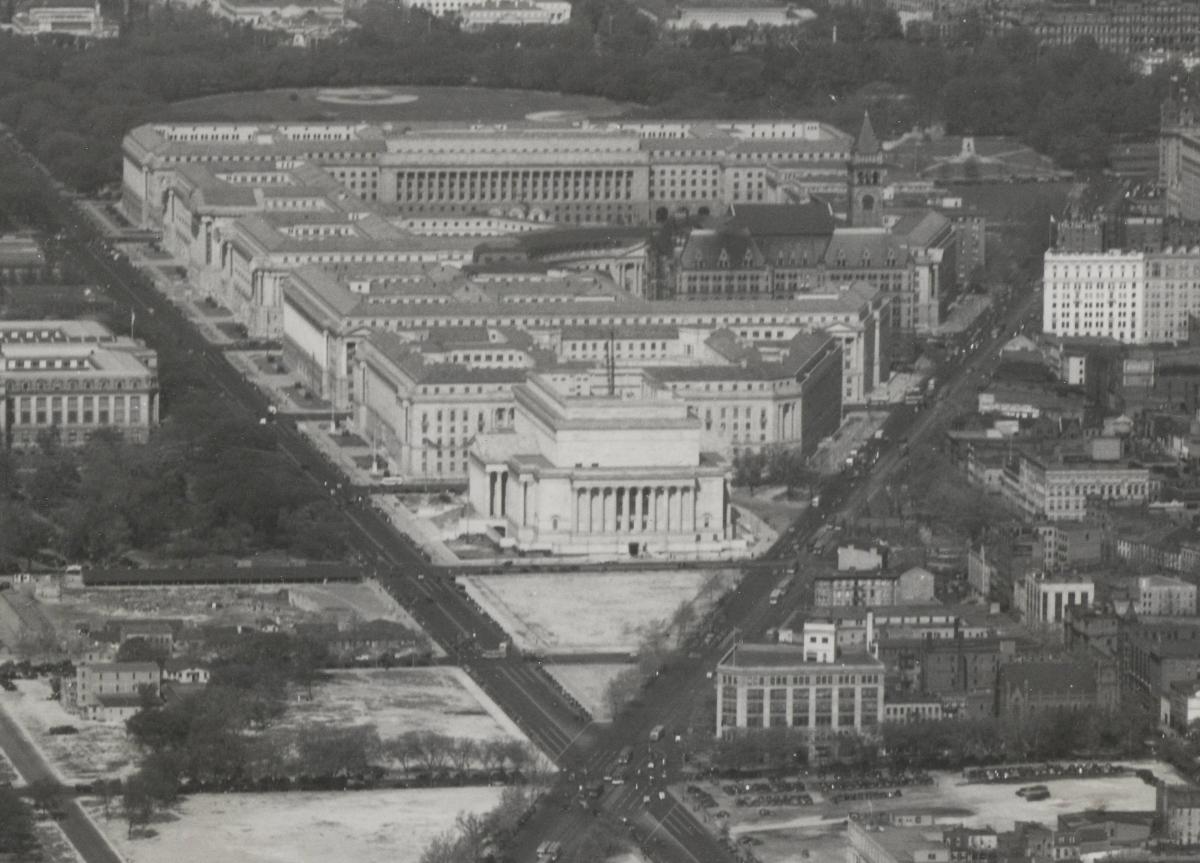 The National Archives Building in Washington, DC, sits halfway between the Capitol and the White House on Pennsylvania Avenue, but the building wasn’t always there. In fact, the Archives is but one thread of the colorful tapestry of this neighborhood’s history. This exhibit explores four centuries of our neighborhood’s rich history beginning in the early 1600s, when the Anacostans first established the Nacotchtank village in what is now the District of Columbia up to today.