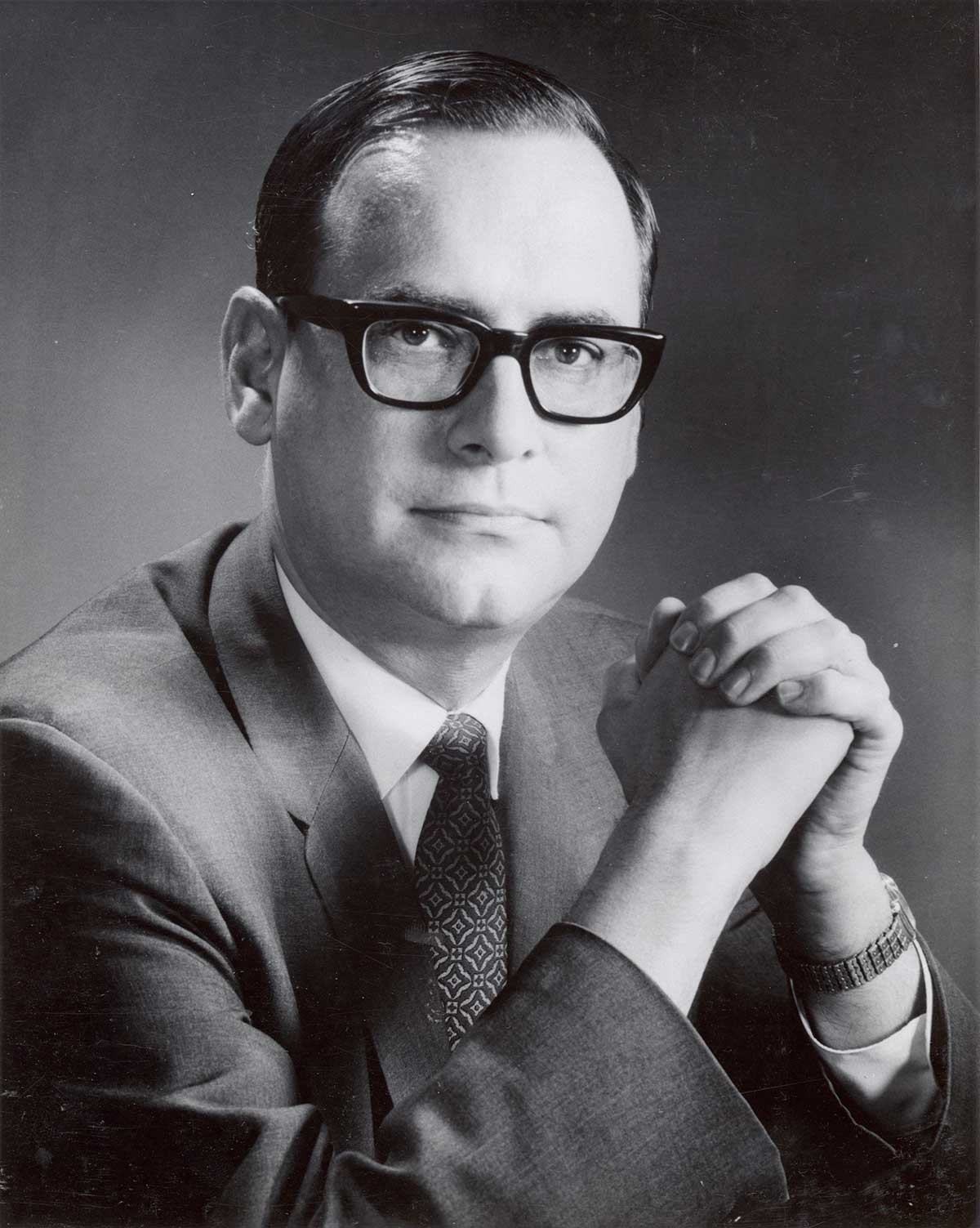 James Berton "Bert" Rhoads (September 17, 1928 – April 7, 2015) was the fifth Archivist of the United States. He was born on September 17, 1928, in Sioux City, IA. Rhoads received his B.A. and M.A. from the University of California at Berkeley and earned his Ph.D. from American University in Washington, DC.

Rhoads joined the National Archives in 1952 and held a number of positions before he was eventually promoted to Deputy Archivist in 1966. Rhoads first served as Acting Archivist from March 10, 1968, until the General Services Administrator appointed him to be the fifth Archivist of the United States on May 2, 1968. Under Rhoads, Prologue—the National Archives quarterly publication—and the regional archives system began. It was also during Rhoads’s tenure when American interest in genealogical records saw a massive increase, thus attracting a large influx of family history researchers to the National Archives for the first time. After leaving the National Archives in 1979, Rhoads taught at Western Washington University in Bellingham, WA, before retiring.

Read more about Rhoads in the blog posts: