The History of the National Archives at College Park

The National Archives at College Park is a 1.8-million-square-foot facility located just outside of Washington, DC, in College Park, MD. Opened in 1994 near the campus of the University of Maryland, the building serves as additional space for the preservation of historically significant documents and artifacts of the United States. The College Park location, informally known as Archives II, offers the opportunity to continue housing federal records in the Washington Metro area. Born out of a longstanding need for more archival space, the building is intended to last for generations.

The Need for Space

Congress created the National Archives in 1934 after construction of the monumental Archives building on Pennsylvania Avenue was well under way. The problem with designing and constructing a building without staff input became immediately apparent once employees began to occupy the building. The National Archives simply needed more space for records. Newly appointed Archivist of the United States R.D.W. Connor pushed to have plans for an inner courtyard altered and filled with stacks,  doubling the space for records storage from 374,000 cubic feet to 757,000 cubic feet.

But by 1950, even this expanded space proved too small to house the vast array of records held by the National Archives. By then Congress had renamed the agency the National Archives and Records Service (NARS), placed it under the jurisdiction of the General Services Administration, and given the Archives more responsibility over current records based on a regional system.

Shortly thereafter, NARS began a pilot Federal Records Center (FRC) project. The original objective of FRCs was to provide a central depository to economically and efficiently store, maintain, and service inactive Federal records. The first such location opened in 1950 in Brooklyn, NY, because the New York metropolitan area produced more Federal records than any other location outside of the nation’s capital. A year later, three more Federal Records Centers opened in Chicago, San Francisco, and Washington, DC. By January of 1966, the National Archives had consolidated a large portion of their federal records holdings into 14 regional FRCs, totaling 9 million cubic feet.

By the late 1960s, the National Archives Building had reached its storage capacity. To mitigate space issues, the National Archives established regional archives branches its nationwide network of Federal Records Centers. The new regional archives accessioned records from Federal agencies in their region and made those records available to the public.

Beginning in 1970, the National Archives began pursuing a permanent solution to its records storage issues. At the top of the list of potential remedies was building a facility right across the street on Pennsylvania Avenue. In coordination with the Pennsylvania Avenue Development Corporation (PADC), a federal group formed to preserve the history and usability of the Pennsylvania Avenue corridor, the Archives planned to build a combination residential complex and archival storage facility on the block between Seventh and Ninth Streets, NW.

The board of the PADC included the executives of each of the agencies affected by the plan (for the National Archives, this was the Administrator of the GSA). Although the PADC created a preliminary plan in 1974, it failed to receive the approving vote of GSA Administrator Rowland G. Freeman III in 1979. Subsequently, the area was redesigned, and in 1985 construction began on its current occupant, the United States Navy Memorial.

The same year that the PADC plan failed, a group of historians both in and outside of the National Archives, including future Archivist Robert M. Warner, formed the ad hoc Emergency Committee to Preserve the National Archives in response to perceived mismanagement of the National Archives by the GSA. Their mission: to ensure that the GSA would not respond to a need for more storage space by scattering Federal records across the country to regional archival sites. Empowered by public support, the National Archives pushed for a second metropolitan DC location. Although the Archives renewed its effort to secure a tract of land for a central site in 1983, plots of sufficient size were no longer available in downtown Washington. Accordingly, the National Archives began to look to suburban sites to meet its records storage needs.

The National Archives hired a consulting firm to assess potential sites for a second archives. As the search progressed, two locations came into focus. One of these was already familiar to the National Archives: the site of the Washington Federal Records Center in Suitland, MD. The other, however, was new and included a bold opportunity for academic cooperation. It called for a new development on the campus of the University of Maryland in College Park. Just 10 miles from the National Archives Building in Washington, DC, this spot would ensure that the nation’s highly valued documents, artifacts, photographs, and moving pictures would remain in relatively close proximity for easy access.

The proposal to build at College Park was a significant undertaking and required many pieces to fall into place. The first was National Archives independence, which took effect on April 1, 1985. Under the GSA, the National Archives was subject to the policies and preferences of the GSA Administrator when it came to building projects. When Congress created an independent National Archives and Records Administration, the Archives assumed ownership of its storage facilities planning.

With the power to build firmly in its grasp, the National Archives began to lay the legislative groundwork for a second location. Among the project's greatest advocates were the elected representatives of College Park, Maryland. In particular, U.S. Representative Steny Hoyer of Maryland’s then-Fifth Congressional District, both Maryland U.S. Senators Barbara Mikulski and Paul Sarbanes, and Governor William Donald Schaefer were invaluable congressional lobbyists on behalf of the National Archives. Due in part to their tireless efforts, on September 22, 1988, Congress passed legislation that appropriated funds for a new Archives building.

The building’s financing plan included a $250-million congressional appropriation. In addition, the National Archives received what amounted to a federal loan, payable over 30 years to the U.S. Treasury.

With the approval of the project, the National Archives sought out contracts from architecture firms around the world to design the new building. In September 1988 the Archives awarded a contract to Hellmuth, Obata and Kassabaum (HOK) to design the project, with interior subcontracting to Ellerbe Becket. By January 1989 the group had put together a comprehensive plan for the project. Included in their considerations were a host of former archives employees, professional historians, and archivists both in the United States and abroad.

Groundbreaking took place on October 17, 1989. One of the goals for the project was to minimize the building’s intrusion on the natural wooded landscape within the 33-acre plot. As such, the final plan called for a building that was no more than six stories tall, rather than the 10 stories proposed in previous projects. Along the same vein, the part of the parking structure was constructed partially underground, so as to minimize the obstruction of the skyline.

Construction on the project proceeded on schedule and under budget. Throughout construction, the project managers, as well as then-Archivist Don Wilson, gave tours to government officials, historians, archivists, and residents of College Park.

One of the traditions commonly celebrated in any major building project is the “topping-out” ceremony, when the building’s tallest point is installed. For Archives II, this ceremony took place on November 19, 1992. To commemorate the occasion, members of the construction team signed a ceremonial panel of concrete and then hoisted it to the top of the structure. In addition, the Archives planted a sapling on a landing near the highest point, to symbolize the enduring future of the building.

By July 1993, the building was “substantially complete,” meaning that its new tenants would be ready to move in on time and without issue. Throughout the summer and fall of 1993, project staff continued to move in furniture, install and test phone lines, and prepare storage shelves to receive documents. Their work ensured that the first Archives II staffers could begin occupying the building in October.

Dedication and Opening to the Public

At the dedication, Peterson emphasized the trailblazing nature of the state-of-the-art facility in the field of archival preservation. Furthermore, she noted that its opening was "an opportunity to rededicate ourselves to our mission of preserving the nation's documentary heritage for current and future generations." As the largest archival building in the world in terms of space at the time of completion, the College Park location was set up to fulfill this goal.

Thanks to an innovative, high-density mobile shelving system, the shelves at Archives II have space for approximately 2 million square feet of storage capacity. Laid end-to-end, the shelves would stretch 520 miles from the National Archives Building in Washington, DC, to the Gerald R. Ford Library in Ann Arbor, MI.

In addition to records storage and office space for more than 600 employees, Archives II also features over 100,000 feet of laboratory space for preservation, an auditorium with 334 seats, a child care center for employees, a full-service cafeteria, and a multipurpose event space.

As the National Archives at College Park continues into its third decade of existence, the facility accommodates more than 22,000 annual research requests from nearly 48,000 visitors. By continually improving upon its own capacities and anticipating future needs, the National Archives at College Park will continue to serve the American people as an essential repository for their history. 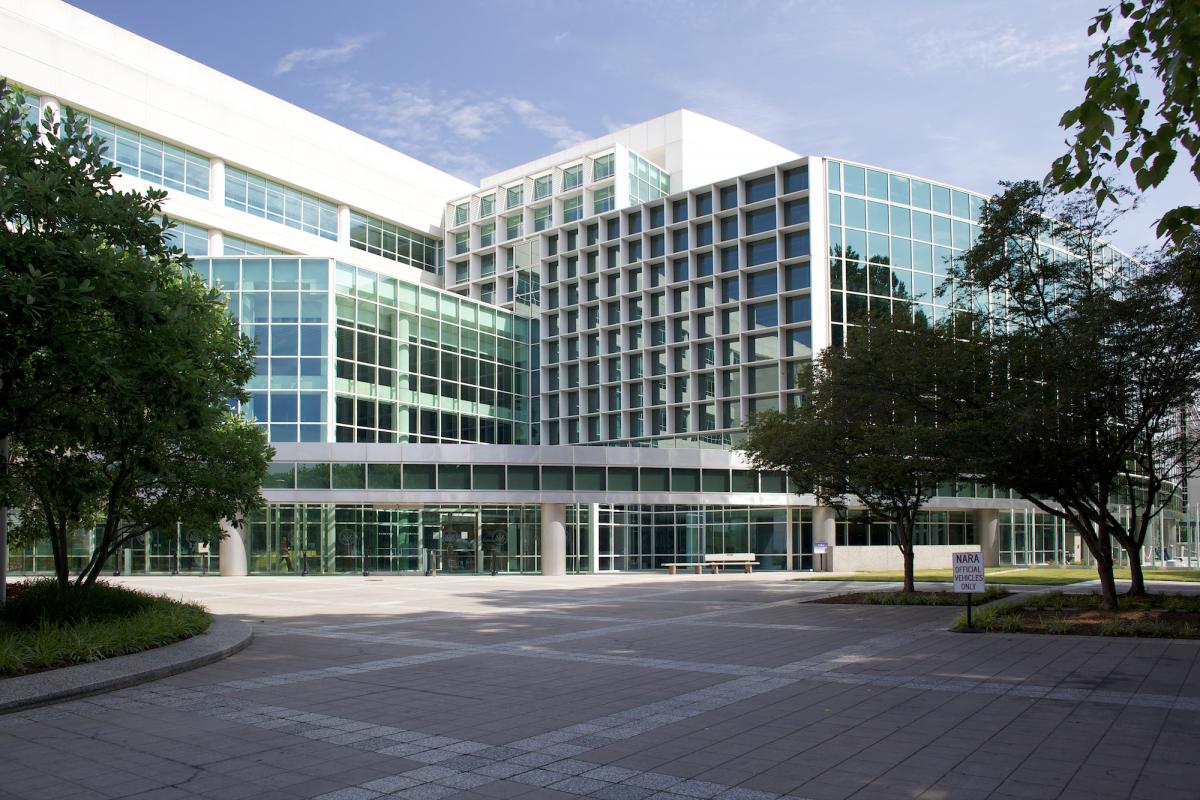 The National Archives at College Park. (Photo by Jeff Reed) 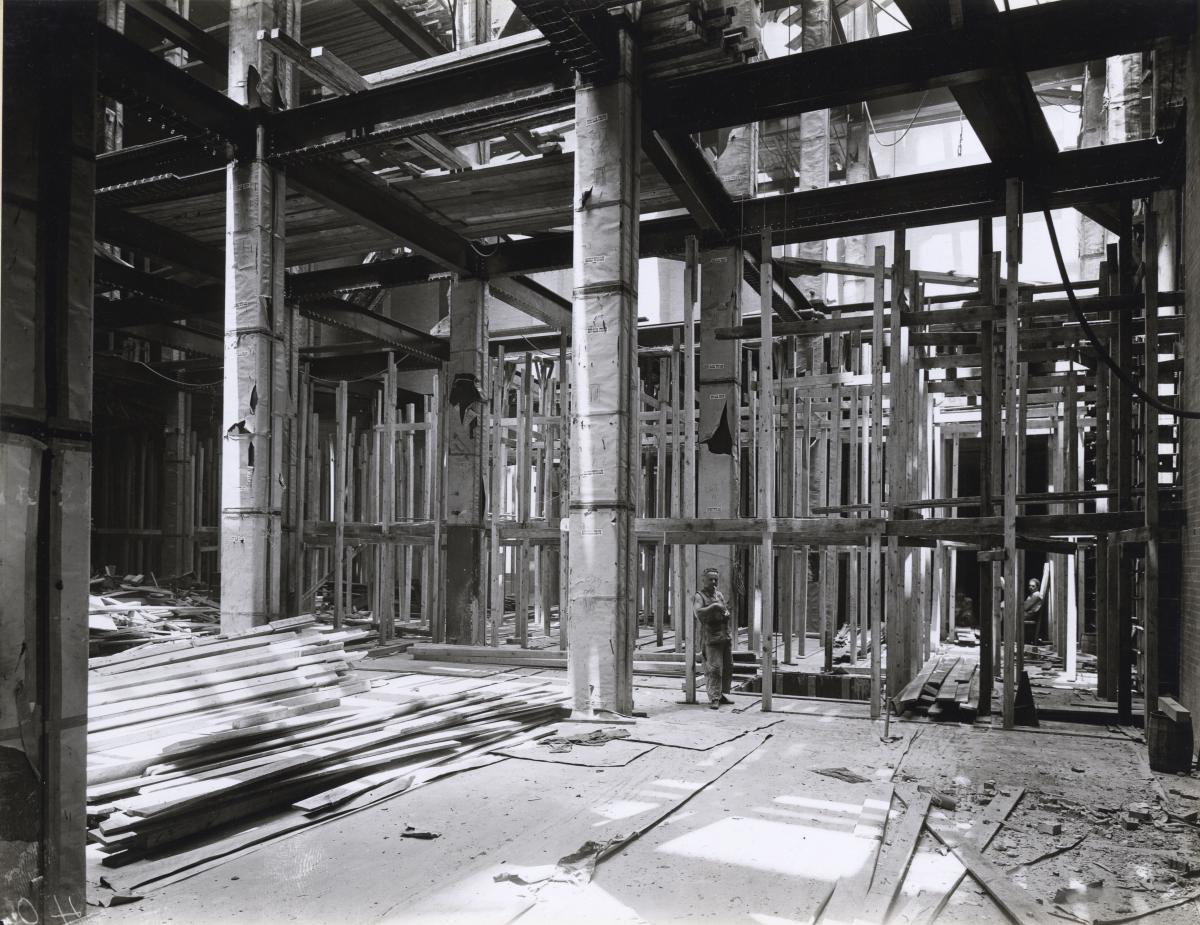 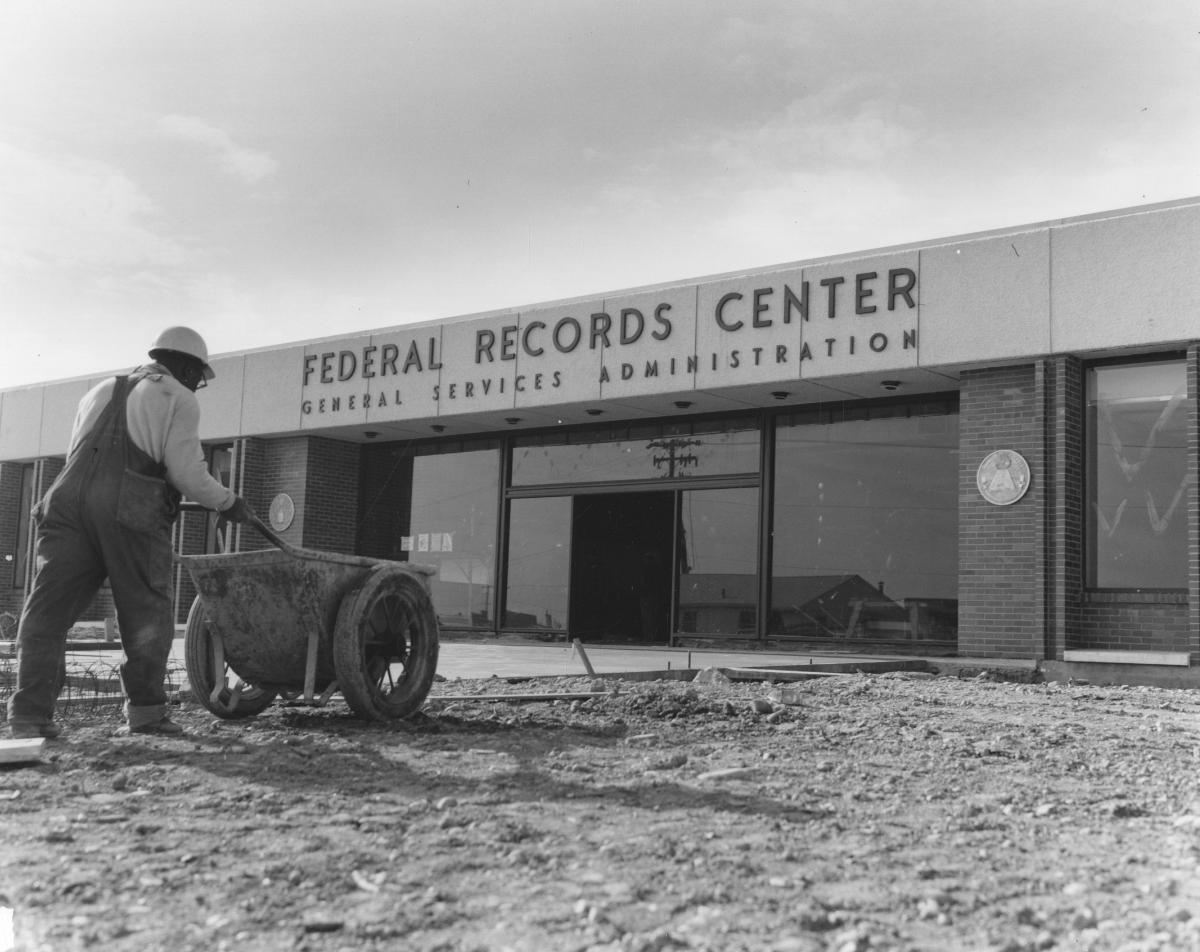 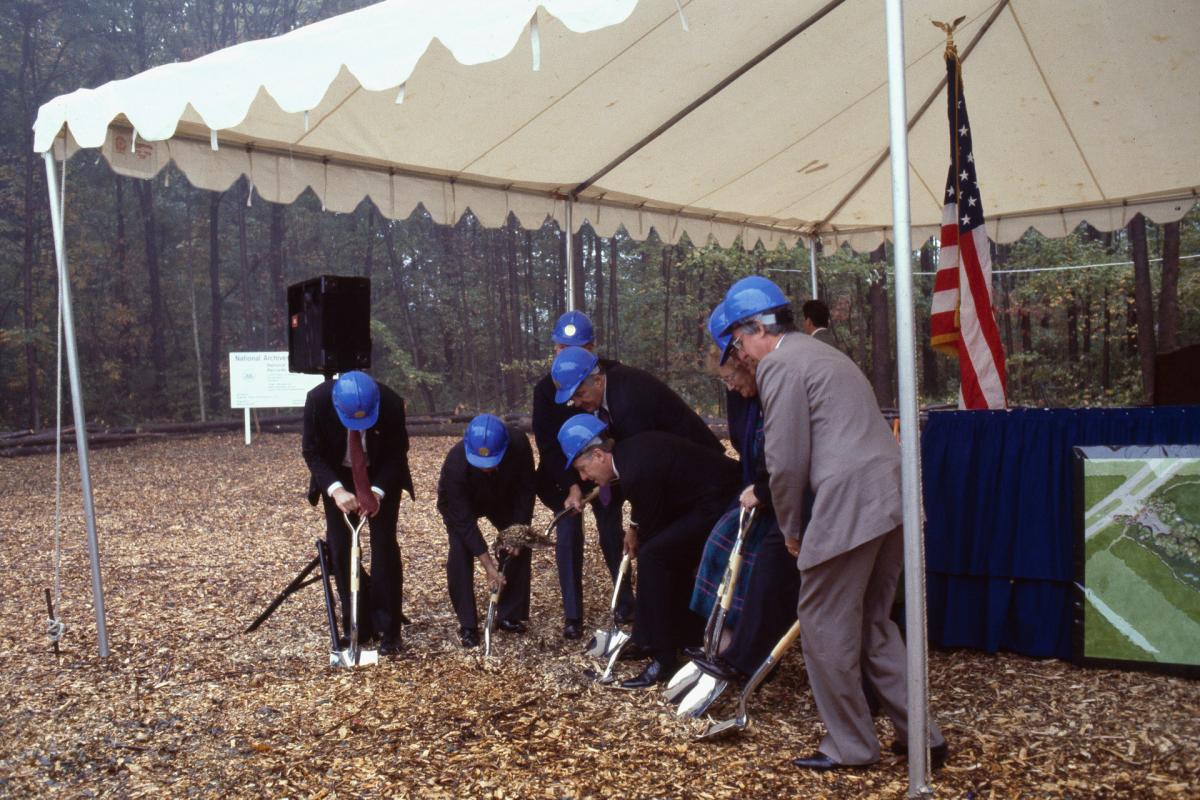 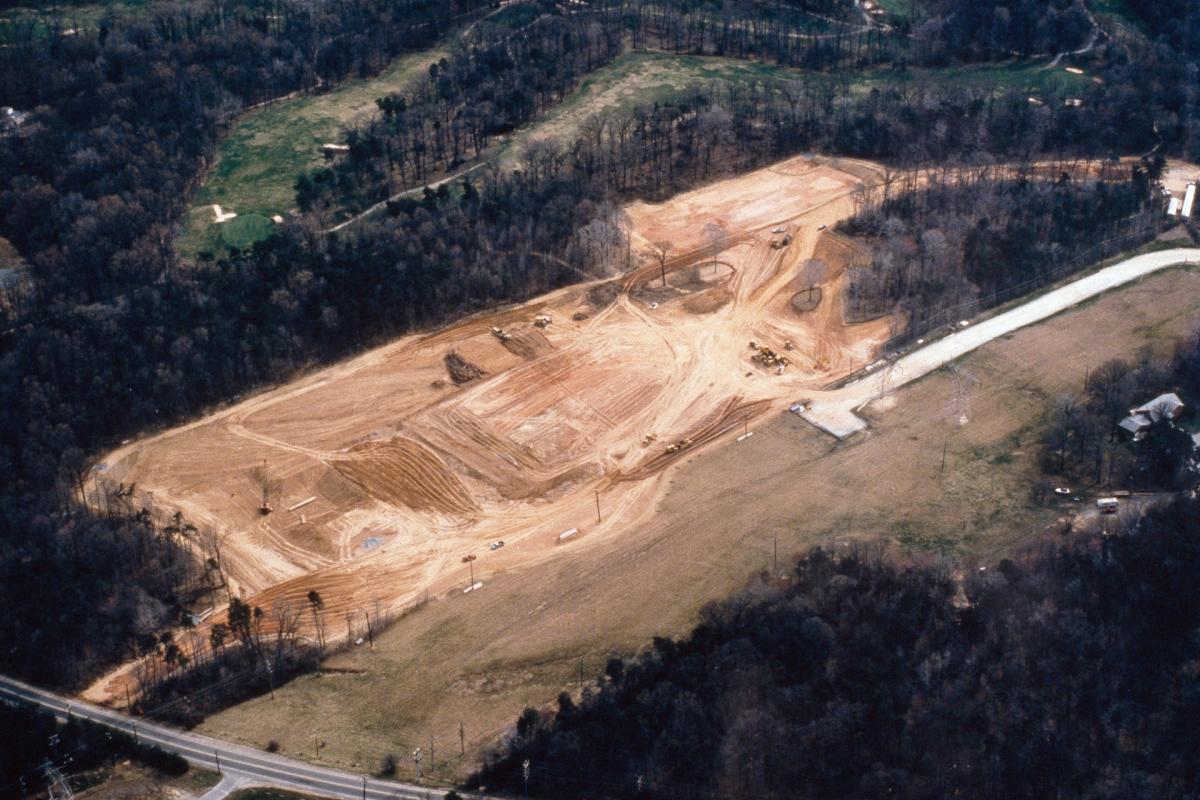 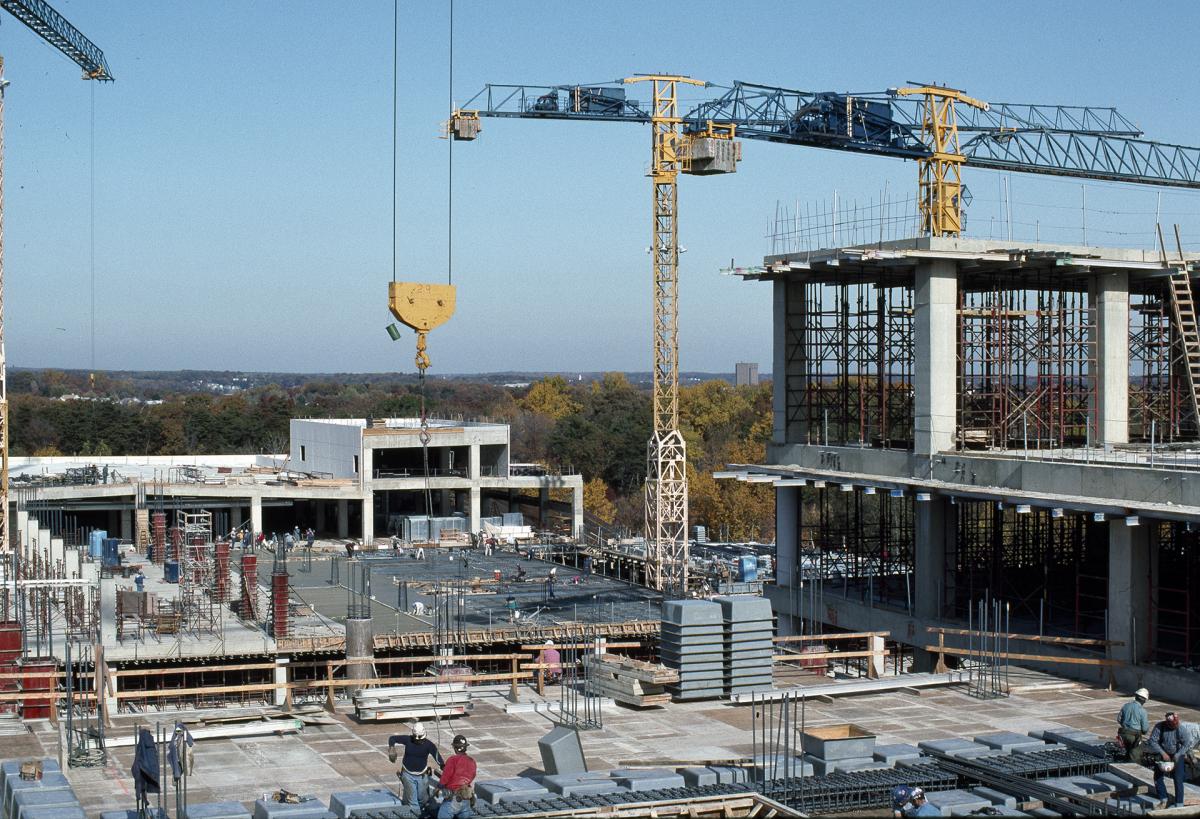 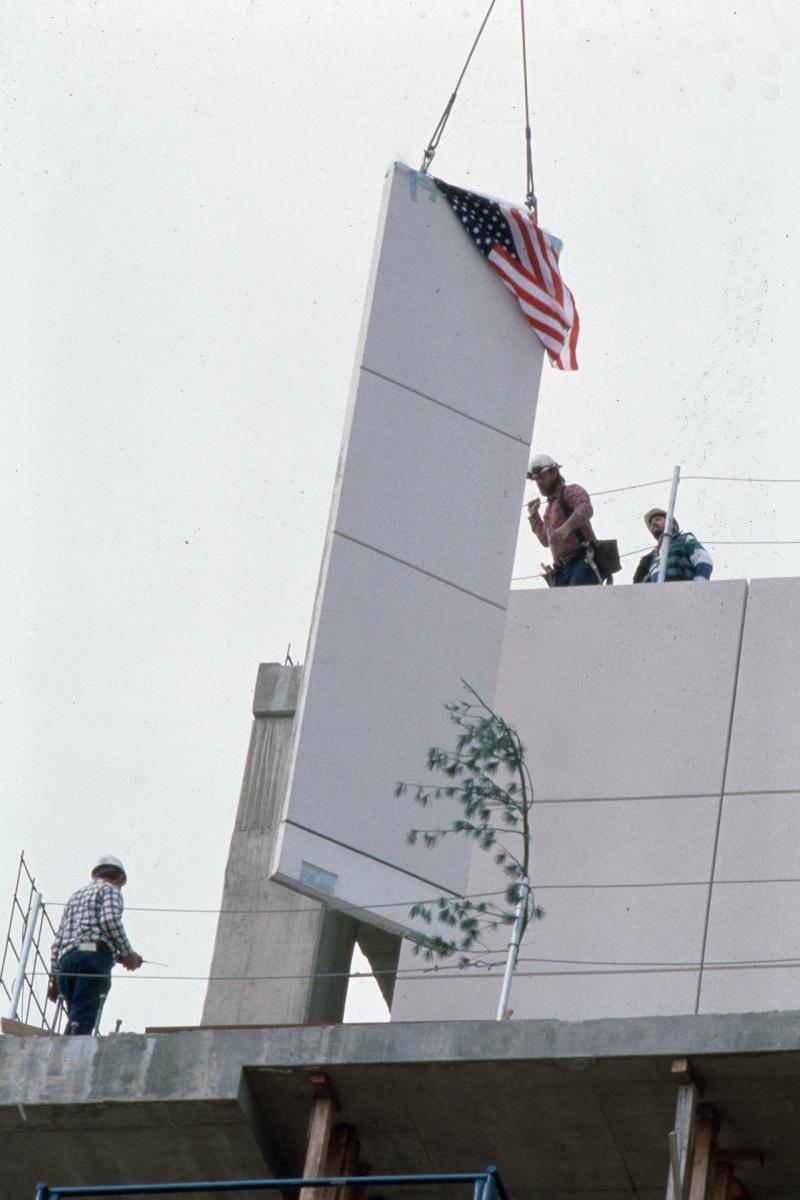 A construction crew hoists a concrete panel signed by the Archives II team to the top of the building, during the “topping-out” ceremony, November 19, 1992. (Records of the National Archives) 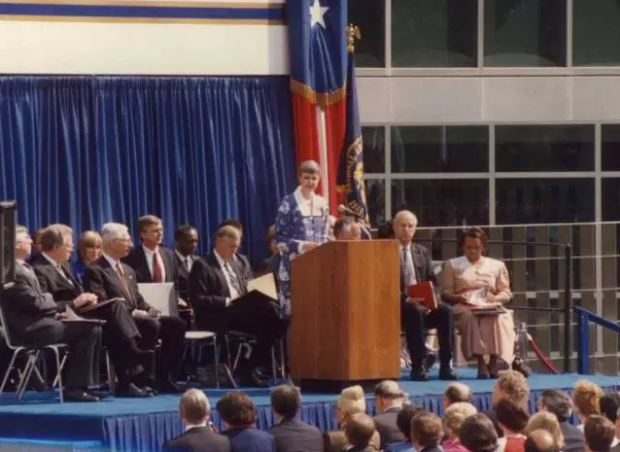 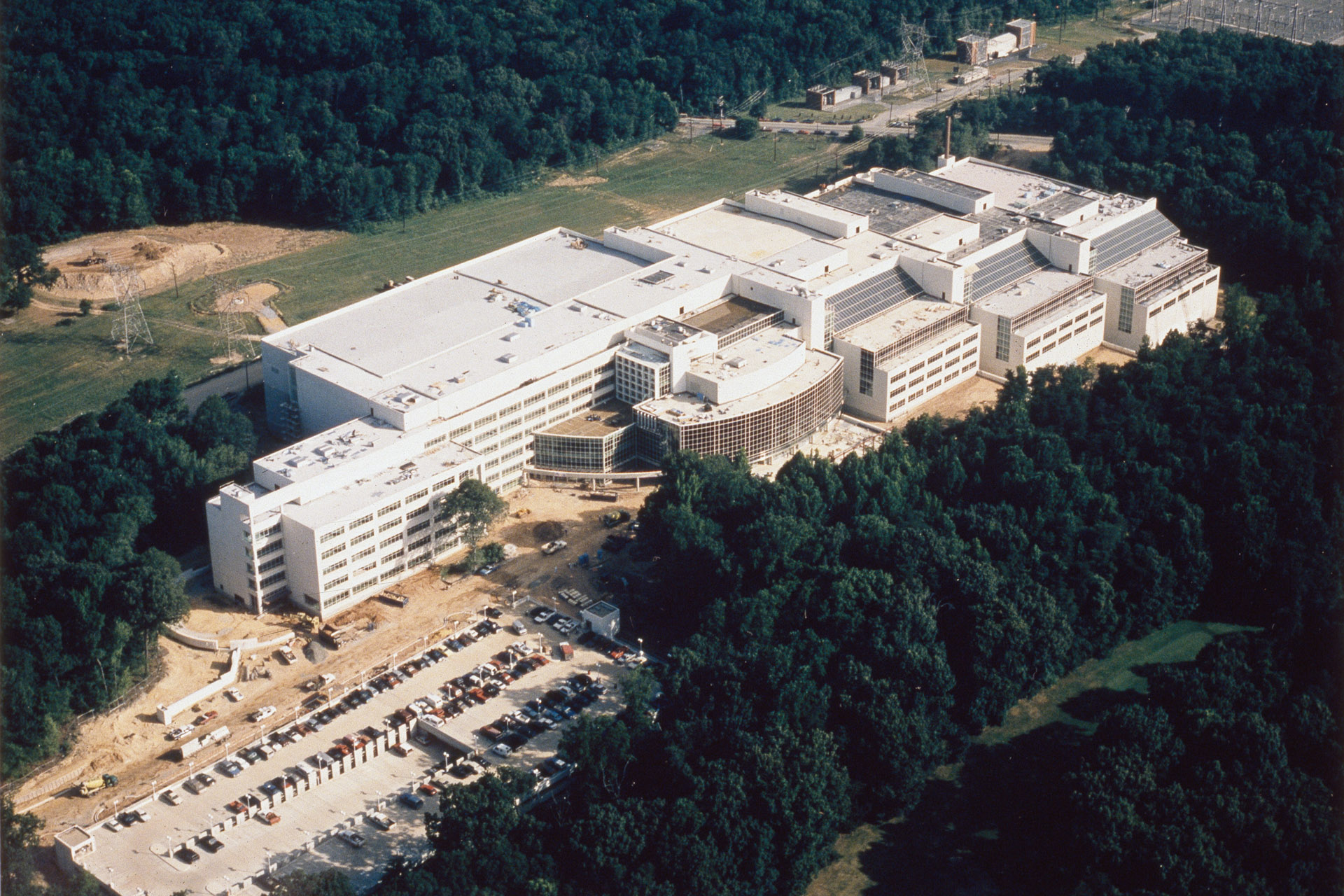 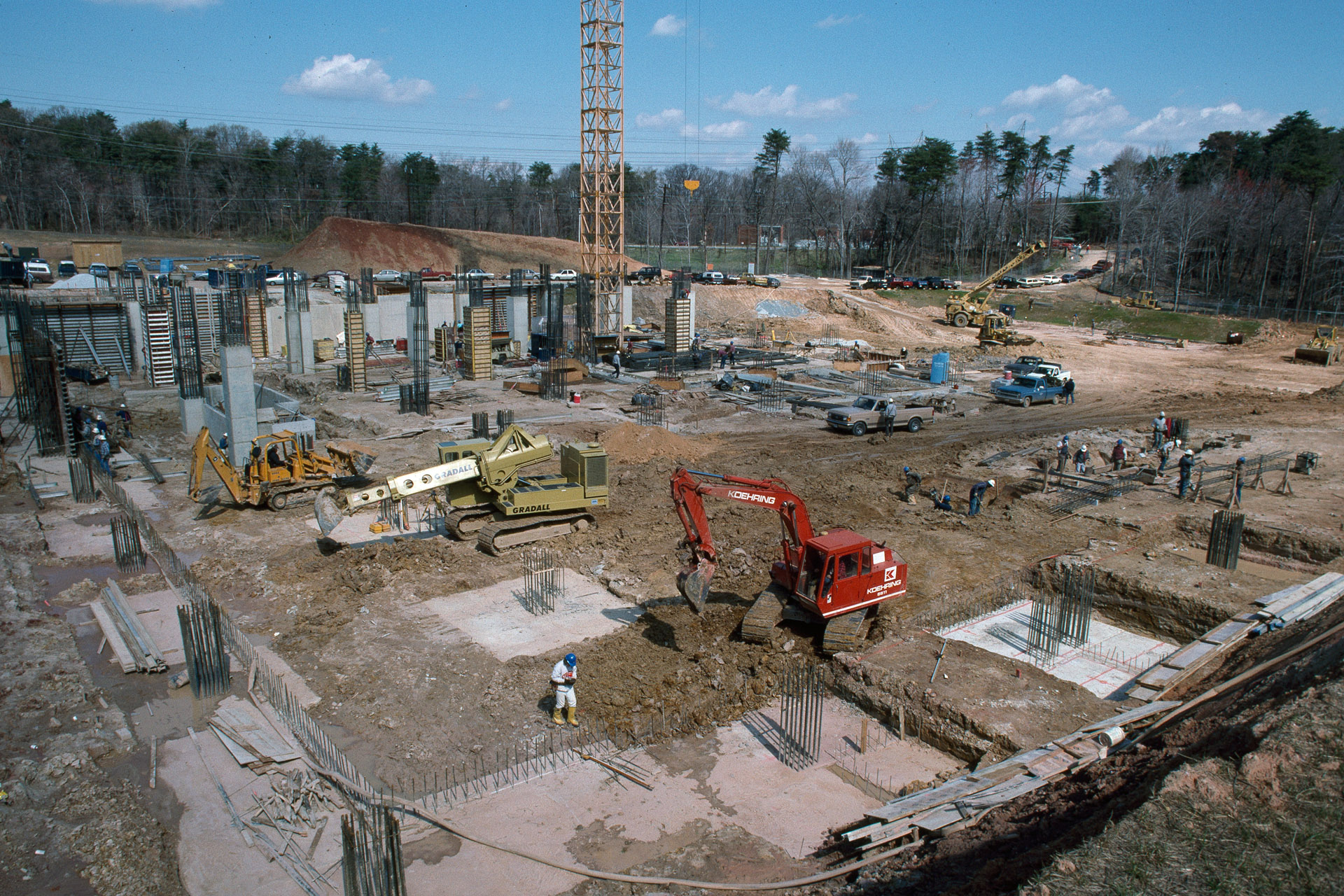 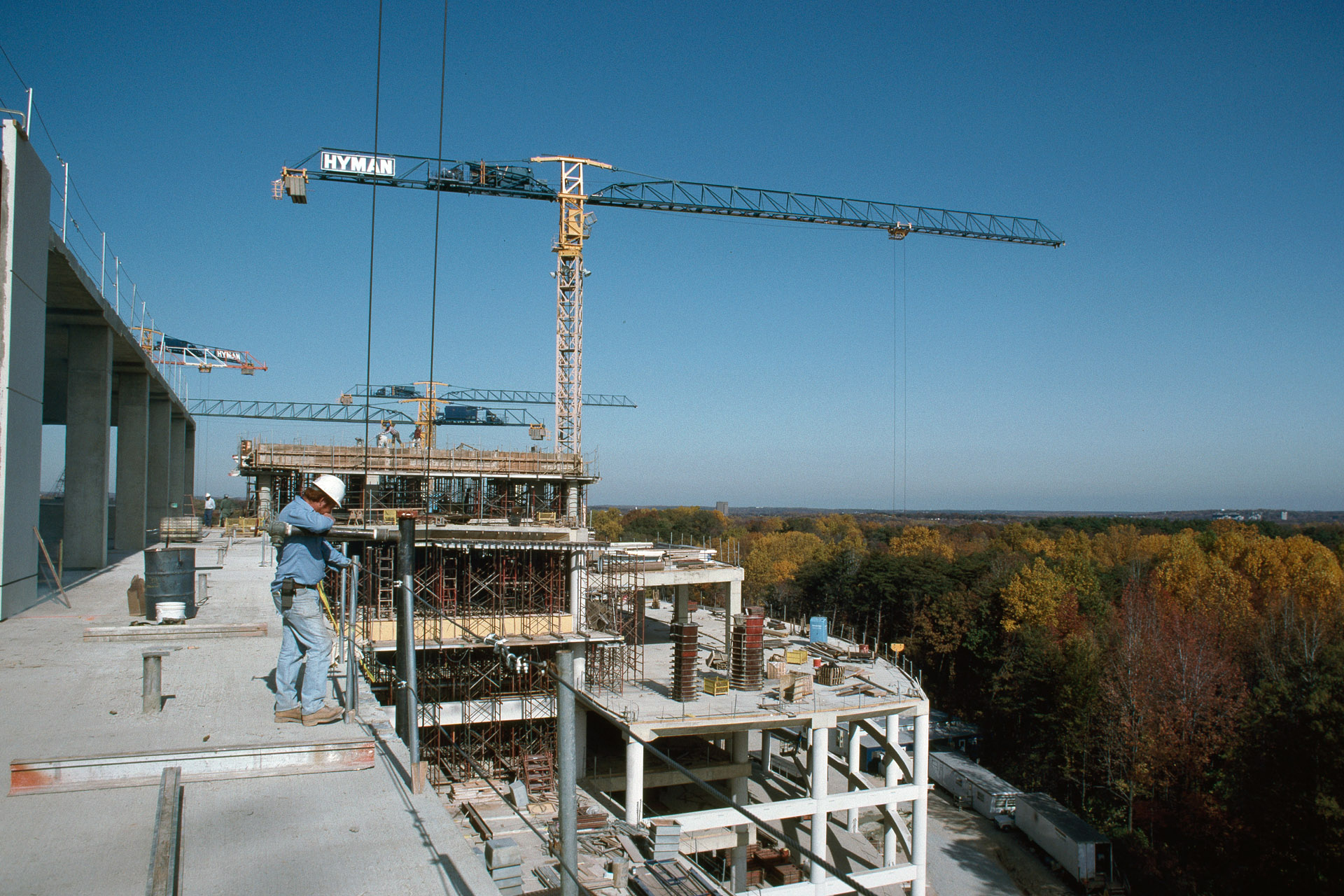 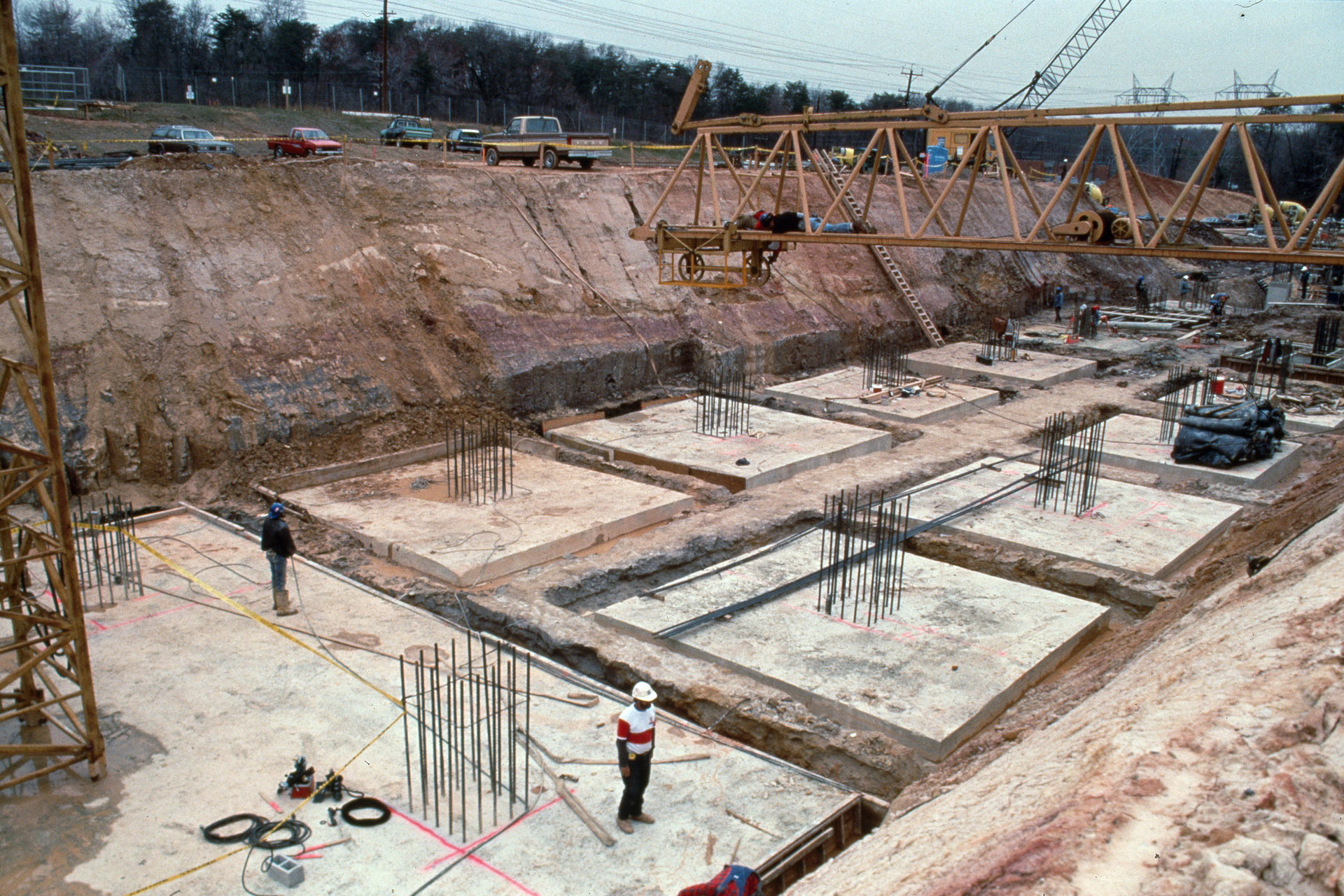 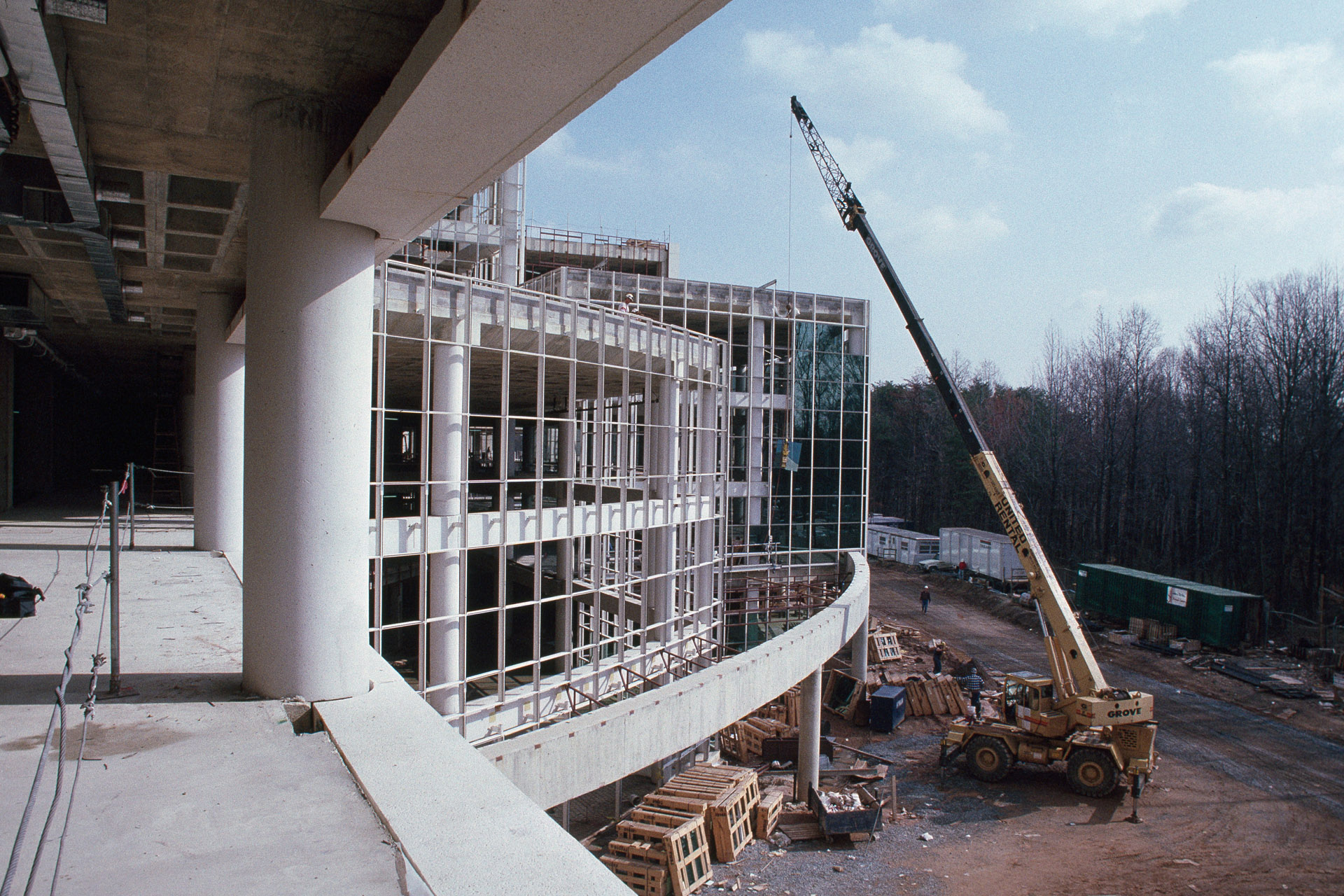 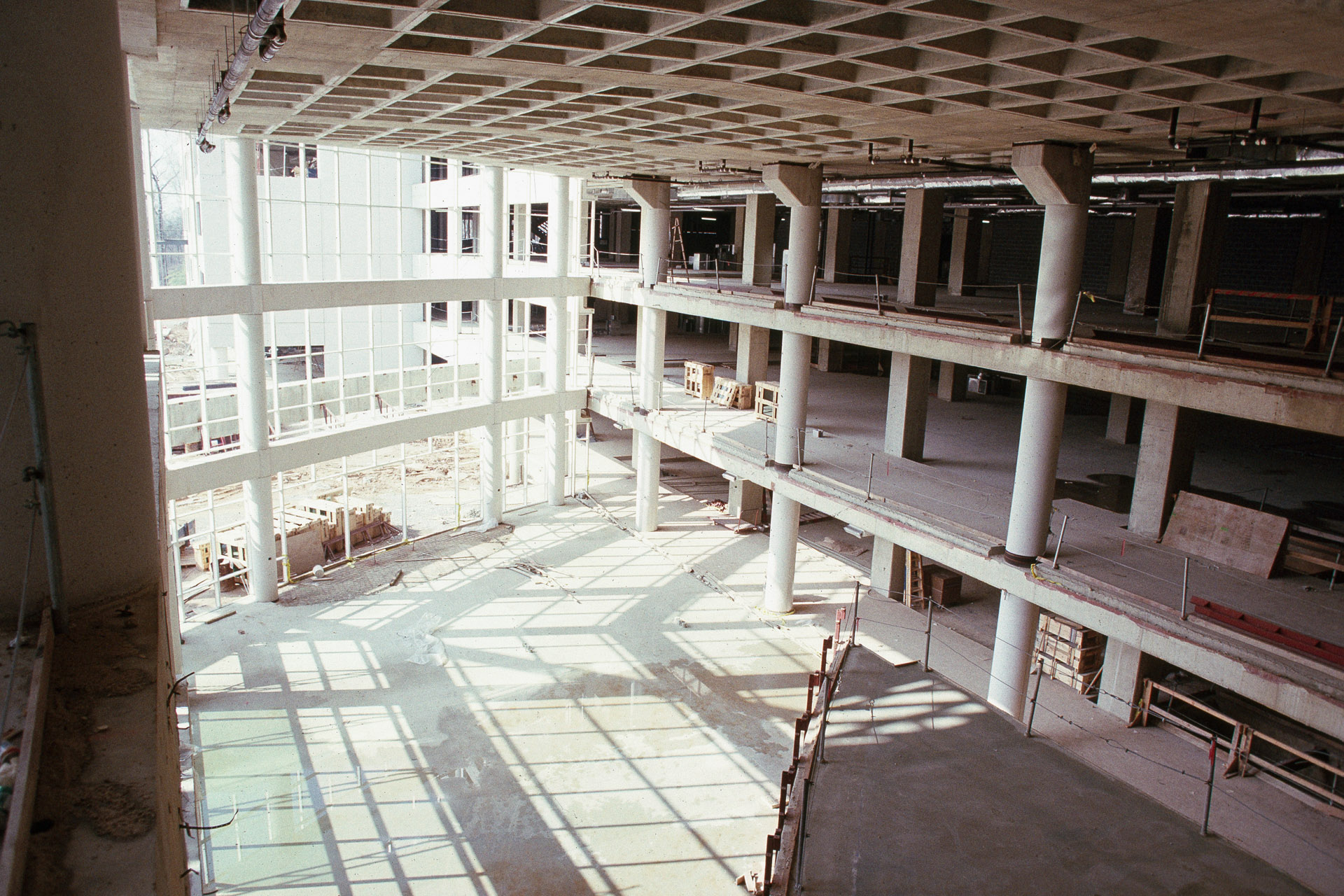 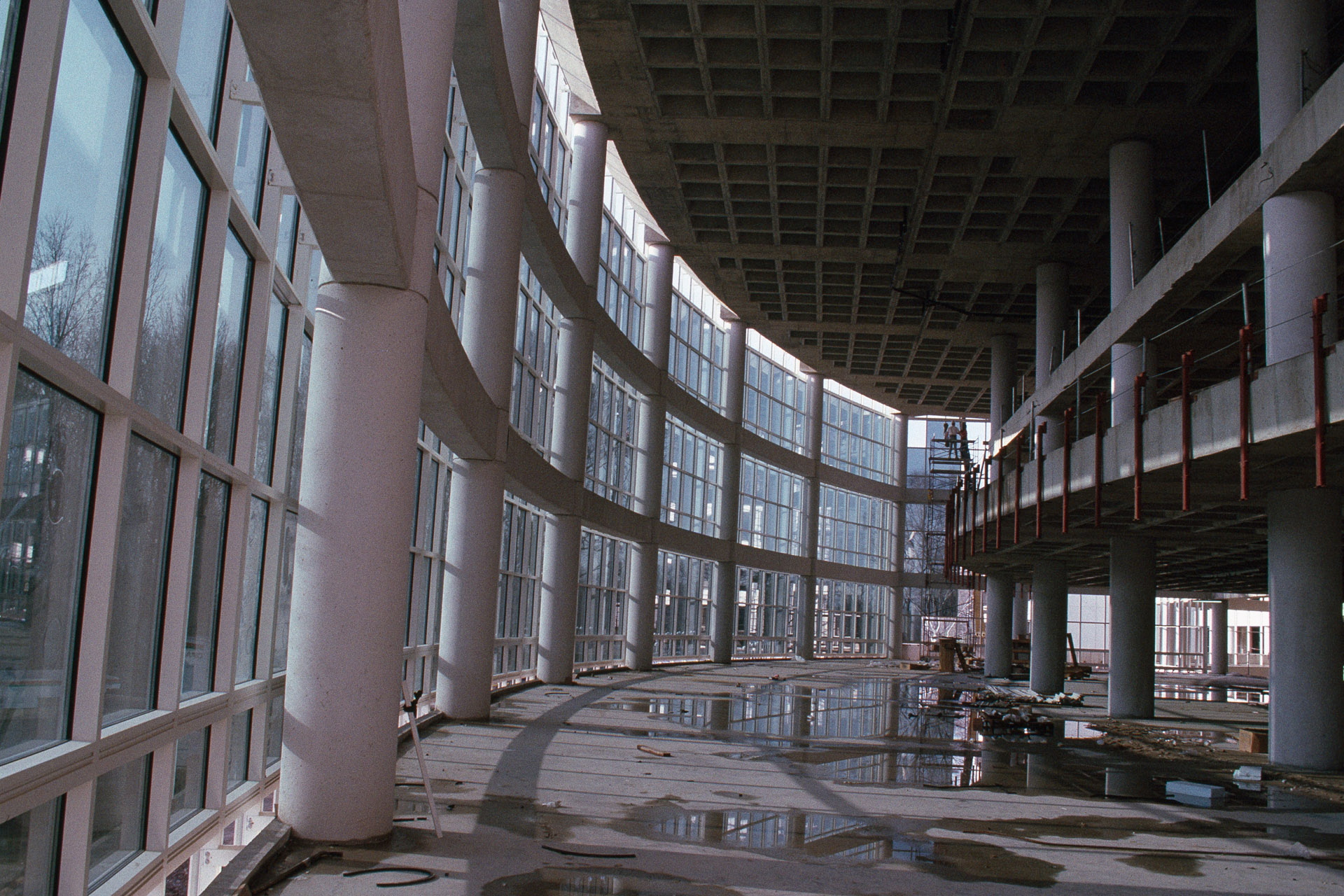 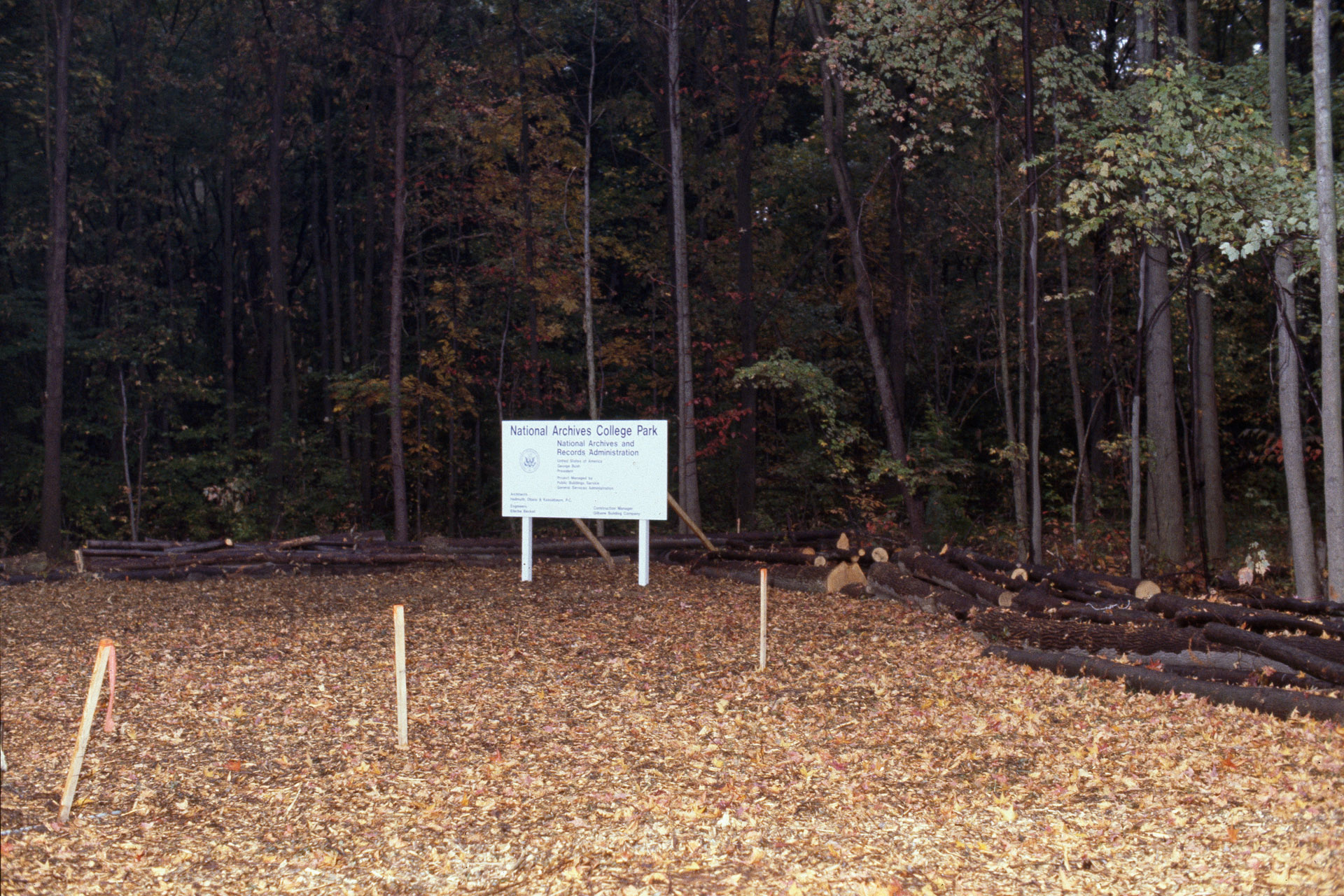 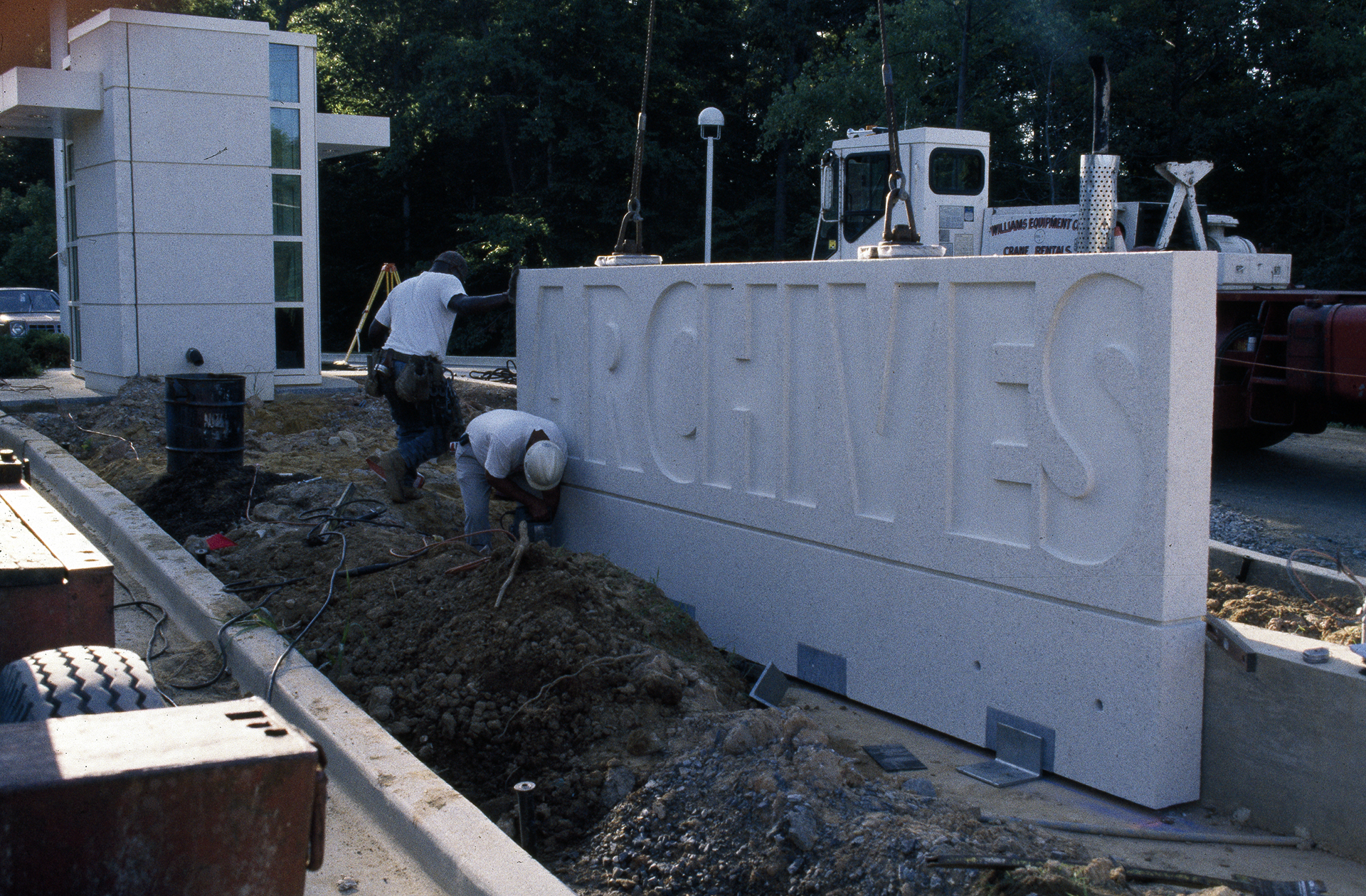 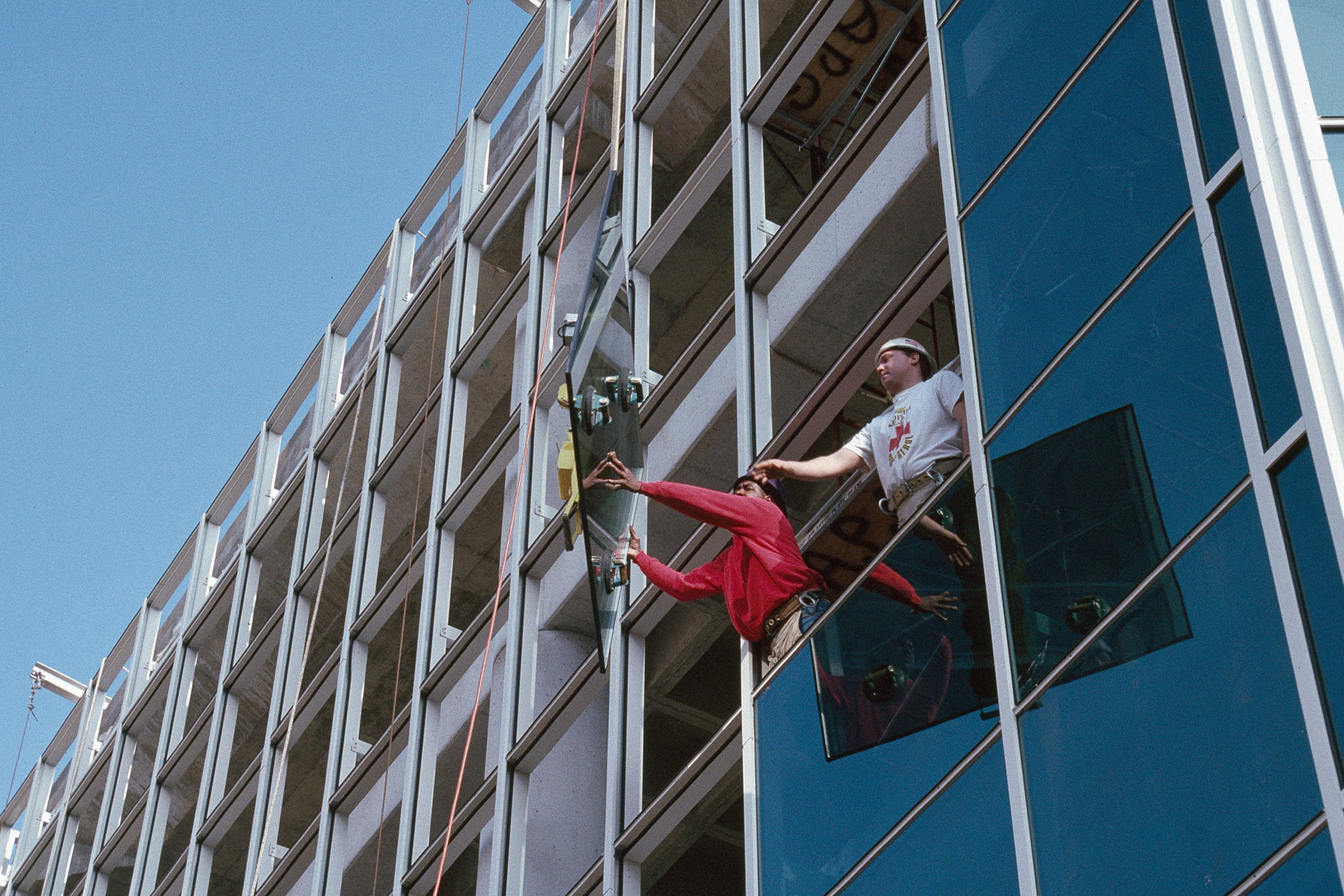 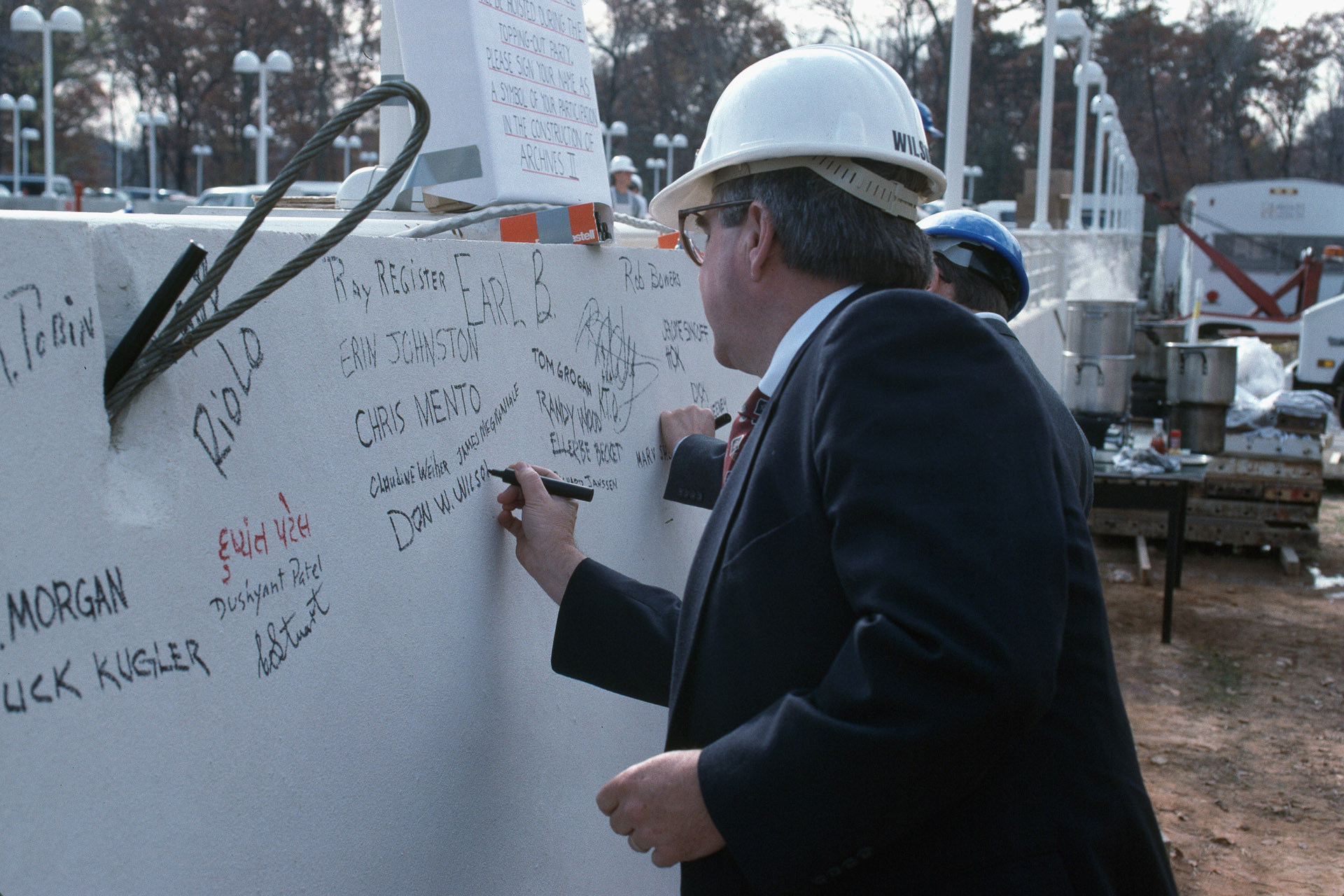 This documentary presents National Archives staff recollections and remembrances of the design, construction, and move to “Archives II.”