Services for the Public

The Atlanta facility has extensive microfilm holdings of value for genealogy research, among them:

Researchers using microfilm do not need a researcher's ID card.

E-mail your inquiry to atlanta.archives@nara.gov.

Note: If you are looking for Court Records in the Southeast Region that are less than 25 years old, learn more here.

The National Archives at Atlanta has approximately 175,000 cubic feet of archival holdings dating from 1716 to the 1980s, primarily textual records but also maps, photographs, and architectural drawings. These records were created or received by the Federal courts and over 100 Federal agencies, and are unique evidence of the impact of Federal government policies and programs in Alabama, Florida, Georgia, Kentucky, Mississippi, North Carolina, South Carolina, and Tennessee. Federal law requires that agencies transfer permanently valuable, noncurrent records to NARA.

The National Archives at Atlanta also has custody of thousands of photographs and negatives, primarily from the Tennessee Valley Authority (TVA) and the National Aeronautics and Space Administration (NASA). Of the approximately 779,000 photographs and negatives of the Tennessee Valley are photographs of families, homes, towns, and buildings in the area, many of which have vanished. The NASA collection includes approximately 385,586 still pictures and negatives from the Kennedy Space Center in Florida and the Marshall Space Flight Center in Huntsville, Alabama. 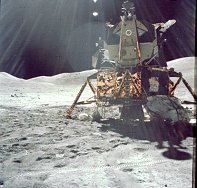 The archival holdings are arranged by record group (abbreviated RG), a body of records from an agency or bureau, identified by an RG number. Selected finding aids, are available by mail and online. Research can be initiated in person, or by telephone, mail, or electronic mail at atlanta.archives@nara.gov.
Individuals who wish to use archival holdings on-site will facilitate their research by calling before visiting.

Before using archival holdings, every researcher must obtain a researcher identification card. An applicant must show identification that includes a photograph, such as a driver's license, passport, or school or business identification card, and complete a short form giving name, address, telephone number, and a brief description of the proposed research topic. A researcher ID card, valid for 1 year and renewable, is then issued. It must be presented during each research visit. The card cannot be issued in advance of your visit.

Although researchers are welcome until closing time, no records will be pulled after 4:00 P.M.

Researchers using microfilm do not need a researcher's ID card.

Self-service copying of archival documents is available for 20 cents a page (letter and legal size.) Upon request, the staff will make or arrange for copies of oversized documents, certified copies for legal use, photographs, or other specialized copies. Fees vary depending on size and type of reproduction. The availability of photocopies depends on the physical condition of the documents.

Paper copies from microfilm can be made at self-service copiers.

Public programs include workshops on genealogy, research in archives, and teaching history using archival documents; tours of the facility; student internships; exhibits; and lectures. Groups and classes can be accommodated by special arrangement. 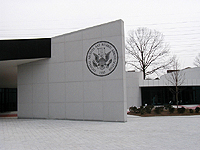 What's Allowed in the Research Room