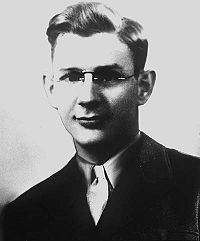 Private First Class Frederick Coleman Murphy served his country as a medic during World War II. He was killed in action in Germany in 1945 and was posthumously awarded the Medal of Honor. The National Archives facility in Waltham, Massachusetts is named the Frederick C. Murphy Federal Center to honor Pfc. Murphy’s service, heroism, and sacrifice.

Frederick C. Murphy was born in Boston, Massachusetts, on July 27, 1918, and lived in nearby Quincy. He was a 1939 graduate of Thayer Academy, a private school in Braintree, Massachusetts.

Murphy married his high school sweetheart Virginia Maxwell and enrolled at the University of Pennsylvania in the fall of 1939. Following the attack on Pearl Harbor in 1941, Murphy applied to the U.S. Army but failed two physicals and was classified 4-F. After corrective back surgery, he entered the service in November 1943, enlisting at Weymouth, Massachusetts, where he lived. He became a medic in the U.S. Army 259th Infantry, 65th Infantry Division. 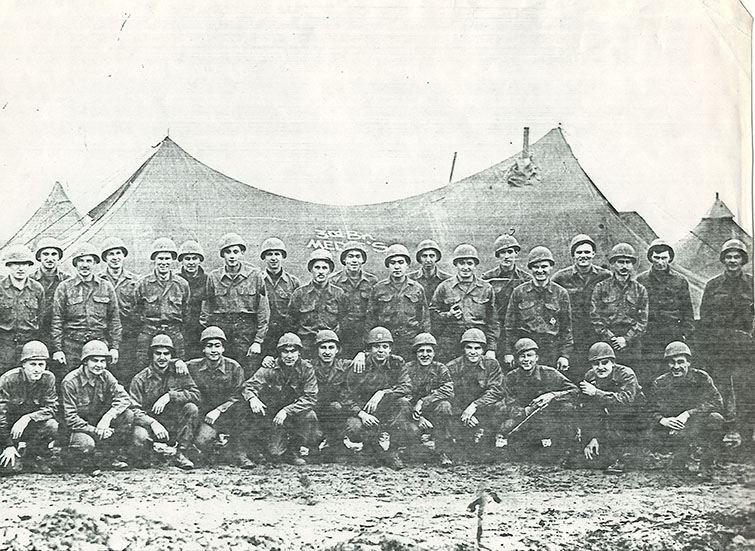 Murphy received his basic training at Camp Shelby, Mississippi, and his medical and surgical technician training from Fitzsimons General Hospital at Denver, Colorado.

As a medic with E Company, 259th Infantry, Murphy landed in France in January, 1945.  In March, the 65th Infantry Division undertook its first major combat assignment to break through the reputedly invincible defenses of the Siegfried Line near Saarlautern, Germany.

The Battle: Assault on the Siegfried Line

The Siegfried Line was the major German defense at the French border and consisted of a series of pill box-shaped fortifications. General Patton’s Third Army, which included Pfc. Murphy's 65th Infantry Division, opened an attack on the line in early March, 1945. On March 18, after 12 days of fighting, the Americans commenced a frontal assault in the Saarlautern sector of the line. By March 21, the 65th Infantry Division had accomplished its goal and broken through the Siegfried Line.

Pfc. Murphy, 27, made the ultimate sacrifice while aiding fallen companions in the attack at Saarlautern.  He left behind his wife Virginia, who would give birth to their daughter just weeks later.

For his valor, Pfc. Murphy was posthumously awarded the Medal of Honor, the nation's highest military commendation.  The medal award citation describes his heroic actions: 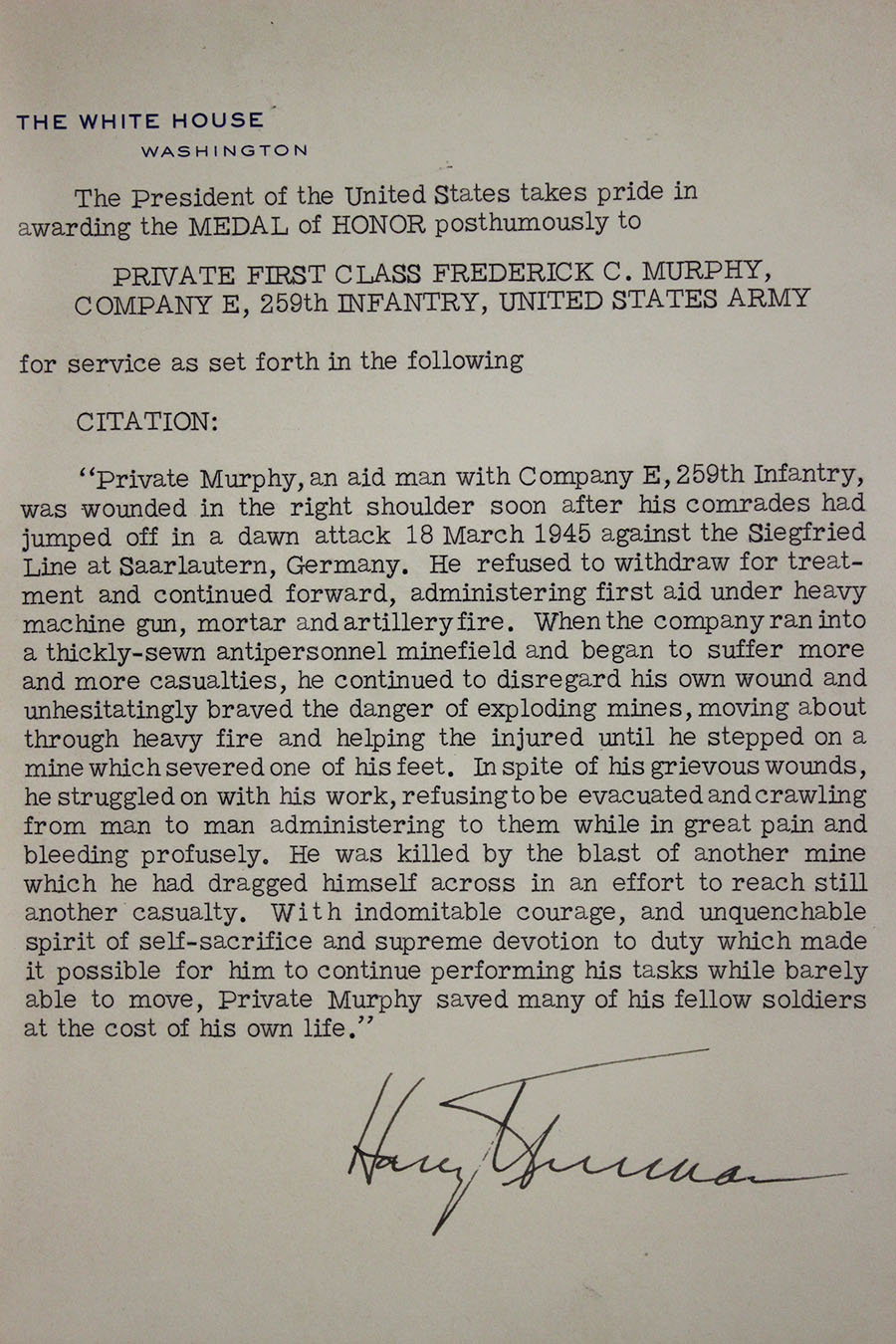 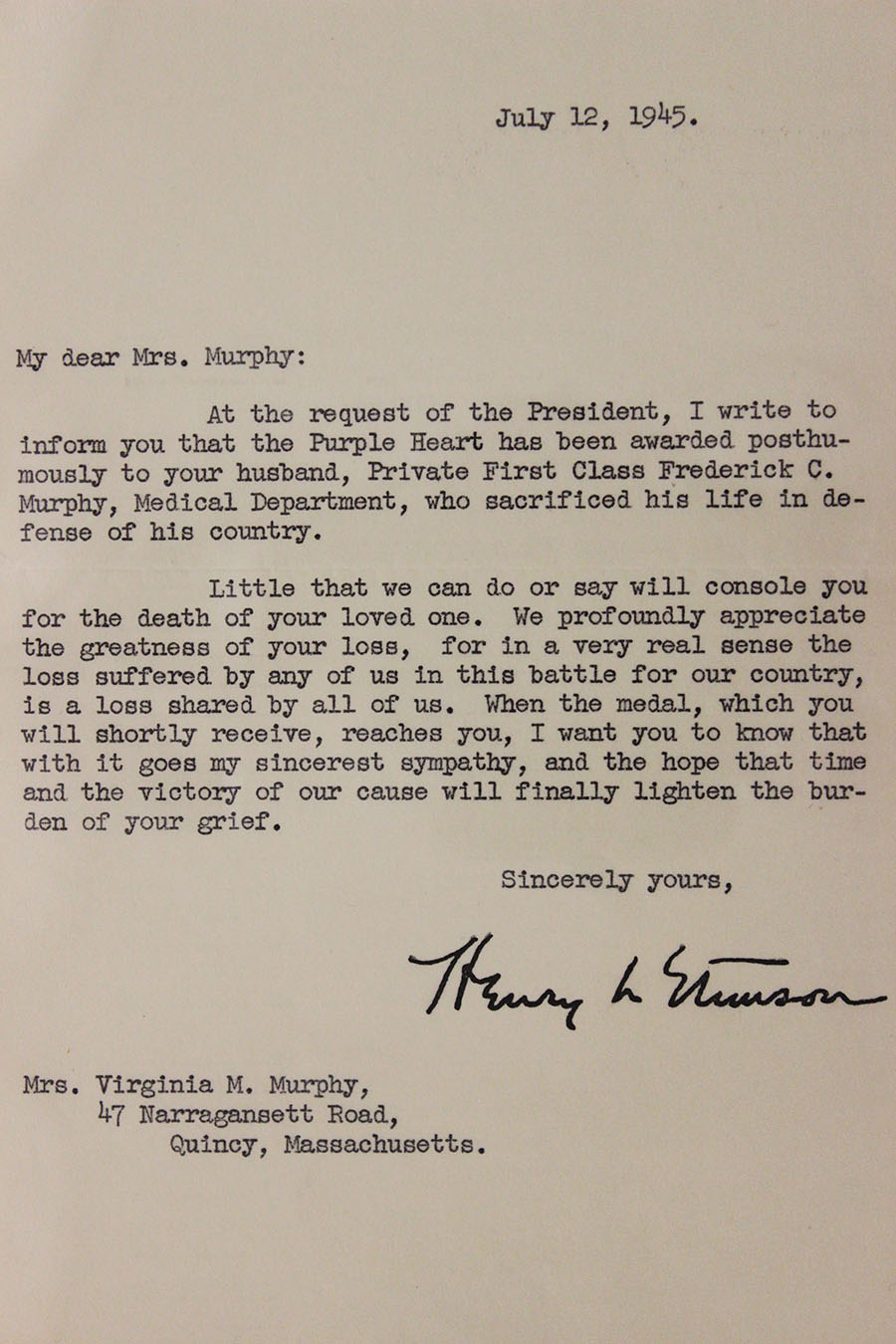 Notification signed by Secretary of War Henry L. Stimson to Virginia Murphy that her husband has been awarded the Purple Heart, July 12, 1945.

An aid man, he was wounded in the right shoulder soon after his comrades had jumped off in a dawn attack 18 March 1945, against the Siegfried Line at Saarlautern, Germany. He refused to withdraw for treatment and continued forward, administering first aid under heavy machine-gun, mortar, and artillery fire. When the company ran into a thickly sown antipersonnel minefield and began to suffer more and more casualties, he continued to disregard his own wound and unhesitatingly braved the danger of exploding mines, moving about through heavy fire and helping the injured until he stepped on a mine which severed one of his feet. In spite of his grievous wounds, he struggled on with his work, refusing to be evacuated and crawling from man to man administering to them while in great pain and bleeding profusely. He was killed by the blast of another mine which he had dragged himself across in an effort to reach still another casualty. With indomitable courage, and unquenchable spirit of self-sacrifice and supreme devotion to duty which made it possible for him to continue performing his tasks while barely able to move, Pfc. Murphy saved many of his fellow soldiers at the cost of his own life. 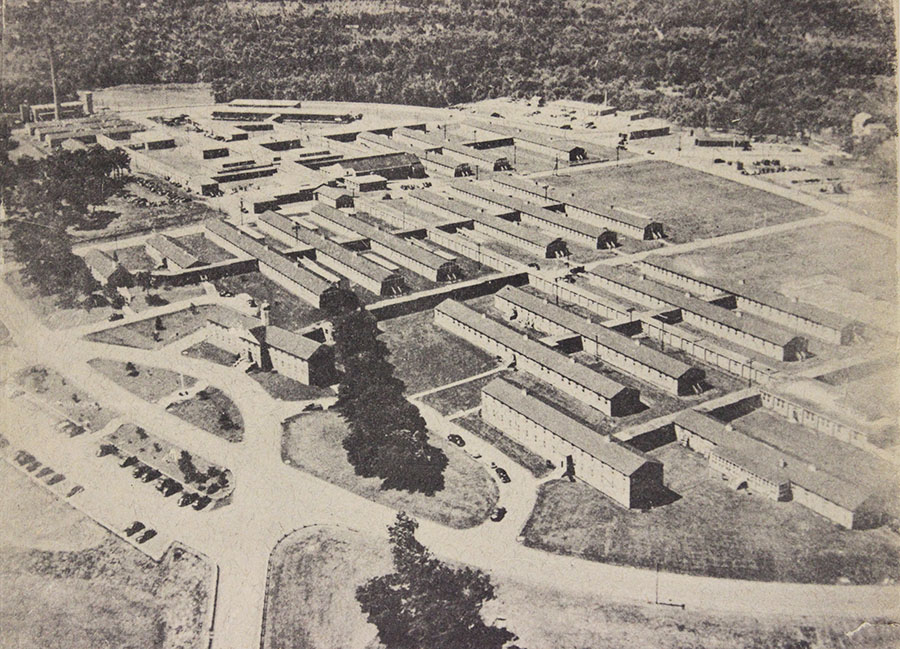 Pfc. Murphy would be further honored posthumously with the dedication of an Army hospital for World War II veterans returning from overseas service.

The Frederick C. Murphy Army Hospital in Waltham, Massachusetts, was first designated as the Boston Area Station Hospital. It was activated in February 1944, officially opened in July 1944, and designated the Waltham Regional Hospital in September 1944. The Hospital was built on a 93-acre plot of land, and consisted of 44 individual buildings all connected by enclosed heated corridors.

The Surgeon General and War Department recommended the hospital be renamed in honor of Pfc. Frederick C. Murphy, and it was so designated in June, 1946.

In 1956, the Secretary of the Army and Surgeon General directed that the Murphy Army Hospital be discontinued as of December 31, 1957, and it was taken over by the U.S. Army Corps of Engineers. The National Archives building was later added to the property known as the Waltham Federal Center.

Inspired by a tour of the Lorraine American Military Cemetery and Memorial in St. Avold, France, where Pfc. Murphy's remains are buried, World War II veteran Edward A. Cloonan, initiated a grassroots effort by WWII veterans to restore Murphy's name to the Waltham Federal Center.

With support from members of the Massachusetts congressional delegation, including U.S. Senators Edward M. Kennedy and John Kerry, U.S. Representative Edward J. Markey sponsored legislation in the U.S. House of Representatives to authorize the name restoration.  The bill was enacted on April 14, 1994, signed into law by President Bill Clinton. 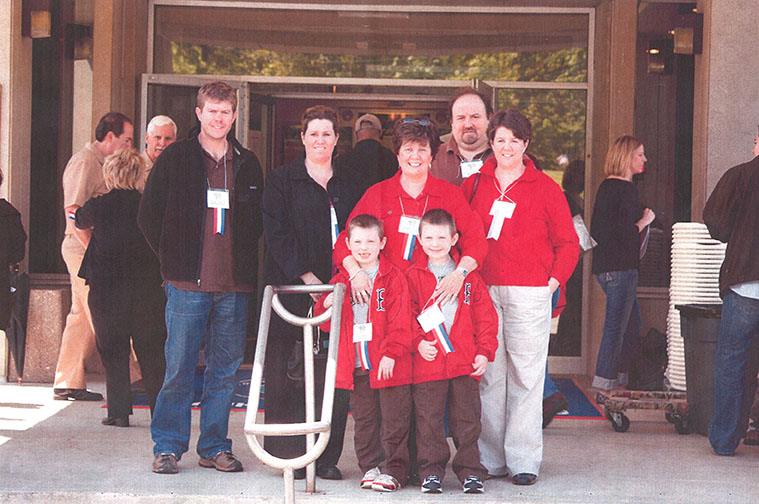 Members of the Murphy family in remembrance.

With the dedication of the Frederick C. Murphy Federal Center, the Murphy name will continue to maintain his legacy in his community.

Frederick C. Murphy’s name and sacrifice have been remembered in other ways as well: 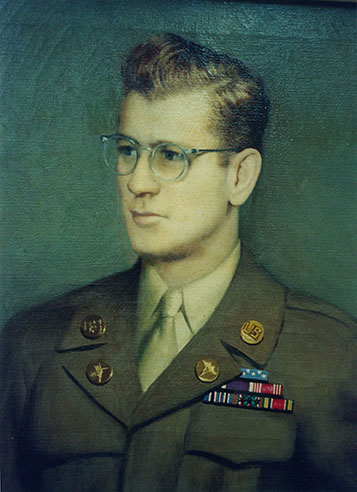