Google Arts & Culture Exhibits by the National Archives at Boston

These exhibits, created by our interns, depict subjects of historical significance to New England through the use of records within our holdings.  The exhibits are available on Google Arts & Culture's "U.S. National Archives" page. 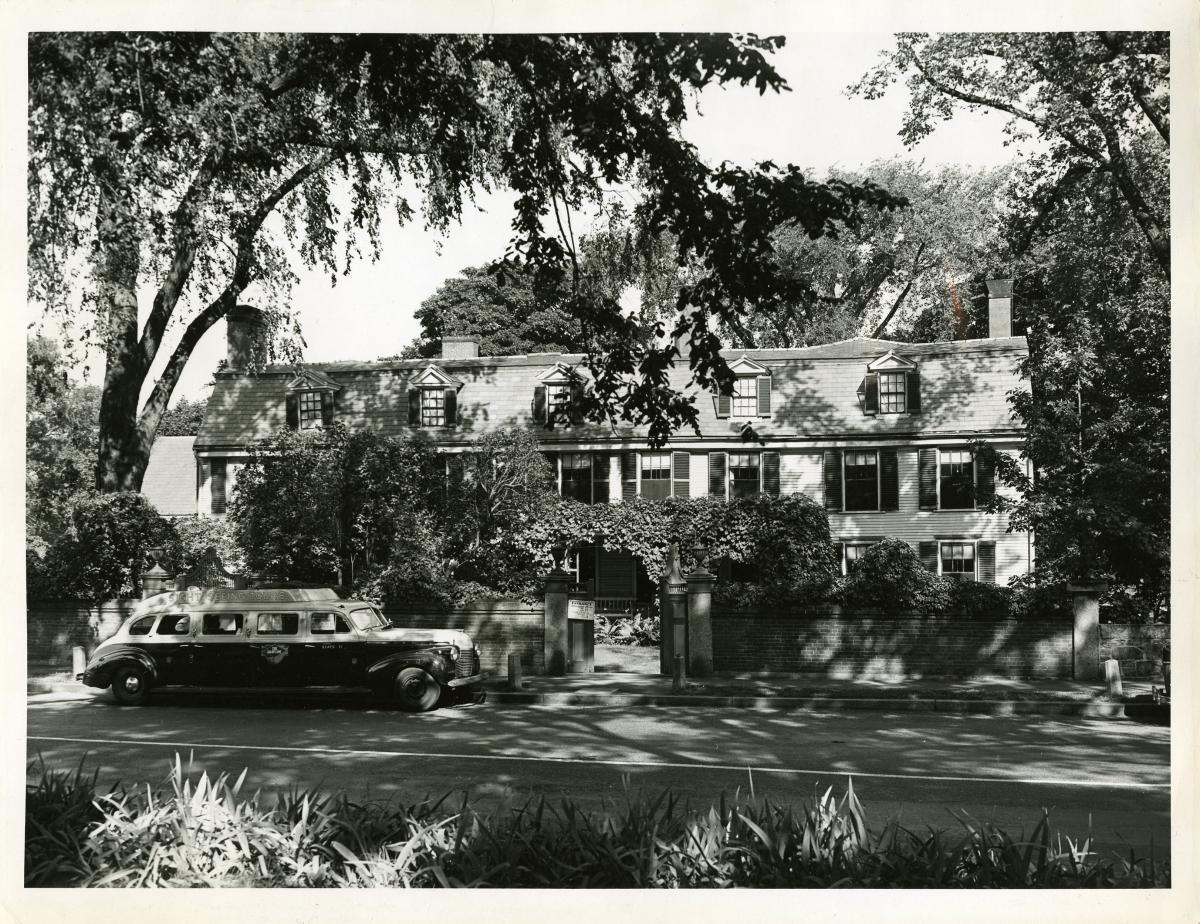 A Virtual Tour of the Adams Mansion, Home to Two Presidents 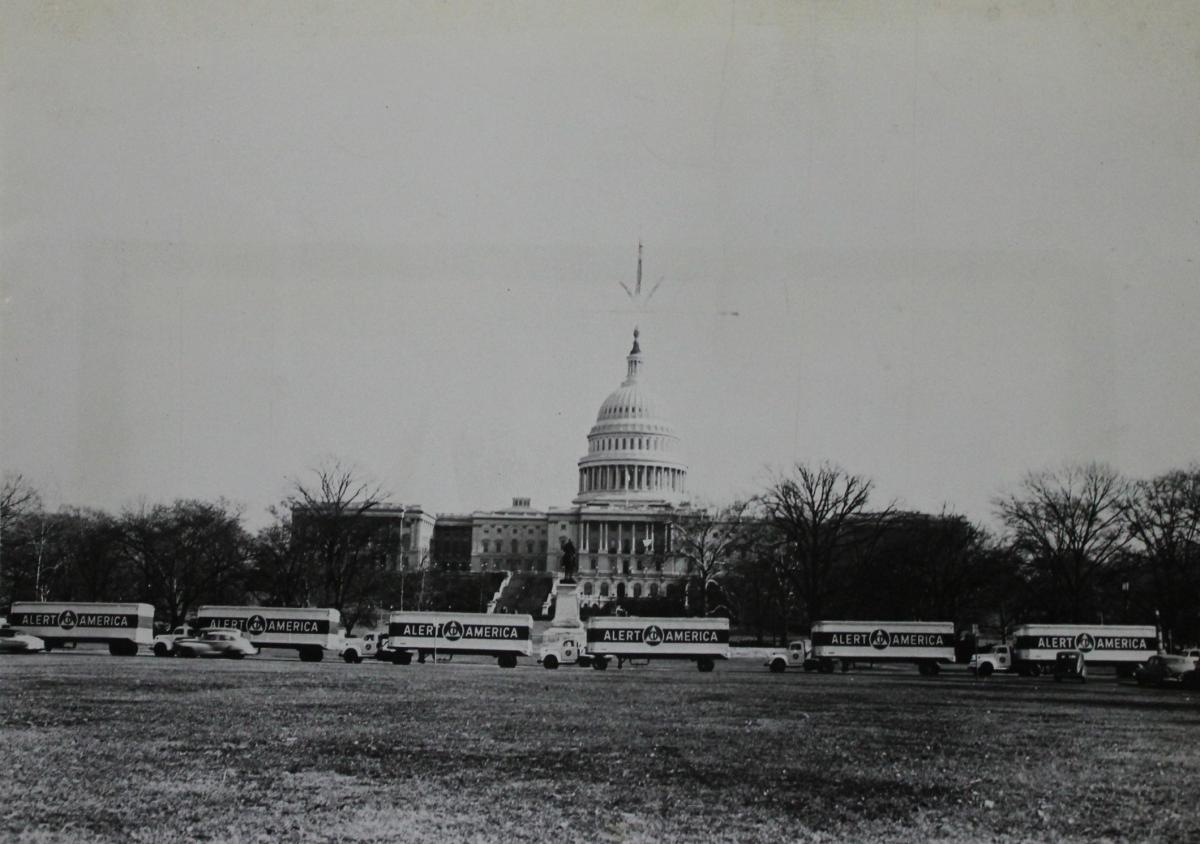 The Federal Civil Defense Administration launched this nationwide campaign to educate, empower and prepare the American public for the imminent threats of the Cold War era. 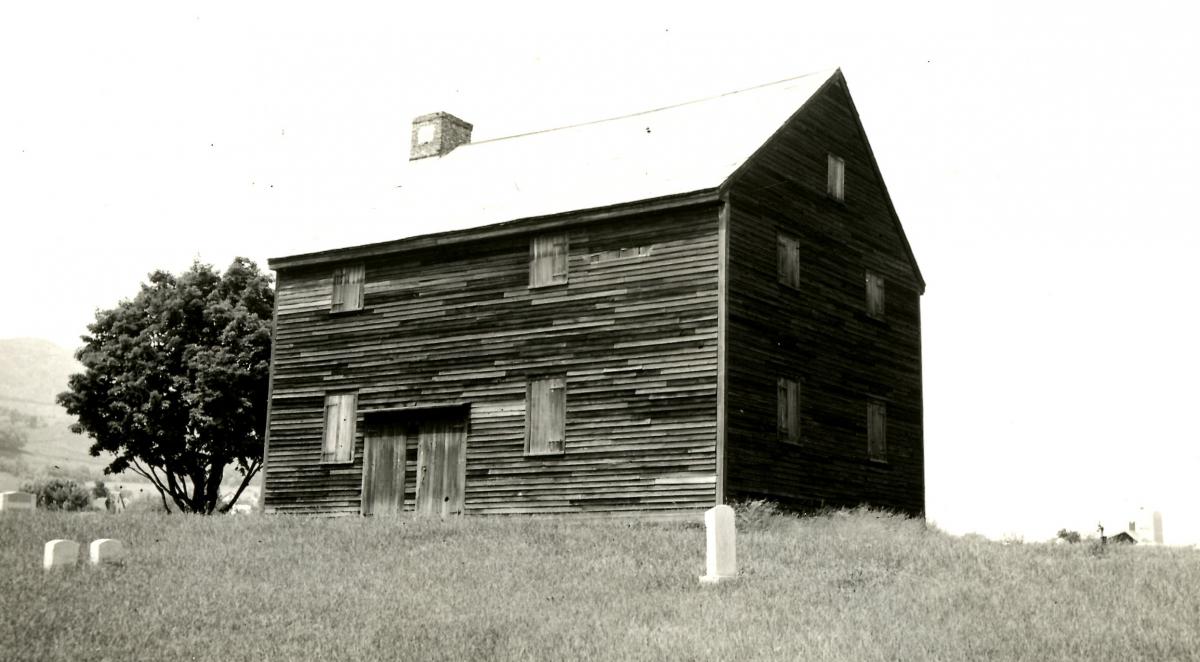 The National Park Service sought to document a representative sampling of historic American architecture through this Depression-era make-work program. 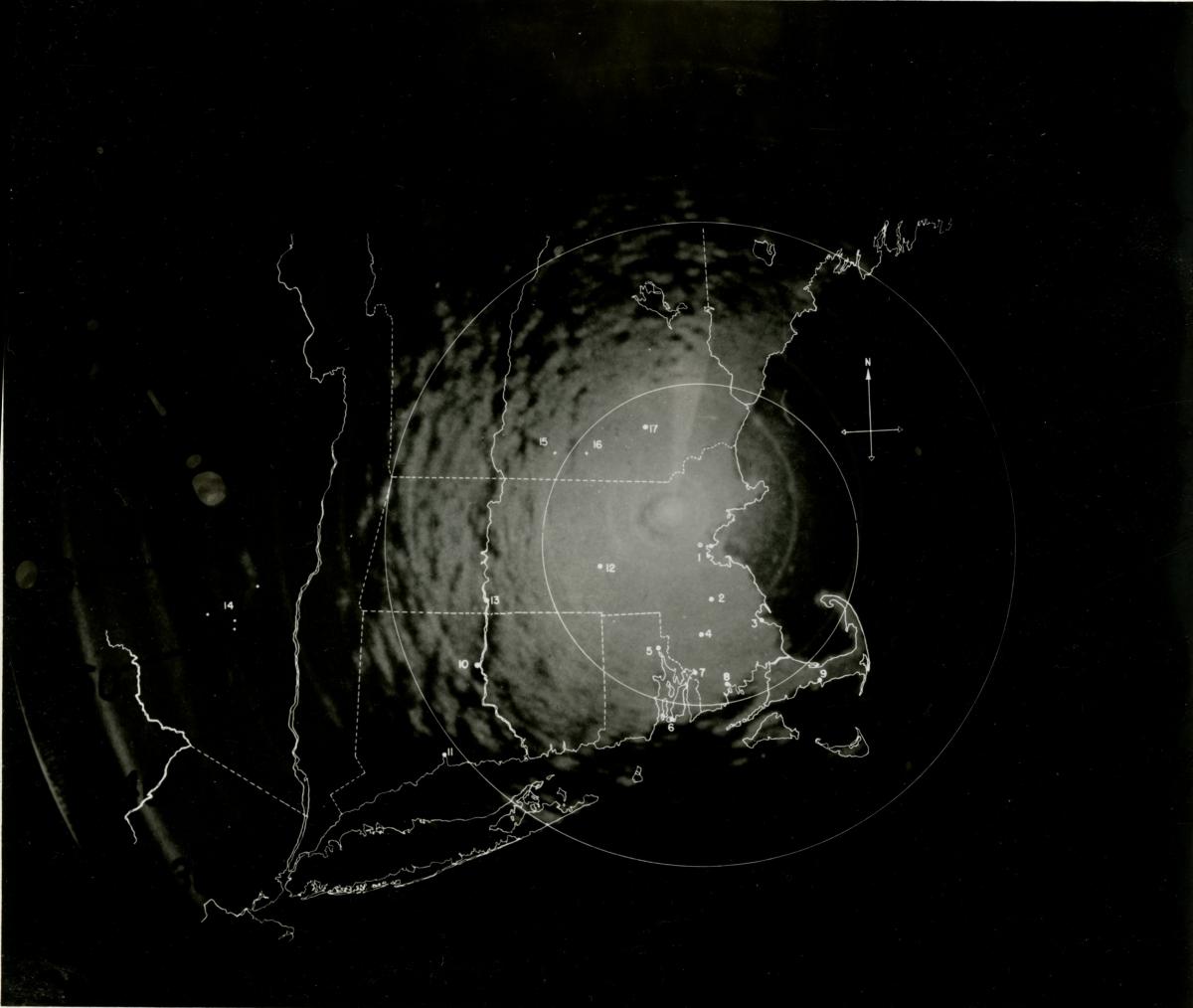 Hosted by the Massachusetts Institute of Technology (MIT), the "Rad Lab" pursued the development of radar to help America win World War II. 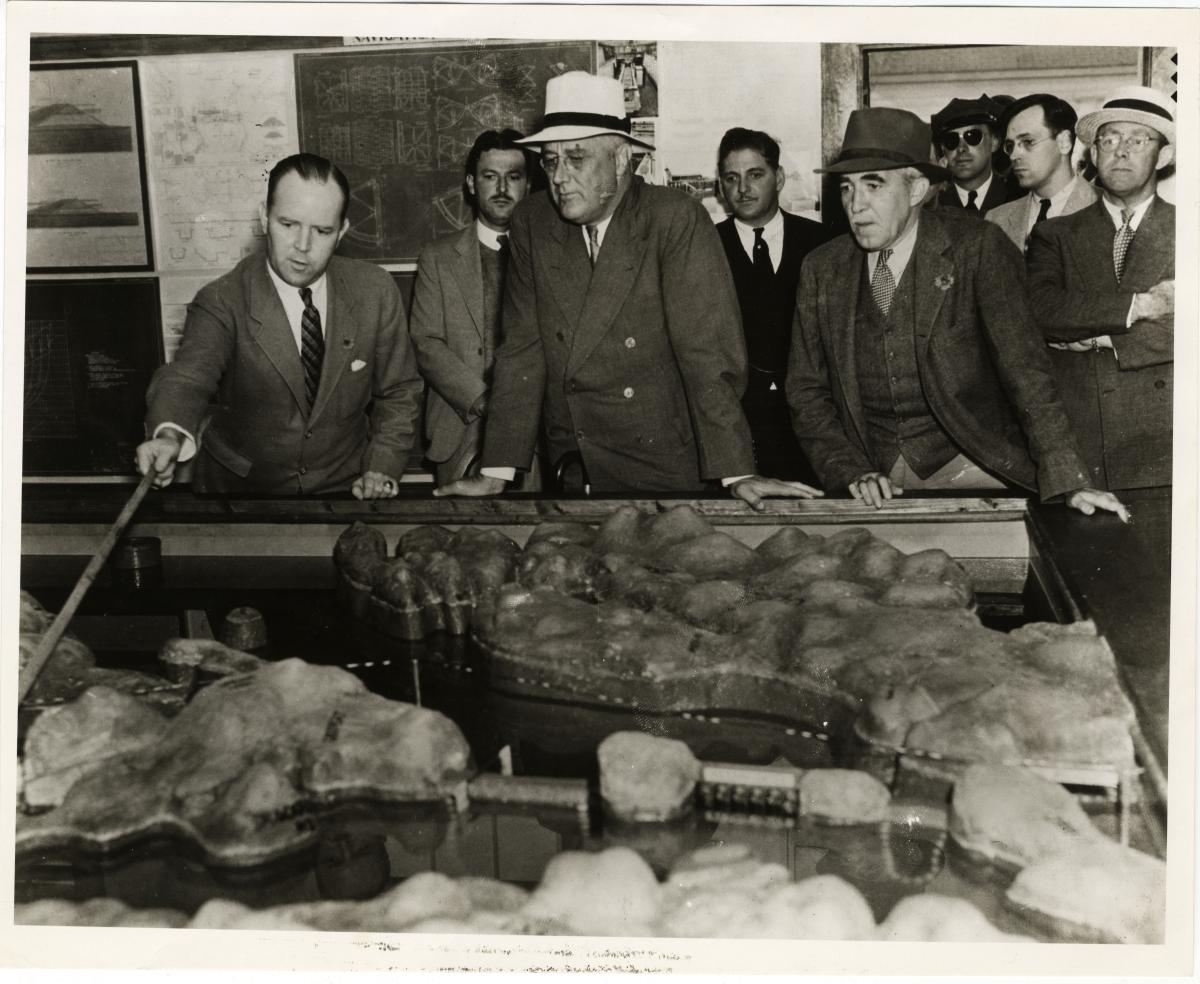 During the Great Depression, President Franklin D. Roosevelt authorized funding for this project, aimed at harnessing the power of ocean tides to generate electricity. 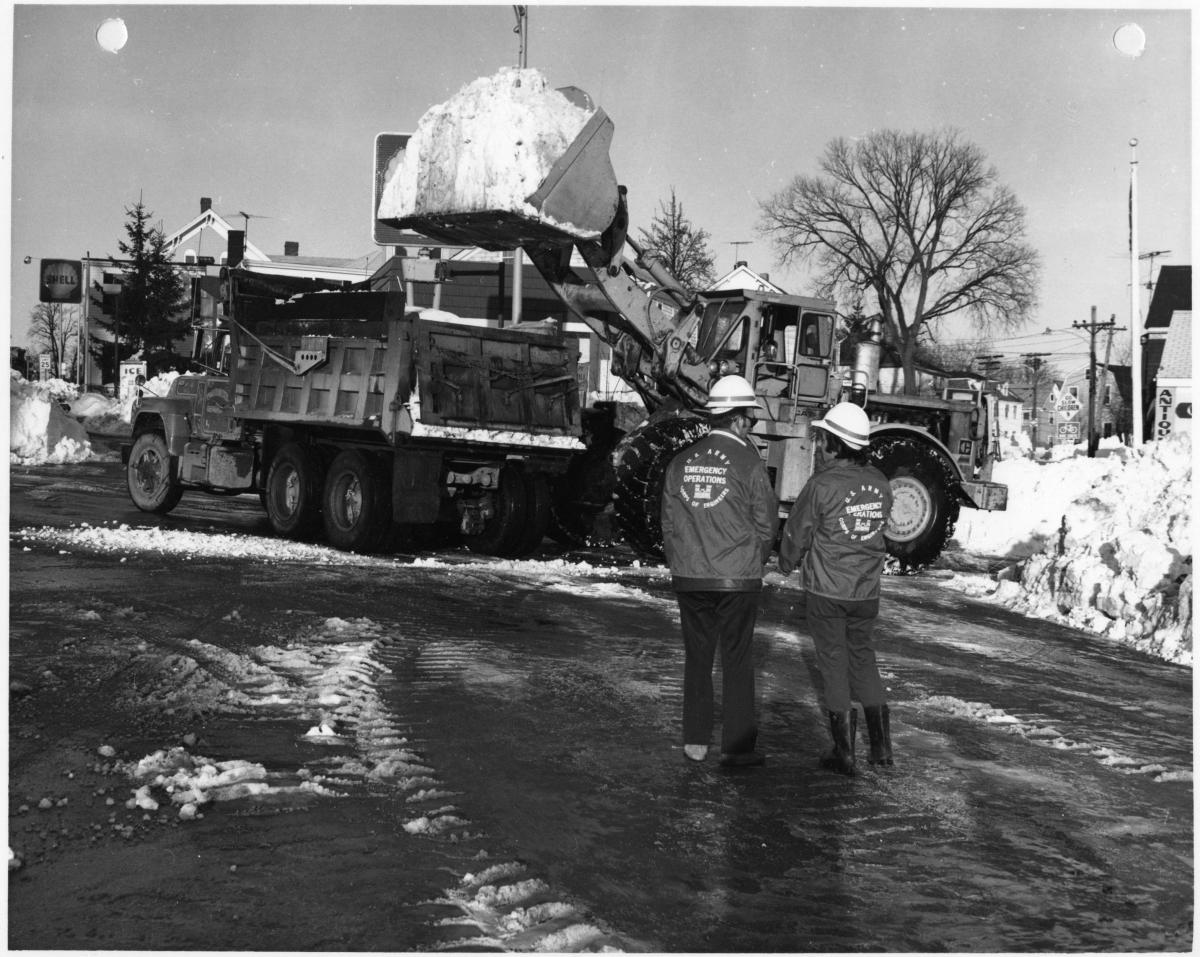 In a region where severe weather is an annual rite of winter, many New Englanders recall this storm as the most memorable and destructive in living memory. 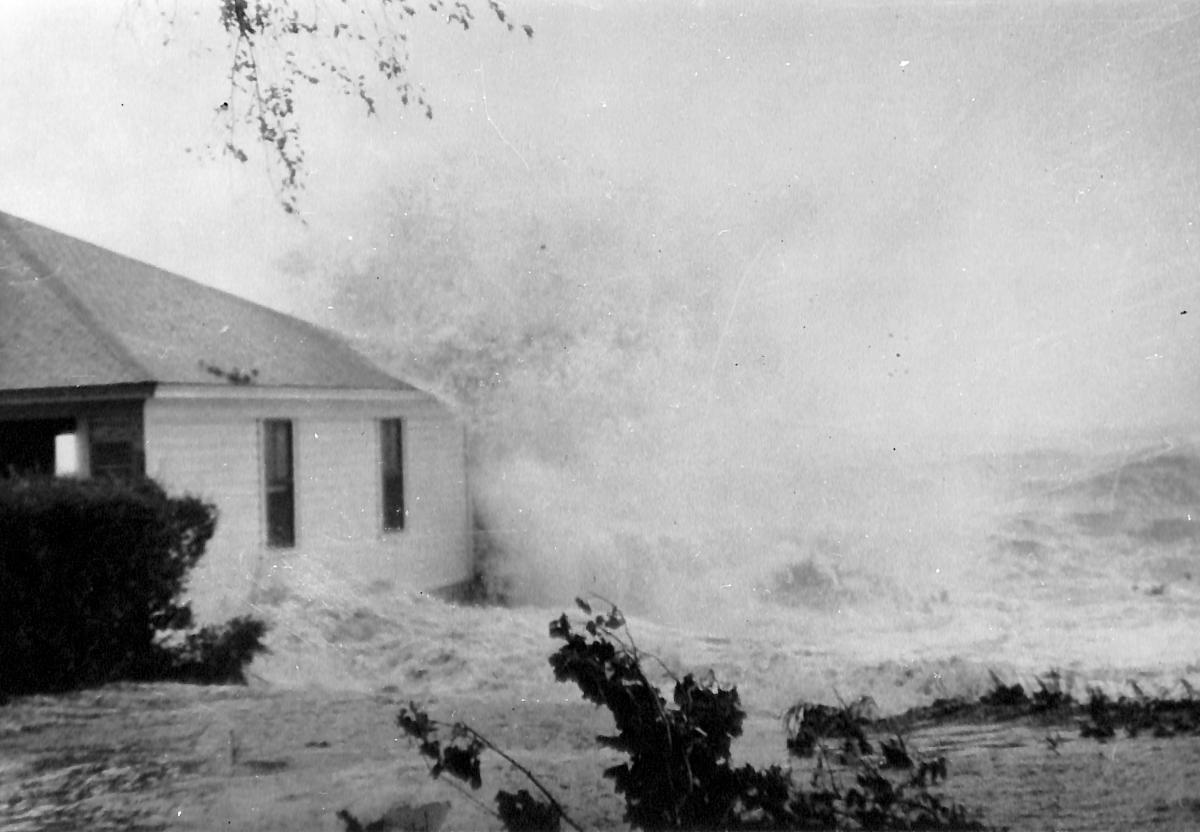 On September 21, 1938, one of the most destructive storms ever to strike Long Island and New England made landfall with little warning. 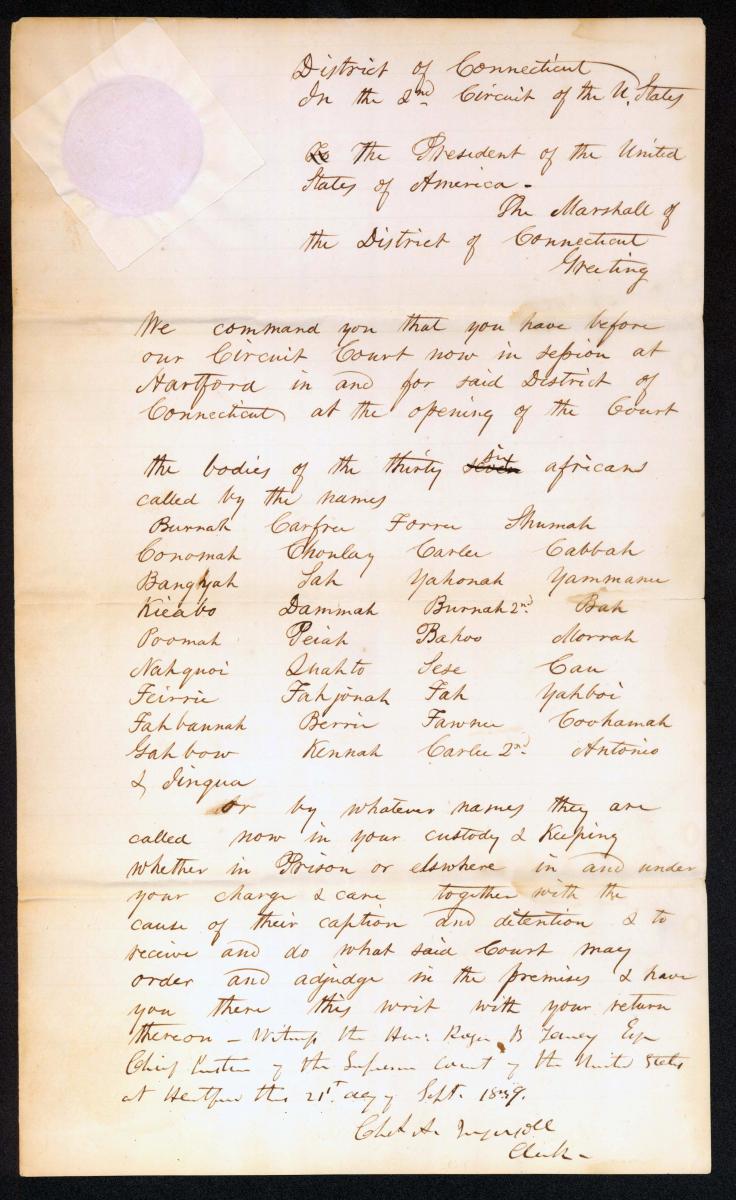 Trial of a Century: La Amistad

Federal court records provide context and detail to one of the most important slavery-related cases in U.S. history. 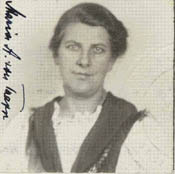 Federal immigration and naturalization records provide a glimpse into the experience of the von Trapp family, whose escape from Nazi-annexed Austria was famously depicted in the 1965 Academy Award-winning film, The Sound of Music. On May 26, 1948, Maria von Trapp and her stepdaughters became naturalized U.S. citizens in the U.S. District Court at Burlington, Vermont.

Other Exhibits by the National Archives at Boston 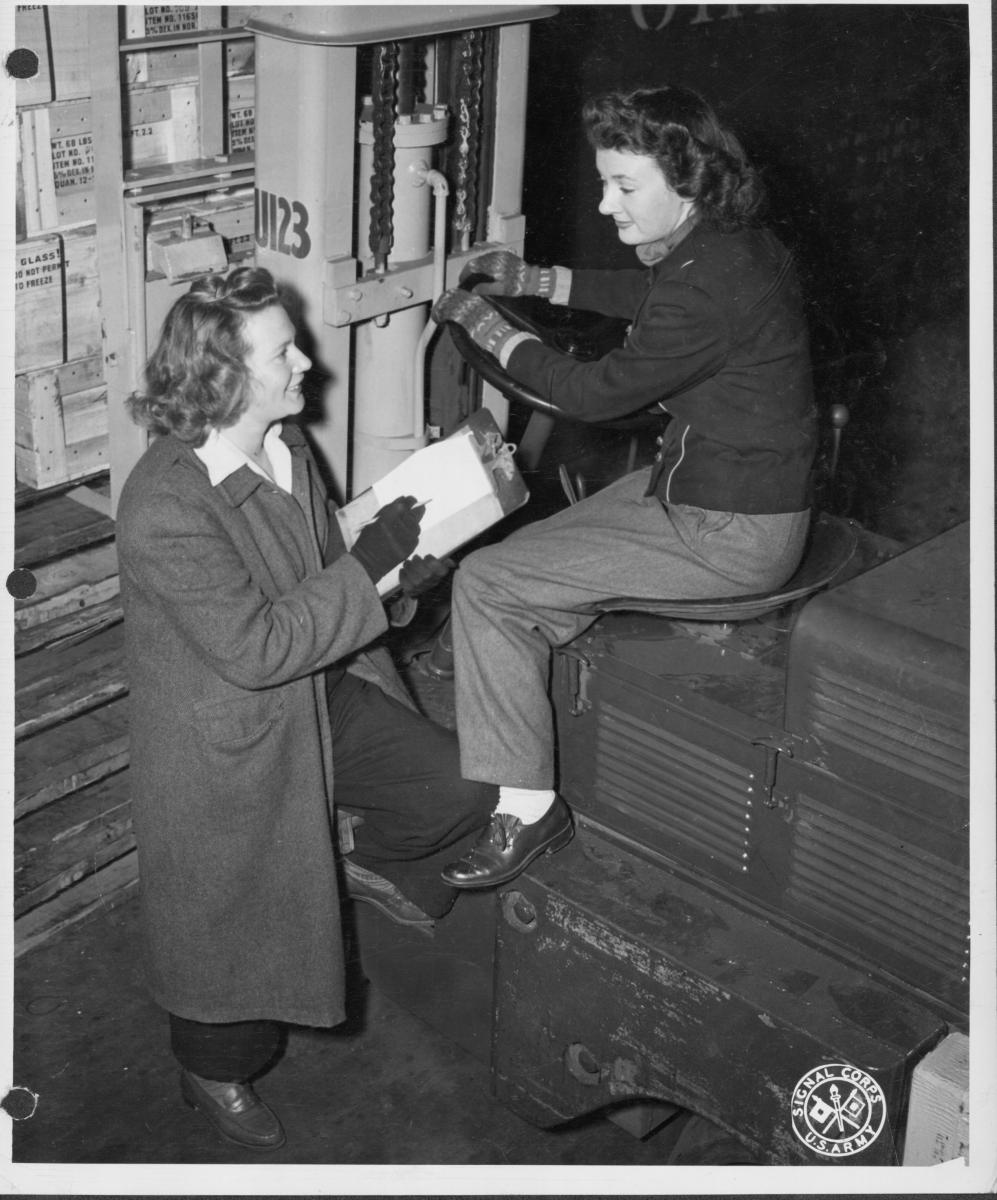 America on the Homefront 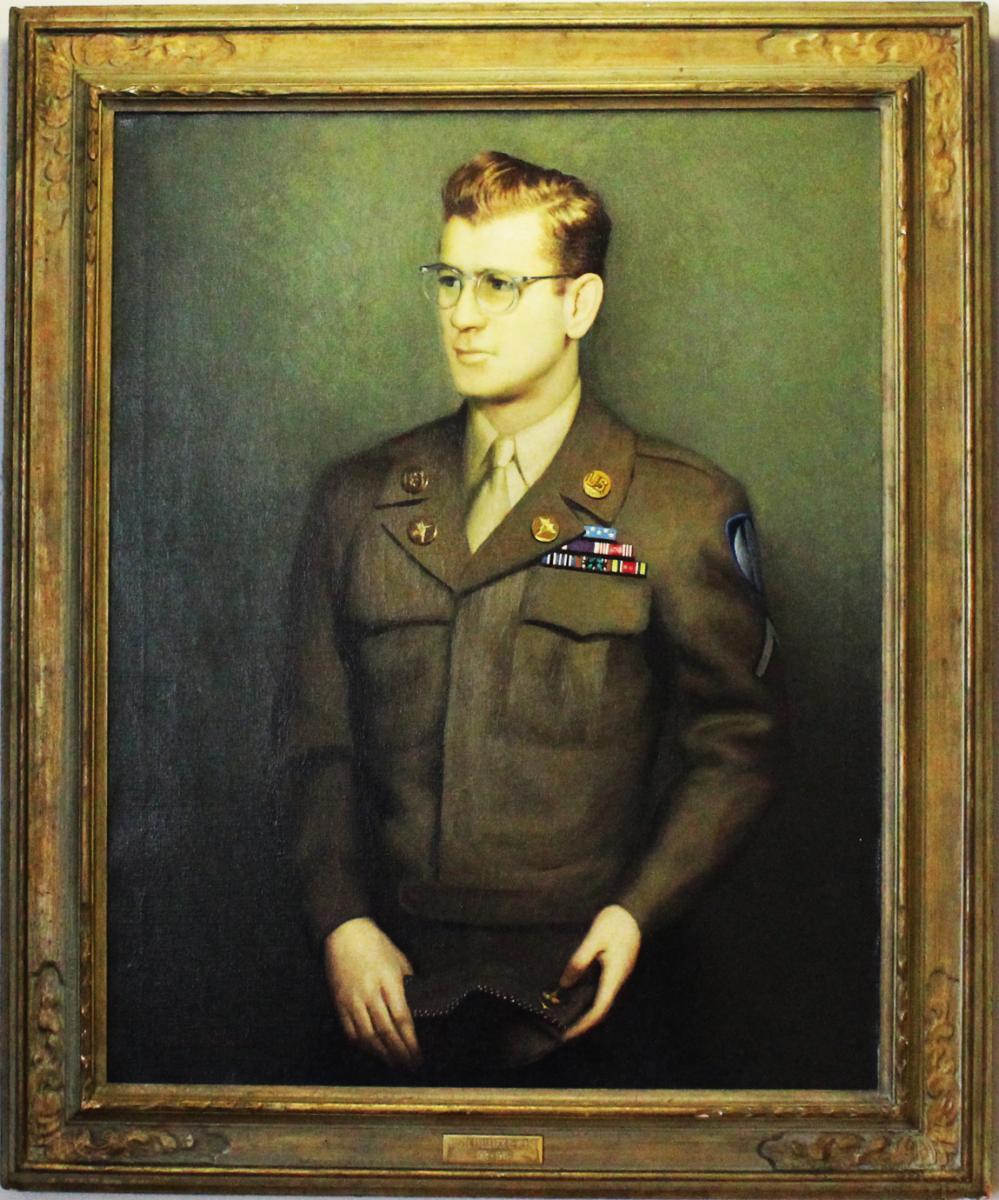 Frederick Coleman Murphy served his country as a medic during World War II. He was killed in action in Germany in 1945 and was posthumously awarded the Medal of Honor. The National Archives facility in Waltham, MA, is named the Frederick C. Murphy Federal Center to honor Murphy’s service, heroism, and sacrifice. 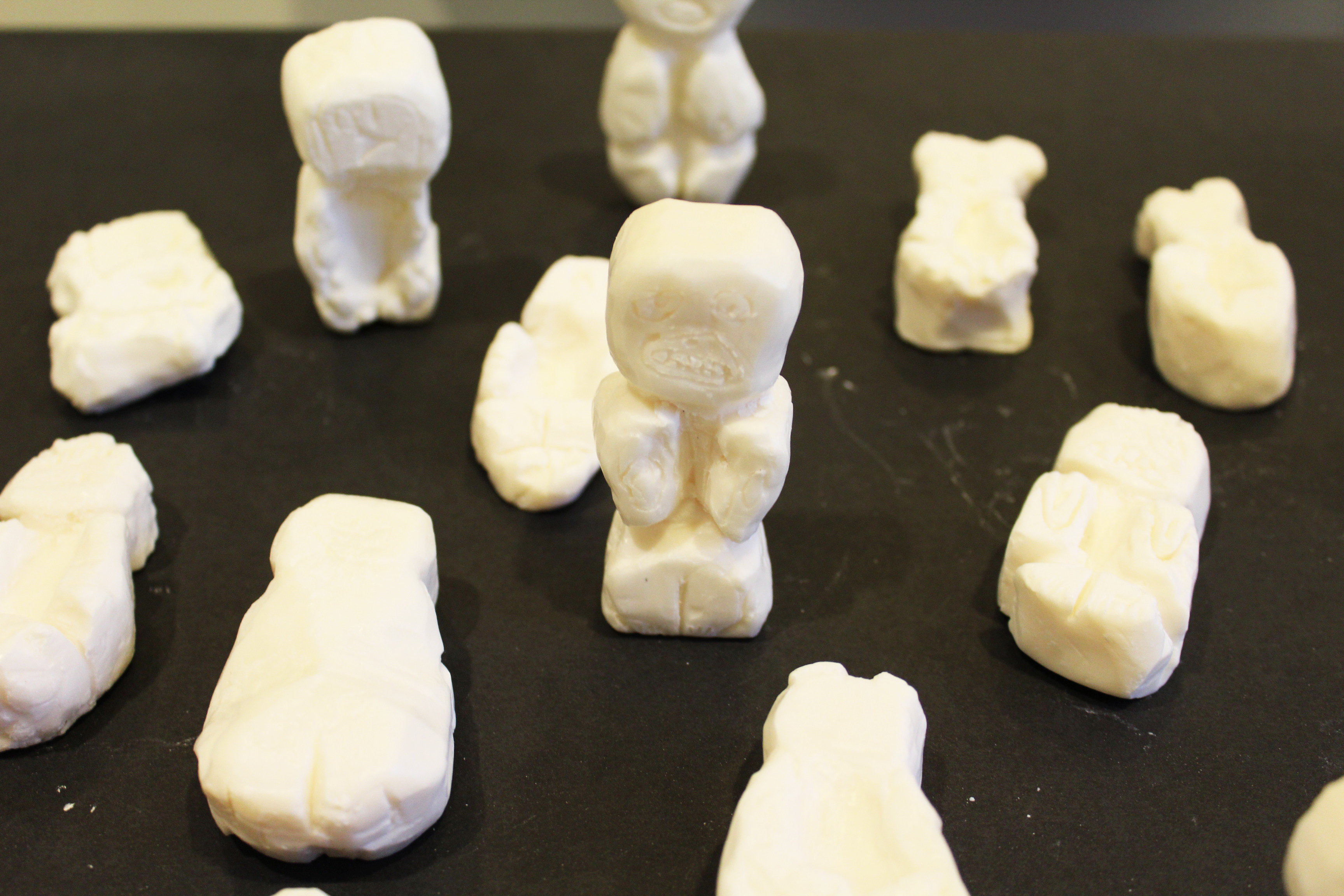 We are pleased to be able to showcase the artwork of students at Our Lady's Academy, our neighbors just down Trapelo Road from the National Archives at Boston.

The students, in grades 2 through 6, learned about Northwest Coast Art, a style of art created by artists from Tlingit, Haida, Heilstuk, Nuxalk, Tsimshian, Kwakwaka'wakw, Nuu-chah-nulth and other First Nations and Native American tribes of the Northwest Coast of North America, dating back before the pre-colonial era.  Second and third graders created two-dimensional cuts, while students in the older grades tried their hands at making totem pole bear carvings, all from bars of soap! (a safer alternative to wood, the medium common to this art form)

While honing their skills on the use of hand tools, the students learned about the art and culture of the Northwestern coastal area of North America, including the significance of animals depicted in the art and their relation to the spiritual universe.

This exhibit will be on display in our lobby through November 16.

View Selected Records of the National Archives at Boston at Our Partner Sites:

We are proud to partner with Digital Commonwealth, a non-profit collaborative organization that provides resources and services to support the creation, management, and dissemination of cultural heritage materials held by Massachusetts libraries, museums, historical societies, and archives.  Collections on our Digital Commonwealth page currently include:

Photographs of the First Naval District

The Internet Archive is a digital library of Internet sites and digitized cultural artifacts that seeks seeks to provide "Universal Access to All Knowledge."  Records on our Internet Archive page currently include selected U.S. federal court copyright and patent litigation case files.

Maine Memory Network is a website of the Maine Historical Society and serves as a centralized database of Maine-related historical items contributed by participating institutions.