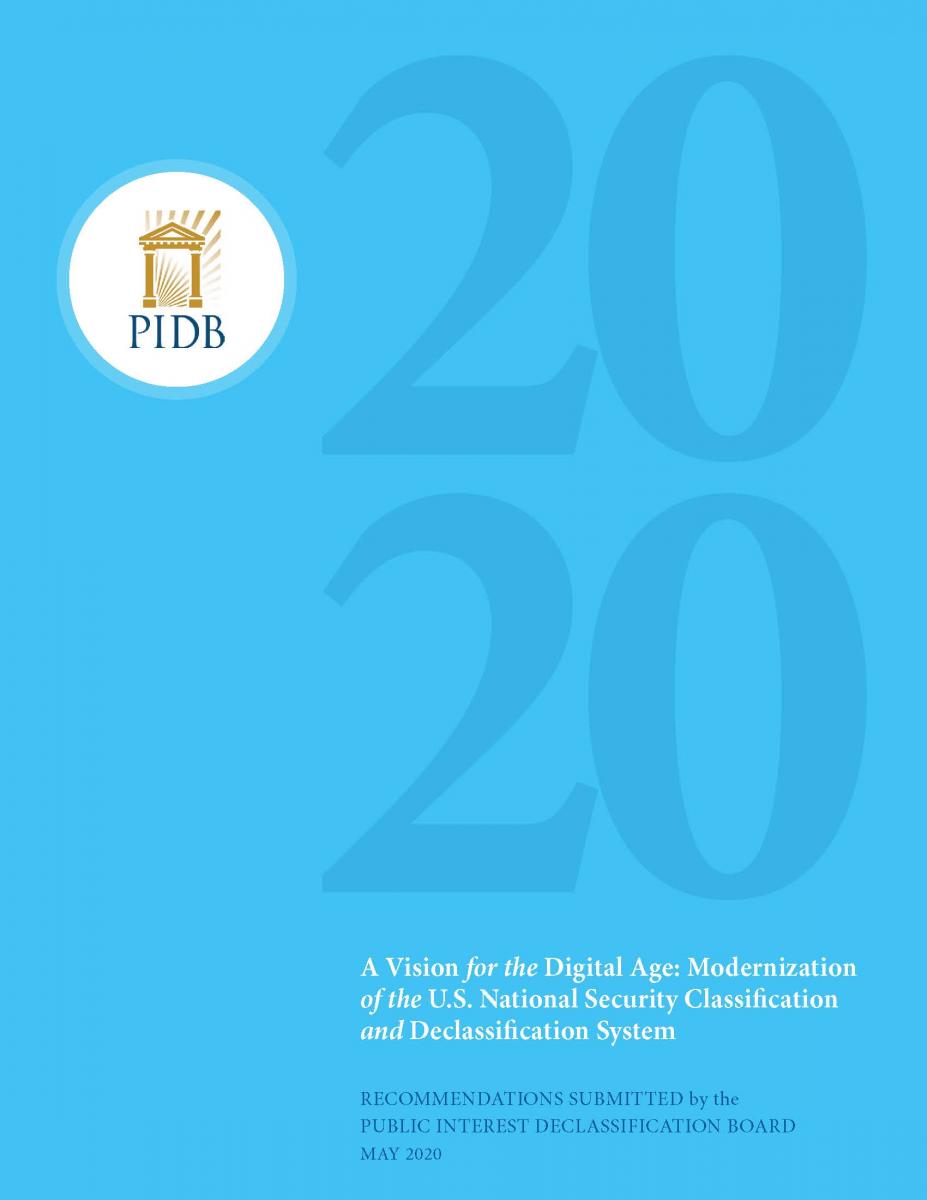 In May 2020, the PIDB published recommendations to support the vision for a uniform, integrated, and modernized security classi­fication system that appro­priately defends national security interests instills confidence in the Ameri­can people and maintains sustainability in the digital environment. 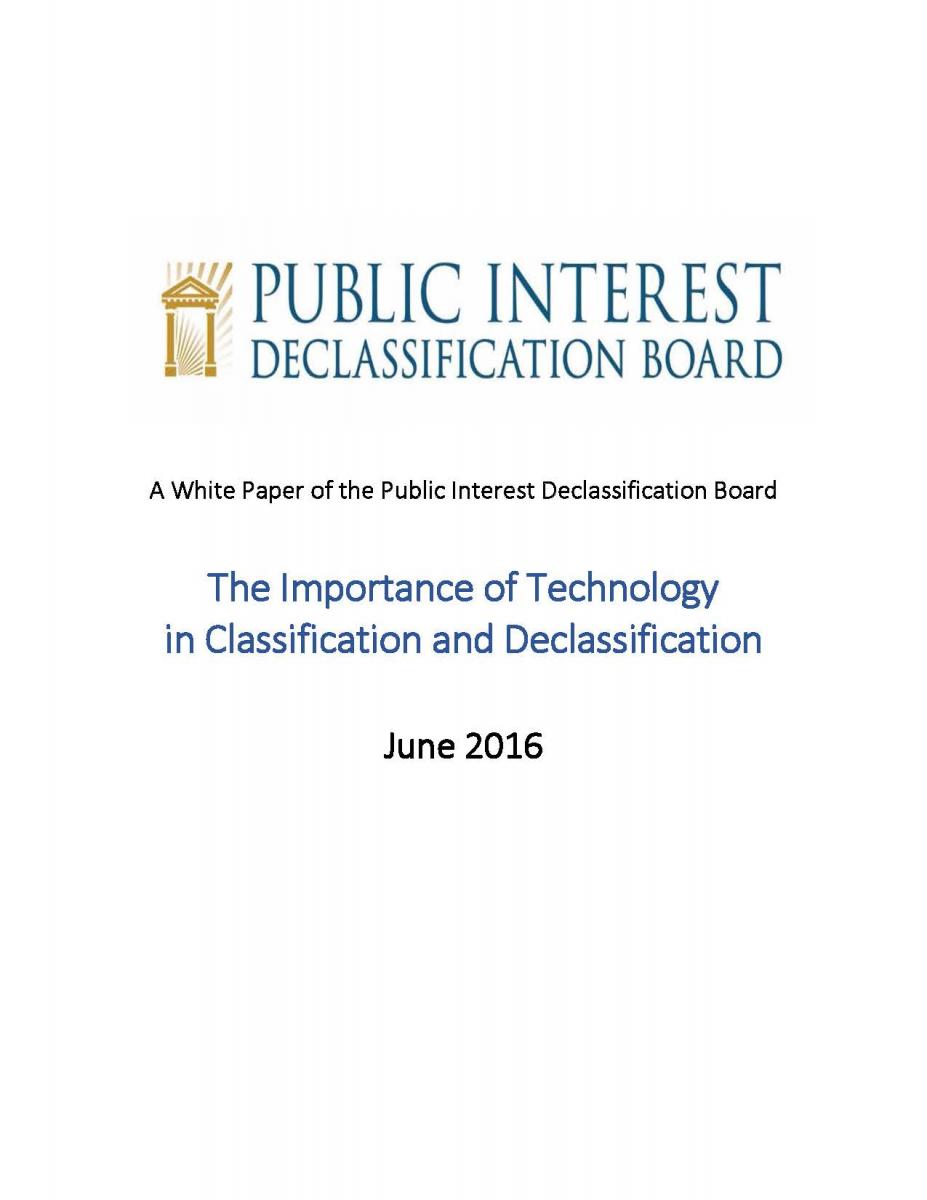 In June 2016, the PIDB published observations and lessons learned from the in-depth study of agency declassification technology initiatives conducted by the PIDB Declassification Technology Working Group, an informal body with the support of CIOs, and represented by technologists from 14 Executive Branch agencies.

In 2014, the PIDB published a supplemental report, Setting Priorities: An Essential Step in Transforming Declassification.  The supplemental report focused on topic-based declassification prioritization.  The PIDB makes the case for the government to adopt a centralized approach to topic-based prioritization and recommends specific policy and process changes aimed at improving access to historically significant records most sought-after by the public.

In 2012, the PIDB published its Report to the President on Transforming the Security Classification System.  The report provided 14 key recommendations to reform the classification system so that it is more effective in the digital age.  The recommendations centered on the need for new policies for classifying information, new processes for declassifying information, and the imperative for using and integrating technology into these processes.

The Forum solicited discussion from the public on these topics, resulting in over 80 ​comments and suggestions for improvements to the security classification system.  These comments helped shape many of the recommendations made by the PIDB in its 2012 Report to the President, Transforming the Security Classification System.

The PIDB invited the public to submit its own white papers and received the following submissions:

The success of the forum led to the PIDB continuing its use of the Transforming Classification blog as a vehicle to solicit public comment about its study.  In November 2011, the PIDB began the process of soliciting topics for prioritization in declassification via its blog.  Over 150 topics helped inform the recommendations the PIDB made in its 2014 supplemental report, Setting Priorities: An Essential Step in Transforming Declassification.

The PIDB continues to use the blog as a means to engage with the public and solicit new ideas on transformation. ​

This letter thanks the Public Interest Declassification Board (PIDB) for their work in soliciting public comment for the review of Executive Order 12958, as amended.

The letter and summary represent the efforts of the PIDB to satisfy the June 2, 2009 request of the National Security Advisor. The letter highlights four key themes that the Board saw in the public comments at the July 8, 2009 meeting and the Declassification Policy Forum. The summary of public comments is meant to capture not only what the public stated, but also the diversity of views.

The Forum had a very productive discussion and received more than 150 thoughtful comments from members of the public. The Public Interest Declassification Board has sent a letter and a summary of the comments to the National Security Advisor.

On January 2, 2008, the PIDB published its Report to the President on Improving Declassification.  This report highlights 15 issues in the declassification system and the corresponding recommendations from the PIDB.