By the turn of the 20th century, temperance societies were prevalent in the United States. Concerned citizens had begun warning others about the effects of alcohol nearly 100 years earlier. In 1826 the American Temperance Society was founded to convince people to abstain from drinking. Not long after, the Women's Christian Temperance Union pledged not only to ban alcohol and drugs, but to improve public morals. The anti-Saloon League was formed in 1893 and eventually became a powerful political force in passing a national ban on alcoholic beverages.

Women were strongly behind the temperance movement, for alcohol was seen as the destroyer of families and marriages. Men would often spend their money on alcohol, leaving women with no money to provide for their children. Factory owners also supported temperance as well because of the new work habits that were required of industrial workers - early mornings and long nights.

Progressive reformers also took to Prohibition for they saw it as a continuation of their efforts to improve society in general. Temperance societies and Progressives alike saw the need for more governmental control and involvement in citizens' lives. They were successful in passing several laws at the local level. Between 1905 and 1917, states across the nation were imposing laws that prohibited the manufacture and sale of intoxicating beverages.

They did not stop there, however. The temperance societies began to push to change American society and elevate morality through national legislation. In 1917, the House of Representatives wanted to make Prohibition the 18th Amendment to the Constitution. Congress sent the amendment to the states for ratification, where it needed three-fourths approval. The amendment stipulated a time limit of seven years for the states to pass this amendment. In just 13 months enough states said yes to the amendment that would prohibit the manufacture, sale, and transportation of alcoholic liquors.

The amendment worked at first: liquor consumption dropped, arrests for drunkenness fell, and the price for illegal alcohol rose higher than the average worker could afford. Alcohol consumption dropped by 30 percent and the United States Brewers' Association admitted that the consumption of hard liquor was off 50 percent during Prohibition.

These statistics however, do not reflect the growing disobedience toward the law and law enforcement. The intensity of the temperance advocates was matched only by the inventiveness of those who wanted to keep drinking. Enforcing Prohibition proved to be extremely difficult. The illegal production and distribution of liquor, or bootlegging, became rampant, and the national government did not have the means or desire to try to enforce every border, lake, river, and speakeasy in America. In fact, by 1925 in New York City alone there were anywhere from 30,000 to 100,000 speakeasy clubs.

The demand for alcohol was outweighing (and out-winning) the demand for sobriety. People found clever ways to evade Prohibition agents. They carried hip flasks, hollowed canes, false books, and the like. Neither federal nor local authorities would commit the resources necessary to enforce the Volstead Act. For example, the state of Maryland refused to pass any enforcement issue. Prohibition made life in America more violent, with open rebellion against the law and organized crime.

In this lesson, students will be historians examining the documents listed above, trying to find out why "the great social and economic experiment, noble in motive and far reaching in purpose" as Herbert Hoover called it, did not work. Students should try to identify the changing values and cultural pressures at the beginning of the 20th century. How are these similar to and different from those we are experiencing at the advent of the 21st century? What can we learn from Prohibition? How can we compare it to our own war on drugs? What cultural movements are happening today that relate to this time in American history? Use these questions and others to guide your students through their research on this "experiment."

Links go to DocsTeach, our online tool for teaching with documents.

This article was written by Kerry C. Kelly, a teacher at Hunterdon Central Regional High School in Flemington, NJ. 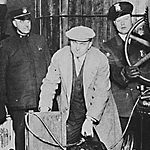