The District of Columbia Emancipation Act 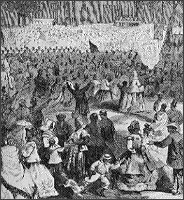 Celebration of the Abolition of Slavery in the District of Columbia for Colored People in Washington, April 19, 1866 Wood Engraving from a sketch by F. Dielman in Frank Leslie s Illustrated Newspaper.

On April 16, 1862, President Abraham Lincoln signed a bill ending slavery in the District of Columbia. Passage of this law came 8 1/2 months before President Lincoln issued his Emancipation Proclamation. The act brought to a conclusion decades of agitation aimed at ending what antislavery advocates called "the national shame" of slavery in the nation's capital. It provided for immediate emancipation, compensation to former owners who were loyal to the Union of up to $300 for each freed slave, voluntary colonization of former slaves to locations outside the United States, and payments of up to $100 for each person choosing emigration. Over the next 9 months, the Board of Commissioners appointed to administer the act approved 930 petitions, completely or in part, from former owners for the freedom of 2,989 former slaves.

Although its combination of emancipation, compensation to owners, and colonization did not serve as a model for the future, the District of Columbia Emancipation Act was an early signal of slavery's death. In the District itself, African Americans greeted emancipation with great jubilation. For many years afterward, they celebrated Emancipation Day on April 16 with parades and festivals. 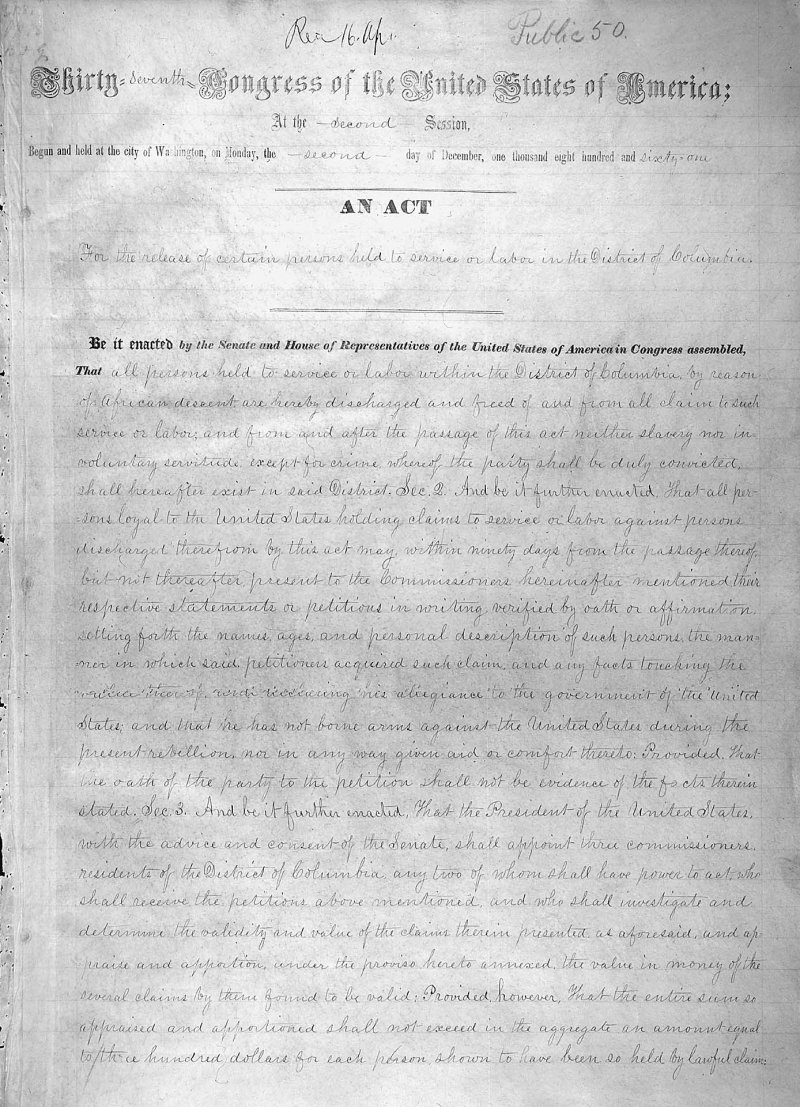 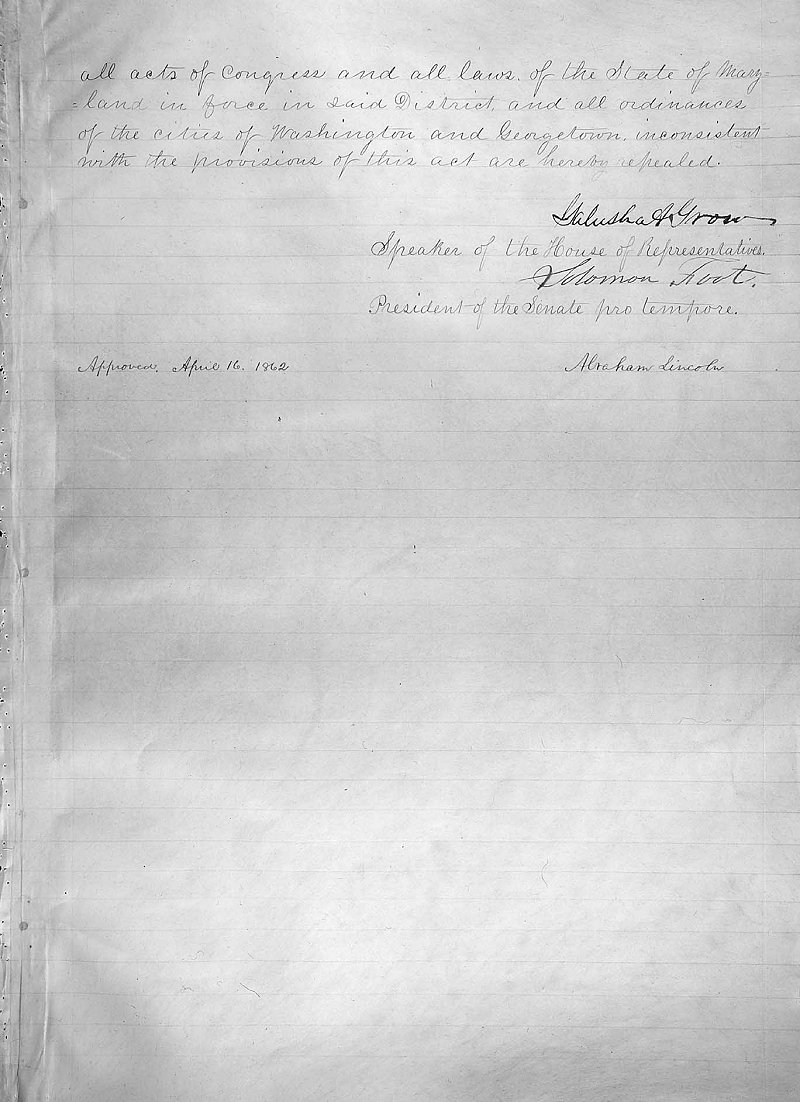