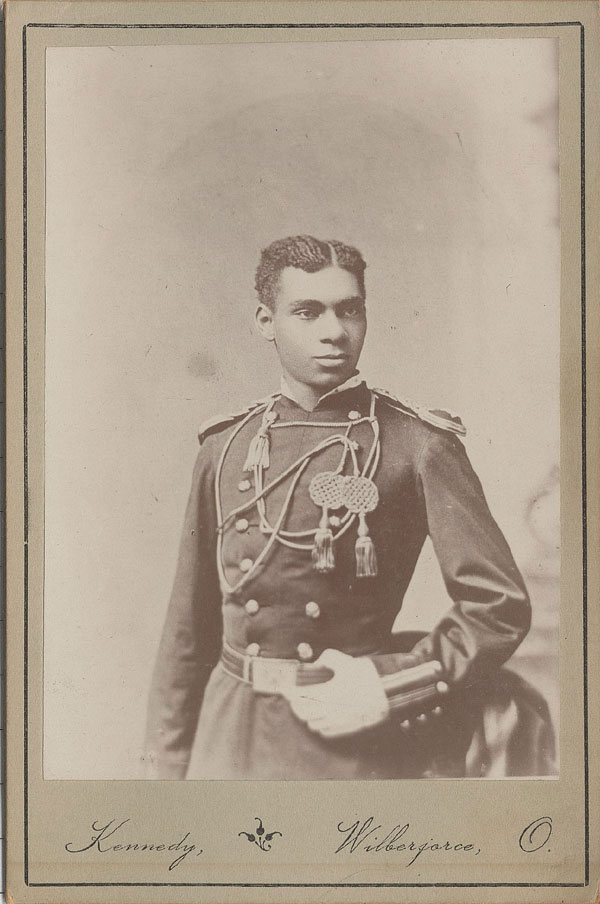 Born into slavery in Thomasville, Georgia, on March 21, 1856, Henry Ossian Flipper was appointed to the U.S. Military Academy at West Point, New York, in 1873. Over the next four years he overcame harassment, isolation, and insults to become West Point's first African American graduate and the first African American commissioned officer in the regular U.S. Army. Flipper was stationed first at Fort Sill, Oklahoma, later served at Forts Elliott, Quitman, and Davis, Texas. He served as a signal officer and quartermaster, fought Apaches, installed telegraph lines, and supervised the building of roads. At Fort Sill, the young lieutenant directed the construction of a drainage system that helped prevent the spread of malaria. Still known as "Flipper's Ditch," the ditch is commemorated by a bronze marker at Fort Sill and the fort is listed as a National Historic Landmark.

In 1881, while serving at Fort Davis, Flipper's commanding officer accused him of embezzling $3,791.77 from commissary funds. A court-martial found him not guilty of embezzlement but convicted him of conduct unbecoming an officer and ordered him dismissed from the Army.

After his dishonorable discharge, Flipper fought to clear his name as he pursued a career as an engineer and an expert on Spanish and Mexican land law. In 1898, a bill reinstating him into the Army and restoring his rank was introduced in Congress on his behalf. To bolster his case, he sent Congressman John A. T. Hull, chairman of the House Committee on Military Affairs, the letter displayed below along with a brief supporting the bill's passage. Flipper's letter to Hull is an eloquent statement asking Congress for "that justice which every American citizen has the right to ask." The bill and several later ones were tabled, and Flipper died in 1940 without vindication, but in 1976, the Army granted him an honorable discharge, and in 1999, President Bill Clinton issued him a full pardon.

The National Archives and Records Administration is pleased to present these documents from the career of a man who served his country with honor and fought injustice tenaciously. 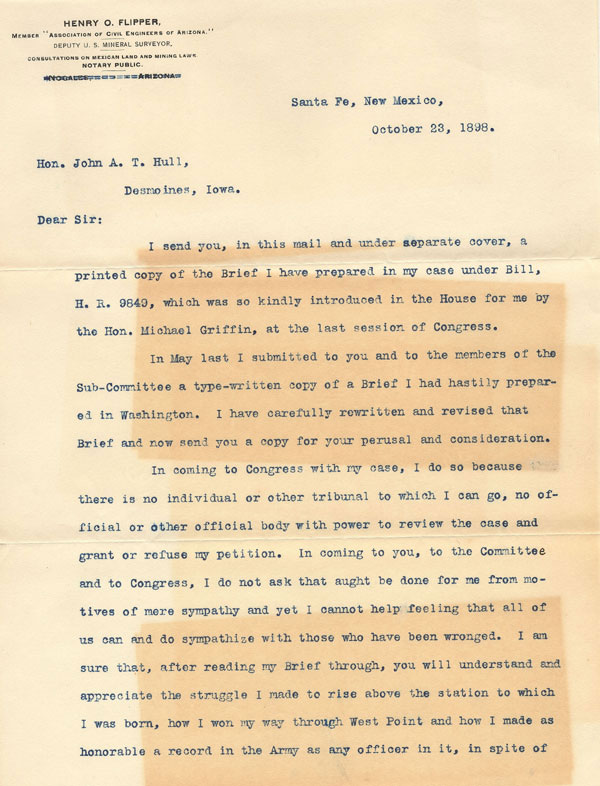 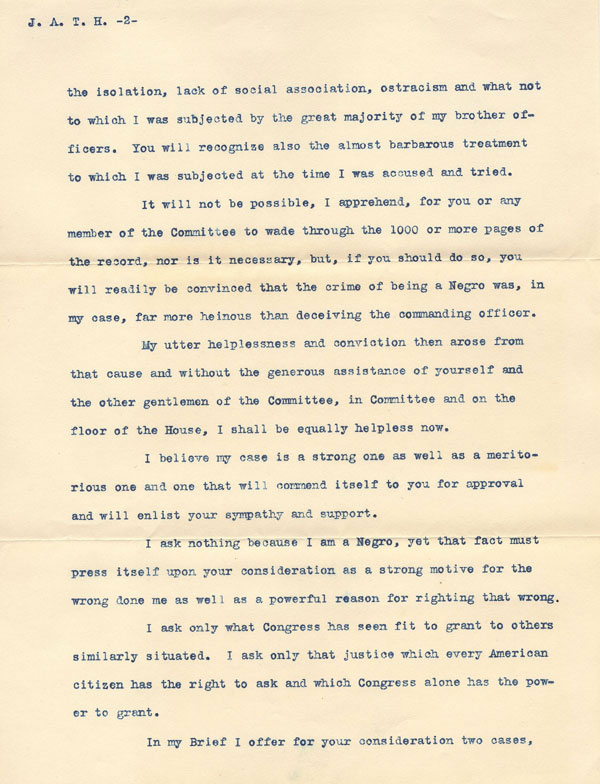 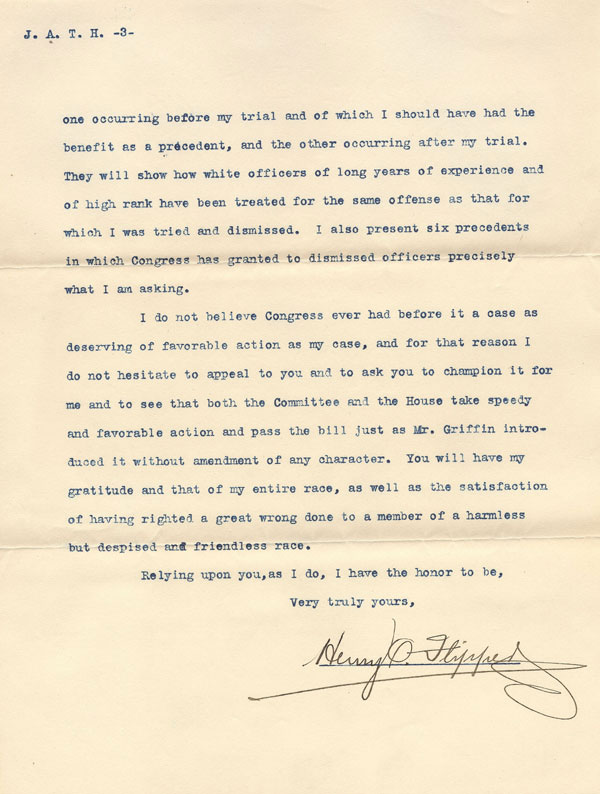 Center for Legislative Archives,
Records of the
U.S. House of Representatives
National Archives and Records Administration

Reproduced with the permission of the U.S. House of Representatives