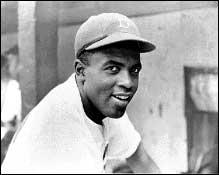 Jack Roosevelt Robinson broke the color barrier in major league baseball; on April 10, 1947, Branch Rickey, president of the Brooklyn Dodgers, announced that Robinson had signed with his team. As the first African American to play in the major leagues in the 20th century, Jackie Robinson became the target of vicious racial abuse. Recalling his first season with the Brooklyn Dodgers in his autobiography, Robinson described how he played the best baseball he could as torrents of abuse were heaped upon him, and the entire nation focused its attention on his game. Having established a "reputation as a black man who never tolerated affronts to his dignity," he now found it in himself to resist the urge to strike back. In the ballpark, he answered the people he called "haters" with the perfect eloquence of a base hit. In 1949, his best year, Robinson was named the league's Most Valuable Player, and in 1962 he was elected to the Baseball Hall of Fame. He retired from the major leagues in 1956.

Jackie Robinson continued to champion the cause of civil rights after he left baseball. Having captured the attention of the American public in the ballpark, he now delivered the message that racial integration in every facet of American society would enrich the nation, just as surely as it had enriched the sport of baseball. Every American President who held office between 1956 and 1972 received letters from Jackie Robinson expressing varying levels of rebuke for not going far enough to advance the cause of civil rights. Indifferent to party affiliation and unwilling to compromise, he measured a President's performance by his level of commitment to civil rights. Robinson's stand was firm and nonnegotiable. The letters reveal the passionate and, at times, combative spirit with which Robinson worked to remove the racial barriers in American society.

"Life is not a spectator sport. . . . If you're going to spend your whole life in the grandstand just watching what goes on, in my opinion you're escaping your life."

Letter from Jackie Robinson to President Dwight D. Eisenhower, May 13, 1958

Robinson responded to Presidential civil rights comments amid continuing controversy over school desegregation efforts in Little Rock, AR, and the South. In September 1957, Governor Orval Faubus had ordered the Arkansas National Guard to prevent entry of nine African American students into that city's Central High School. President Eisenhower reluctantly sent U.S. troops to enforce the school's integration. From his position as a prominent executive of the Chock Full o'Nuts Corporation, Robinson continued his advocacy of social justice. View in the National Archives Catalog. 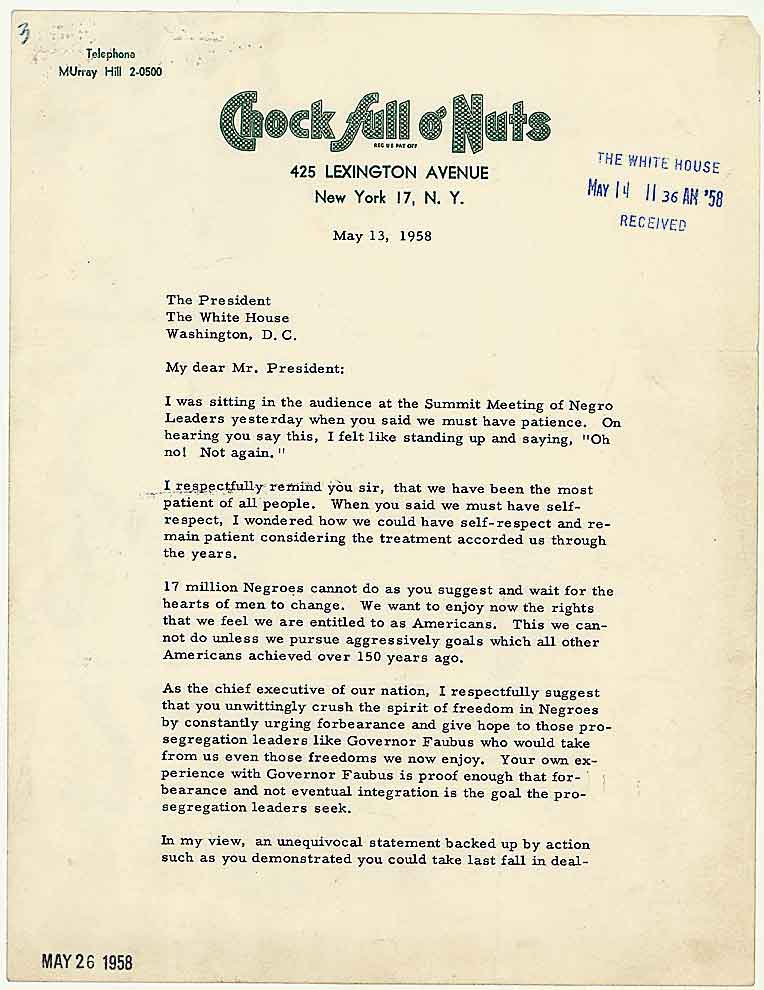 Letter from Jackie Robinson to President Eisenhower of May 13, 1958 Page 1. National Archives Identifier: 186627 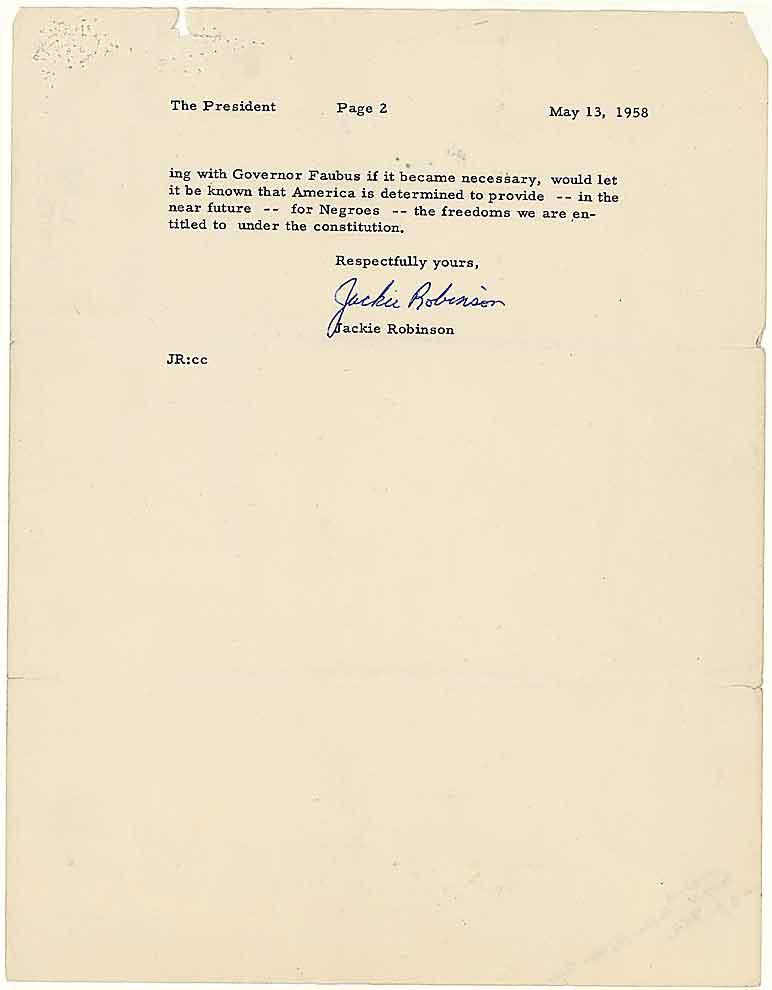 Letter from Jackie Robinson to President Eisenhower of May 13, 1958 Page 2. National Archives Identifier: 186627