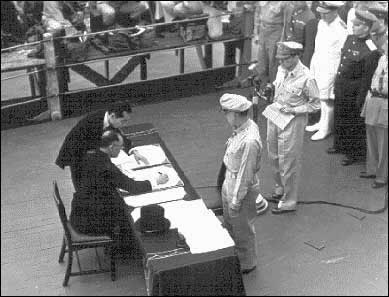 The Japanese envoys sign the Instrument of Surrender on board the U.S.S. Missouri. Record Group 80-G General Records of the U.S. Navy.

On September 2, 1945, the Japanese representatives signed the official Instrument of Surrender, prepared by the War Department and approved by President Truman. It set out in eight short paragraphs the complete capitulation of Japan. The opening words, "We, acting by command of and in behalf of the Emperor of Japan," signified the importance attached to the Emperor's role by the Americans who drafted the document. The short second paragraph went straight to the heart of the matter: "We hereby proclaim the unconditional surrender to the Allied Powers of the Japanese Imperial General Headquarters and of all Japanese armed forces and all armed forces under Japanese control wherever situated."

That morning, on the deck of the U.S.S. Missouri in Tokyo Bay, the Japanese envoys Foreign Minister Mamoru Shigemitsu and Gen. Yoshijiro Umezu signed their names on the Instrument of Surrender. The time was recorded as 4 minutes past 9 o'clock. Afterward, Gen. Douglas MacArthur, Commander in the Southwest Pacific and Supreme Commander for the Allied Powers, also signed. He accepted the Japanese surrender "for the United States, Republic of China, United Kingdom, and the Union of Soviet Socialist Republics, and in the interests of the other United Nations at war with Japan."

On September 6, Col. Bernard Thielen brought the surrender document and a second imperial rescript back to Washington, DC. The following day, Thielen presented the documents to President Truman in a formal White House ceremony. The documents were then exhibited at the National Archives after a dignified ceremony led by General Wainwright. Finally, on October 1, 1945, they were formally received (accessioned) into the holdings of the National Archives. 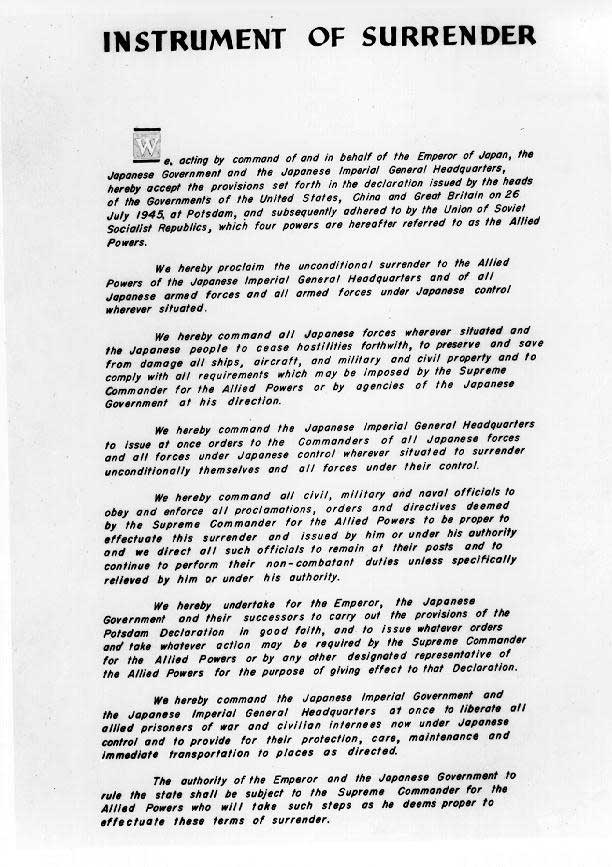 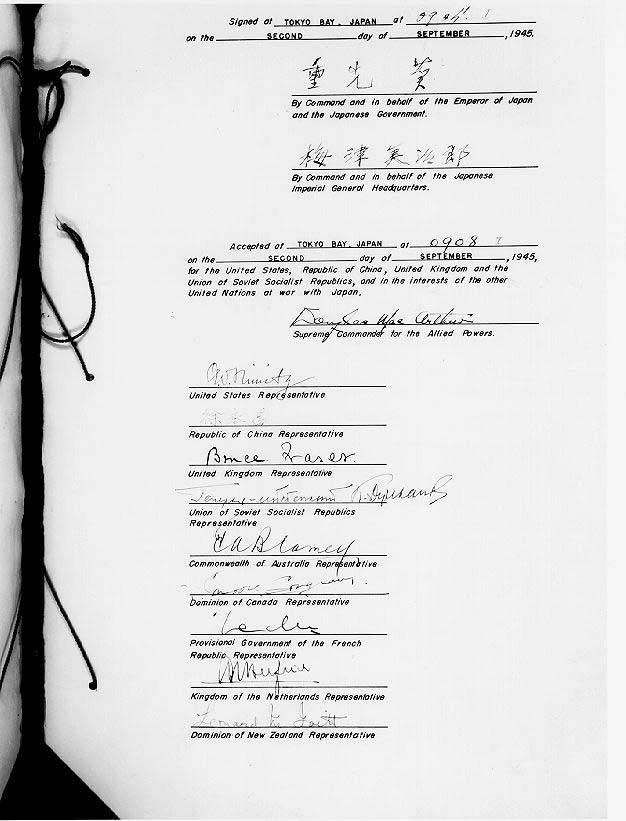