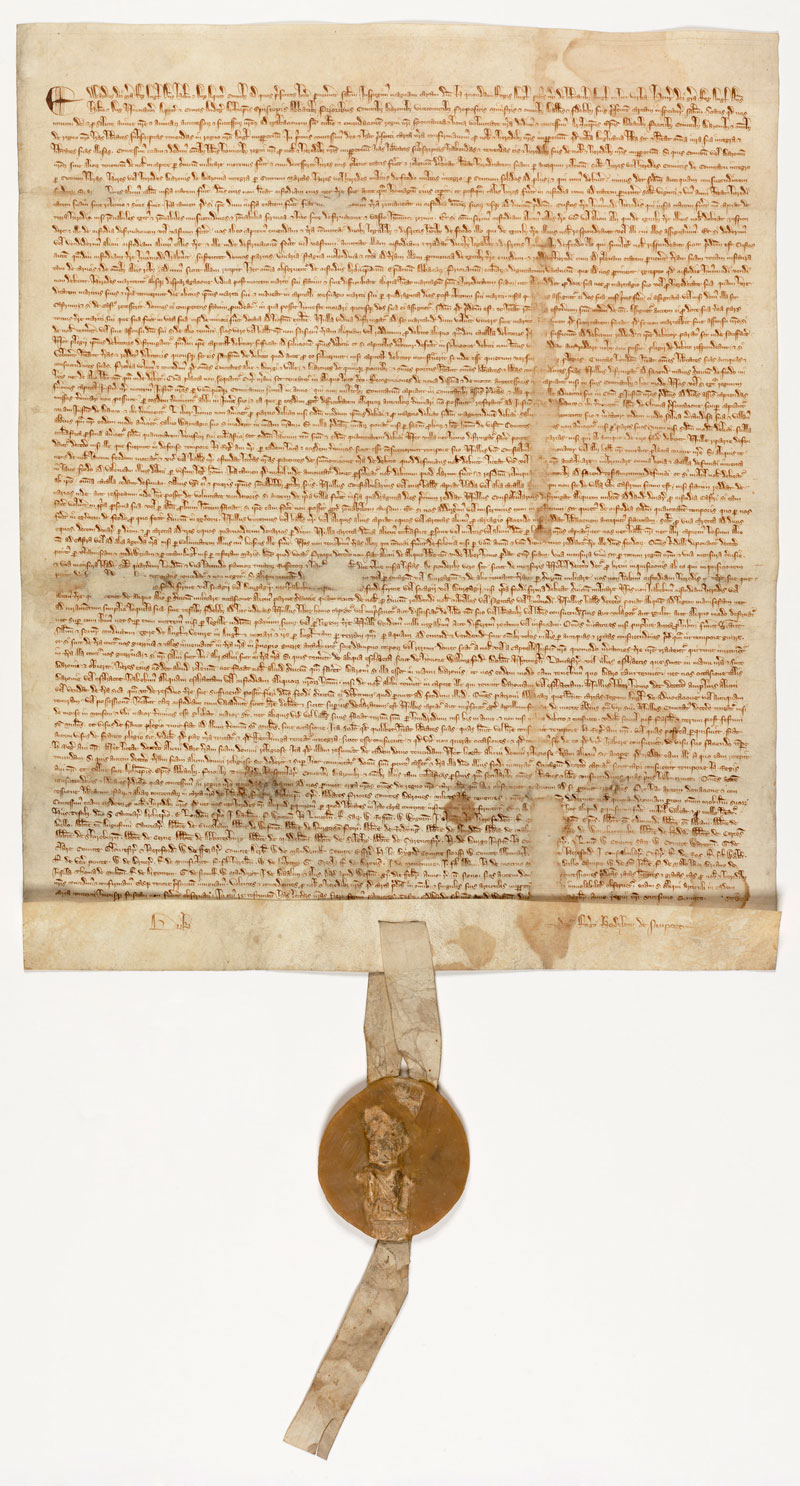 "The democratic aspiration is no mere recent phase in human history . . . It was written in Magna Carta."

On June 15, 1215, in a field at Runnymede, King John affixed his seal to Magna Carta. Confronted by 40 rebellious barons, he consented to their demands in order to avert civil war. Just 10 weeks later, Pope Innocent III nullified the agreement, and England plunged into internal war.

Although Magna Carta failed to resolve the conflict between King John and his barons, it was reissued several times after his death. On display at the National Archives, courtesy of David M. Rubenstein, is one of four surviving originals of the 1297 Magna Carta. This version was entered into the official Statute Rolls of England.

Magna Carta was written by a group of 13th-century barons to protect their rights and property against a tyrannical king. It is concerned with many practical matters and specific grievances relevant to the feudal system under which they lived. The interests of the common man were hardly apparent in the minds of the men who brokered the agreement. But there are two principles expressed in Magna Carta that resonate to this day:

"No freeman shall be taken, imprisoned, disseised, outlawed, banished, or in any way destroyed, nor will We proceed against or prosecute him, except by the lawful judgment of his peers or by the law of the land."

During the American Revolution, Magna Carta served to inspire and justify action in liberty’s defense. The colonists believed they were entitled to the same rights as Englishmen, rights guaranteed in Magna Carta. They embedded those rights into the laws of their states and later into the Constitution and Bill of Rights.

The Fifth Amendment to the Constitution ("no person shall . . . be deprived of life, liberty, or property, without due process of law.") is a direct descendent of Magna Carta's guarantee of proceedings according to the "law of the land."