Constitution of the United States (1787) 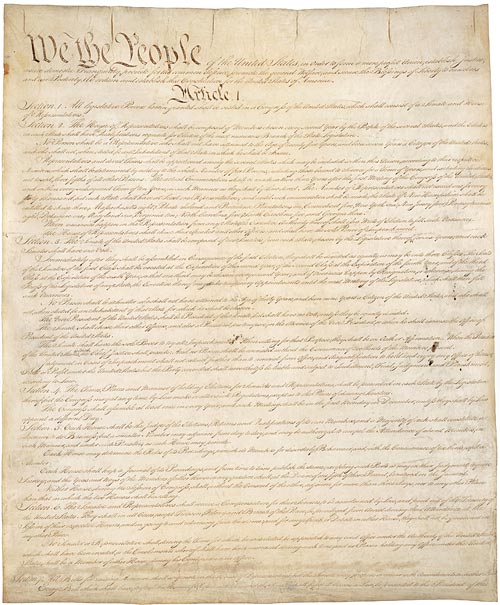 Drafted in secret by delegates to the Constitutional Convention during the summer of 1787, this four-page document, signed on September 17, 1787, established the government of the United States.

The Federal Convention convened in the State House (Independence Hall) in Philadelphia on May 14, 1787, to revise the Articles of Confederation. Because the delegations from only two states were at first present, the members adjourned from day to day until a quorum of seven states was obtained on May 25.

Through discussion and debate it became clear by mid-June that, rather than amend the existing Articles, the Convention would draft an entirely new frame of government. All through the summer, in closed sessions, the delegates debated, and redrafted the articles of the new Constitution.

Among the chief points at issue were how much power to allow the central government, how many representatives in Congress to allow each state, and how these representatives should be elected—directly by the people or by the state legislators. The work of many minds, the Constitution stands as a model of cooperative statesmanship and the art of compromise. 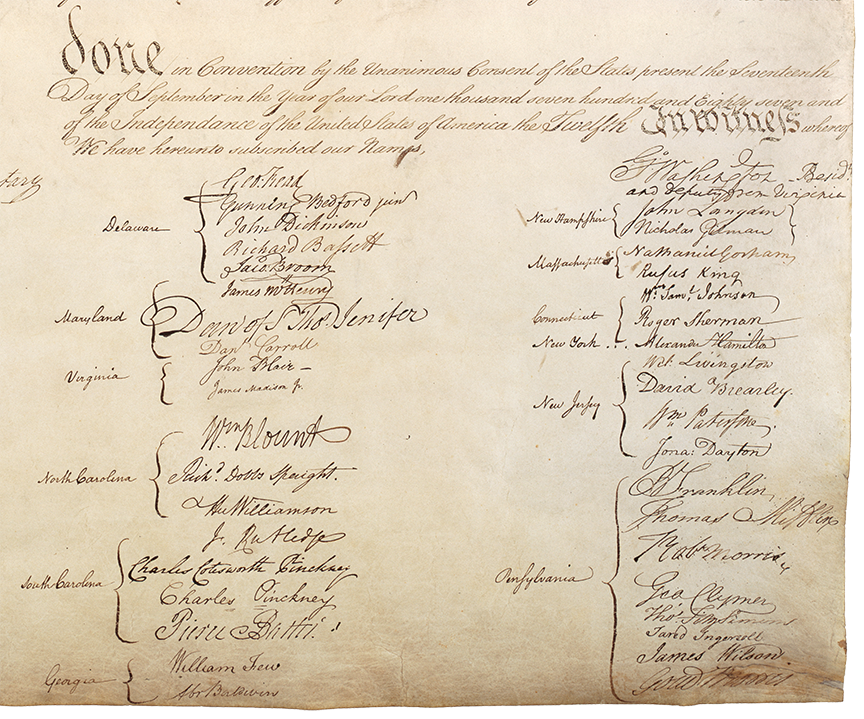 The National Archives is the permanent home of the United States Constitution. Learn more about what the document says, its meaning, and how it was created on our main Constitution page. Access an interactive transcription. You can even add your name to the Constitution on our Join the Signers page!

Our DocsTeach Constitution page includes more primary sources related to the Constitution and the "big ideas" it contains, as well as document-based learning activities.