‘19: The Musical’ Tells the Story of Woman Suffrage

WASHINGTON, September 20, 2019 — The National Archives hosted an advance performance of 19: The Musical in the William G. McGowan Theater on September 18. The musical explores the suffragist movement through the lens of Alice Paul, Carrie Chapman Catt, Ida B. Wells, Inez Milholland, Susan B. Anthony, and the countless other suffragists whose efforts led to the passing of the 19th Amendment to the U.S. Constitution 99 years ago. The cast performed a sampling of music, dance, and spoken word pieces from the two-act play, spanning from the grassroots suffrage campaigns of the mid-1800s through the ratification by the states of the 19th Amendment in 1920. 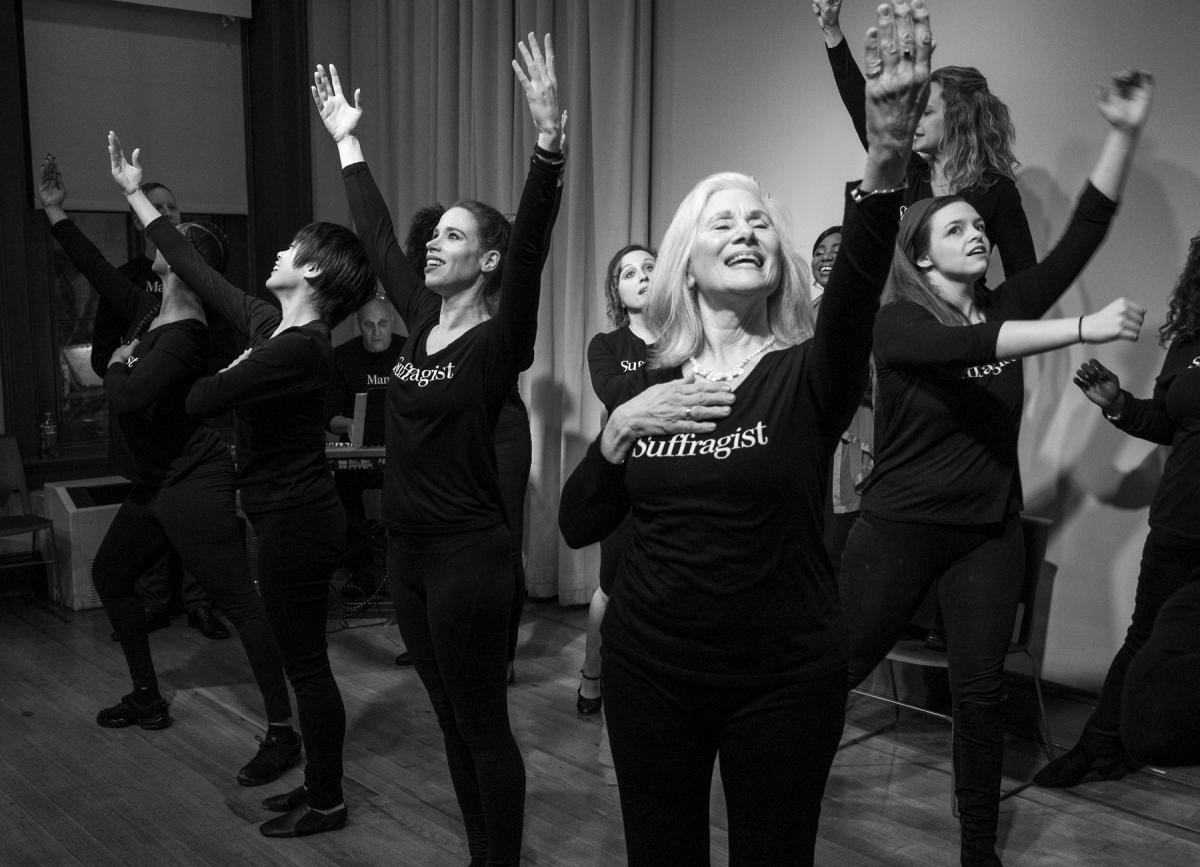 The National Archives hosted a performance of 19: The Musical in the McGowan Theater in Washington, DC, on September 18, 2019. (Courtesy photo by John Nelson)

The National Archives presented 19 in celebration of the Rightfully Hers: American Women and the Vote exhibit in the Lawrence F. O’Brien Gallery, which is on display through January 3, 2021.

“The decades-long fight for the vote in the 19th and early 20th centuries engaged large numbers of women in the political process,” said Corinne Porter, curator of the Rightfully Hers exhibit. “A critical part of that campaign was getting their message out to the nation and shifting public opinion to support their cause. One way of spreading that message to a wide audience was through music. Tonight, the power of music is again employed in the cause of voting rights. Through music and dance, 19: The Musical brings to life the inspirational stories of the suffragists who defied the odds and fought for women’s right to vote.”

The show opener “19 and Easy” drew the audience into a grand banquet hall in Washington, DC, in 1920, where Lucy Burns, Carrie Chapman Catt, Ida B. Wells, and Christabel Pankhurst celebrated the passage and ratification of the 19th Amendment. Through choreography, song, and spoken word, the actors depicted the intersection of Alice Paul’s idealistic celebration with Susan B. Anthony’s cautionary realism.

Each number of the performance touched on the struggles within and without the suffragist movement, from conflicts between powerful and influential figures within the National Woman’s Party to violence and mistreatment by antisuffragists as the movement forged ahead.

After the performance, the audience had the opportunity to ask questions of the directors, writers, choreographers, and cast.

“This all started about three years ago, and there were three things behind the inspiration: the musical Hamilton, the [campaign for] election of our first female President, and the other was the centennial [of the 19th Amendment] coming up in 2020,” director Jennifer Schwed said of the origins of the show she and fellow director Doug Bradshaw created. “Not everything came through the way we thought it would, but we still decided to do a musical.”

Choreographers Angela Norris and Danielle Marquis spoke of the process they followed to sync each dance number with the emotion they wished to express.

“We work with Doug and Jennifer about what our vision is, and we talk amongst ourselves about what we want each piece to look like, or what kind of emotion we want to evoke, and then we think about what kind of movement styles can really evoke that,” Marquis said.

The production team sought to make 19 historically accurate, but the size and extent of the suffrage movement eliminated the possibility of telling every person’s story.

“We started by reading everything that we could, and when we consulted with academics, one said we should make composite characters because the story was so big,” Bradshaw said. “We joked that if we stuck with trying to tell everyone’s story the script would’ve been 10,000 pages long.”

A recording of the entire program may be viewed on the National Archives YouTube channel.