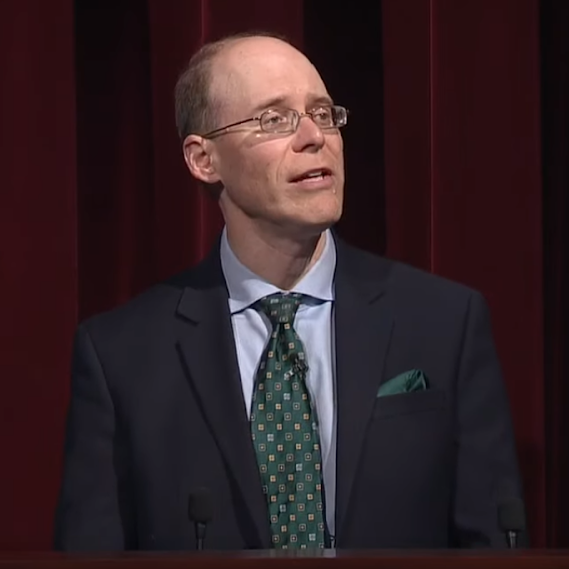 On August 6, the National Archives hosted Christian B. Keller, Professor of History at the United States Army War College, to speak about that unique bond between Confederate Generals Robert E. Lee and Thomas Jonathan “Stonewall” Jackson which he chronicles in his book, The Great Partnership: Robert E. Lee, Stonewall Jackson, and the Fate of the Confederacy

WASHINGTON, August 6, 2019 — Confederate Generals Robert E. Lee and Thomas Jonathan “Stonewall” Jackson enjoyed a unique relationship: one built on friendship, shared religious values, and similar leadership styles that, in the face of overwhelming odds, aided the Army of Northern Virginia in cutting a strategic path forward in the Confederacy’s ill-fated push to claim permanent independence from the Union.

On August 6, the National Archives hosted Christian B. Keller, professor of pistory at the United States Army War College, Carlisle, Pennsylvania, to speak about that unique bond, which he chronicles in The Great Partnership: Robert E. Lee, Stonewall Jackson, and the Fate of the Confederacy.

Trevor Plante, Chief of the Reference Services Branch at the National Archives, provided welcoming remarks to attendees in the William G. McGowan Theater, and participants live-streaming the program through Facebook, YouTube, and C-SPAN.

This is an important consideration because, according to Keller, those accounts lack the “Lost Cause” tone typically observed in the more plentiful post-Civil War accounts of former Confederate soldiers.

The significance of The Great Partnership, Keller said, is two-fold: it has been more than 20 years since a historian performed a joint study of Generals Lee and Jackson; and, the lessons gleaned from this joint study enjoy timeless applicability to the intrinsic value of building and maintaining personal connections for military and business leaders.

“The command relationship between chief leader and chief adviser is supremely important,” Keller said, “especially at the highest levels of responsibility, because it is within the boundaries of that association that the best strategic ideas-the ones that win wars and save failing corporations, for instance-are created...When that relationship is founded on personal friendship, or even religious faith, it is strengthened. When it is absent or broken, the implications can be grave.”

After the introduction, Keller began reading aloud a passage from The Great Partnership, painting a picture of disparity between the beauty of nature and the horror of the battlefield, and vividly describing the scramble to deliver General Lee news both personally and professionally devastating:

The late afternoon sun of May 10, 1863, was warm and pleasant, filtering through the young trees of the Virginia wilderness and creating a patchwork quilt of bright and dark spots on the forest floor. Here the light focused on a young fern struggling to unfold itself into life. There it landed on a burned corpse or newly dug grave. Spring had come to central Virginia, but so had the war. Shattered rifles, shell fragments, broken canteens, and even the jagged remains of a drum littered the sides of the Richmond Stage Road, down which a small group of men were galloping full speed towards Fredericksburg.

We then find out the riders had just left the home of Thomas Coleman Chandler, where at 3:15 p.m., General Thomas Jonathan Stonewall Jackson succumbed to a secondary infection—pneumonia—after being accidentally shot in the left arm by his own men on the night of May 2, 1863, being dropped twice from the stretcher as he was carried off the battlefield, and then surviving the surgical amputation of his injured arm.

That Jackson did not succumb to the trauma of the amputation itself, Keller said, is a testament to the expertise of the Confederacy’s battlefield surgeons at his disposal.

General Jackson’s death cast a pall over morale within the Confederacy, its significance resonating in the portentous words of General Robert E. Lee when he learned of his lieutenant’s impending death three days prior, saying, “He has lost his left arm, but I my right arm.”

The sentiment was not a maudlin display of self-pity, Keller said, as Robert E. Lee and Stonewall Jackson enjoyed a public reputation as “winning generals,” and the latter’s moral character helped bolster the belief among the Confederacy that theirs was a righteous cause.

The symbiotic bond shared by these two generals died with Jackson, eliminating the mutual support inherent to such a relationship that could not be easily replaced. This relationship was molded not only by shared theoretical training acquired through West Point, but also practical battlefield experience, and the shared understanding of how each of what we now know as the tactical, operational, and strategic levels of war related to achieving the Confederacy’s ultimate goal of permanent independence from the Union. 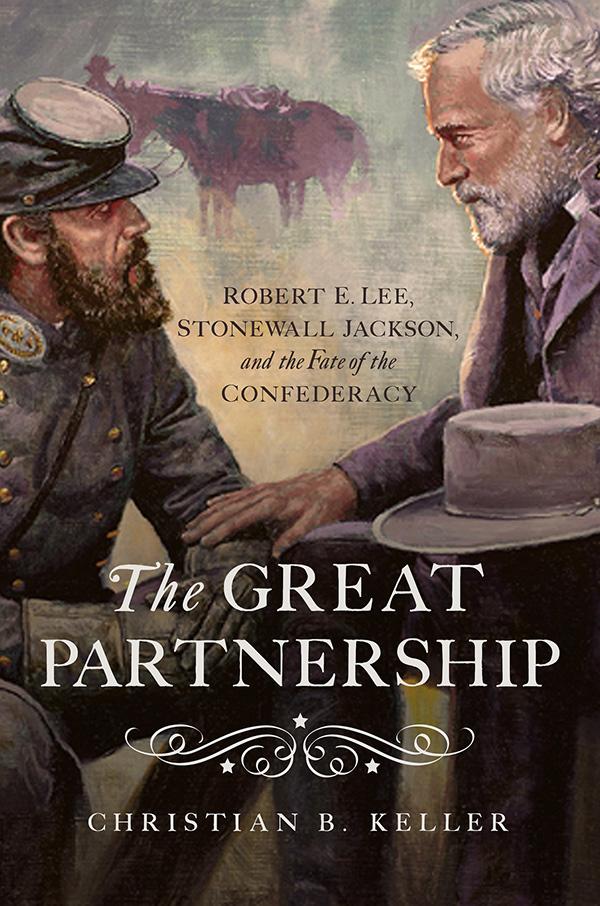 Keller then provided a selection of statements drawn from newspaper headlines and correspondences to illustrate the grave reactions to Jackson’s death:

Who can fill his place I do not know. . . . May his spirit be diffused…

—Officers and enlisted men of the Army of Northern Virginia

Assuredly the most fatal shot of the war to the Confederates.

—Headline in an English newspaper

In the days following Jackson’s death, Keller said, Robert E. Lee spearheaded a reorganization of the Army of Northern Virginia, and in June of that year appointed Generals Ewell and A. P. Hill to absorb Jackson’s responsibilities. The generals had a mere two weeks to adjust to their responsibilities prior to Lee’s push against the North that, as history has shown, led to the demise of the Confederacy in 1865, the freeing of slaves, and 12 years of rebuilding in the South that became known as the Reconstruction period.

The talk continued NARA’s summer series of noontime programs, which are free and open to the public in the William G. McGowan Theater of the National Archives Museum in Washington, DC. Attendees are encouraged to use the Special Events entrance on Constitution Avenue at 7th Street, NW. The museum is Metro-accessible on the Yellow and Green lines, from the Archives/Navy Memorial/Penn Quarter station. Reservations are recommended and can be made online. For those without reservations, seating is on a first-come, first-served basis. The theater doors will open 45 minutes before the start of the program. Late seating will not be permitted 20 minutes after the program begins.

Visit this link to view a calendar of upcoming events across the National Archives.