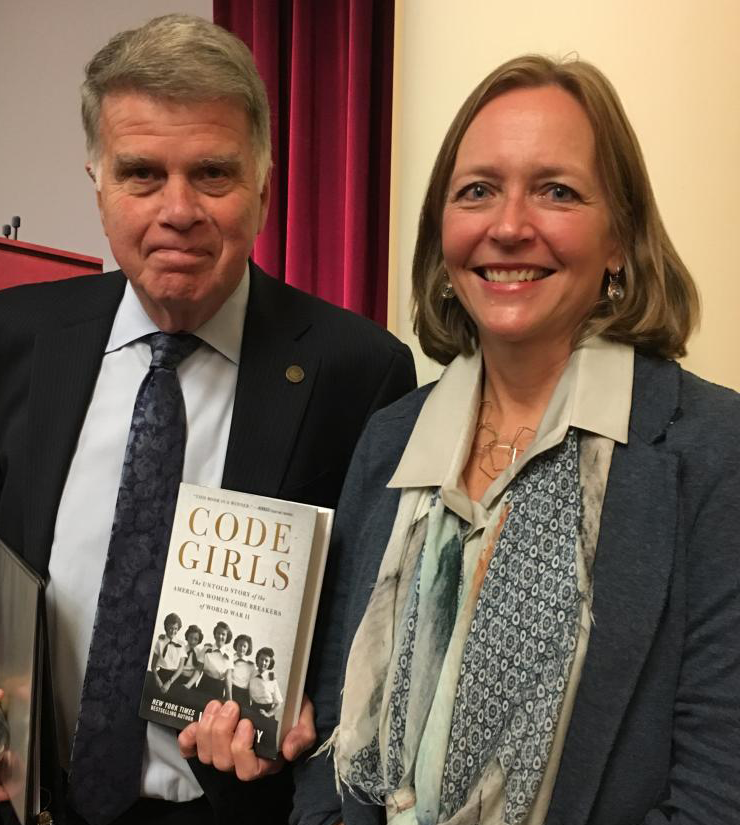 WASHINGTON, October 18, 2017 —  More than 10,000 women played a pivotal role in helping the United States and its Allies win World War II. Through the highly complex work of deciphering encrypted messages, these women were able to break codes in Japanese and German military communications, shortening the war effort and undoubtedly saving countless military lives.

The book explains how the United States' Army and Navy secretly recruited more than 10,000 women from elite women’s colleges and small towns throughout the country and trained them to do this intellectually challenging work. Mundy talked about her book during an October 18, 2017, presentation at the National Archives in Washington, DC.

Most of these women were teachers—one of the few occupations available to educated women at a time when less than 5 percent of American women had a college education. Each of them was excellent with numbers, complex problem-solving, and an ability to see patterns.

While the government also employed some men as codebreakers, the women’s salaries were approximately 25 to 30 percent less than those of their male counterparts, Mundy pointed out. Much like the women’s contributions were marginalized during the war effort, so too was the compensation of these young American women who cracked key Axis codes.

This was a massive, secret, coordinated effort by the U.S. Government, Mundy explained. Thousands of women moved to Washington, DC, in droves. They worked together in two top-secret compounds, endeavoring to break Japanese and German naval military codes. The job required sophisticated mathematical and scientific skills.

“They were told to tell people that they were secretaries … and because they were women, people believed it,“ Mundy said. In many cases, even decades later, their families and husbands still had no idea of the importance and complexity of the work these women had performed during the war and the invaluable role they played in the United States’ victory.

Mundy shared how that veil of secrecy nearly erased the women’s stories and was, until now, left untold.

Mundy conducted personal interviews with “code girls” and their families to gather information for the book. She also spent many weeks pouring over boxes of archival records at the National Archives in College Park. 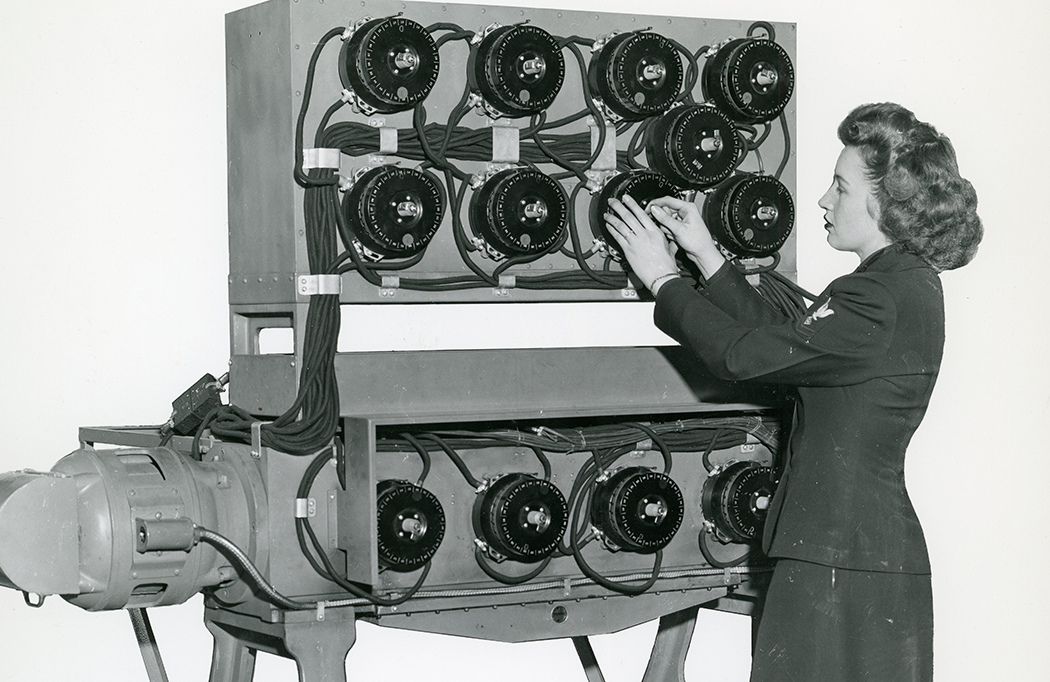 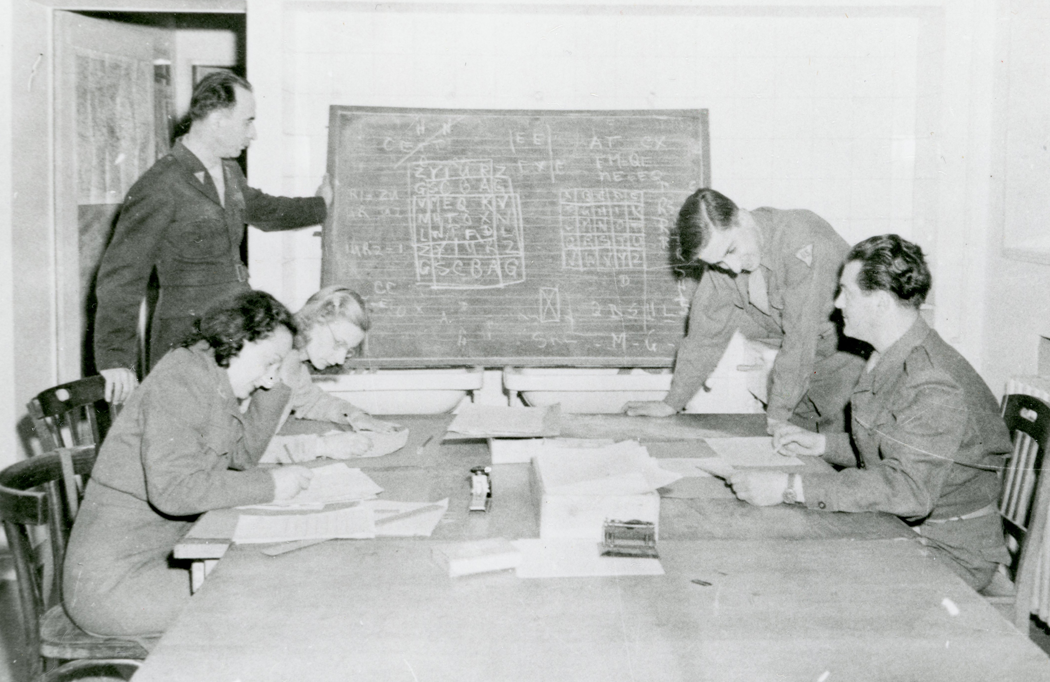 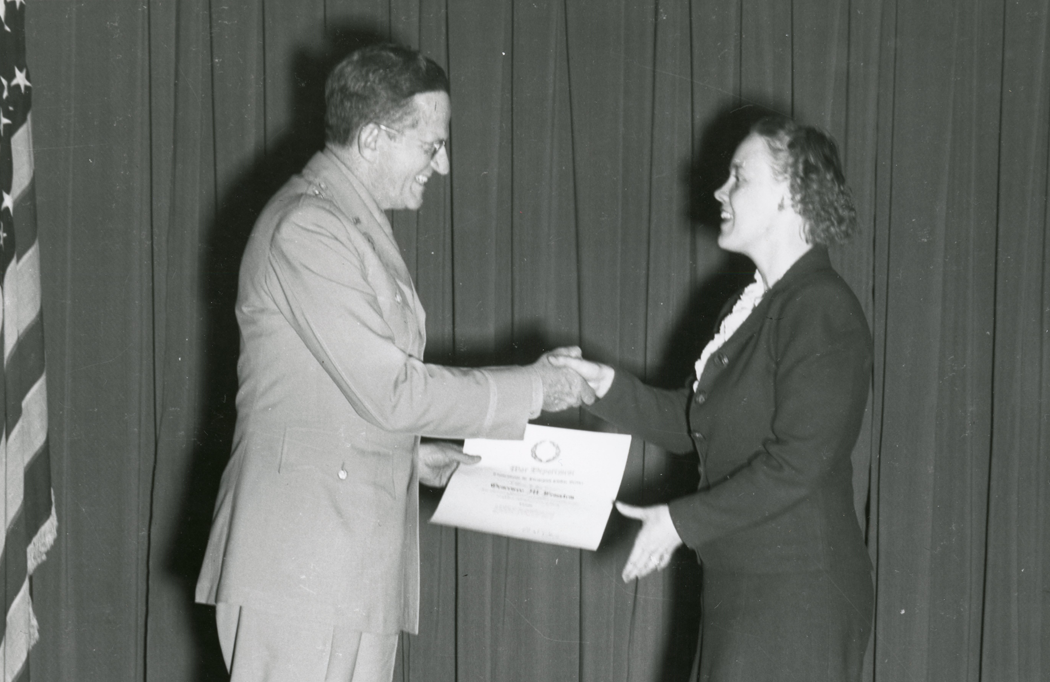 “The National Archives’ collections at College Park played a crucial role in enabling me to credibly tell this story,” Mundy said. She went on to explain that since it was a top-secret mission, she wasn’t sure how much documentary evidence even existed to support the women’s anecdotal interviews and personal letters.

The author found that supporting evidence in the form of worksheets, memos, and documents at the National Archives. She explained how she was able to confirm the anecdotal stories told by one of her interviewees with a memo. It was the first confirmation via a paper record of a Code Girl’s service and ultimately helped Mundy make further connections to the mission, office location, and other women employed in that division.

With this evidence, Mundy’s book weaves in many of the “Code Girls’” memories of their lives and careers in Washington, DC. It was an exciting time to be in the nation’s capital. From explanations of their duties and the art of cryptanalysis to their personal musings about co-workers, their social lives, and the many servicemen with which they corresponded, the women helped to paint a vivid picture of their untold story. They tell of lively social scenes in Washington and, some of them were even being courted by several uniformed men.

“It’s [really] an extraordinary story,” said Mark Bradley, Director of Information Security Oversight Office with the National Archives. “These women, for the first time in 70 years, are now coming forward to tell their stories.”

In the tradition of Hidden Figures, Liza Mundy’s Code Girls is the astonishing, untold story of the young American women who cracked key Axis codes, helping to secure Allied victory and revolutionizing the field of cryptanalysis. View Mundy's recent presentation at the National Archives in Washington, DC, on YouTube.

Resources for codebreakers and their families