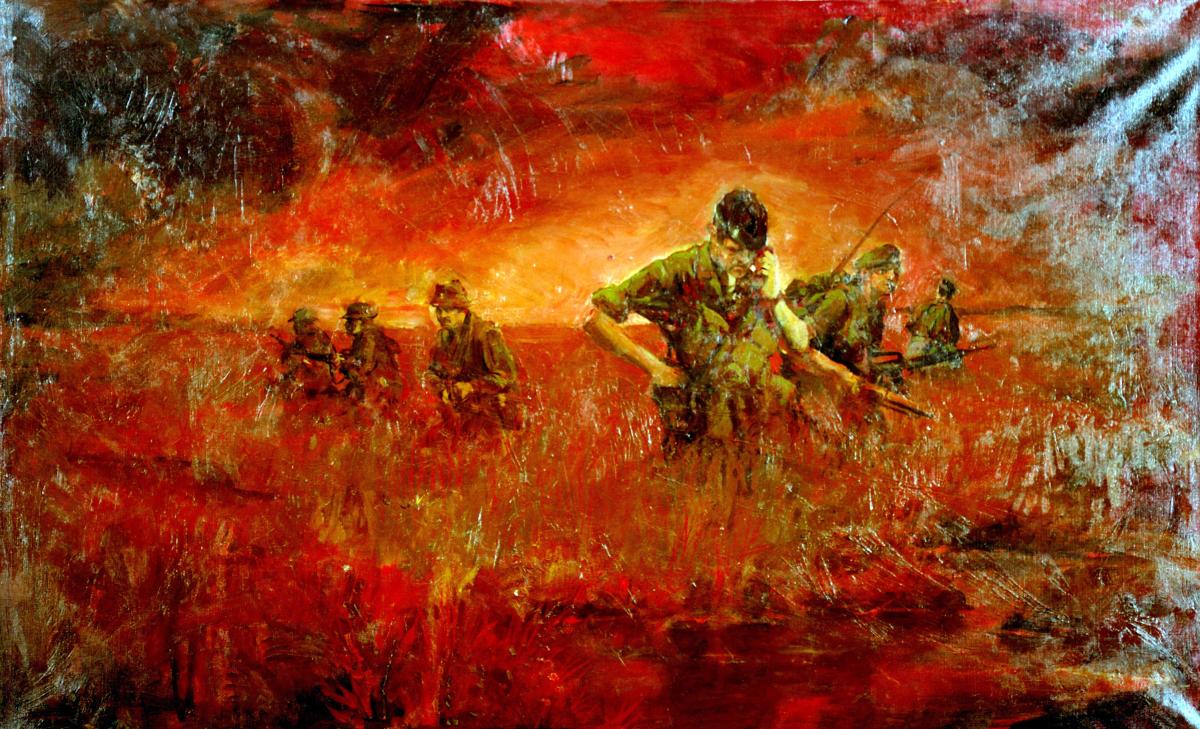 "Man/Ready, Vietnam” by Paul MAC Wiliams. RG 330, Records of the Office of the Secretary of Defense, 1921-2008. View in National Archives Catalog

WASHINGTON, April 9, 2018 —  Combat artists create art out of the experience of war. Several such artists recently shared their stories at the National Archives, which hosted a panel discussion of their artistic work and wartime experiences.

Combat artists aim to preserve the experience and activities of military men and women through art. The works document the lives of service members in battle and in training, during humanitarian missions, and on the home front. Several of the participating artists were active during the Vietnam War, a major focus at the National Archives Museum since the opening of the special exhibit, “Remembering Vietnam.”

Archivist of the United States David S. Ferriero, himself a Vietnam War veteran, welcomed the artists and explained that the National Archives holds some of the founding documents of the combat artist program as well as letters and newspaper articles detailing the program, photos of combat artists, and images of some of their work.

“Imagery of the Vietnam War in photographs and moving images is familiar. Coverage of the war in print and television media was extensive and far reaching,” Ferriero said. “Less well known is the artwork created by artists in the field.  In an age of cameras, paints and pencils seemed to be out of place. Combat art, however, preserves the human experience of war in a different and unique way,” Ferriero added. 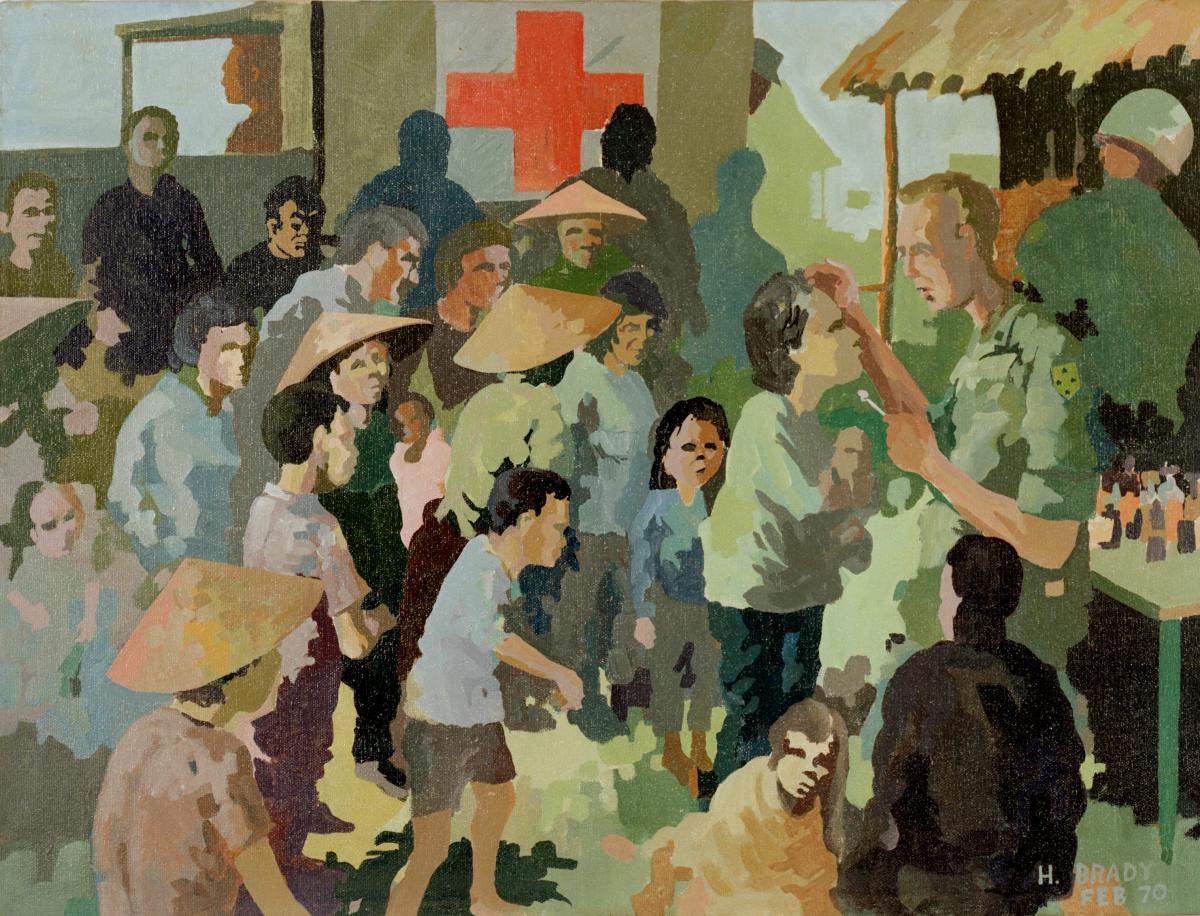 The Marine Corps Combat Art Program traces its origins to 1942. Managed today by the National Museum of the Marine Corps, the collection has grown to include more than 9,000 works of art created by more than 350 artists.  Lin Ezell, Director of the National Museum of the Marine Corps, explained that it was the combat initiative during Vietnam that is the basis for the collection of drawings, watercolors, acrylics, and photographs as it exists today.

“The Marine Corps deployed dozens of Marine and civilian artists to Southeast Asia,” Ezell said. She explains that the strength of the program is being able to see the war through the eyes of someone with boots on the ground.

“It relies on the artists’ authentic and unvarnished focus on the human condition, under the most trying of circumstances,” Ezell said.

Charlie Grow, deputy director of the National Museum of the Marine Corps and moderator of the panel discussion, agreed with Ezell.

“They don’t tell you what precisely to cover. They want an authentic and unvarnished truth from your perspective,” Grow said. “I think one of the strengths of the collective collections is that you’ve got...all kinds of different [Military Occupational Specialties], officers, and enlisted...they weave together a real nice pattern that tells a more complete story.”

Similar programs exist in the other military services, such as the U.S. Army, whose program had its roots in World War II, when  Congress authorized the use of soldier-artists to records military operations in 1944.

The Army Vietnam Combat Artists Program was established in 1966 to make pictorial records of military history in the Vietnam War. “It’s different than a writer, a poet, or a photographer, said U.S. Army combat artist James Pollock. “It’s just another window into the history of a war.”

Former Marine combat artist Ben Long agreed, “I believe the true depth of that drawing is their own kind of personal read of how they experienced it.”

Jim Butcher, also a Marine combat artist, added, “It’s someone’s impression. A photograph is a slice of time, an instant. I think art can span time with an impression of an idea rather than a slice of time.”

Kristopher Battles, a Marine combat artist who reenlisted for active duty specifically to participate in the combat artist program, discussed the difference between photographic images and combat art.

The “Remembering Vietnam” exhibit continues at the National Archives through January 6, 2019. This exhibition presents both iconic and recently discovered National Archives records related to 12 critical episodes in the Vietnam War. They trace the policies and decisions made by the architects of the conflict and help untangle why the United States became involved in Vietnam, why it went on so long, and why it was so divisive for American society. The exhibit is open daily from 10 a.m. to 5:30 p.m. In addition, there are also other events and public programs at the museum that focus on the Vietnam War. 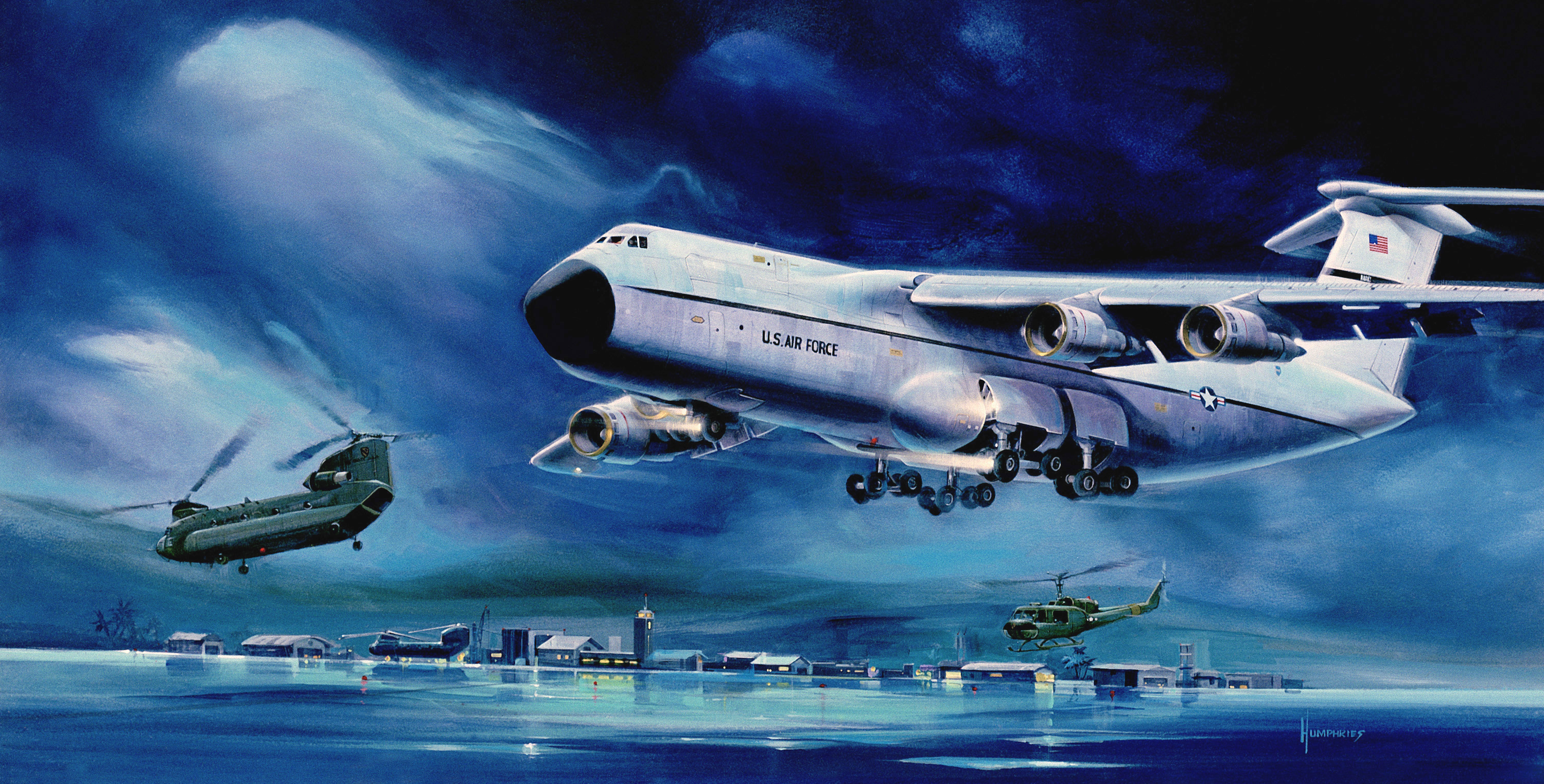 “Looking Down the Trail” by James Pollock, CAT IV, 1967.(Courtesy of the National Museum of the U.S. Army)

"Children of South Vietnam" by Earl Thollander. RG 330, Records of the Office of the Secretary of Defense, 1921-2008. View in National Archives Catalog

“Untitled (ducks and lilies on water)” by David Jay Carey. Prisoners of War Art,Vietnam, camp of detention for U.S. pilots captured in Vietnam. RG 330, Records of the Office of the Secretary of Defense, 1921-2008.  View in National Archives Catalog

“Fruit Vendor” by Jim Butcher. (Courtesy of the National Museum of the Marine Corps) 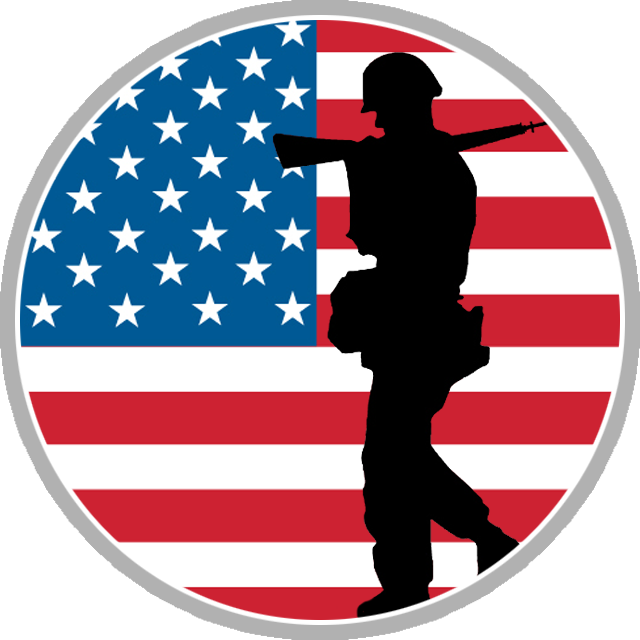