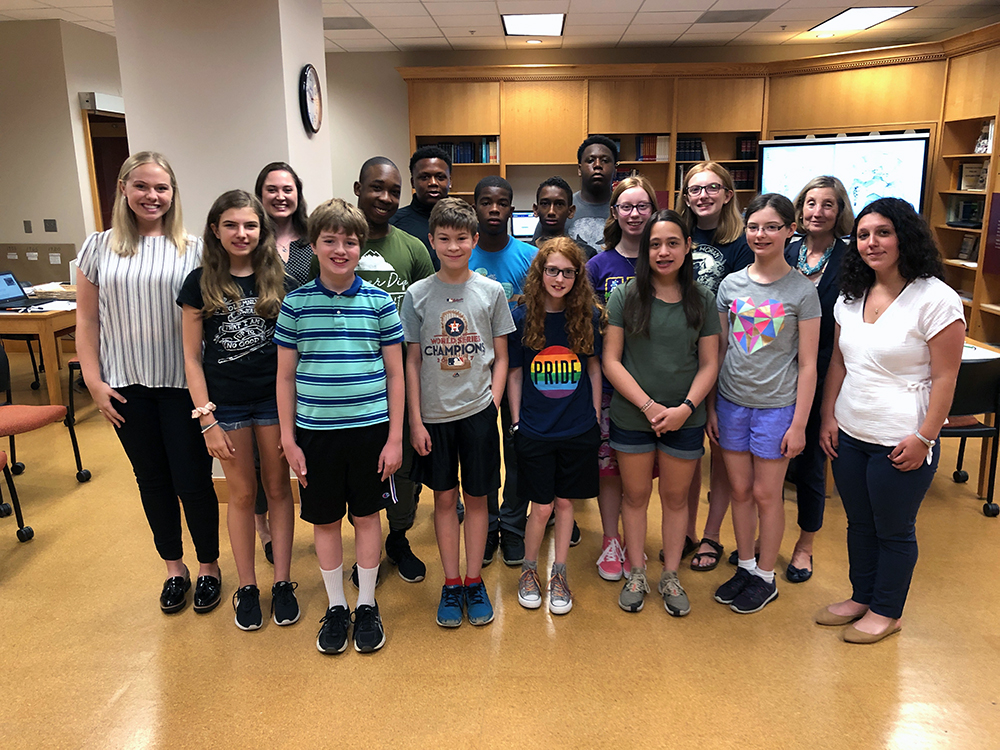 Ever hear of young campers who were more interested in learning about their family tree than climbing a tree? At the National Archives’ Boeing Learning Center in Washington, DC, a group of kids participated in a genealogy camp July 10–12 to learn about accessing historical family documents.

This event, established in 2014, is conducted annually to introduce the basics of genealogy research to children 12 years and older. They discovered how to use resources at the National Archives to be history detectives into their past.

“Everyone wants to know where they came from,” said Missy McNatt, education specialist with the National Archives. “This is not only true for adults, but I noticed that kids also have an enormous amount of interest in genealogy.”

McNatt and her team of interns organized various activities to help the kids learn about the types of records the National Archives holds and how to dig deep into their family histories.

In one activity, the campers had to complete a giant timeline by finding at least one family historical document to print and place on it.

“Whether it’s a census record or a draft card, each one of them had to find at least one family history document, put it on the timeline, and see if they could connect it with what’s going on in history,” said McNatt. “I started out with my grandfather’s World War I draft card . . . and that connects to that particular spot in history.”

One of the 12-year-olds in the camp, William Freericks, also found a few family historical documents that connected to that same time in history. During the camp, he found out that his great-granduncle fought in World War I.

“I wanted to learn more about my dad’s side of the family, specifically his father’s side,” said Freericks. “I was looking through records, and one of the records asked if he was ever a military veteran, and he put down ‘yes.’ It asked for what war, and he put down ‘World War I.’”

Freericks said he may want to pursue journalism when he gets older and was specifically interested in finding out more about his great-granduncle because they have the same name.

Elsa Kendall, another 12-year-old camper in the group, said she learned many things during the camp and also wanted to learn more about her father’s side of her family. 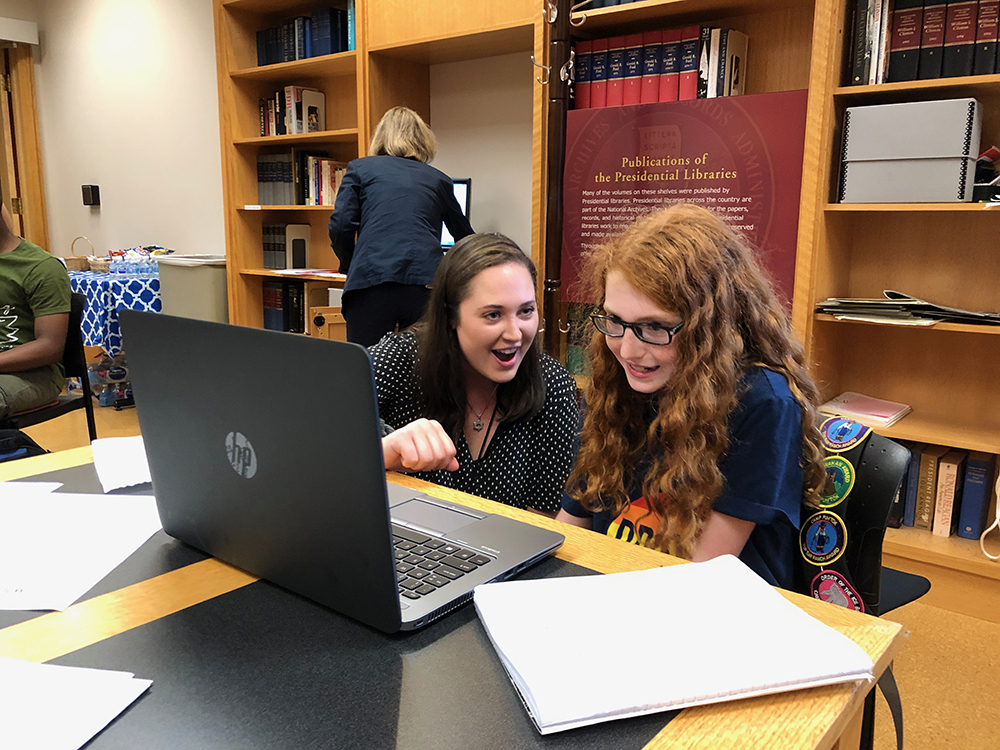 “We learned how to look at a census, which is very important,” said Kendall. “I’ve actually found one of the yearbooks from my dad and his best friend, as well as the yearbook pictures from my great-aunt and great-uncle.”

This was Kendall’s first time at the genealogy camp for kids. She has aspirations of working for the National Archives one day.

In addition to creating giant timelines and learning about census records, the campers also found out what their names mean, created their own scavenger hunt of the Public Vaults exhibition, looked up military records, and toured the Rotunda for the Charters of Freedom, which is the permanent home of the Declaration of Independence, the Constitution of the United States, and Bill of Rights.

The genealogy camp is normally a week-long event but was cut short due to a power outage that closed the National Archives Building for two days.

To learn more about the genealogy camp, go to archives.gov/education.