WASHINGTON, August 20, 2018 — The director of a Presidential Library administered by the National Archives assumed the top leadership position in the nation’s largest and oldest professional association for archivists.

Meredith Evans, Ph.D., Director of the Jimmy Carter Presidential Library and Museum in Atlanta, GA, became president of the Society of American Archivists last week, during the organization’s joint annual meeting with the National Association of Government Archives and Records Administrators and the Council of State Archivists. 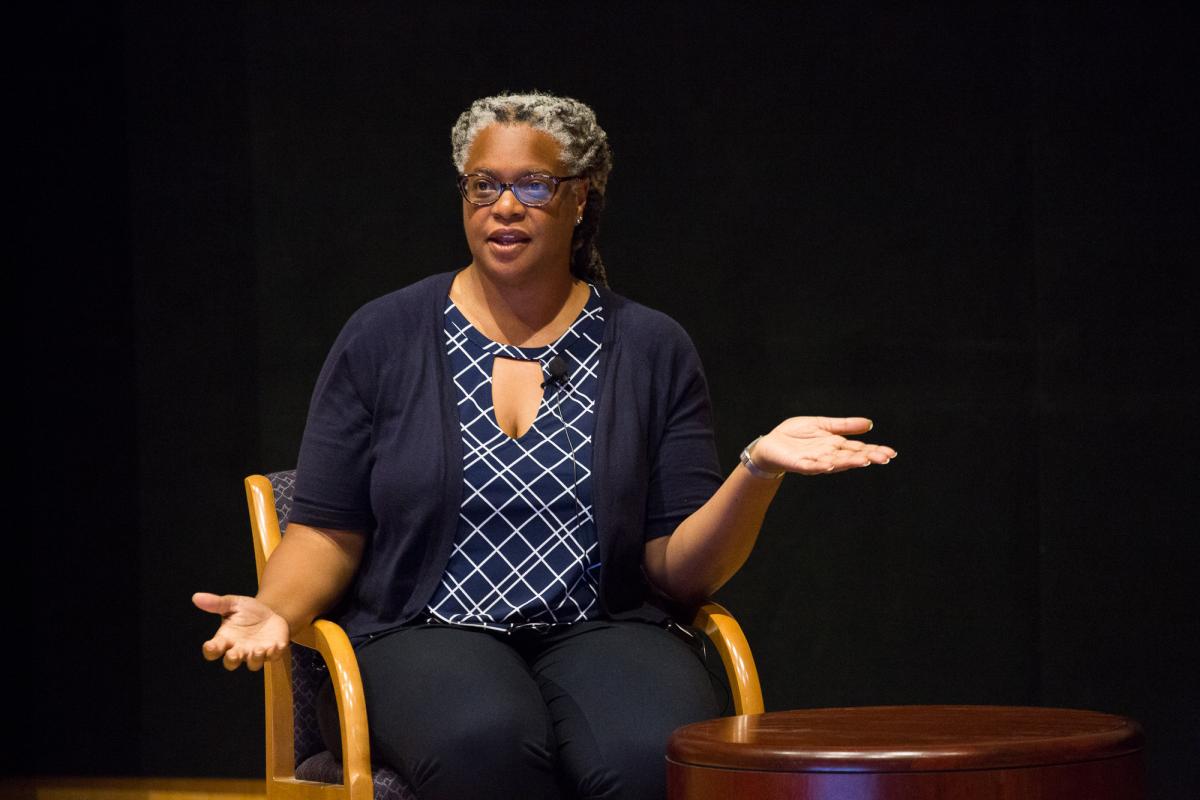 Dr. Meredith Evans, Director of the Jimmy Carter Presidential Library, was recently appointed as the 74th President of the Society of American Archivists. Evans discussed her new role with National Archives staff during a recent forum in College Park, Maryland. (National Archives photo by Jeff Reed)

Evans joined a long line of National Archives professionals who have served as the chief of the national archivists’ association.

“Meredith will be the 13th NARA staff member to serve as SAA president, which is far more than any other organization has supplied,” Archivist of the United States David S. Ferriero said while introducing Evans during a talk given for National Archives employees, held August 14, 2018, in College Park, MD. He pointed out that the last National Archives official held the position in 1990–91.

Evans will act as the SAA’s 74th president in 2018–2019. The SAA, founded in 1936, just two years after Congress created the National Archives, came to be, in part, because of the efforts of National Archives staff.

During the talk, Evans shared her perspectives on her new role as president and offered a message of the value of community participation and engagement. She also stressed the importance of the work that archivists do to preserve our nation’s collective history.

“Public records are hugely important,” Evans said. “I know we work with them day-to-day, and sometimes I think we forget how important our work is. Our work is so vital to the functionality and the things that happen in this nation. And we owe it to the American public to always, always make things accessible to them.”

Evans added, “I think it's important to remember that what we do with every folder, everything you review, every description that you provide for the catalog, every item that’s scanned, please know that somebody . . . is using that document . . . and you're helping them with their research. You're helping them identify their ancestor. You're helping them see how the world became the way it became. Our job is vital. So, part of this presidency is to make sure people know the importance of our work, that we are champions of this work, and we are the experts.”

Evans went on to stress the importance of engaging within the professional community as well as local communities, sharing her own outreach efforts throughout her career.

Prior to coming to the Carter Library, Evans oversaw the department of special collections at Washington University in St. Louis, MO. She also held senior leadership positions at George Washington University and the University of North Carolina at Charlotte, where she helped obtain photograph and document collections for the institutions and promoted digitization projects to make materials more easily available to researchers.

As curator of printed materials at the Atlanta University Center Library, Evans participated on an Andrew W. Mellon Foundation–funded project to process and digitize the papers of Martin Luther King, Jr. 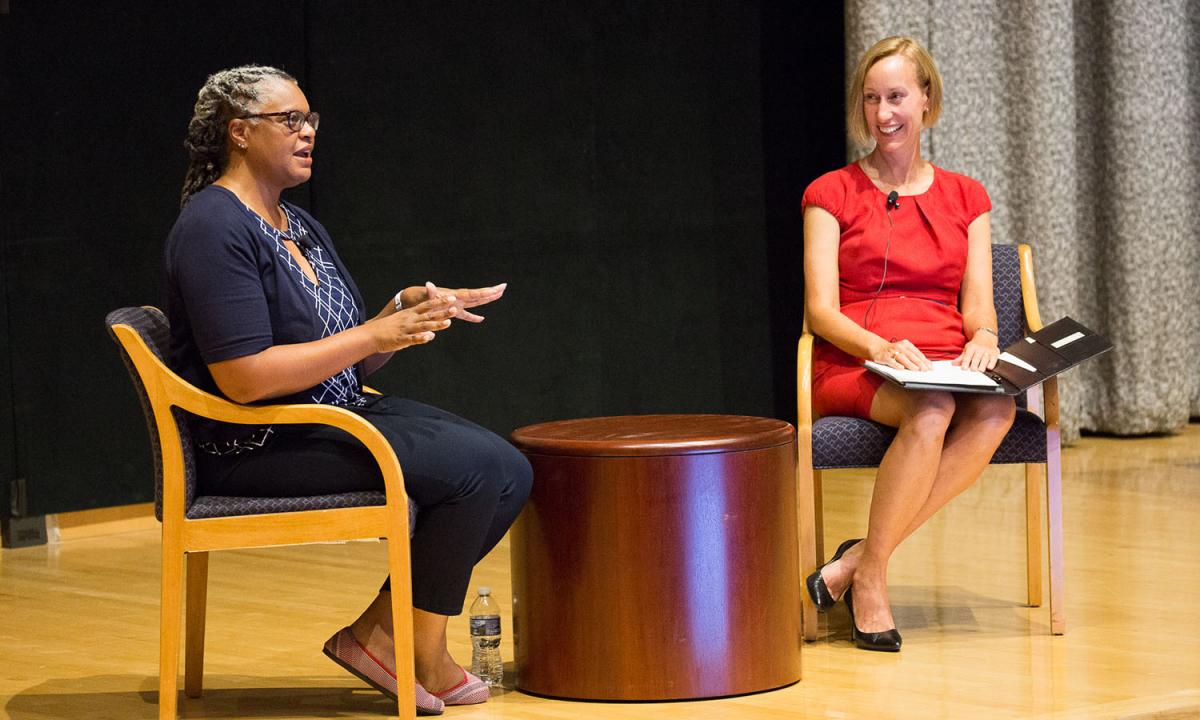 “Each step of the way I was involved in some kind of professional association,” Evans said. “It's important to stay engaged regardless of what your tasks are at work.”

She also told how volunteering in the local community and sharing archival expertise can be very rewarding. Evans shared how her work with other colleagues within the archival community and how those connections played into the success of projects throughout her career.

One highlight she noted was the digitization of social media postings and documents relating to the Michael Brown shooting in Ferguson, MO, when she worked at Washington University. She told how her work with community members, specifically volunteers of the historical society of Ferguson, also aided in creating a unique perspective for future generations to better understand the situation.

“Ferguson was still in protest at the shooting of Michael Brown,” she said. “And when I first got there, the first thing I was tasked to do was to create a digital archive . . . to embrace the situation in the city and to help the healing process—not a very small task. But through, again, an association, we were able to build relationships . . . to sort of think about ways we can collect this material and what does healing mean [through] documents.”

Evans summed up her perspective on the important role an archivist plays in the collective history of our nation, saying “I [organize] records and I process records and I work with things so that you can have an insight into the future from an insight from the past. And that's important [work].”