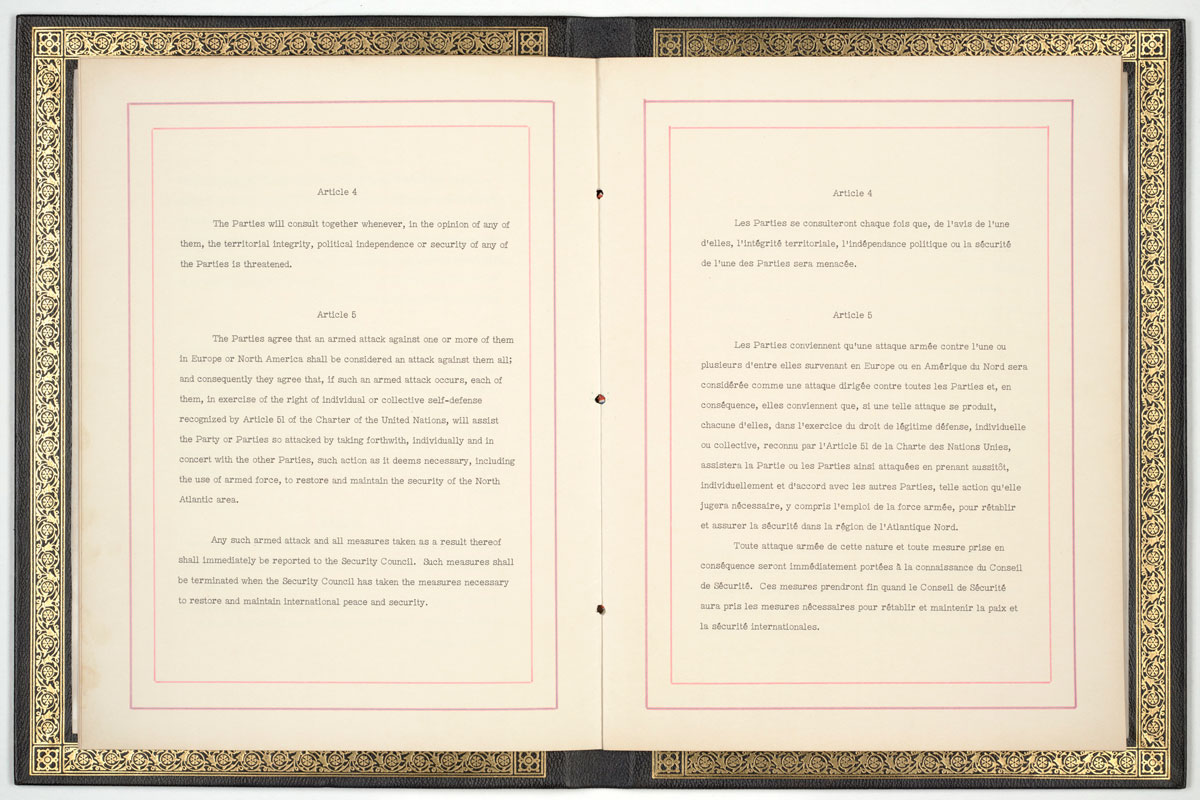 Article 5 of the North Atlantic Treaty will be on display at the National Archives in Washington, DC, through April 2, 2019, in honor of the 70th anniversary of the document. (National Archives: General Records of the United States Government)

The North Atlantic Treaty—less commonly known as the Washington Treaty—forms the legal basis of and is enforced by NATO to foster peace and defend member nations from threats by communist countries.

The alliance created a military and political complement to the Marshall Plan for European economic recovery by establishing a mutual defense pact against possible aggression from the Soviet Union. It holds the distinction of being the first peacetime military alliance ever established by the United States.

In his brief remarks at the signing ceremony on April 4, 1949, President Harry S. Truman said the treaty "would create a shield against aggression and fear of aggression—a bulwark which will permit us to get on with the real business of . . . achieving a fuller and happier life for all of our citizens." 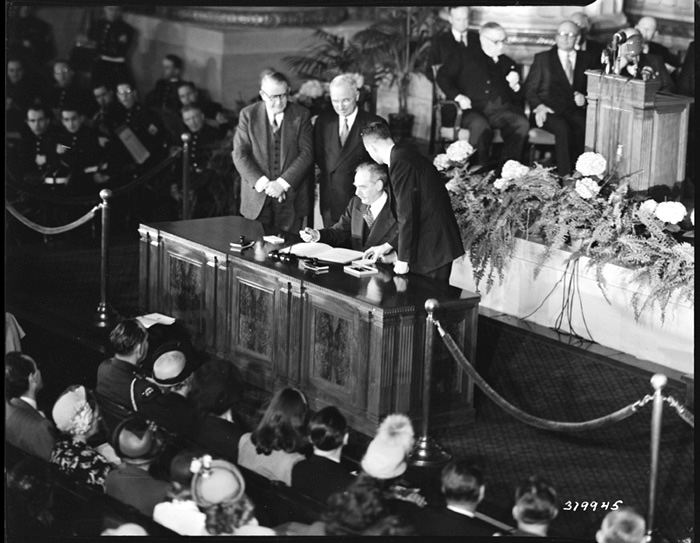 Secretary of State Dean Acheson signs the Washington Treaty, also known as the North Atlantic Treaty, on April 4, 1949. President Harry Truman and Vice President Alben Barkley are standing next to him. (National Archives: Records of the Office of the Chief Signal Officer.)

Article 5 of the treaty will be on display at the National Archives. It reads: "The Parties agree that an armed attack against one or more of them in Europe or North America shall be considered an attack against them all.”

For multilateral treaties, it is customary for one country to be designated as the depository for the original treaty and subsequent ratifications. Article 14 of the teaty specifies that it be "deposited in the archives of the Government of the United States of America." That agency is the National Archives.

The featured document will be on display in the West Rotunda Gallery of the National Archives Museum through April 2, 2019. Admission is free, and the museum is open daily from 10 a.m. to 5:30 p.m.

The NATO meeting of foreign ministers will be held in Washington, DC, April 3–4, 2019.