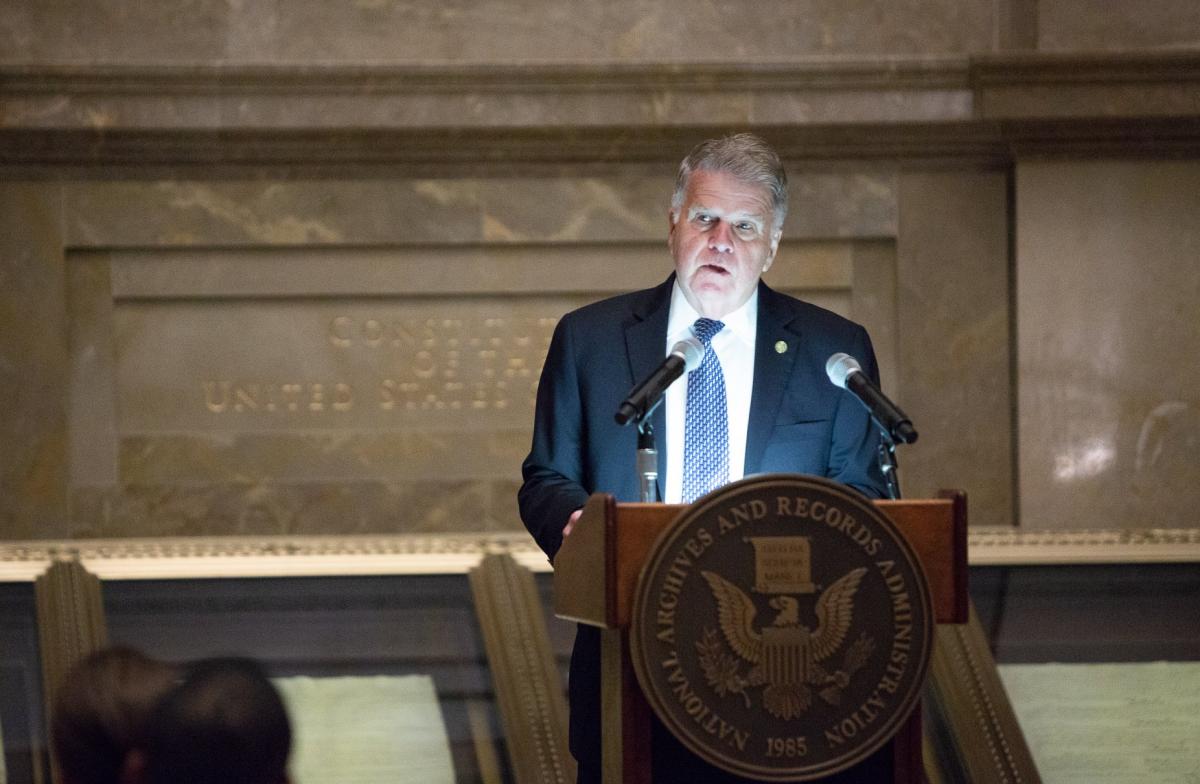 The Honorable Tanya Chutkan, U.S. District Court Judge for the District of Columbia, administered the oath of citizenship. Eighth-grade students from Capitol Hill Montessori School @ Logan recited the Preamble to the U.S. Constitution.

“The National Archives is proud to host this naturalization ceremony each year with the Department of Homeland Security, the United States Citizenship and Immigration Services, and the United States District Courts for the District of Columbia,” David S. Ferriero, Archivist of the United States told the group. “There is no better place to become an American citizen than here in this room.”

During the remarks portion of the ceremony, two newly naturalized citizens each spoke of their journey to citizenship.

“We all sit here in this amazing historical building with a unique story of our own, and each unique story has come to this great outcome on this day,” said Rosemary Nyero, who came to the United States 22 years ago from Uganda. “What has made this moment more profound is that I share it with my beautiful daughter.”

“We find ourselves at the culmination of a long, long journey—a journey that started from different countries and has taken well over a decade to complete,” said Juan Pablo Pitarque, who began his path to citizenship at age 10 from Quito, Ecuador. “My parents applied for American citizenship because they wanted to give their children the opportunity for a better future.” 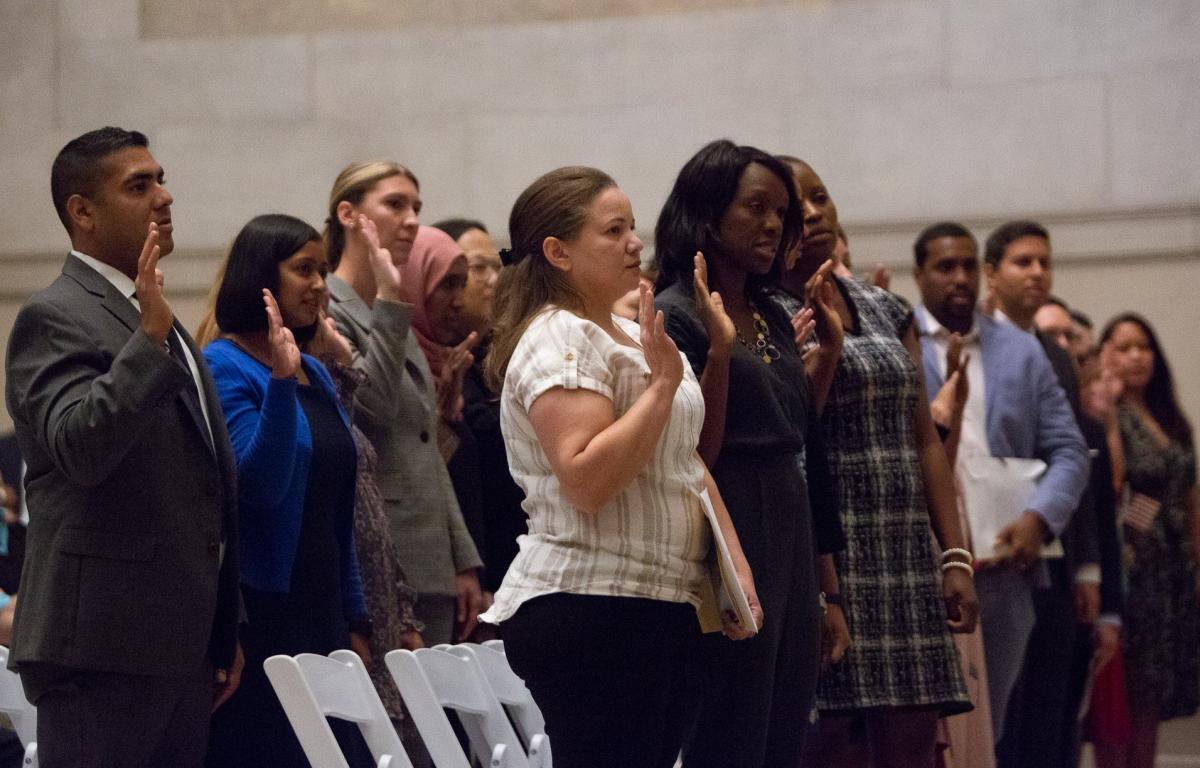 In her closing remarks, Judge Chutkan shared a glimpse of her own journey to citizenship after leaving her native Jamaica.

“I know this is a special day for you and your families. When I say I know that, I really do know that, because I, too, am an immigrant,” Chutkan said. “I remember this day very well. In fact, my sister was naturalized right here in this very Rotunda many years ago. I know this is a special day, and I know how long and hard you have worked to get here.”

The National Archives hosted the naturalization ceremony of Constitution Day, the anniversary of the signing of the United States Constitution, which defines the U.S. Government and outlines the fundamental rights of all citizens.