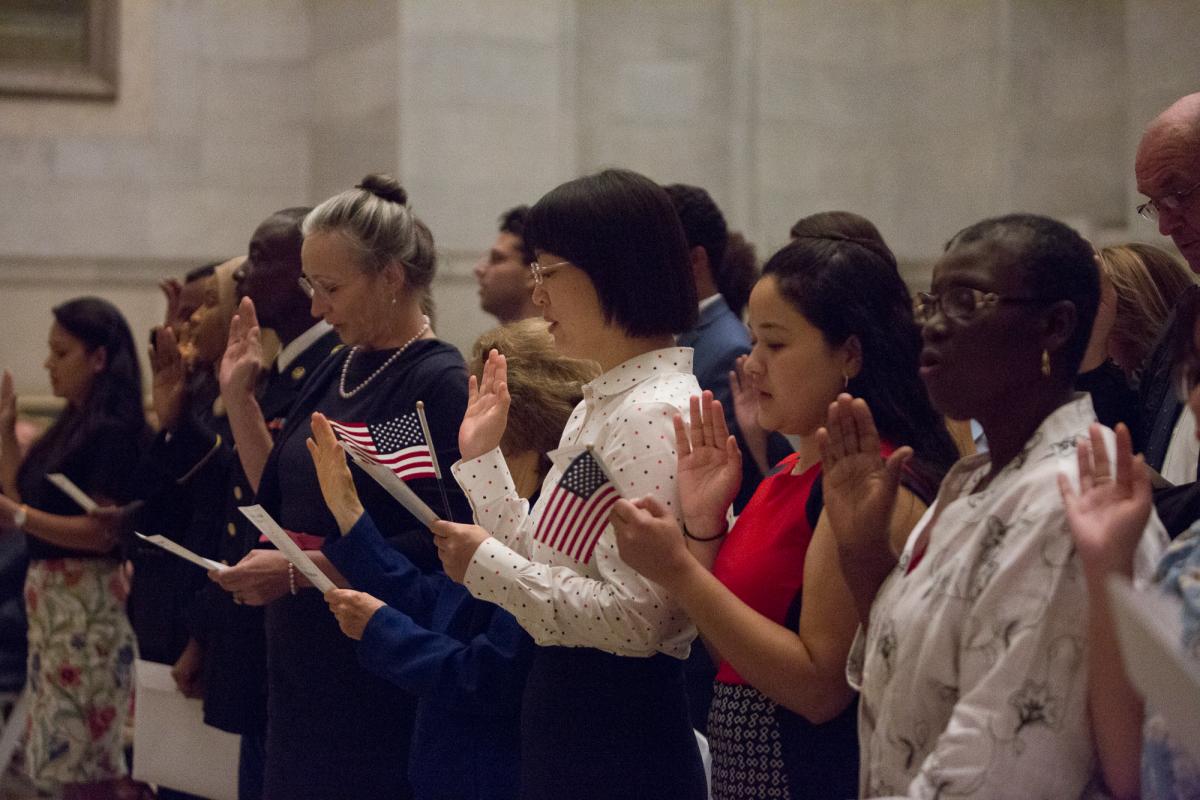 Thirty one naturalized U.S. citizens take the oath of allegiance at the Naturalization Ceremony held at the National Archives' Rotunda in Washington, DC, on Constitution Day, September 17, 2018. (National Archives photo by Kelsey Bell)

“Today marks the 231st anniversary of the ratification of the United States Constitution,” David S. Ferriero, Archivist of the United States said. “And there is no better place to become a citizen than here in this room.” Ferriero described each of the founding documents and the importance they hold for all American citizens.

He shared with them his own story of using passenger ship lists at the National Archives to learn more about his heritage and the immigration of his grandparents from Italy in the early 1900s.

“Many Americans have stories like mine, and now you, our newly naturalized citizens, will have your own journey to share,” Ferriero said. “We have over 14 billion pages of records here at the National Archives. Becoming American citizens makes you part of the National Archives too. Your naturalization records will be part of our holdings. Someday your descendants will search our records to discover your history,” he added.

Guest speaker the Honorable Caroline Kennedy, former U.S. Ambassador to Japan, expressed her gratitude at being able to share the “special day” with the new citizens. Kennedy said, “Every time I enter this Rotunda, I am overwhelmed with the privilege and the responsibility that comes with being an American.”

“America is the only country founded on an ideal,” Kennedy added. “We have no king, no official church or language—we are bound to each other by our shared commitment to the ideals and values of freedom, equality, opportunity, tolerance, diversity, and the rule of law. The fact that ours is the oldest written constitution still in use is a testament to the enduring power of those ideas, and to the skill with which the Founders framed them.” 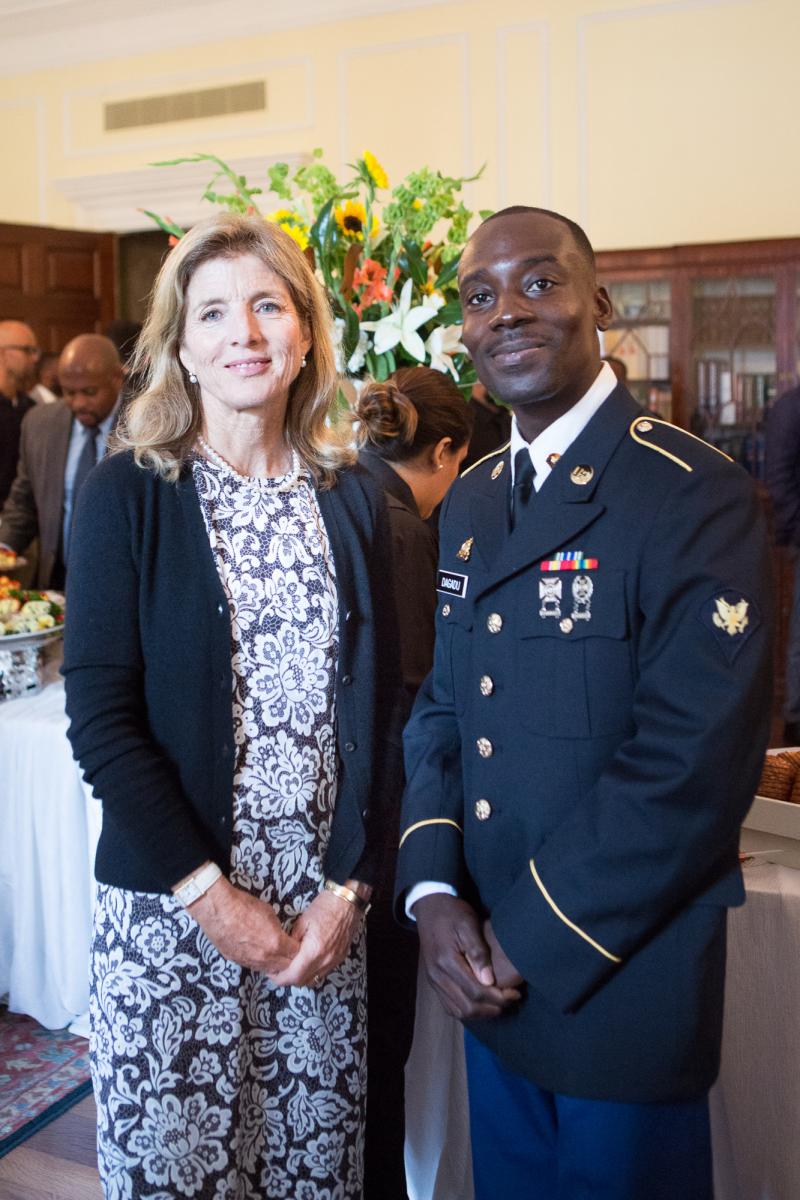 The Honorable Caroline Kennedy, former U.S. Ambassador to Japan, provided the keynote address at the Naturalization Ceremony held at the National Archives on Constitution Day, September 17, 2018. Nii Armah Dagadu, originally from Ghana, was sworn in as a new American citizen at the event. (National Archives photo by Kelsey Bell)

Kennedy recalled the  famous inaugural speech in which her father, President John F. Kennedy, challenged Americans to give back to a country that gives its citizens so much. “His call to service transformed this country and inspired a generation who marched for civil rights, voting rights, and women’s rights,” Kennedy said. “Their children and grandchildren have continued to work for human rights, LGBT rights, and the rights of people with disabilities. Now it is our turn—but we can only contribute if we are informed and engaged—if we understand our rights and our responsibilities.”

Kennedy further encouraged the new citizens to be involved and engaged. “Your perspective, your idealism, your energy will help America live up to her promises. . . . [T]he success of a country, like that of a life, is best judged by not how much we receive, but by how much we have given.”

In her closing remarks, Judge Howell acknowledged the importance of naturalized citizens in making up the fabric of American society, encouraging each of them to get and stay involved in the country and their communities.

“America is a richer place because of your stories and your experiences that you bring here with you,” Howell said. “America’s strength is in the diversity of our people.”