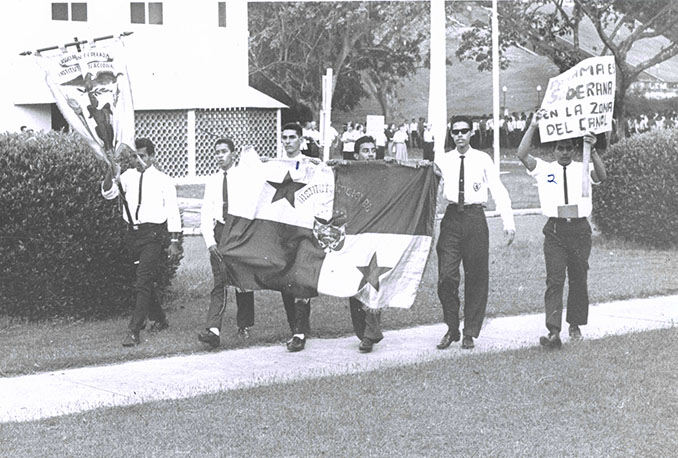 Panamanian students march to the entrance of the Canal Zone with the Panamanian flag, on January 9, 1964, in protest of not being allowed to have it fly next to the U.S. flag at the Balboa High School. The Americans were not honoring an agreement that had been reached in 1962 under President John F. Kennedy allowing the flags to be flown alongside each other at civilian locations. View in National Archives Catalog

WASHINGTON, November 7, 2017 -- The National Archives recently released a number of records that provide insight and perspective into diplomatic relations between the United States and Panama from 1959 to 1973.

The National Archives' National Declassification Center (NDC) released 255 pages of State Department records dealing with treaty negotiations, interactions between the American Embassy and U.S. Government agencies on the Panama Canal, the impact of Panamanian politics and elections on treaty negotiations, and the general unrest caused by the U.S. presence in the Canal Zone.

Madeline Proctor, director of the Evaluations and Special Projects Division with the NDC, explained the significance of this record release.

“Over the years, selected records from this collection and for this time period have been viewed by only a few researchers," Proctor said. "But now is the first time the majority of these records are available for research.”

The records cover an important period in U.S. foreign relations with Panama, providing insight into how the Panama Canal and internal politics within Panama affected the development and execution of U.S. policy with the country, according to Proctor.

“This opportunity will possibly allow a reassessment of the many forces, events, and policies that led to the eventual turnover of the Panama Canal,” she said.

The Panama Canal, an American-built 50-mile-long waterway that crosses the Isthmus of Panama, connects the Atlantic and the Pacific oceans. It was the largest engineering project of its time and is still considered a modern marvel of the world to many. It provides a crucial shortcut for ships, using a system of locks to lift ships 85 feet above sea level. 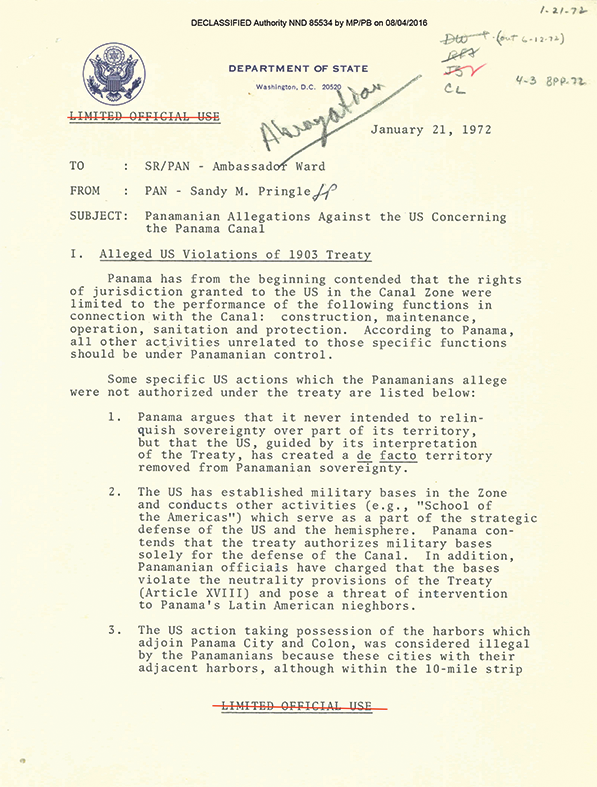 The United States played a significant role in the construction and maintenance of the canal — built in August 1914 — peacefully transferring over control of it to Panama in December 1999 under the terms of the treaty.

In a recent blog post, Archivist of the United States David S. Ferriero explained that issues surrounding the Panama Canal were very complex.

“While the majority of Americans have heard of the Panama Canal, fewer may know the United States’ role in its construction and maintenance, or the part that it played in our foreign relations with Panama,” Ferriero said.

“Debate continues to swirl around issues of why the U.S. turned the Canal over to Panama, Panamanian distrust of the U.S. Government in general, and the imperialistic image associated with U.S. employees that administered and lived in the Canal Zone. Many historians have examined our early pre-and post-construction relations with Panama, but not many have examined the period just prior to the Canal turnover,” he said.

To learn more about the documents contained in this special project release and to view images, see The Panama Canal: Riots, Treaties, Elections, and a Little Military Madness, 1959­-1973.

The National Archives is the custodian of all records of the United States government and has a wealth of diplomatic records available for researchers, historians, authors, and other interested parties. 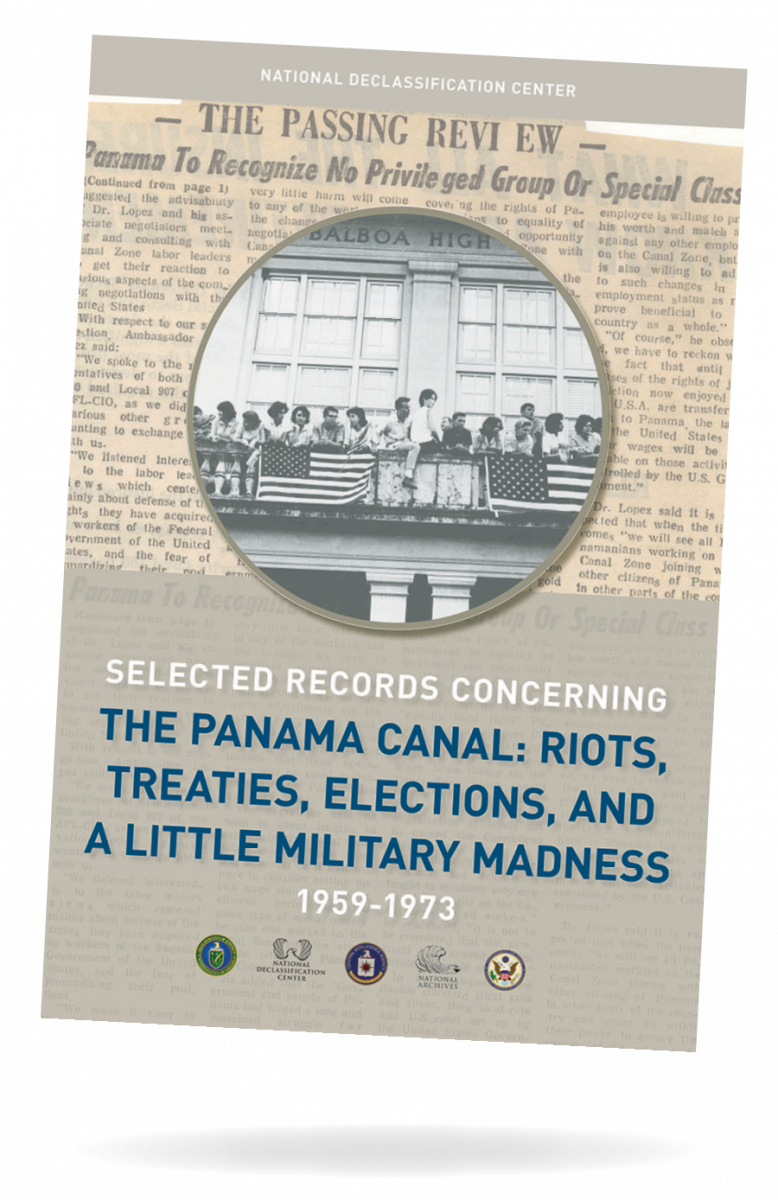