WASHINGTON, September 13, 2018 —  As much of the southeastern seaboard of the United States braced for “Hurricane Florence,” the National Archives in Boston released records that provide a look back at the deadly “Great New England Hurricane” that devastated much of coastal New England in 1938.

Archivists have added hundreds of records and images related to the catastrophic storm—also commonly known as “The Yankee Clipper” or “The Long Island Express”—to the National Archives and Records Administration’s digital catalog. 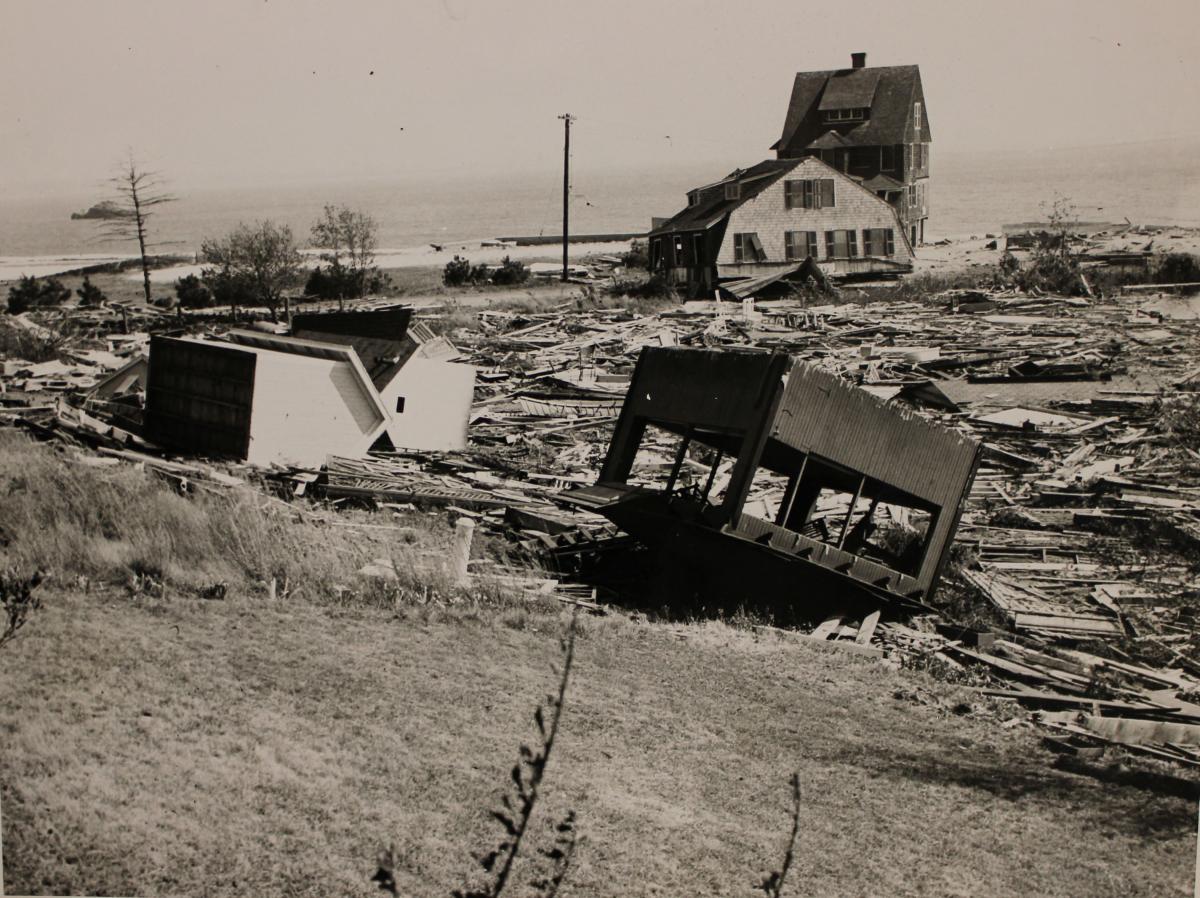 Homes and debris is strewn across Crescent Beach, East Lyme, Connecticut, in the aftermath of the 1938 hurricane that struck New England. (National Archives catalog photo)

The New England hurricane, which made landfall on September 21, 1938, claimed more than 700 lives, damaged tens of thousands of homes and boats, and caused property losses estimated upwards of $306 million, which would be well into the billions in today’s economy. The Category 3 hurricane remains one of the most powerful and deadliest in the northeast region’s recorded history.

The 1938 New England Hurricane made landfall near Bellport on Long Island, New York, and again near Milford and New Haven, Connecticut. The storm, which originated near the Cape Verde Islands and had previously intensified to a Category 5 hurricane near the Bahamas, pummeled Southern New England with sustained hurricane-force winds and caused catastrophic coastal flooding, exacerbated by astronomical high tide.

Storm surge ranging from 14 to 25 feet battered the shoreline from Connecticut to Cape Cod, Massachusetts, wiping out entire neighborhoods, businesses, and marinas. As the hurricane’s center tracked northward, the storm made its mark throughout New England, as far away as New Hampshire and Cape Ann, Massachusetts. Forecasting and advance warning technologies that exist today did not in 1938, and as a result, many Long Islanders and New Englanders were caught off guard by the hurricane’s power and speed.

Alfie Paul, Director of Archival Operations at the National Archives at Boston, said the project to add hurricane-related records to the catalog is just one of several in an increased effort to digitize holdings and provide access to records for millions of Americans.

“One of the agency’s strategic goals—Make Access Happen—is to digitize all analog records,” Paul said. “When we reached 100 percent processed and described [in our unit], the next natural step was to look at augmented processing and digitization. My team knows our records well and what will be of interest to the public both in New England and beyond. The hurricane records are a great example of this.”

Archives technician Daniel Fleming explained how the ongoing project began. “We already possessed some general knowledge of the existence of records in our holdings that related to the hurricane,” Fleming said, “So this project provided an opportunity to not only revisit and digitize the records that we were aware of, but to further explore our records and identify additional relevant material that digitization will make accessible to researchers and the public.” 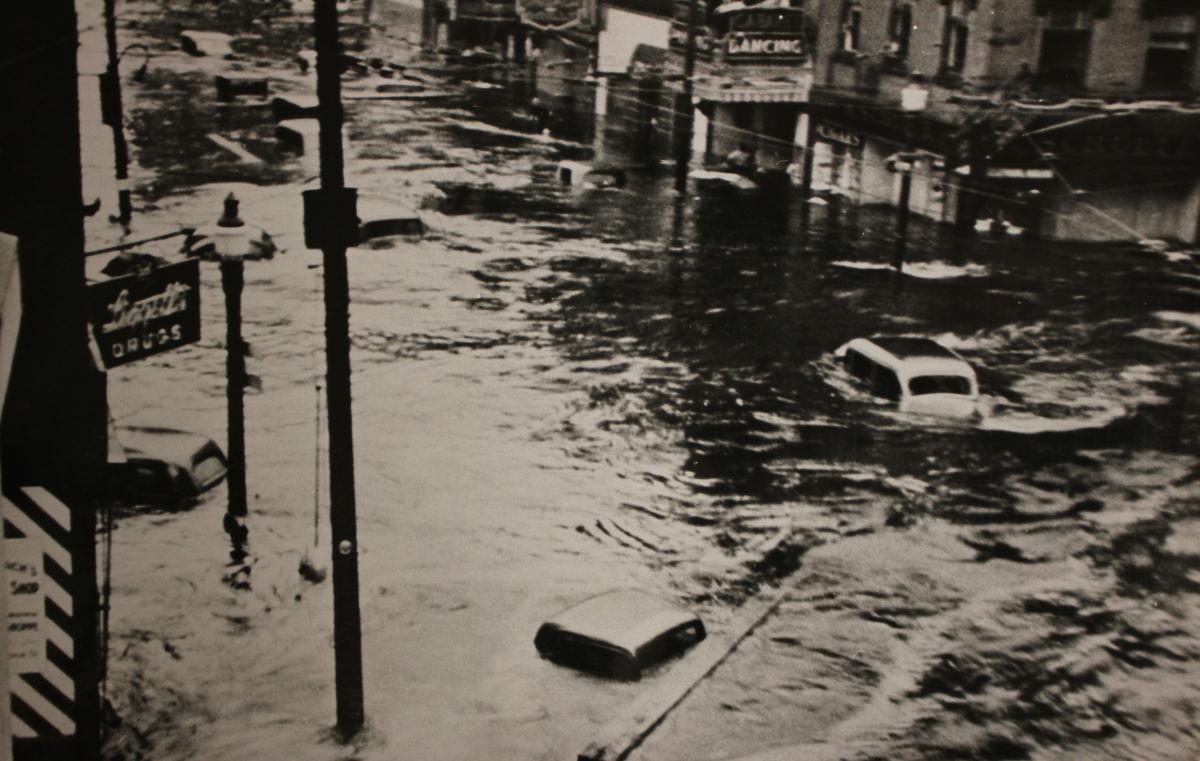 Fleming explained that the National Archives’ records document activities of varied Federal Government agencies that mobilized in response to the hurricane, both during the event and in its aftermath.

“To date, photographs, maps, charts, and textual records representing 12 series and six record groups have been identified for digitization that, when completed, will produce over 3,000 digital images for publication on the National Archives Catalog,” Fleming added.

Fleming told of some of the Government organizations that were involved in the disaster itself and the resulting cleanup efforts. “Lighthouse keepers, light ship crews, and Weather Bureau stations recorded conditions as the hurricane impacted their areas,” Fleming said. “Coast Guard Stations and Naval installations provided assistance to many New Englanders in distress at sea or near the shore.”

Fleming explained how the U.S. Forest Service created the Northeastern Timber Salvage Administration (NETSA) as a program to salvage hurricane-fallen timber and to mitigate the many forest fire hazards created by the hurricane.

“By 1941, NETSA had salvaged over 700 million board feet of hurricane-fallen timber,” Fleming said. “The storm caused epic and widespread destruction to the New England portion of the country.”

He added that the Army Corps of Engineers’ New England District assessed the damage caused by the hurricane of 1938, as well as by subsequent hurricanes, and undertook several projects to fortify interior and coastal areas vulnerable to hurricane damage and flooding.  “Evidence of all of these agencies’ activities exist in the records that are preserved and maintained by the National Archives at Boston,” Fleming said.

“As September is also National Preparedness Month,” Fleming said, “we hope that these records can support public knowledge of disaster preparedness and response as well as promote interest in learning about the history of this devastating natural disaster.”

Fleming added that “in tandem with the digitization project and to further illustrate how National Archives’ records help tell the story of the storm, National Archives at Boston intern Matthew Amedeo recently curated an exhibit, The Great New England Hurricane, which has recently been published on the National Archives’ Google Arts & Culture page.”