WASHINGTON, May 10, 2019 — On this day 150 years ago, the Transcontinental Railroad opened, officially connecting the east and west coasts of the United States. Its completion had dramatic economic, cultural, and political significance for the nation. 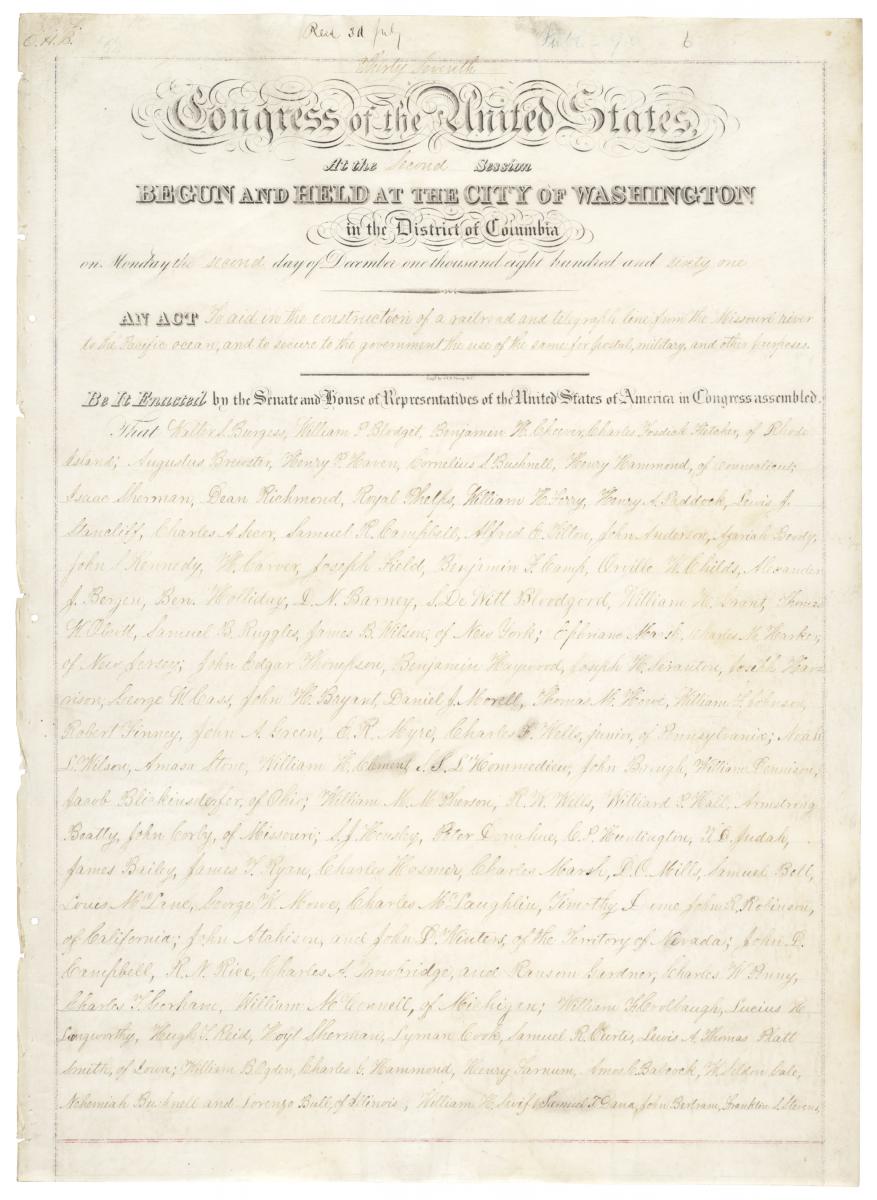 The Pacific Railroad Act, signed into law on July 1, 1862, by President Abraham Lincoln, authorized the building of the first transcontinental railroad through the issuance of bonds and land grants to railroad companies. The National Archives has loaned the original document to the Utah State Capitol where it will be on display through June 24, 2019. (National Archives Catalog Identifier 299953)

In honor of this anniversary, the National Archives and Records Administration loaned The Pacific Railroad Act, the official document that authorized the construction of the transcontinental railway, to the Utah State Capitol in Salt Lake City, where it will be on display to the public through June 24, 2019.

Signed into law on July 1, 1862, by President Abraham Lincoln, the act authorized the building of the first transcontinental railroad through the issuance of bonds and land grants to railroad companies.

David S. Ferriero, Archivist of the United States, explained that the Transcontinental Railroad greatly boosted America’s economy and contributed to the westward expansion by connecting the west coast to the already existing rail system in Iowa.

“The act and the 1864 amendments, both signed by President Lincoln, laid a legal foundation for this technological milestone in American history and eventually transformed the American landscape, literally, politically and culturally,” Ferriero said.

Before the railroad, coast to coast travel was arduous, either by wagon over poor roads, rivers, mountains, deserts, or on stormy ocean waters.The railroad made it possible to travel across the country in one week versus six months through all kinds of weather.

The railway replaced the Pony Express, wagon trains, and stagecoach lines that transported people and goods from the east to the west, which was rapidly developing at this time. Taking nearly seven years to complete, large portions of the 1,907 contiguous line were built almost entirely by hand by Irish workers, Chinese immigrants, and Mormons. Three private companies built the railroad: The Western Pacific Railroad, the Central Pacific Railroad of California, and the Union Pacific Railroad.

The line was officially completed on May 10, 1869, when California Governor Leland Stanford ceremonially drove in the last spike into the track with a silver hammer at Promontory Summit, Utah. That spike, known as the “golden spike,” is permanently housed at Stanford University. It, too, will be on view at the Utah Capitol during the exhibition.

National Archives senior registrar James Zeender, who coordinated the document loan with the Utah Capitol Preservation Board, offered an alternative way to view the act, if visiting the Utah exhibit is not possible. 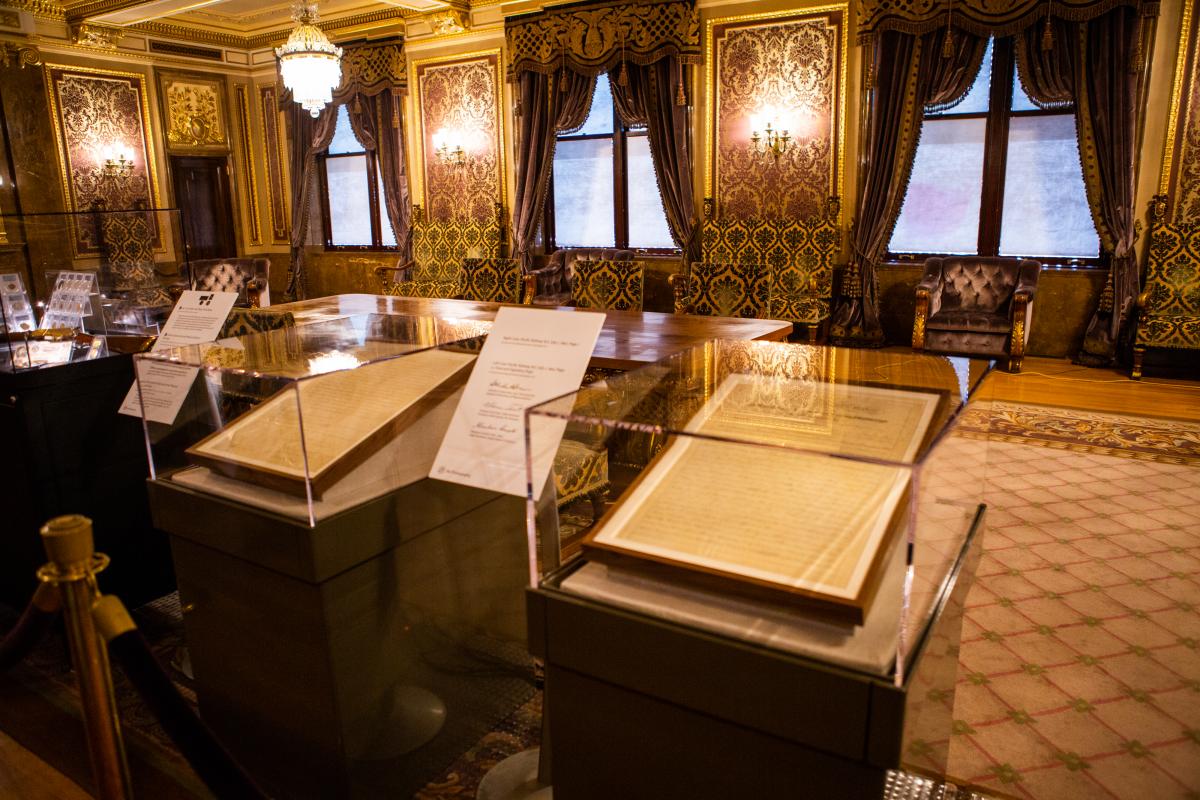 The Pacific Railroad Act, on loan from the National Archives, will be part of an exhibit at the Utah State Capitol in Salt Lake City, Utah, through June 24, 2019.(Photo courtesy of Utah Department of Heritage & Arts)

‘The act is featured in our DocsTeach online catalog along with several other related records, including the 1864 amendments which provided financial incentives to investors,” Zeender said. “There are also several interesting maps, including one of Utah with a conveniently drawn flag showing Promontory Summit where the Union Pacific and Central Pacific rails met.”

National Archives exhibits conservator Dong Eun Kim oversaw the exhibit installation in the Governor's Reception Room at the Utah Capitol in late April. The exhibition, organized by the Utah Capitol Preservation Board with curatorial support from the Utah Department of Heritage and Arts, opened May 3 and will continue through June 24, 2019. For more information on visiting the exhibit, see Treasures of the Transcontinental Railroad.