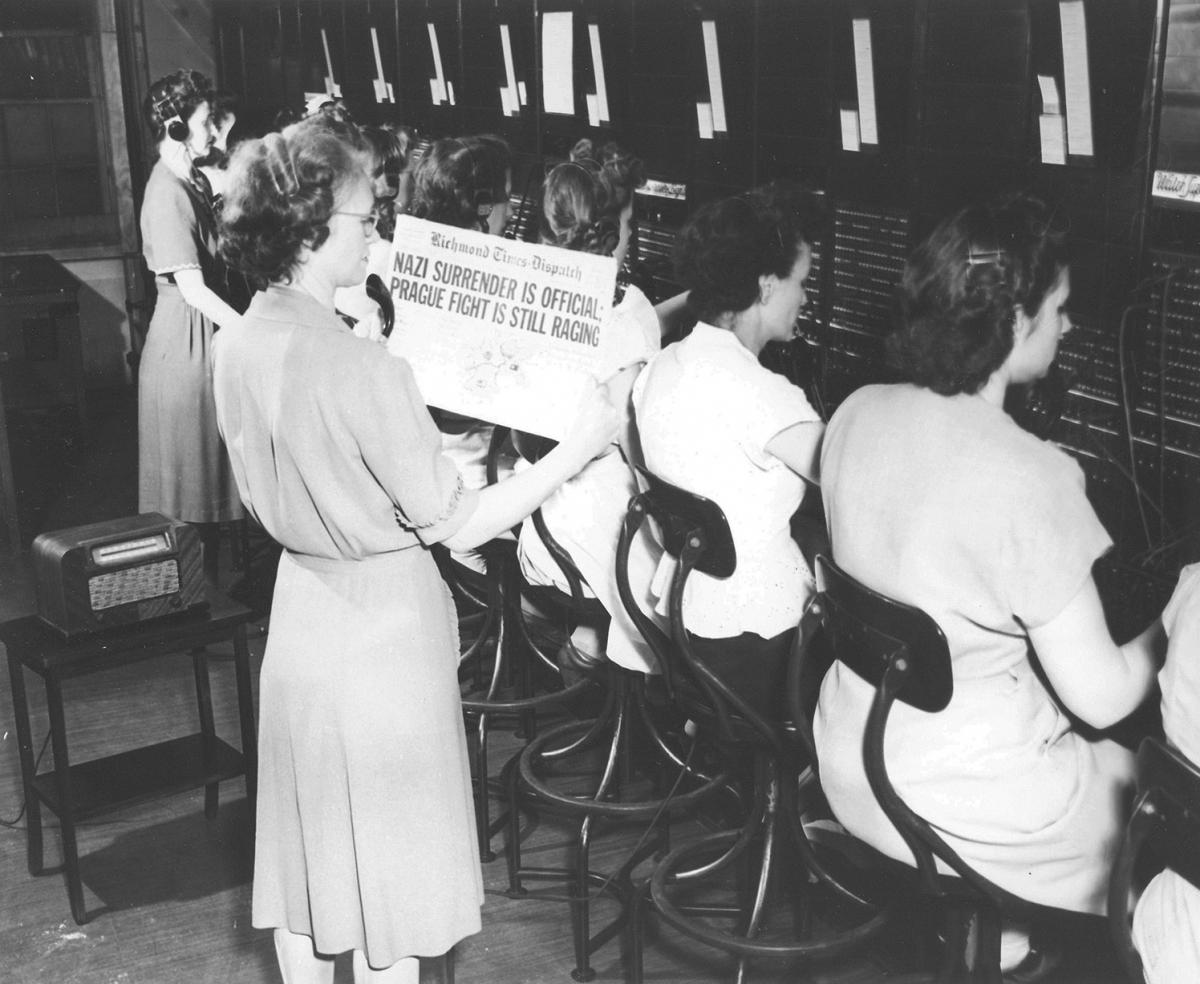 WASHINGTON, May 8, 2020 — In honor of the 75th anniversary of the Allies’ victory over Nazi Germany in Europe, the National Archives is displaying the Act of Military Surrender and its German counterpart, the Kapitulationserklaerung, as the Featured Documents displayed online in May and June. Signed on May 8, 1945, they ended World War II in Europe on a day that continues to be remembered and celebrated as V-E Day.

"The German High Command will at once issue orders to all German military, naval, and air authorities and to all forces under German control to cease active operations at 2301 hours Central European time on 8th May 1945,” reads the first part of the three-page English version.

The documents, originally from the Records of the U.S. Joint Chiefs of Staff, 1941–1977, have been prominently displayed at the National Archives repeatedly—especially on major anniversaries of V-E Day. The last page of the documents, which show the military leaders’ signatures, is particularly vulnerable after more than seven decades.

As National Archives historian Jessie Kratz writes, the first display at the National Archives came less than a month after President Harry S. Truman issued a proclamation about the end of the war in Europe. On June 6, 1945, the surrender documents went on display in the Rotunda.

“Condition-wise, all of the World War II surrender documents are quite fragile, the signature pages especially. We have policies in place to ensure that our exhibitions balance access to important historical records like the surrender documents, with the need to preserve them for future generations,” said museum curator Corinne Porter.

“In this case, the original signature pages (had the exhibit been installed in the museum) would have been briefly displayed during the anniversary in honor of those who served our country during World War II and then replaced with a facsimile for the remainder of the exhibit,” Porter said.

The National Archives also holds the Russian-language version of the formal surrender documents signed at Berlin. The early exhibit of the surrender documents evolved into a larger effort to share war records with more of the American public. Read more about the Freedom Train tour in a recent post by senior archivist Greg Bradsher and about the celebrations of V-E Day by archivist David Langbart.

The Featured Document display is made possible in part by the National Archives Foundation, through the generous support of the Ford Motor Company Fund.