Combat Photographers Talk about ‘Shooting’ the War in Vietnam 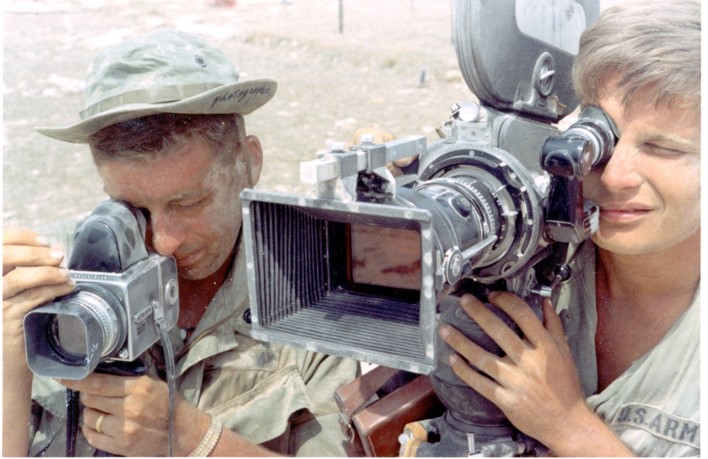 In observance of the 50th anniversary of the Vietnam War, the National Archives and Records Administration (NARA) hosted a panel of five combat photographers who shared their experiences serving in war and the stories behind their iconic photographs at the William G. McGowan Theater in the National Archives Building in Washington, DC.

The panelists were Ted Acheson, Robert LaFoon, William San Hamel, Richard Durrance, and Carl C. Hansen. They all served in Vietnam as part of the Department of the Army Special Photographic Office (DASPO).

“We are proud and honored to support the 50th commemoration of the Vietnam War with this evening’s panel presentation about the Department of the Army Special Photographic Office or DASPO for short,” said Lee Reynolds, event moderator and strategic communications officer with the U.S. Army Center for Military History.

DASPO was a unit authorized by President Kennedy in 1962 and closed down in 1974 following the end of the Vietnam War.

“[DASPO] was charged with providing documentary films and quality photo products showing the Army's operations worldwide and they would report directly to the army chief of staff,” Reynolds said. “Three detachments were created—one in Europe; covering operations there, one in Hawaii, covering operations throughout the Pacific Theater; and one in Panama to cover operations in Central and South America.”

Dr. Erik Villard, event facilitator and digital military historian for the U.S. Army Center of Military History, showcased the combat photographers’ iconic photographs. The event was partly inspired by his book Staying the Course: October 1967 to September 1968.
“I was hired at the U.S. Army Center of Military History to write the book . . . and in the course of doing the research over many years, I came to really value the photographic archival history,” Villard said. “I created a Facebook base group, Vietnam War history org, as a way of reaching out of veterans . . . and one of the draws I think of this group was these great photos that I was finding at the National Archives.” 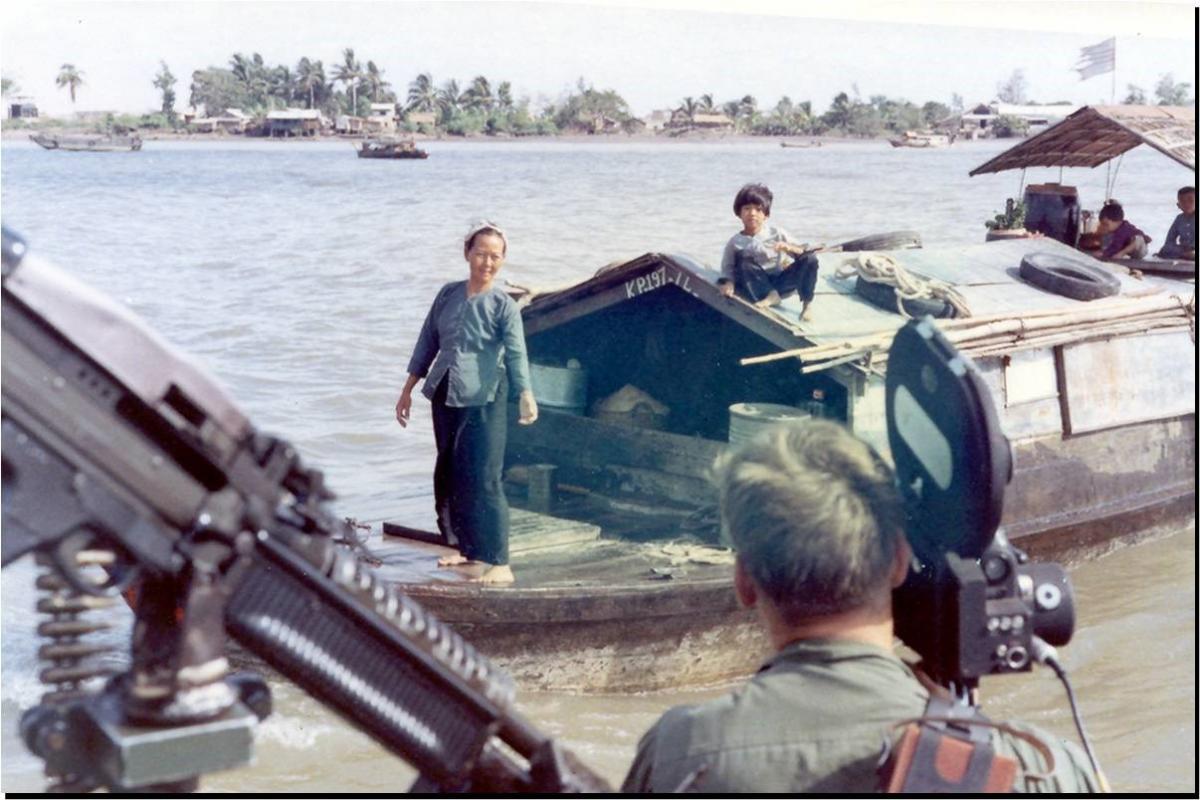 After hearing the story of how this event came about, the five combat photographers got a chance to tell their stories.

Hamel was a pictorial unit commander and a motion picture TV director; LaFoon served as a still photographer; Hansen, who replaced LaFoon, was also a still photographer; Acheson was a cinematographer and had a 40-year career producing and directing national television commercials for the auto industry; and Durrance was a photojournalist in the Vietnam War and for the National Geographic.

As the combat photographers told their stories, their photographs displayed on the screen behind them. “The visual imagery of remembering Vietnam relies on the talents of the many photographers who risked their own safety to capture the stories of the war in pictures,” said David S. Ferriero, Archivist of the United States.

NARA partnered with the U.S. Army Center of Military History in this program to observe the 50th anniversary of the Vietnam War.